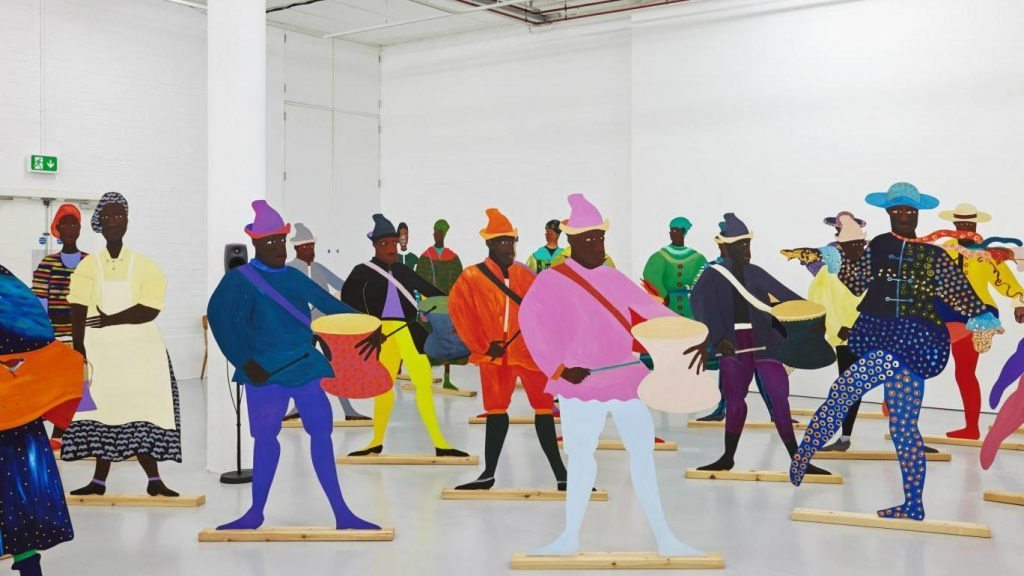 The shortlist for the Turner Prize 2017 was announced recently and the main focus is on the scrapping of the under-50 age limit. It’s a change for the better as it’s age-ist to suggest youth has a monopoly on creativity. Though there is the risk that it will now be given to those who’ve ‘served their time’ in the art world, and let’s hope that never happens.

The other, less trumpeted change, is that now the actual Turner Prize show is part of the judging process. It was shocking for me to realise this wasn’t always the case — so if you went to previous Turner Prize exhibitions, then the work you saw had no impact on the judging. It’s frankly ludicrous this wasn’t part of the process before — but at least the change has been made.

But these are the least of the concerns when it comes to this outdated prize.

The Turner Prize is meant to be the leading edge of contemporary art, this is what always used to upset the conservative media in the past. But now, it’s rather staid and uninspiring. Artists are throwing out works using augmented reality, virtual reality and works that only exist on the Internet. Yet the idea of an artist of that ilk making it into the Turner Prize finalists looks highly unlikely.

I genuinely thought an improvement was afoot over the last three years with the inspired choices of Turner Prize winners Assemble and Tino Sehgal. But this year’s selection seems to suggest otherwise.

The main problem is the selection committee. They are all accomplished judges but they are judges who sit firmly in the art world and rarely see the boundaries of where the art world meets the rest of the world. Therefore they will adopt an approach that favours artists who make art for art’s sake – see last year’s winner Helen Marten.

At the Turner Prize ceremony it’s often presented by someone famous in the arts – often an actor. How about including such a person on the jury to add a fresh perspective, or even a politician. It would be great to have someone who appreciates art, but isn’t an art world insider, to generate debate.

The exhibition would have wider appeal if the public had a say in it too. If an artist makes the final four, they are clearly deserving in the jury’s eye, so why not let the public vote on it. As it’s a closed shortlist there’s no risk of a Boaty McBoatface fiasco. If there’s a worry that the voting could be rigged via people casting multiple votes over the Internet, then it could be limited to people who actually attend the show.

The Turner Prize is off to Hull this year — wouldn’t it be great if the people of Hull had a say in who won. It would get more people in to see the show and generate a lot more buzz among the general public. If this is deemed a step too far then the public vote could rank the artist’s in order, with the jury doing the same — the artist with the highest overall score gets the prize. I admit that Eurovision got there first but it’s a solid idea — let’s try to focus on the merits of the system, and not those of Eurovision itself.

These are just some ideas I’ve come up with, and I’m sure there are many more. Dropping the age limit was a good step but there’s so much more that can be done.

For more in this series, see my thoughts on Art for art’s sake, Conceptual art is complicated, Condo, How performance art is presented in museums, Frieze week floozies, too much respect for an artist’s legacy, opinions not being welcome, an exhibition across three countries, tackling race and gender in art, artist-curators, art fair hype, top 5s and top 10s, our political art is terrible, gap left by Brian Sewell, how art never learned from the Simpsons, why artspeak won’t die, so-called reviews, bad reviews are bad for business, the $179m dollar headline, art fairs appealing to the masses, false opening hours, size matters and what’s wrong with video art.