WHAT'S WRONG WITH ART: It never learned from The Simpsons - FAD Magazine
Skip to content 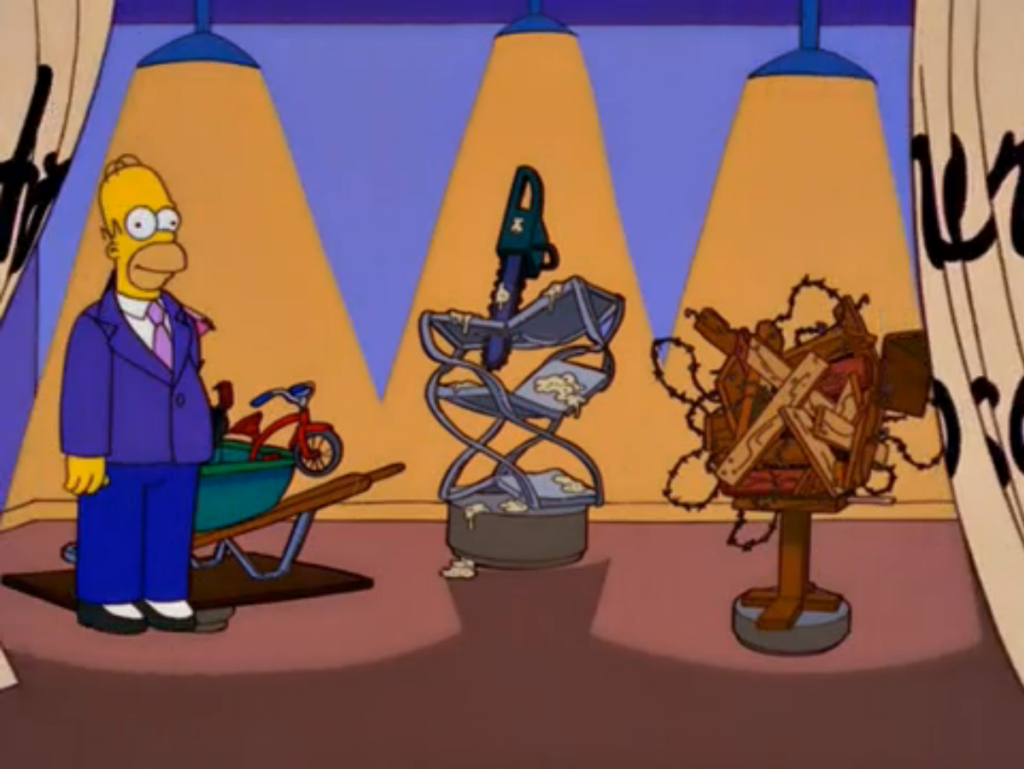 In the tenth season of The Simpsons there is an episode called ‘Mom and Pop Art’ where Homer becomes an artist. His failed attempt at assembling a barbecue pit leads to him smashing the monstrosity further and the result comes to the attention of a fellow artist and improbably Homer becomes an overnight sensation.

But when Homer is given his own show he produces more works that are very similar to his original piece. It isn’t received well and he falls out of favour, before winning the art world back by flooding the streets of Springfield in a nod to the artist Christo.

Apart from being an entertaining episode, it also presents a utopian ideal for the art world — that an artist must constantly innovate or fall out of favour with the art world. This is a striking contrast to the art world we see around us where most established artists churn out similar work year after year, show after show.

Now I realise we can’t live in an ideal world of creative freedom and commercial interests must be met, but wouldn’t it be great if artists were also incentivised to try something radically different. The critical establishment, including me, are just as guilty of letting this happen as we often praise work we’ve seen before and deride artists who step out of their comfort zone to try something new.

One potential solution is for artists to adopt a pseudonym, like authors do, and create works outside of their brand. Wouldn’t it be great if Hirst, Kapoor, Emin et al created gallery shows of work anonymously and then we’d get to see some radically different work without damage to the artist’s reputation.

The commercials may not be too attractive for the artist but it would let them be truly free in their creativity, I imagine this is the primary reason for most artists choosing the profession.

The Simpsons was on to something, it’s a shame that the art world wasn’t listening.

For more in this series, see my thoughts on why artspeak won’t die, so-called reviews, bad reviews are bad for business, the $179m dollar headline, art fairs appealing to the masses, false opening hours, size matters and what’s wrong with video art.