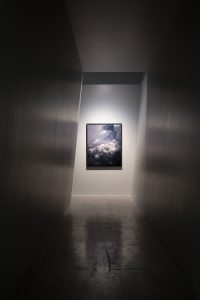 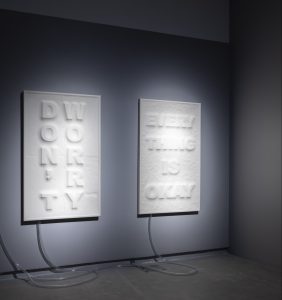 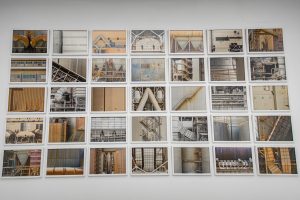 The 7th Edition of 21,39 Jeddah Arts, curated by Maya El Khalil, contends with the global climate emergency by considering the challenges of communication – a very meta-pursuit that it manages to engage with through specificity and a series of highly personal artistic explorations. 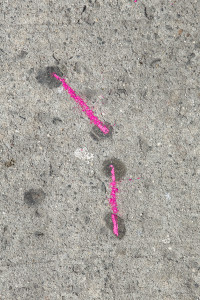 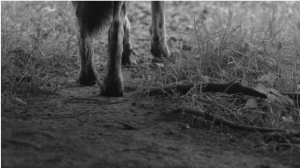 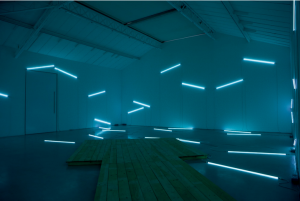 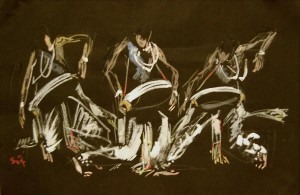 “It looks childish, but it is not childish… one can see how much I love human beings, in my art I… Read More 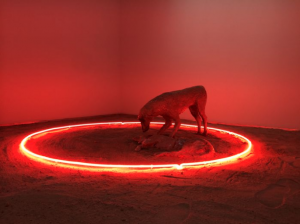 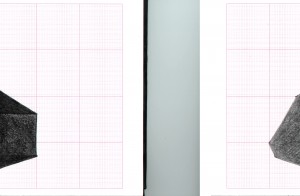 Mariam Suhail titles her works with a significance that alters the whole. 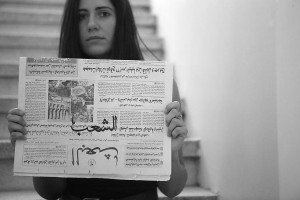 The final in a short series of flashbacks to last season in Dubai, we look at Jaber Al Azmeh’s A… Read More 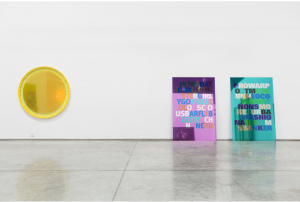 REVIEW :mentalKLINIK negotiating the digitised datafied self in Thank You for Your Cooperation

This year, in Dubai’s industrial zone, a quasi-clinic stood within a warehouse building. The building was inhabited by sounds and mirrors, works which dynamically evolved the perceptions and the position of those who witnessed it.

REVIEW: So long and thanks for all the fish at Lawrie Shabibi, Dubai

Ahead of Dubai galleries returning from the Summer break, we take advantage of the quiet August period to look back… Read More

I guess that dreams are always there, Charbel-joseph H. Boutros Grey Noise, Al Serkal Avenue, Dubai This is an exhibition… Read More 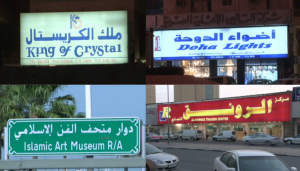 EVENT: Typographic Matchmaking in the City at Creekside, Dubai

The film tracks a year-long collaboration between five teams – comprising 15 Dutch and Middle-Eastern graphic designers, architects and typographers – as they seek to create truly-dual Arabic and Latin script types to be used in public spaces. 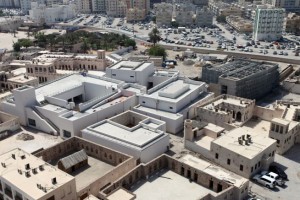 ART NEWS: Sharjah Art Foundation announces Eungie Joo as curator for SB12, ‘The past, the present, the possible’

Eungie Joo as curator for SB12 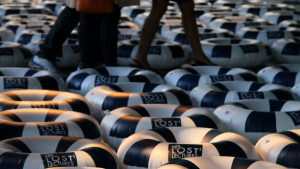 Something For The Weekend: The Lost Lectures – No Special Talent? Passionately Curious? You might be Lost.

Calling London’s lost citizens, the perennially and passionately curious, and all pop-up junkies – this weekend the folk behind The… Read More

Of more than 70 exhibiting galleries at Art Dubai, around a third were European, with another handful New York and San Francisco based. The fair feels, in content and themes, independent from European fairs.

Forget trackside for 100m races, and Olympic tickets long sold out, the place to be this year is on the very edge of the Queen Elizabeth hall in a one-bedroom boat.

An investigation into ‘Kinesthesia’, defined as an awareness (experiencing via senses) of the movement of the body, Nathan Murphy’s research… Read More

Kanye West’s twitter vision of a new era of creativity, picking up where Steve Jobs left off

Earlier this week, Kanye West set out a vision and dream to usher in a new era of creativity, 140… Read More

The ongoing body of work Postal Service depicts and abstracts a spatial journey, taking a documentary process to produce an… Read More