REVIEW :mentalKLINIK negotiating the digitised datafied self in Thank You for Your Cooperation - FAD Magazine
Skip to content

Ahead of the new Dubai art season, commencing next week, we have another flashback to a last-season highlight – :mentalKLINIK at Gallery Isabelle van den Eynde 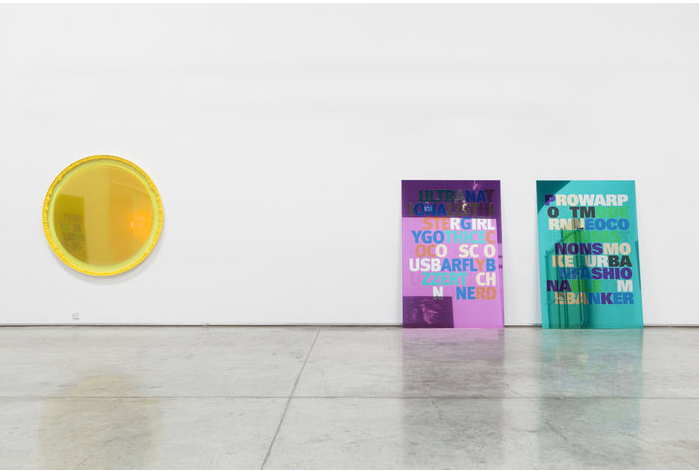 “With all of social media’s feedback loops, we get a comprehensive status update from ourselves, allowing us to consume our own personality as novelty.”- Goolge Alert for the Soul, Rob Horning

This year, in Dubai’s industrial zone, a quasi-clinic stood within a warehouse building. The building was inhabited by sounds and mirrors, works which dynamically evolved the perceptions and the position of those who witnessed it. Their cooperation in this was appreciated – the exhibition’s title, Thank You for Your Cooperation, scrawled in light on a chain-link fence at the entrance – a portent of the participatory experience within. 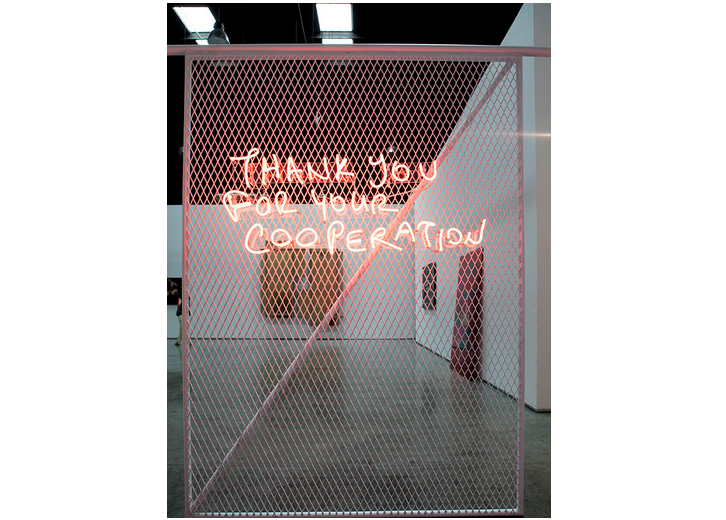 Thank You for Your Cooperation – 2014

:mentalKLINIK were the orchestrators, a Turkish duo often lauded for the complexity of their oeuvre, deftly shifting between emotional and robotic attitudes, fusing materiality and concepts vividly, each method, each artist, each exchange, progressively enhancing the other. The viewer was rewarded for their perceptual participation with a complexity that momentarily challenged their sense of self.

Within, we found ourselves in a fiction of digitisation and technology, both 21st century Goliaths evoked but not present. Ceci n’est pas un ringtone! one might observe, as FOMO, a ‘subcutaneous sound sculpture’ of disruptive disembodied phone noises, ricochets around the room. The title is meant to alert us to anxiety as we consider what we are missing out on elsewhere. But isn’t that noise a kick? It’s been demonstrated that the human brain responds to our phone tones with the release of dopamine. So we brace ourselves, aurally coiled in a heightened sense of alertness for its arrhythmic arrival, unnerved, imagining the other who is trying to communicate, and simultaneously aware this fiction is a drill to test our bizarre consumption and communication habit. 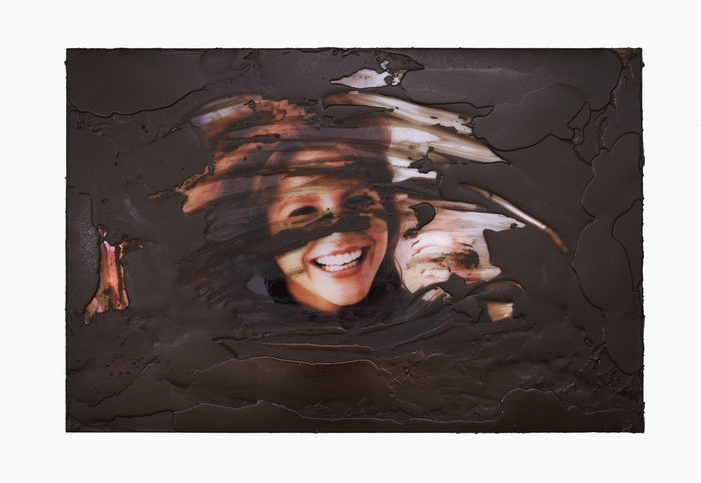 A mud-smeared (stock?) photograph of a woman is an anachronism, perhaps carelessly discarded then salvaged in an attempt to invoke the sentiments once associated with it. It is oversized, loaded with probable, possible meanings, and its mundane physicality drab in a room saturated with candy-coloured mirrors and aural treats. On the same wall another sentimental object has been discarded – a teddy bear trapped within Simon Floor 23rd. The physicality of these objects is unexpected – this is an ephemeral space composed of noises and reflected lights that have cohered into a continuum – these objects are so static it feels appropriate that they have been left behind, too heavy in their presence to become part of the dynamism of the space. An ironic emphasis of the metaphysical heaviness of the pieces is contained within the titles – the photograph series is Walking on Air and the teddy bear should be up there somewhere, high on the 23rd floor. 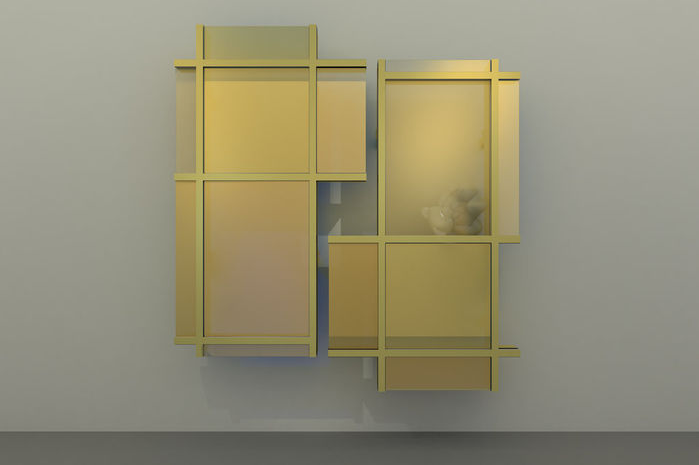 Again we recognise our consumption habits guiding us, we are comfortable with the social media ephemera made ‘reality’ – the profile as object, the ring tone as sculpture – but the photograph and the teddy bear seem disingenuous. We consume information as it streams by, we are individuals in constant flux – the exhibition catalogue goes some way to identifying the origins of this feeling: “if disorientation, as Jameson suggested way back at the dawn of postmodernism, is the inability to cognitively map space and time in a new era of full-time consumption, then nowadays, in what some are calling post-postmodernism, disorientation is simply a way of being in the world.” But what if there was a third way, one that is not about consumption of products at all, but rather motivated that most fundamental of desires – identity and finding a means to consume it.

The pieces in the show – both the ‘heavy objects’ – the mud smeared photographs and the teddy bear – and the virtual-made-real Profiles – are individual’s names – the implicit question posed – which represents a person? How can the self be constituted? Lacan’s conception of the self as fractured and objectified is useful here, demonstrating that disorientation in a soup of culture, society and externalities – what Lacan terms the other or Other – is not a new concern. In brief, his theory posited we might have a sense of self, but it is always deferred and unknowable because we can only approach it through the other / Other – we have no tools at our disposal but those outside of us, and these are insufficient. We can recognise ‘ourselves’ externally but this is always an act of objectification because it reduces the immutable self to a static image or moment in so far as it can be understood, even that figure in the mirror is detached. 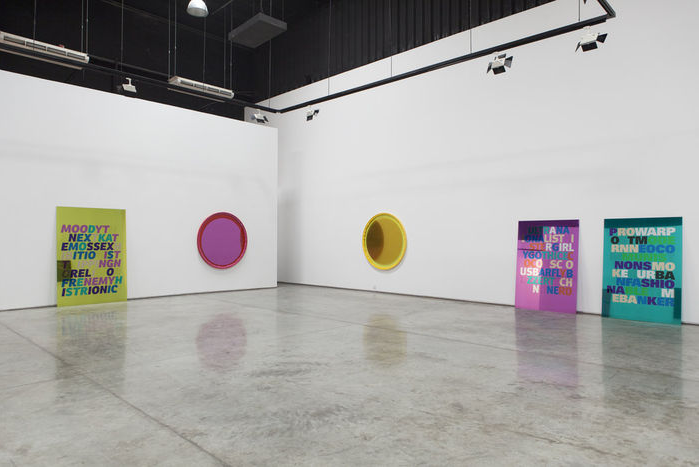 As an appropriate challenge then, mirrors line the walls – we see ‘ourselves’ at every turn. These mirrors are Profile, a series of ‘blurbs’ that initially seem to reiterate a truth universally acknowledged, that our social, digitised selves are void of real character – here are your uni-personalities! Comodified, projected, distilled, deficient! And yet, their striving is very human and very real – like that eternal desire to commune with our ‘authentic’ selves. The linguistic element is no more or less adequate at giving us some sense of our identity than the image of our self we see reflected.

For Jack Halberstam Profile is composed of “random markers that are circulated to try to distinguish one subject from another” and which transform “the uniqueness of the human subject…into lists of adjectives, profiles, one word signifiers expected to introduce lost and lonely souls to one another.” 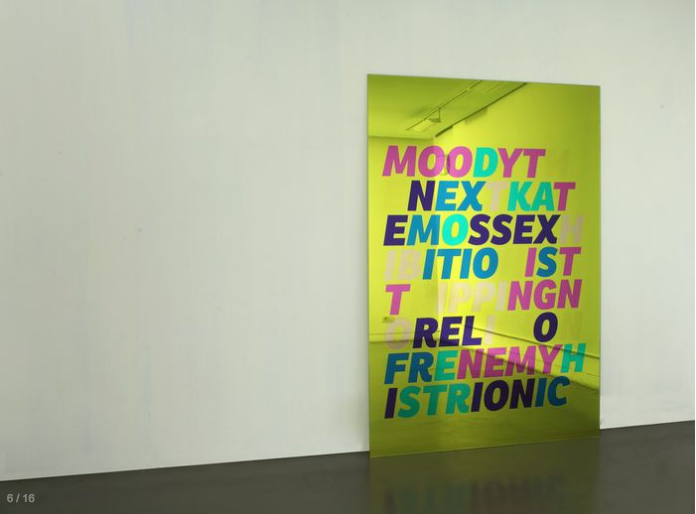 And yet, perhaps Profile and the social / online commodification of self with the ‘blurbs’ it seemingly emulates, strives beyond categorisation. Evolved into a set, it gestures towards a ‘grammatization of the social’ – a concept identified by Bernard Stiegler to denote the template driven mode of expression imposed (or facilitated?) by social media.

This new grammar, with its codified structures – newsfeeds and X-Pro II filters, hashtags and likes – might be the means to guard against the “immense bombardment in the extremely short duration of the moment” (:mentalKLINIK in conversation with Jérome Sans). Even more than this, there might be a latent potential in this structure – that of coherent individuation. Rob Horning speaks to this “the templates of social media hold the self in place and reveal it as it emerges”. Perhaps then, Profile is not as random and constricting as the flawed signifier / signified relationships it is composed of. The linguistic constriction risks objectification, yet, does objectification of the self-matter and is our social self really objectified? Surely the social process is sufficiently evolutionary to be a new kind of identity making? For :mentalKLINIK it may be a moot point, they recognise that “there is a tense relationship between the object and the human in our age, they are equalized ?as both are datified.” But it is this datification which perhaps allows the dynamic between authentic self and knowing self to shift.

Their conception of this relationship echoes an astonishing foresight identified in Baudrillard’s early-1980s writings on the masses, and its relevance to the viewer’s encounter with Profile is striking. Baudrillard seemingly predicts social media and the significance of “anticipated statistical verification of our behaviour”, that it is a “permanent refraction of our least movements [meaning] we are no longer confronted with our own will. We are no longer even alienated, because for that it is necessary for the subject to be divided in itself, confronted with the other, contradictory. Now, where there is no other, the scene of the other, like that of politics and society, has disappeared. Each individual is forced despite himself into the undivided coherency of statistics.” 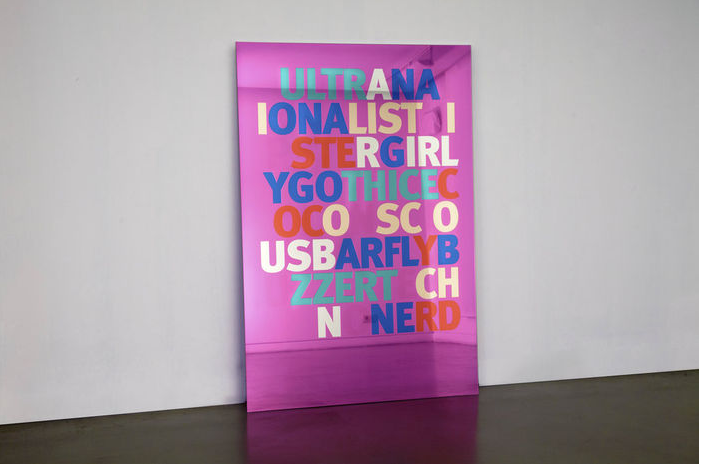 Profile focuses its dynamic gaze on this refraction, literally a mirror, we see ourselves, yet the blurbs – so coherent the words elide – are not the signifiers we elect for ourselves. We try to recognise our self, are forced to try on first one profile then another. Ultimately, we are situated in a disorientating space between a plurality of identity modes – the eternal desire to know and realise the authentic self, the sense of self mediated through the ‘other / Other’ and that more modern and preoccupying desire for equilibrium between that mediated self who negotiates the world, and the new coherent social, datified self.

We turn to the evolving, dynamic and externalised other that our mediated self could cohere with, redirecting our desire to know that ‘authentic’ self we sense but can’t know – located beyond the language we have to reach it – towards this more knowable aspirational sense of self. And we see a new way, can accept that “no one is as self-contained as the ideology of individualism asserts. Social media seem to afford more control over this interdependent individuation process, making the burden of self-surveillance into a procedure of self-care” – Google Alert for the Soul, Rob Horning

:mentalKLINIK reveal this new feedback loop and situate us within it, indicating a new point of departure, where we can productively, progressively leave behind the always frustrated desire to know our authentic self. Like the text tones of FOMO that provide the kick of dopamine – satisfying that urge – without signifying anything, we have cooperated and been rewarded with new potential. And with this, elemental drives can be directed productively towards a new kind of individuation no more or less authentic than the impossible pursuit of the unreachable self, and more dynamic than an objectification of self through stable external signifiers.

Feeling buffeted by the vicissitudes of that endless digital stream of information? Need some balsam for your disorientated soul? Check out this gorgeous whimsical manifesto – a tap-essay called FISH, by Robert Sloan

Want more? Read Google Alert for the Soul, a paper delivered by Rob Horning at Theorizing the Web 2013 in full 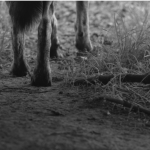 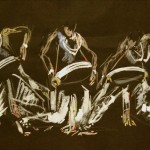