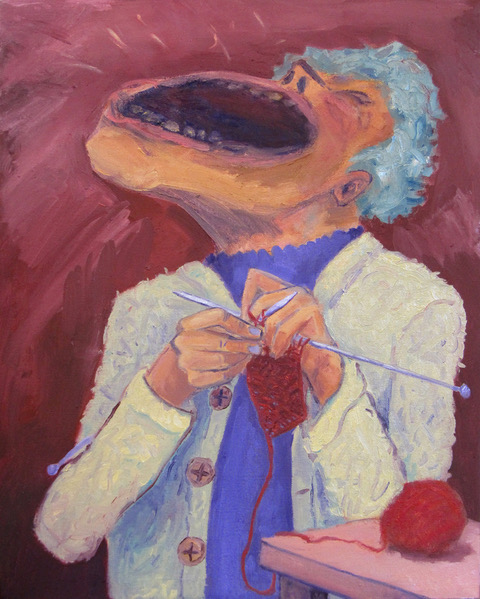 The Discerning Eye (19 Nov- 31 Dec) is a show – usually in the Mall Galleries, online only this year – of small works chosen by six prominent figures from different areas of the art world: two artists, two collectors and two critics. The selectors make their choices independently, so there are effectively six separate exhibitions, and they do so from both the publicly submitted works – 6,000 this year – and works by personally invited artists. Consequently unknown artists line up with famous names. I spoke to painter Dale Lewis, who explained that it took him two days solid to look through the 6,000 images. He ended up with 60 of those plus 16 artists he invited, and focused very much on work which shared his own interests: urban, figurative, priority to emotional impact over technical exactitude and detail. No doubt his original vision of a physical room hung salon style, and teeming with people, would have been compelling. I selected four of Dale’s picks from the submissions, and asked what drew him to them:

‘I imagine knitting as a serene and peaceful activity, so it was nice to see this old woman losing it as the knitting gets faster and more aggressive. You can also think of it as representing the emotional frustrations of lockdown in an isolated activity.’ 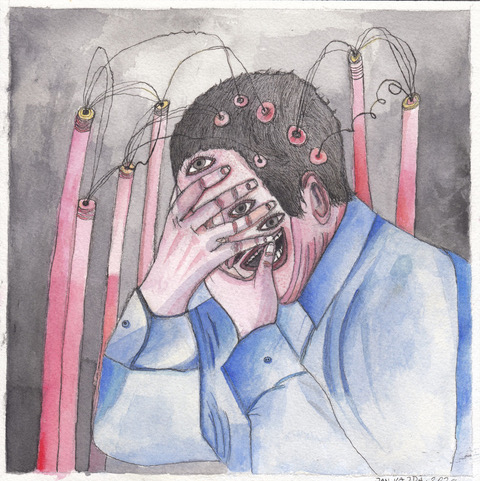 Jan Vajda: The smile by Bluebeard 1

‘This looks like therapy art from an outsider perspective but it also gives a sense of the turmoil of deciding what to do as a painter. There were many conventional self-portraits submitted, and this was a refreshing contrast.’ 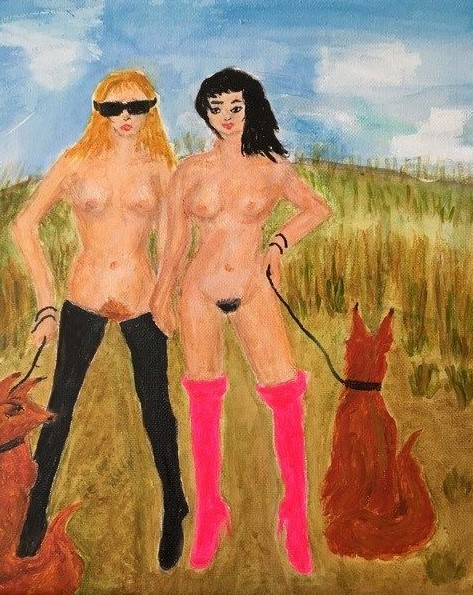 ‘I imagine them to be American biker-chick kind-of-killers. What I liked most was how the dogs are looking away – men would be looking at the women with ‘animal lust’, but the animals ignore them. And I like those black boots coming up so far…’ 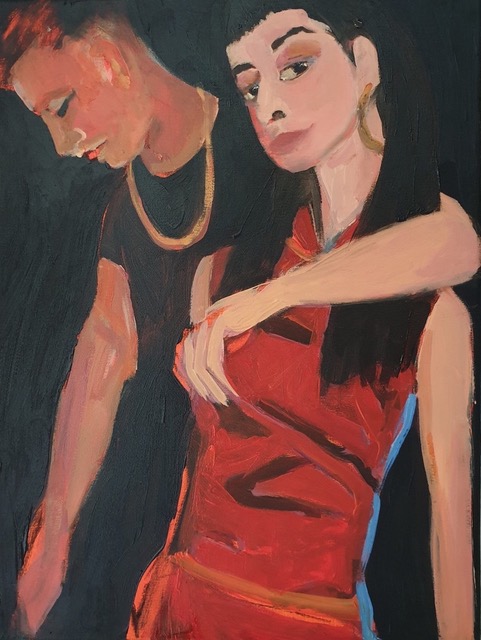 ‘ The girl catches your eye with a touch of youthful arrogance as the boy leads her on. You’re not sure where you are – at home, in a nightclub, on the street. But they have the sort of casual contact we haven’t had this year, and there’s a feeling of anticipation.’