Do Try This at Home - FAD Magazine
Skip to content 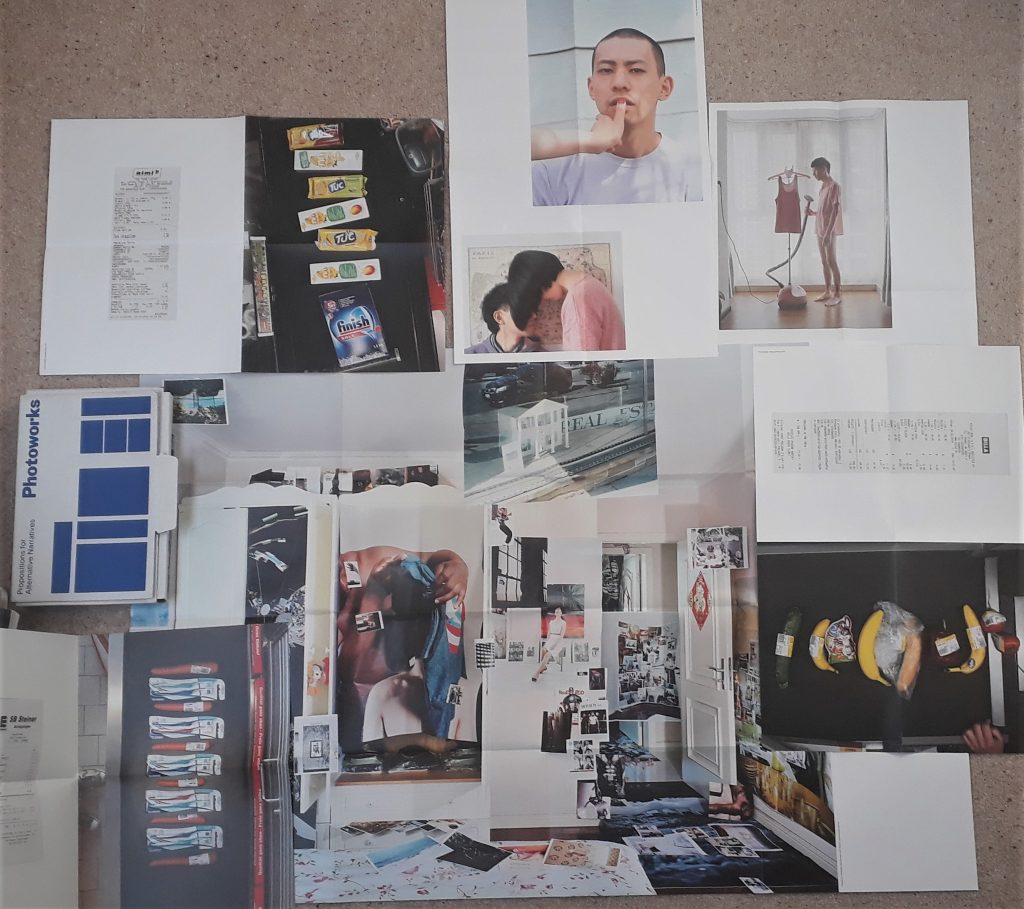 Choices from the ‘Festival in a Box’

Exhibition making has got more complicated: not only is there the matter of what to show and how, there is the question of how to adjust the display to Covid-19 circumstances.  Innovation kudos, then, to the Photoworks Festival in Brighton, which ran 24 Sept- 25 Oct. ‘Propositions for Alternative Narratives’ adopted a double-pronged strategy based around avoiding both the historic ‘inside buildings’ model and the increasingly prevalent switch to online as primary. There was an events programme – but the main presentations were by post, and on the streets of Brighton, Hove and Worthing.  Whilst neither could claim the full materiality of photographic prints, both allowed for a physical encounter with the work. 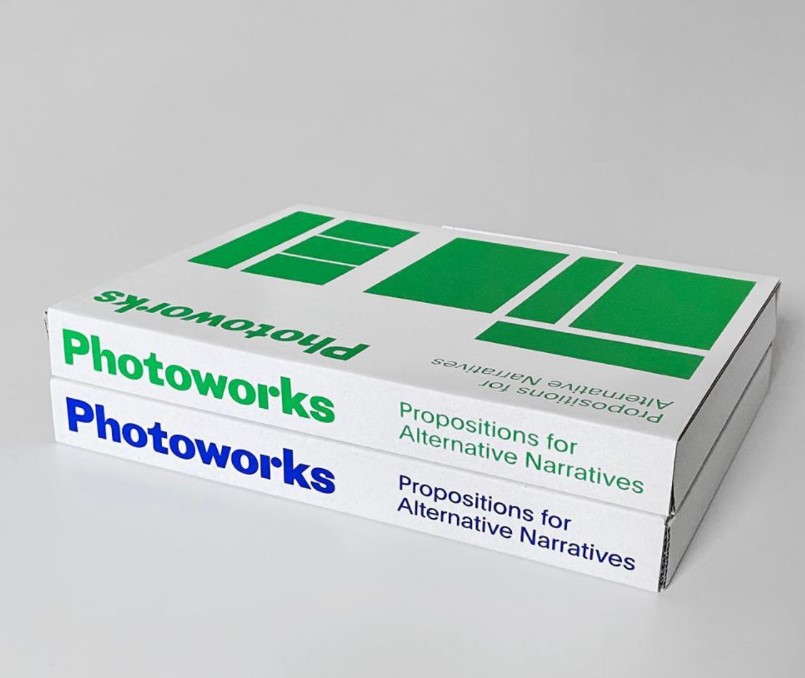 For the ‘festival in a box’ – in Director Shoair Mavlain’s words – ‘the artworks travelled to people’s homes, classrooms and community spaces’, so eliminating the reliance on personal travel ‘which itself relies on economic privilege’ and allowing the viewer to ‘become the curator’ by choosing how to hang the work. It would probably be more accurate to attribute the installation phase to the audience, given that the eleven artists and their works were pre-selected, but the box and accompanying wide-ranging texts were imaginatively presented and did make for an interesting alternative means of engaging with the material.

The use of the streets also makes sense: that can engage the passing public who might not enter gallery contexts. It also provides increased scale, and has the potential to generate an exploratory experience, and to increase the images’ relevance through their siting. Those advantages remained mainly in the theoretical category: the advert-sized posters were far from prominent; few meaningful relationships occurred between what had been photographed and where it was placed; and I found it more of a frustration than an adventure to track down the poorly identified sites – added to which, heavy rain reinforced the comfort of gallery spaces!

As for the content of those two modes of installation, it was excellent. I liked the contributions of Farah Al Qasimi, Alix Marie, Roger Eberhard and Alberta Whittle – interesting artists with whom I was already familiar – but I focussed my own home install on the new-to-me Pixy Liao, Ivars Gravlejs and Guanyu Xu. All three undermine usual logics to present ‘alternative realities’: 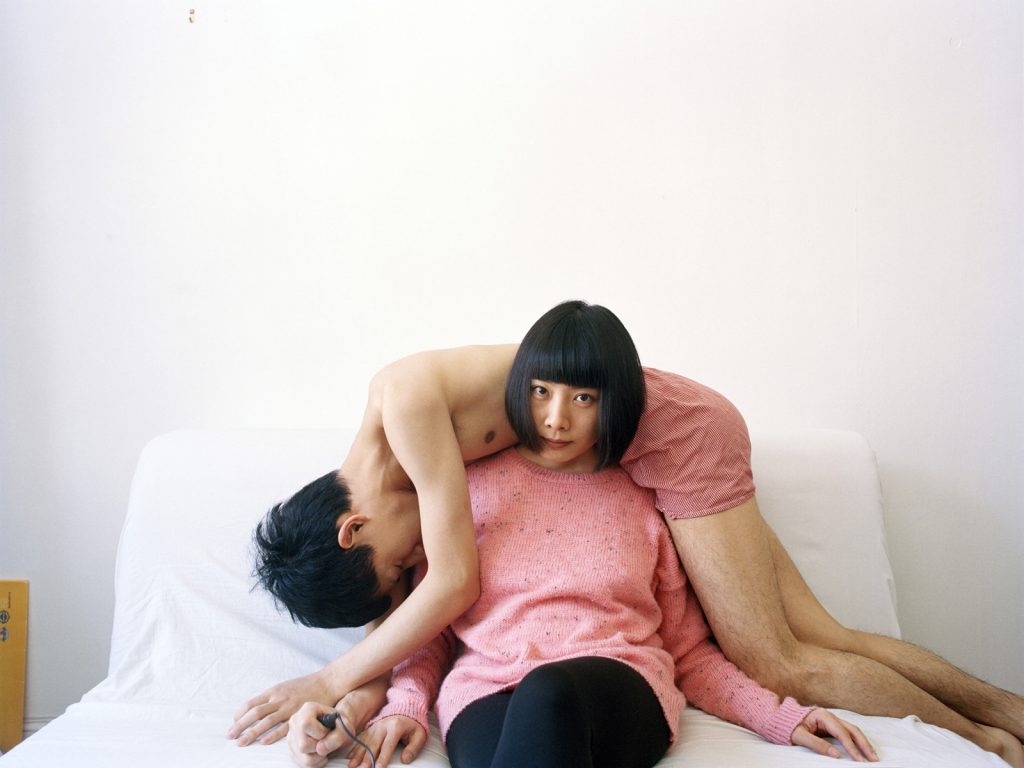 For ‘Experimental Relationship’ Chinese artist Pixy Liao photographs her younger Japanese boyfriend, with or without her own presence, in ways which reverse ‘normal’ role expectations, just as the ‘normal’ age gap and the ‘normal’ Sino-Japanese antagonism are reversed by their partnership. 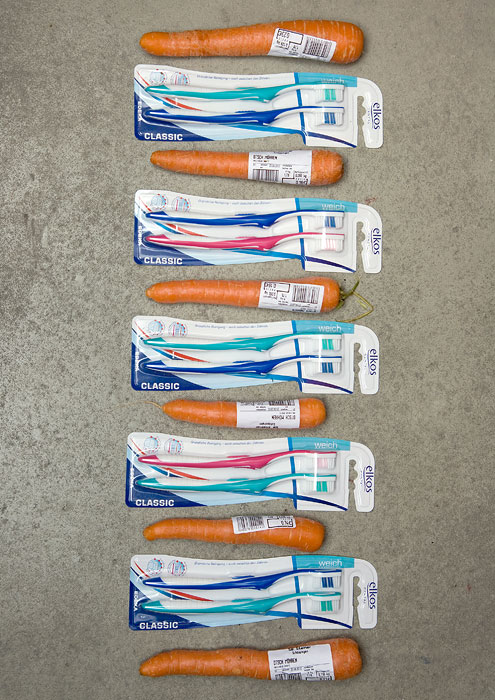 Ivr Ravlejs’ ‘Shopping Poetry’ presents purchases laid out on supermarket conveyor belts in the order of their accompanying receipts, arriving at a new mode of still life by subverting the normal purpose of shopping. 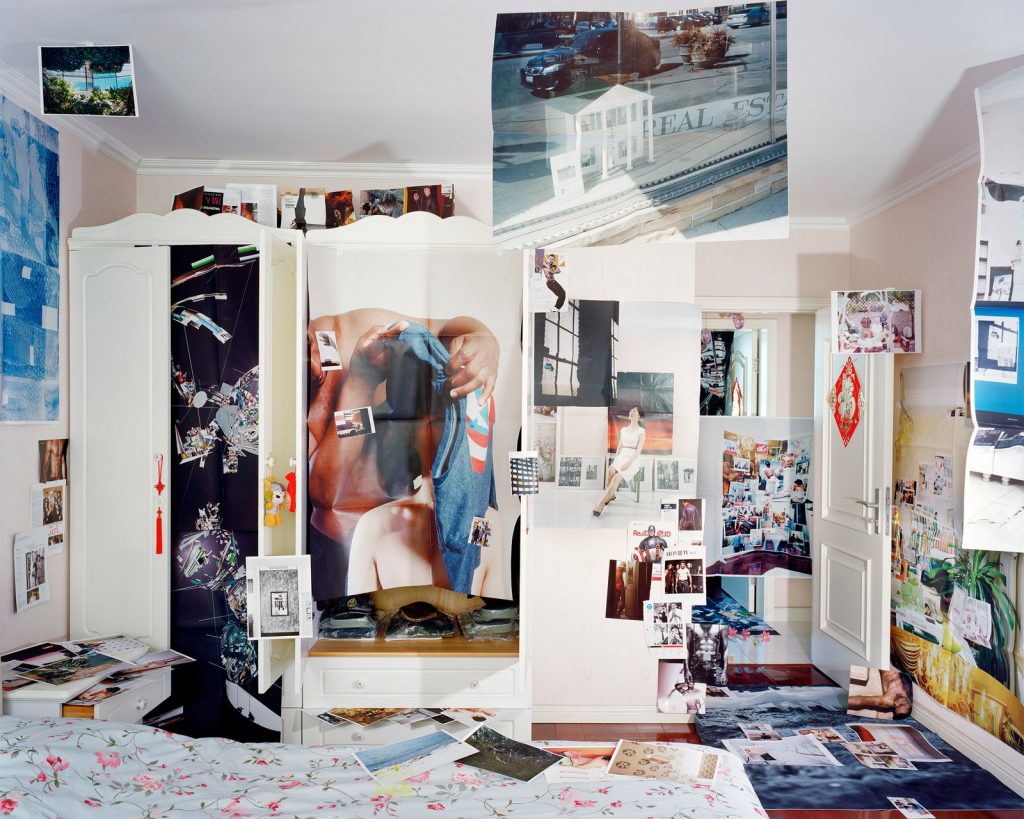 Guan Yu travelled from the US – where the artist, who is gay, now lives – to his childhood home in China, and installed his photographs there to queer the conservative family setting. Here’s my photo of his photos of his photos in his home in my home…. As in Open Closets’, 2019.