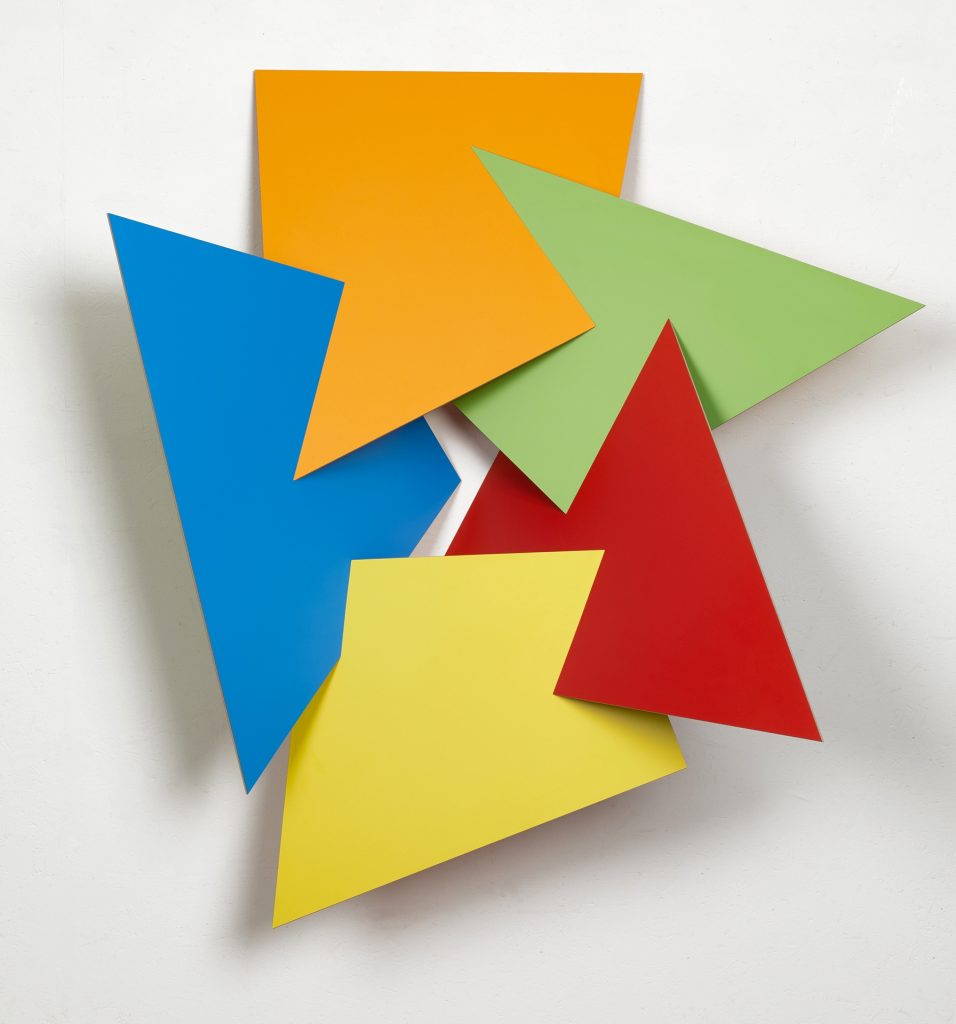 The Dallas Art Fair has taken a hybrid position in response to the coronavirus: it has stuck to its original dates of April 14-23, but only online, postponing the physical fair to October 1-4. Here’s a choice of six works you can see and buy in advance at  dallasartfair.com/online  should you happen to have the requisite amounts to hand… 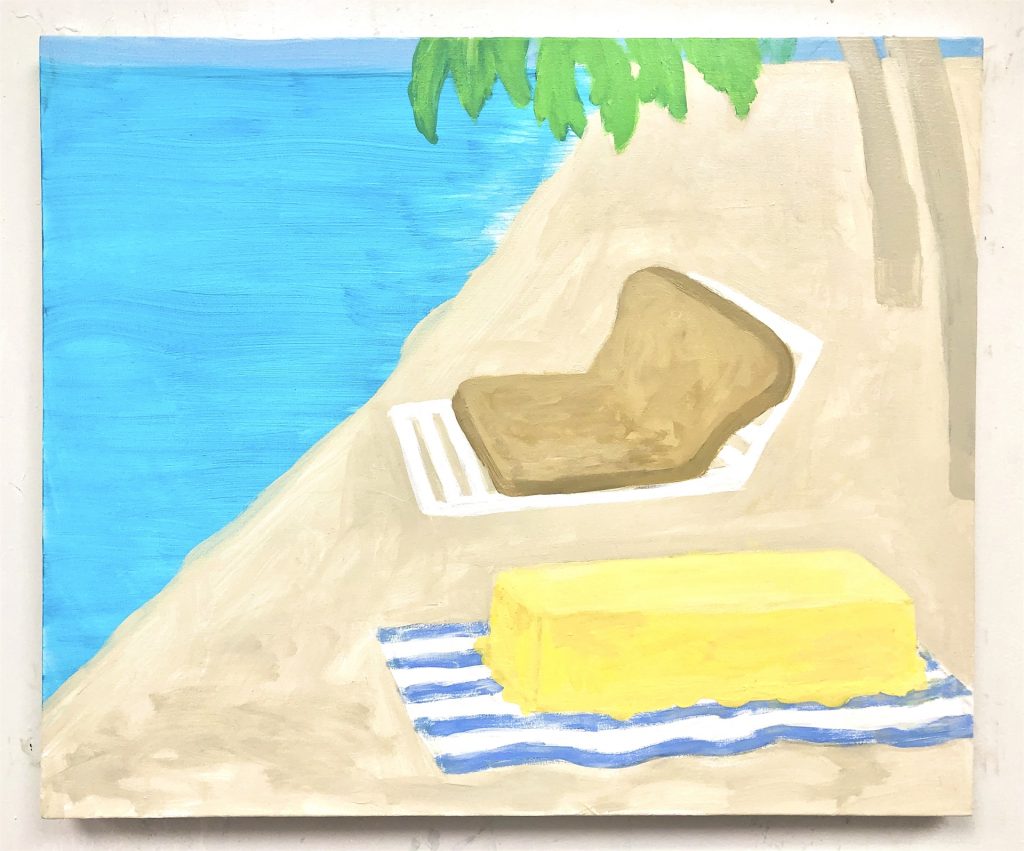 Canada says of Michigan artist Scott Reeder that ‘the drive to cover uncomfortable terrain is the bread and butter of his work—in some cases literally’ – this being the case here, one of a series of  deadpan paintings inviting us to anthropomorphise the basic food pairing in scenarios ranging from a disco to an intimate meal to a therapy session. 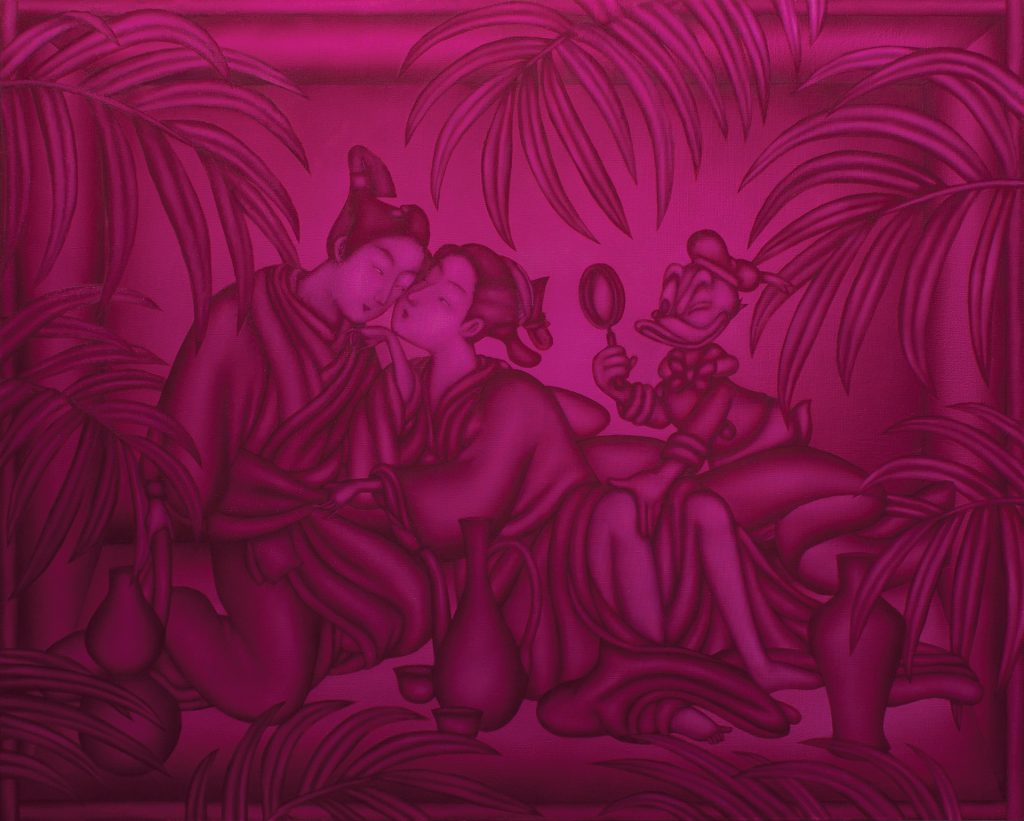 Christine Park, who moved her gallery from London to New York in 2017, shows an artist who has a Chinese father and American mother and has trained in Florida, Chicago, London and Korea. Mathew Tom combines elements from Asian and European traditions to create his own version of a utopia in which human and animal, real and symbolic take equal roles in a universal vision of harmony. I guess it shouldn’t be too hard, then, to find love there…. 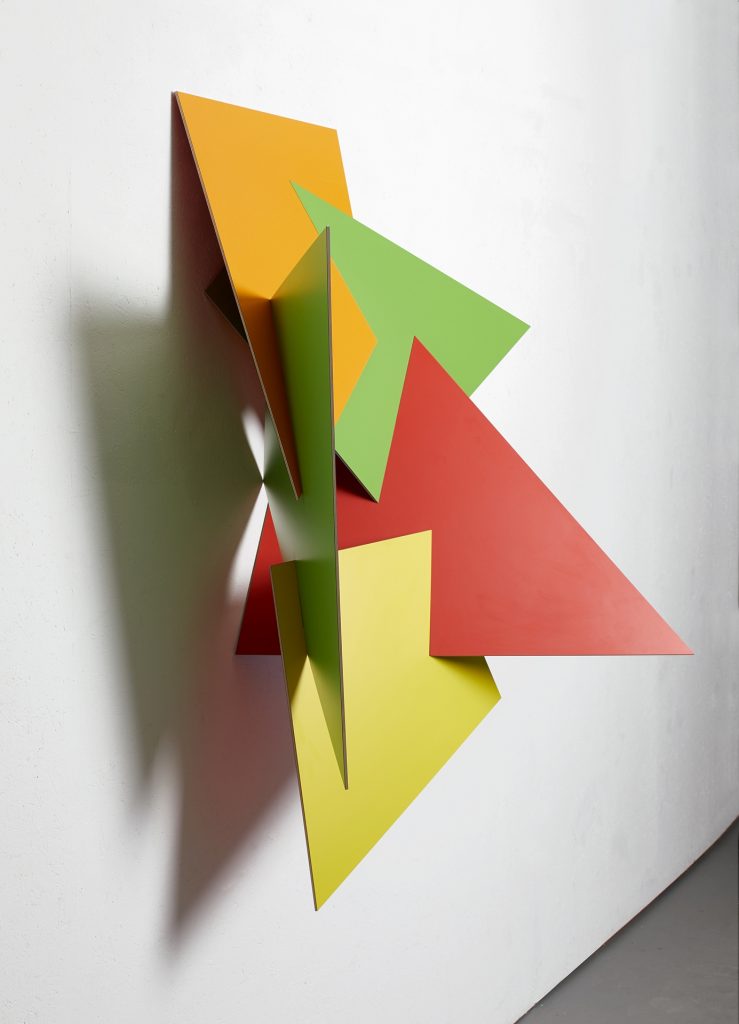 Beat Zoderer is a Swiss artist whose background includes architecture, often apparent in how he brings order to the potential chaos of found materials which he combines with a blend of chance and control.  The key to this resin on plywood wall sculpture is the contrast between back and front colours viewable from the side as one moves around its complex intersections of geometry. 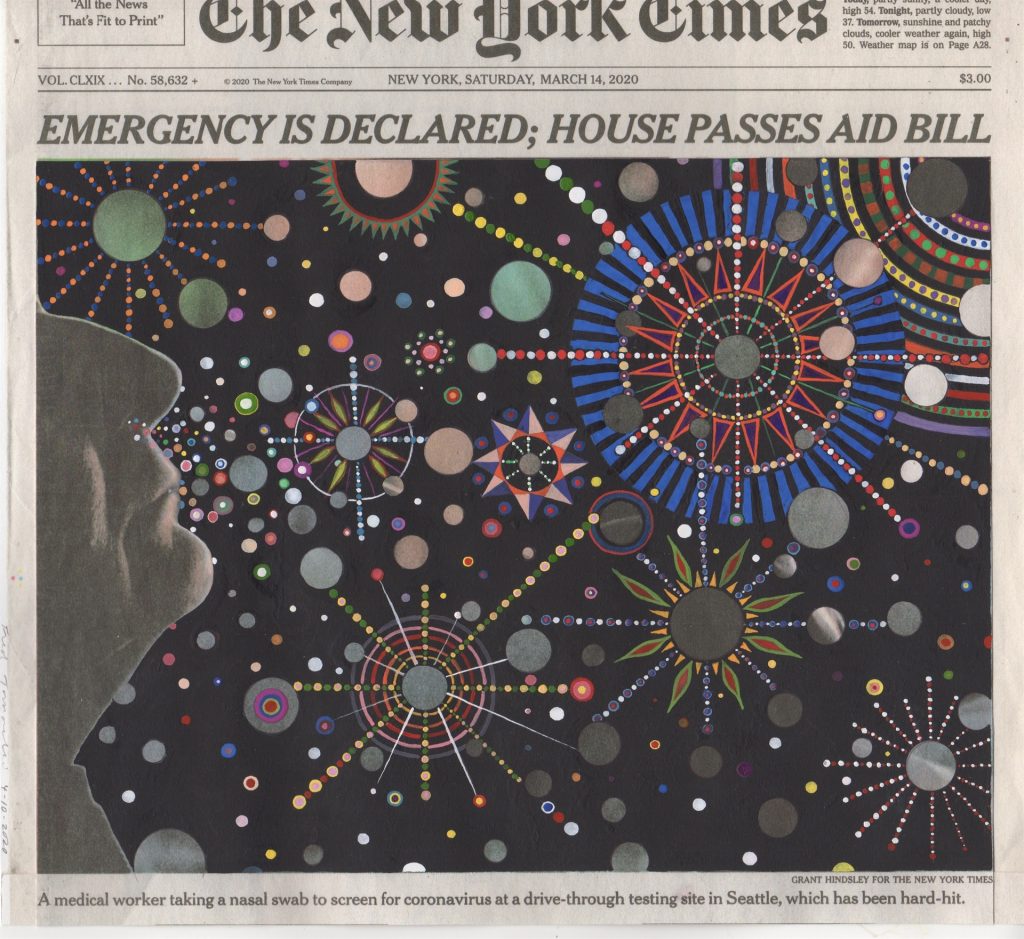 Since 2005, Fred Tomaselli has been altering the front page of The New York Times, highlighting the day’s catastrophes and nightmares with layered collages and detailed paintings. So I guess it was easy enough for him to decide how to react to being quarantined: in his words “I think that maybe the Times collages are quietly political, in that I can riff on anything I want, while the horrors of the world become the background buzz. Maybe I’m saying that the world may be going to hell, but I still keep painting.” 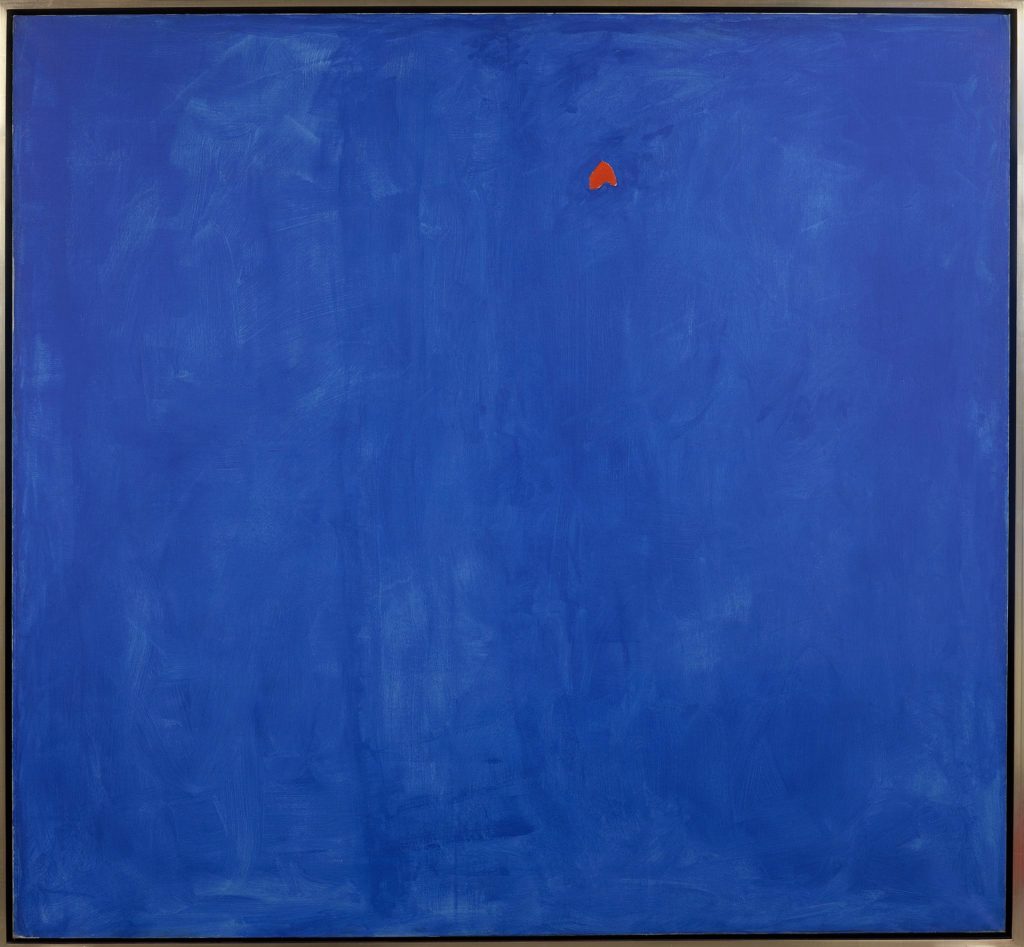 Although known primarily as a gallerist who championed Abstract Expressionism, Betty Parsons (1900-1982) has recently been gaining increased recognition for her own art, including a solo show at Alison Jacques in London. This is certainly a radical way of tackling figure / ground issues, and one which we can now see presents an unimpeachable degree of social distancing. 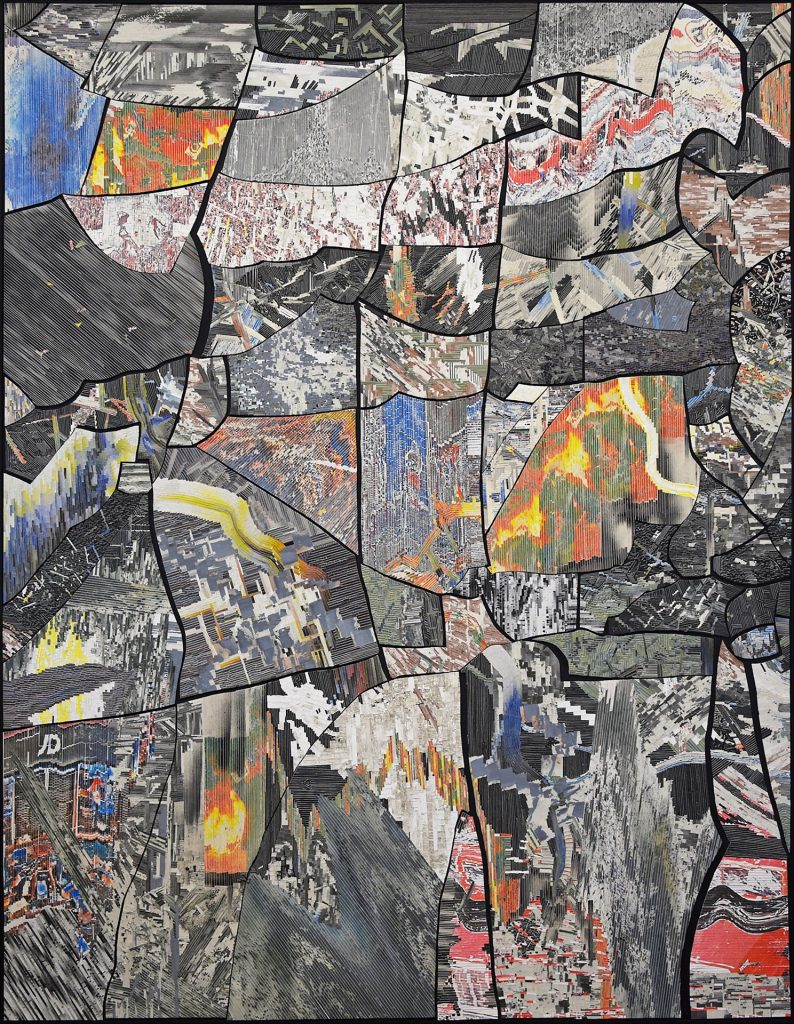 Brussels-based Pole Marcin Dudek’s title refers to Elias Canetti’s pre-distancing theory of the natural crowd as an open one with no limits to its growth, and it shows broken windows with strip-collaged images of riots and animated crowd behaviour from video games. The connection is Philip Zimbardo’s 1969 social experiment, which showed that – even in the richest neighbourhoods – a broken window can trigger a wave of vandalism. 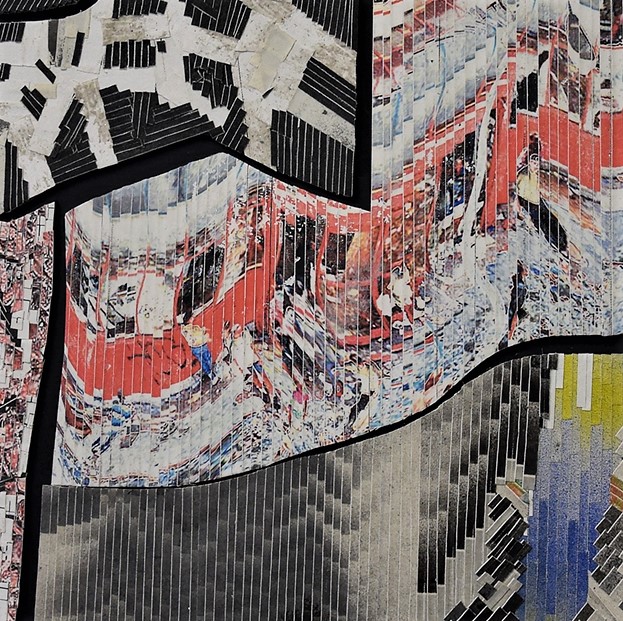