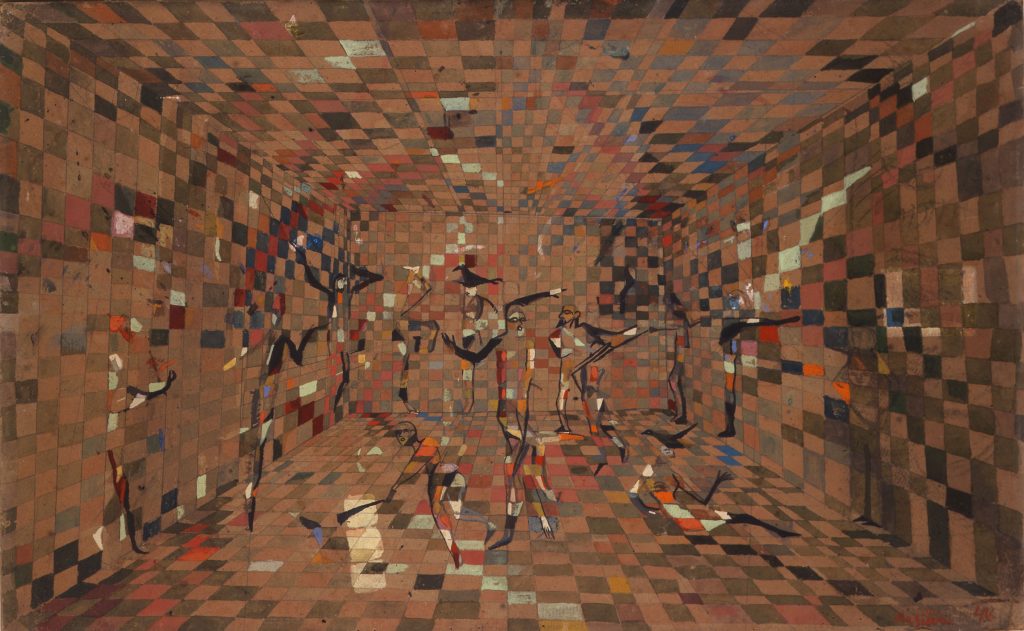 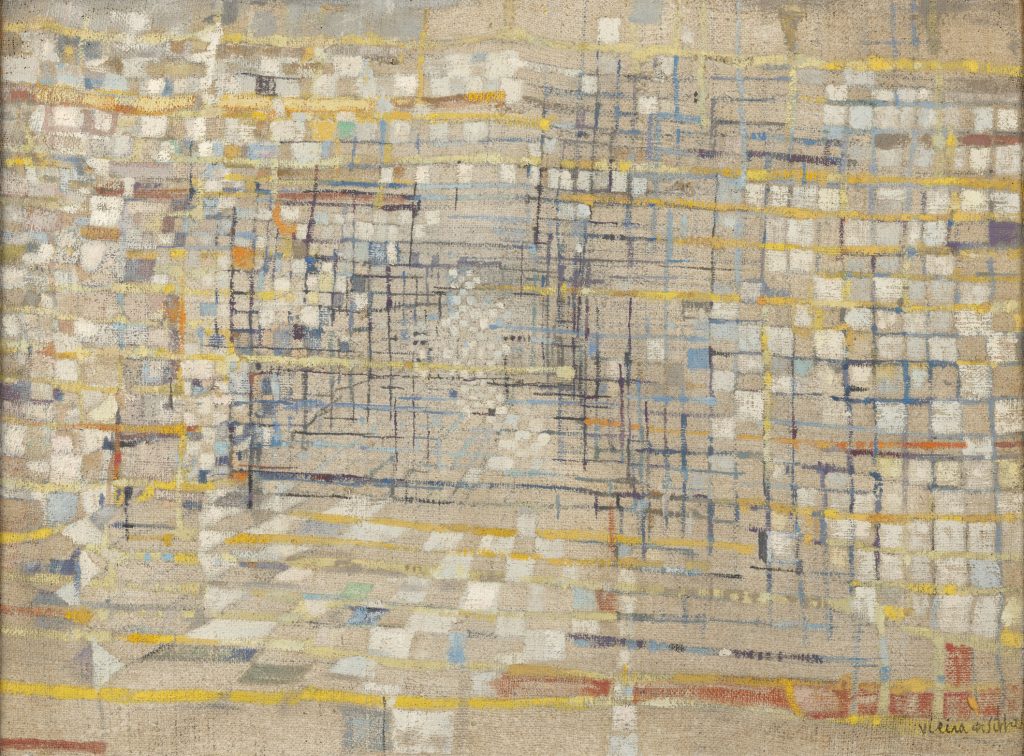 When people do appear it’s in the form of playing cards (as in the early ‘Le jeu de cartes’, 1937) or as figures merging with the architecture (see ‘Ballet ou les arlequins’, 1946, top). 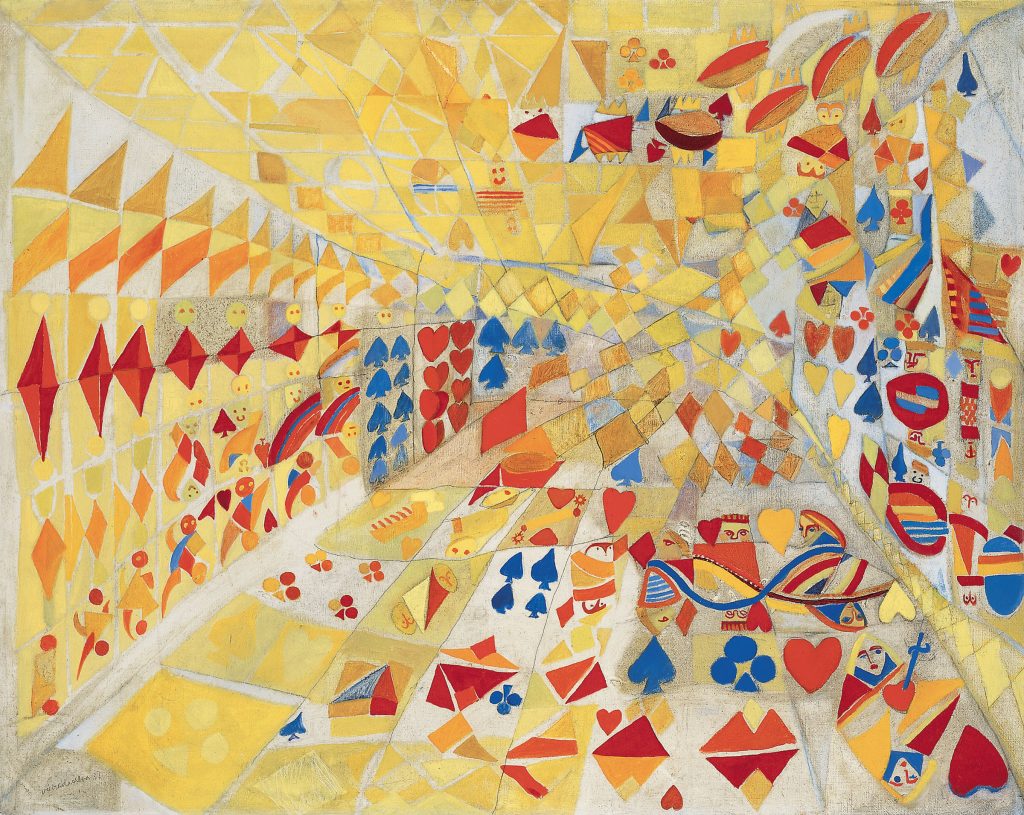 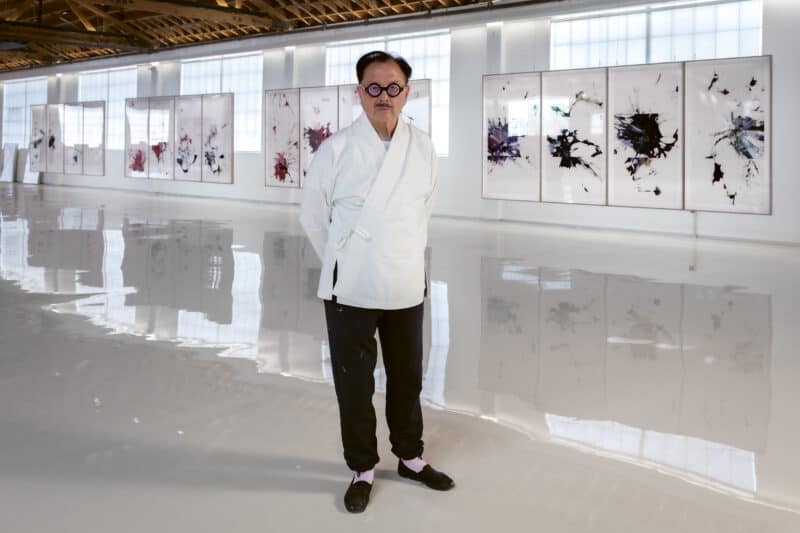