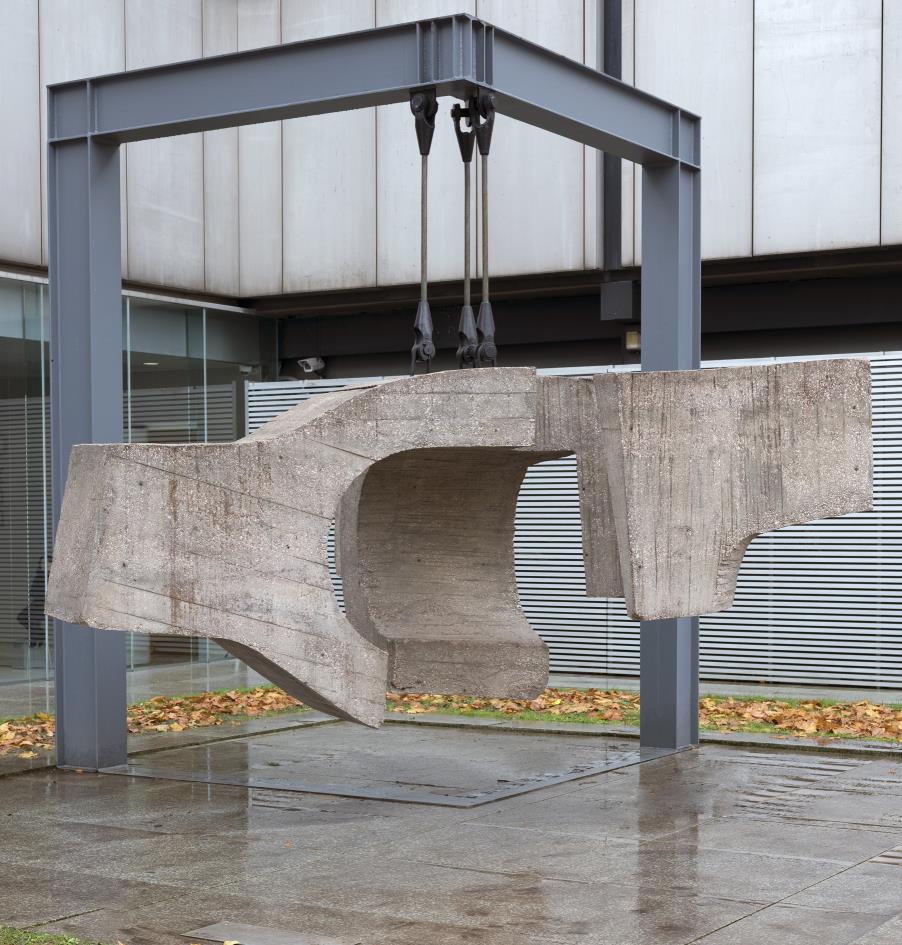 These days Bilbao’s art fame rests mainly on Frank Gehry’s iconic Guggenheim, finished with 33,000 titanium sheets and containing eight of Richard Serra’s massive works from the series Torqued Ellipses, 1996-98. Gehry and Serra fit with a – rather macho – tradition of working sculpturally in heavy materials consistent with the Basque region’s industrial base.  Eduardo Chillida (1924-2002) and Jorge Otieza (1908 –2003)  are the most famous Basque artists of the 20th century, but last week I found contemporary practitioners, too:

Eduardo Chillida: ‘Meeting Place IV’, 1973. This (top image), outside the Museum of Fine Art, is typical of Chillida’s exploration of architectural space through sculptural form, less typical in its hanging orientation. Put me in mind, given the title, of a heavyweight Liam Gillick discussion platform. 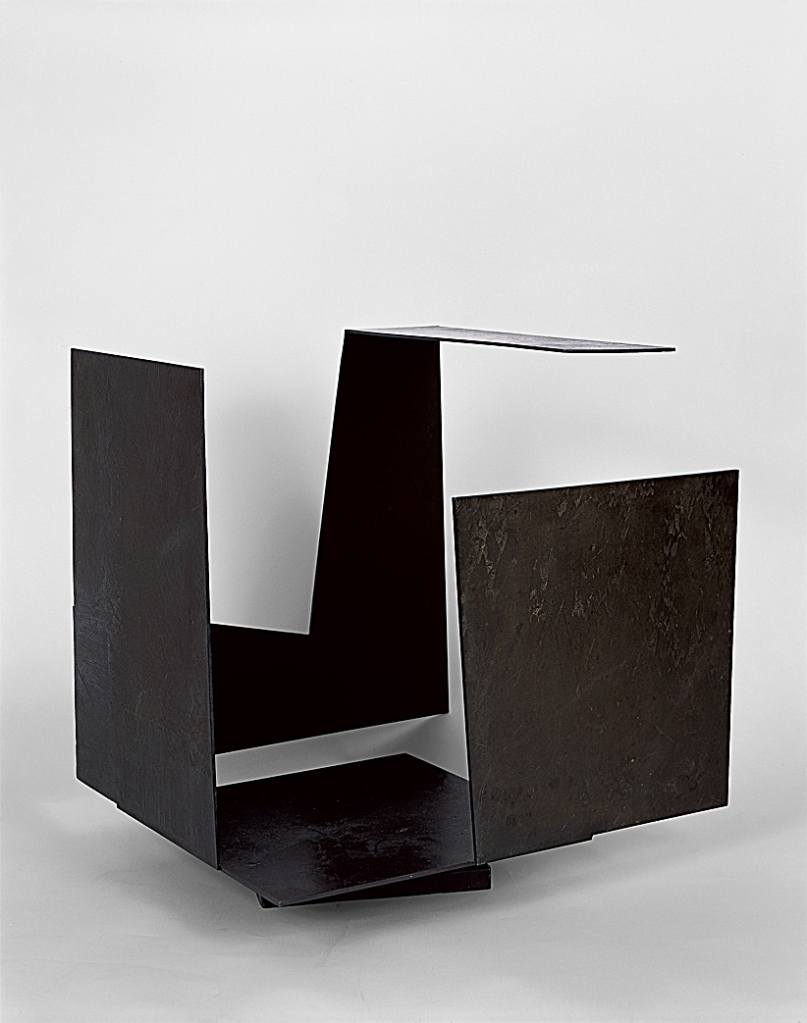 Jorge Oteiza: ‘Empty Box with Large Opening‘, 1958 (top). From a series in which variations on the cube aim to highlight the space within, consistent with what the Guggenheim describes as his ‘notion that all artistic practice surges from a void that is nothing yet eventually reaches a Nothing that is Everything’. A summary statement, as Otieza stopped making sculpture for his remaining 44 years after his series of ‘Empty Boxes’. 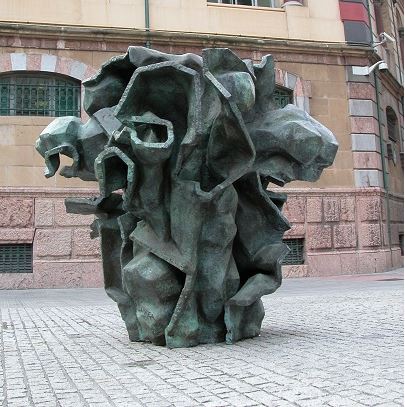 Vicente Larrea: ‘Homage to Ricardo Bastida’, 2004. There’s plenty of sculpture in public round Bilbao, notably the big beasts next to the Guggenheim. Vincente Larrea (born 1934) brings a distinctive language – sort of organic folding of bronze waves – to three forms around the  Plaza Iglesia San Jose. Each is dedicated to an architect of the city we see now. 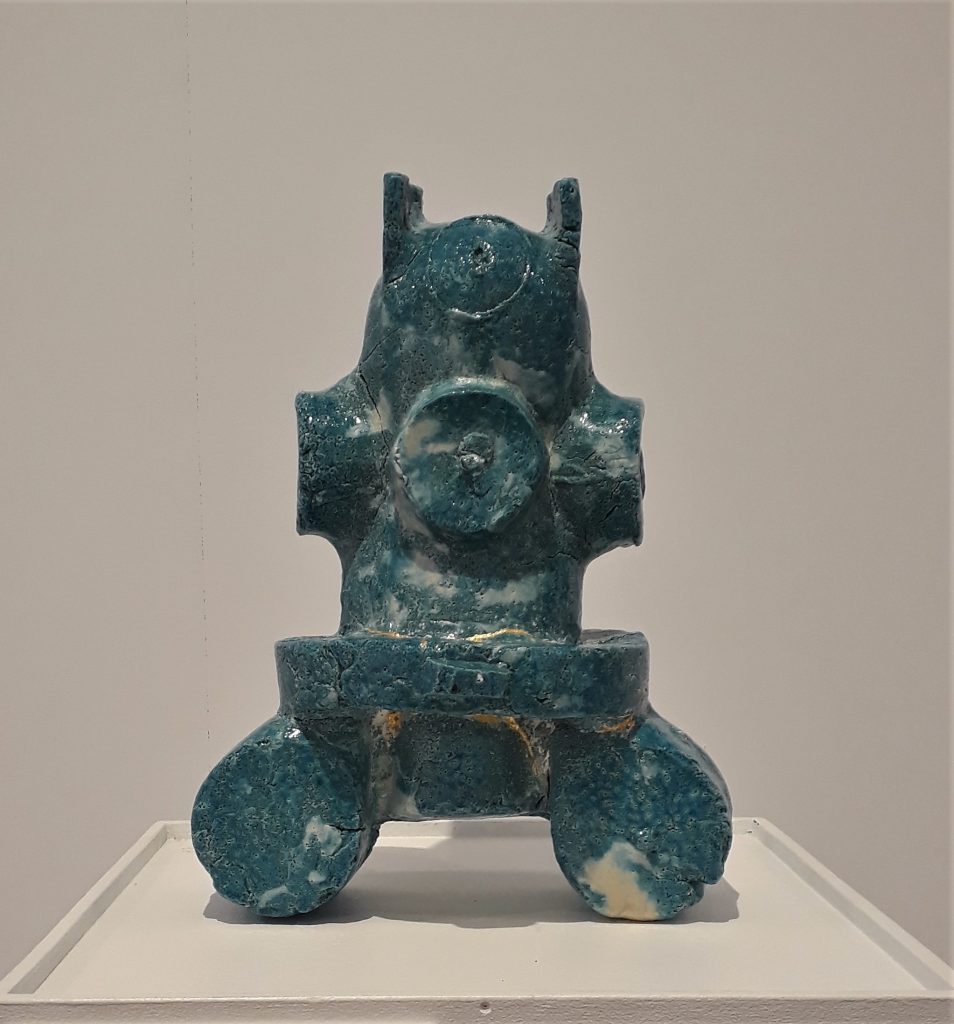 Alberto Salcedo: ‘Izar’, 2018. In the Basque Museum, dedicated to local history and culture, Alberto Salcedo goes directly to the industrial source but shifts the register by making ceramics inspired by industrial machinery. He presents the original pipe-heavy forms alongside.