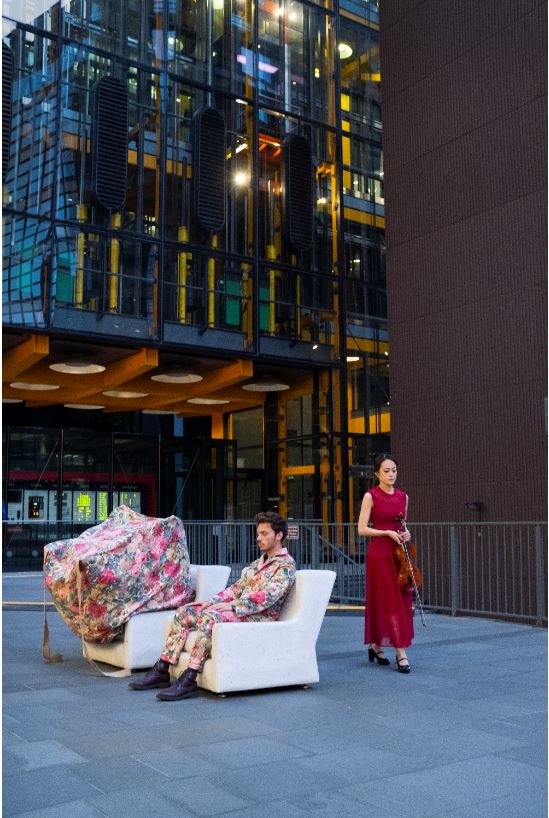 Performance is present in many – maybe even all – artworks in some way, given that making is itself a performance. Here are three performative works I’ve liked recently:

Nina Saunders’s performative extension of her Sculpture in the City piece ‘Abstract Mass’ was titled ‘A Really Cosy Little Home’, but was anything but (photo by Nick Turpin).

The sculpture, installed in a wind funnel between towering office blocks, presents two armchairs made of concrete. That’s already an unsettling version of domesticity. In the ten minute action on 20 July, a disconsolate violin accompanied a man who drags a huge cushion-come-package onto the courtyard stage. Both are dressed in a floral fabric such as might very typically adorn an armchair. He sits down for ten minutes, eyes often closed, before dragging his burden away again. What’s in the bag? The baggage of his life and its memories, I suspected. The mystery suits, as we can never truly experience someone else’s life. There’s also something unbalanced about becoming so at one with your furniture. What sort of identity is that? 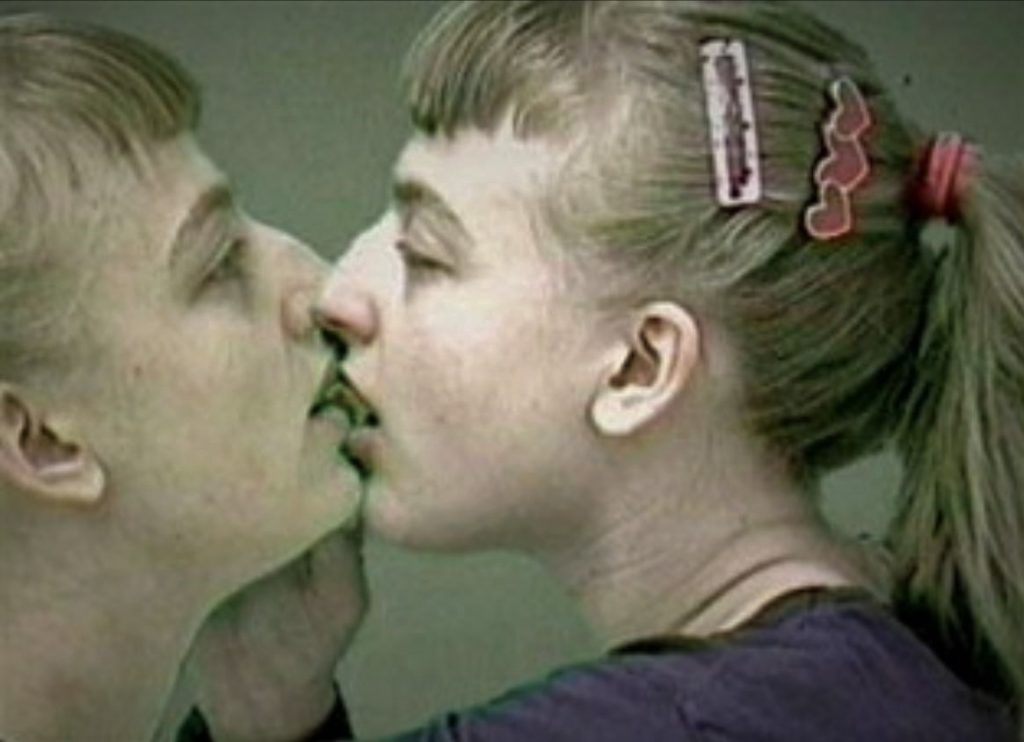 Charlie Fox’s intoxicating dracula-and-darkness shows across Sadie Coles and Rodeo galleries include Sue de Beer’s first video work, ‘Making Out with Myself’ 1997. The visibly low-fi three minutes of her apparently kissing herself has, as de Beer says, ‘the weirdness of it being live and being fake’. There is a thwarted intimacy to the self-kiss which could stand in, if you want to be glum about it, for the impossibility of truly inhabiting anyone else’s body or thoughts… 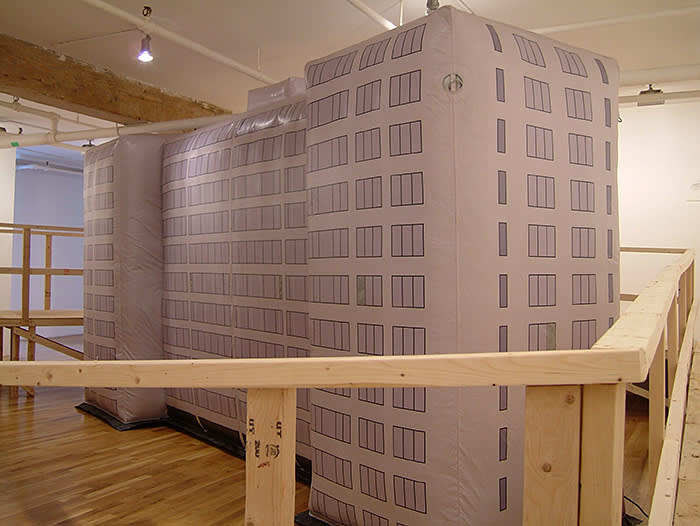 Can a sculpture perform? It seems so. Michael Rakowicz fills the Whitechapel with nine thought-provoking installations. Another early work is ‘Dull Roar’ (2005), an inflatable model of Pruitt-Igoe, the infamous failed housing project in St Louis, Missouri. That was demolished after just 16 years in 1972, the rubble recycled into building luxury homes. Racowicz’s model inflates and deflates every few minutes, suggesting that the architectural and planning problems, and the racist behaviours which lay behind the decline, are a cycle which is set to continue indefinitely. 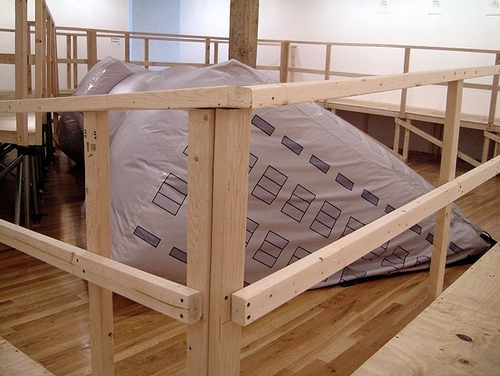