One Work: Paul’s ART STUFF ON A TRAIN #188 - FAD Magazine
Skip to content 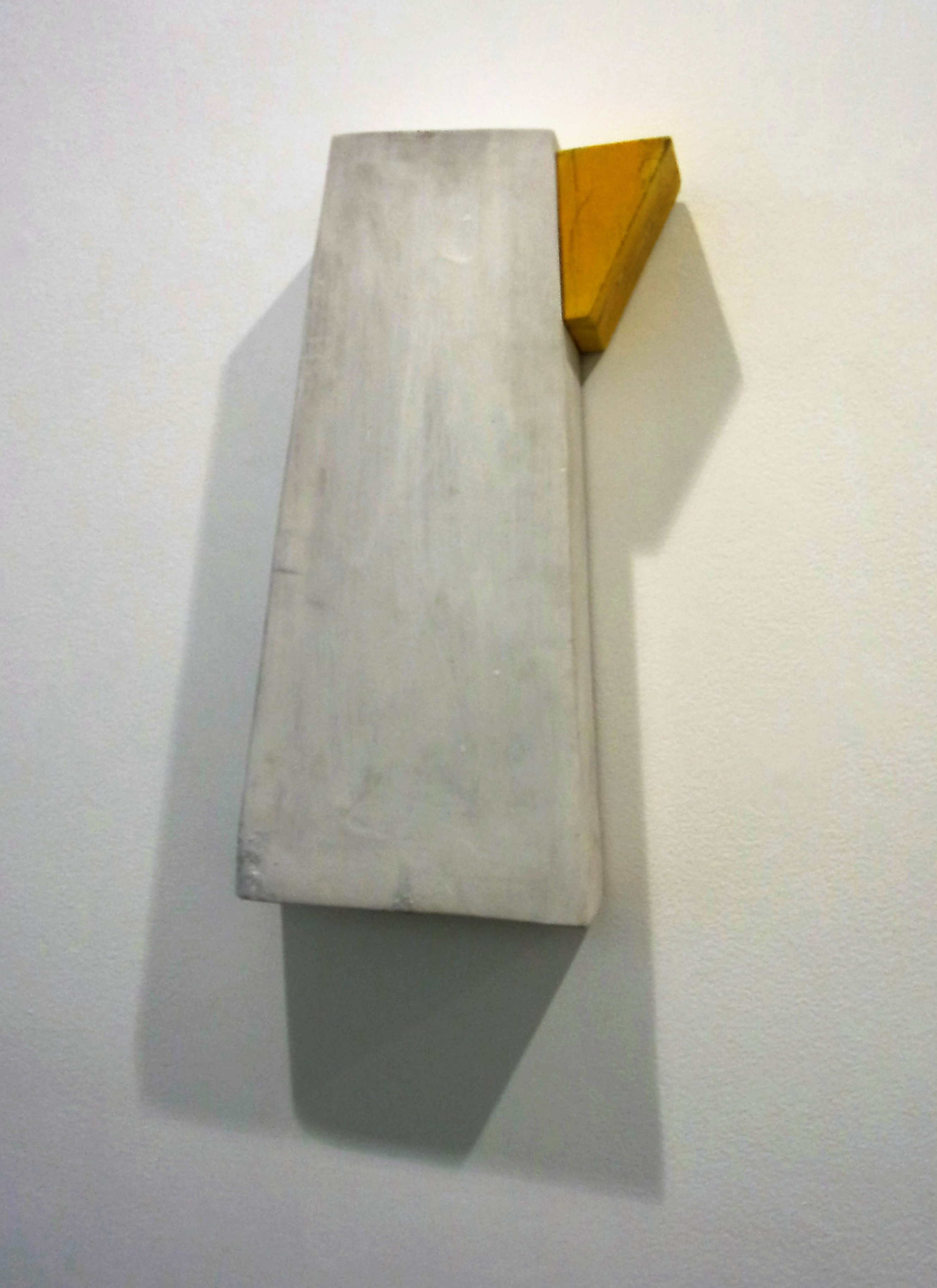 Enough of exhibition reviews, I’ll look at just the one work this week *. LA artist Robert Therrien is best known for playing with fabricated scale so that, for example, saucepans tower above us, recharging our inner child’s sense of everyday wonder (and daftness: are the cooking utensils ‘awe-dinnery’!?). Parasol unit, though, concentrates (‘Robert Therrien: Works 1975-1995’, to 11th Dec) on earlier handmade works, which seek related effects by different means. Take this deep and shaped wall-mounted construction of enamel and wood. Is it a sculpture, or (punningly) a picture of a pitcher? Or even of a bird with a yellow beak, simplified a la Brancusi? Therrien likes to give solid form to the unstable or impermanent (snowmen, for example, or clouds, including one which is fitted with taps). That triggers our awareness of the pitcher’s function as predicated on instability, for it stands ready to be tipped, to pour like a cloud. All of which makes it sound somewhat comical, when actually my first impression was of a combination of triangles driven by abstract concerns, balancing large white against small yellow, playing off area and intensity. And later I fixed on it as an archetypal jug with some of Morandi’s reverence for such items, inscribed in how carefully approximate it is in the making. From gnomic to comic to platonic, a simple form proves hauntingly complex. 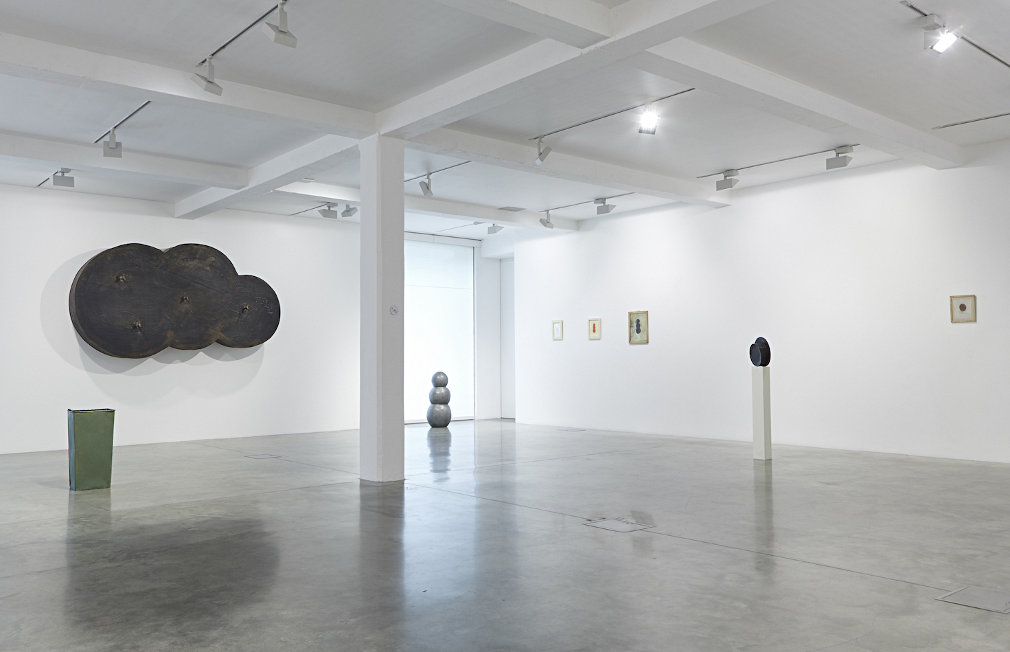