As usual with START art fair the projects are the stand out works. We have already touched on  Future Island, the showcase of contemporary art from Taiwan positive, colourful, surreal.

In complete contrast we have Baghdad Manifesto from Iraqui artist Mahmoud Obaidi with his Baghdad Manifesto. Shocking and thought provoking, a new triptych video installation, ‘Sunday with the Smiths’ tells the story of an Abu Ghraib soldier and his day-to-day work of torturing a prisoner and eventual murdering him. The work shows the banality of torture and murder, the systems put in place to turn it into mundane daily work, contrasting it with the soldier’s ‘American Dream’; his life with his wife, kid, beautiful kitchen. In these times of heightened nationalism, this work asks some important questions about what it is to implement policy without questioning it, and the effects on the humanity of all those involved.

This exhibition comes ahead of a major solo show of Obaidi’s work at Qatar Museum Gallery, Doha, entitled ‘Fragments’, which retraces the ‘organised chaos’ that led to the destruction of Iraq and grapples with the destruction of an 8,000-year-old civilisation, laid waste to -in a fraction of that time. “I am originally from an area that has been through turbulent times,” Obaidi has said, “Therefore, my art and research result in a commentary on these subjects through the media I work with.”

START art fair is at Saatchi gallery on until Sunday 18th September startartfair.com

About The Artist
Mahmoud Obaidi, born in 1966 in Baghdad,Iraq, is an Iraqi-Canadian contemporary artist. After leaving Iraq in 1991, he obtained his Master’s of Fine Arts at the University of Guelph in Canada, and completed diplomas in new media and film from Toronto and Los Angeles, respectively.

Since his first international solo exhibition in 1995, his work has been exhibited in a number of museums and galleries around the world, including the National Museum of Bahrain (Kingdom of Bahrain), Museum of the Institut du Monde Arabe (France), Mathaf: Arab Museum of Modern Art (Qatar),& Museum of Modern Art in Jordan (Jordan), Station Museum of Contemporary Art (Texas, United States), the Museum of Contemporary Art of Baie-Saint-Paul (Quebec, Canada), among others. His work is part of the permanent collection of a number of significant museums, foundations, and private collections.

The artist’s first solo exhibition in Qatar is held in Katara Art Center alongside an upcoming major group exhibition at the Museum of Islamic Art in October 2013. www.obaidiart.com 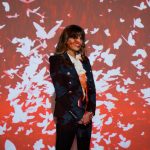 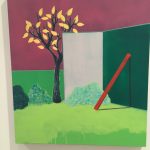 START art fair opened yesterday and here are our TOP 9 booths to go and see and don’t forget the projects which are great again this year and very contrasting. 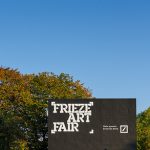 The 9 Art Fairs to visit this season.

The Art Fair season begins this week with START art fair and runs till late October taking in London, Paris and now New York. Below is FAD’s guide to the 9 art fairs to visit. 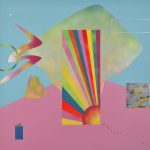 Journey to the Future Island at START

Mehta Bell Projects present a curated showcase ‘Future Island’ of a diverse selection of engaging artworks produced by a young generation of emerging Taiwanese artists. Each artist investigates notions of identity, environment, and the unique position of Taiwanese culture in a contemporary context.