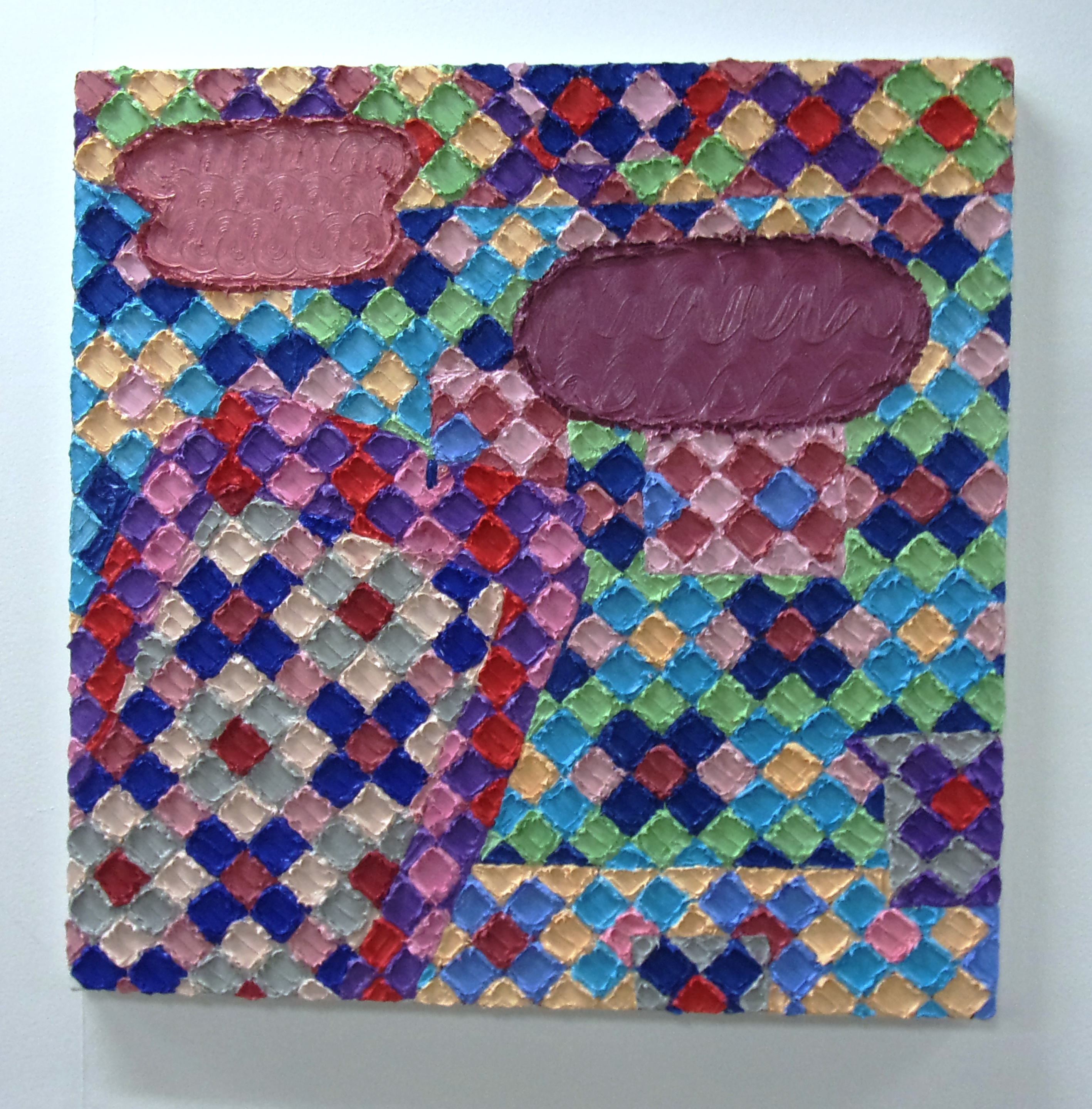 The Marmite Prize is perversely named: there’s no sponsorship involved, and you’re meant to think of the earthenware stockpot from which the yeasty spread took its name – but who does these days? It comes around every two years or so and shares an absence of cash inducement with the Jerwood Fellowships from last month. Given that most of the prizes are literally ‘a pat on the back’*, the Marmite is mainly about honour, and this year, that’s considerable: in the inaugural year 2006 all 77 entries were exhibited, now 39 have been selected from 1,246 submissions to make up a most enjoyable mix at Block 336’s expansive space in Brixton. Each edition is dedicated to an artist, and here it’s Mary Heilmann (opening today at the Whitechapel), so organiser Marcus Cope peppers the space cheerfully with his take on her chairs.
Part of the fun of such shows is, of course, to contradict the judges. For me, there’s one outstanding figurative work – not the winner, but runner up Emma Cousin’s ‘Square Shuffle’ – but overall the unplaced abstract works have most punch: you could choose between Selma Parlour’s pellucidly layered geometries; Steven Gee’s giant self-standing centrepiece with mayonnaise; Lindsay Mapes’s multi-coloured Newman-baiting plethora of zips; and – my joint winner – Suzy Willey. Her ‘Brink’ seems to pitch cake decoration, speech bubbles and quilting into the marmite then stir in such art influences as Jonathan Lasker and Jane Harris to piquant effect.

* to be fair, the first prize (for Jessie Makinson, who has a well-timed solo show at Roman Road) is, in another tradition, a valuable sculpture (this year by Alison Wilding). 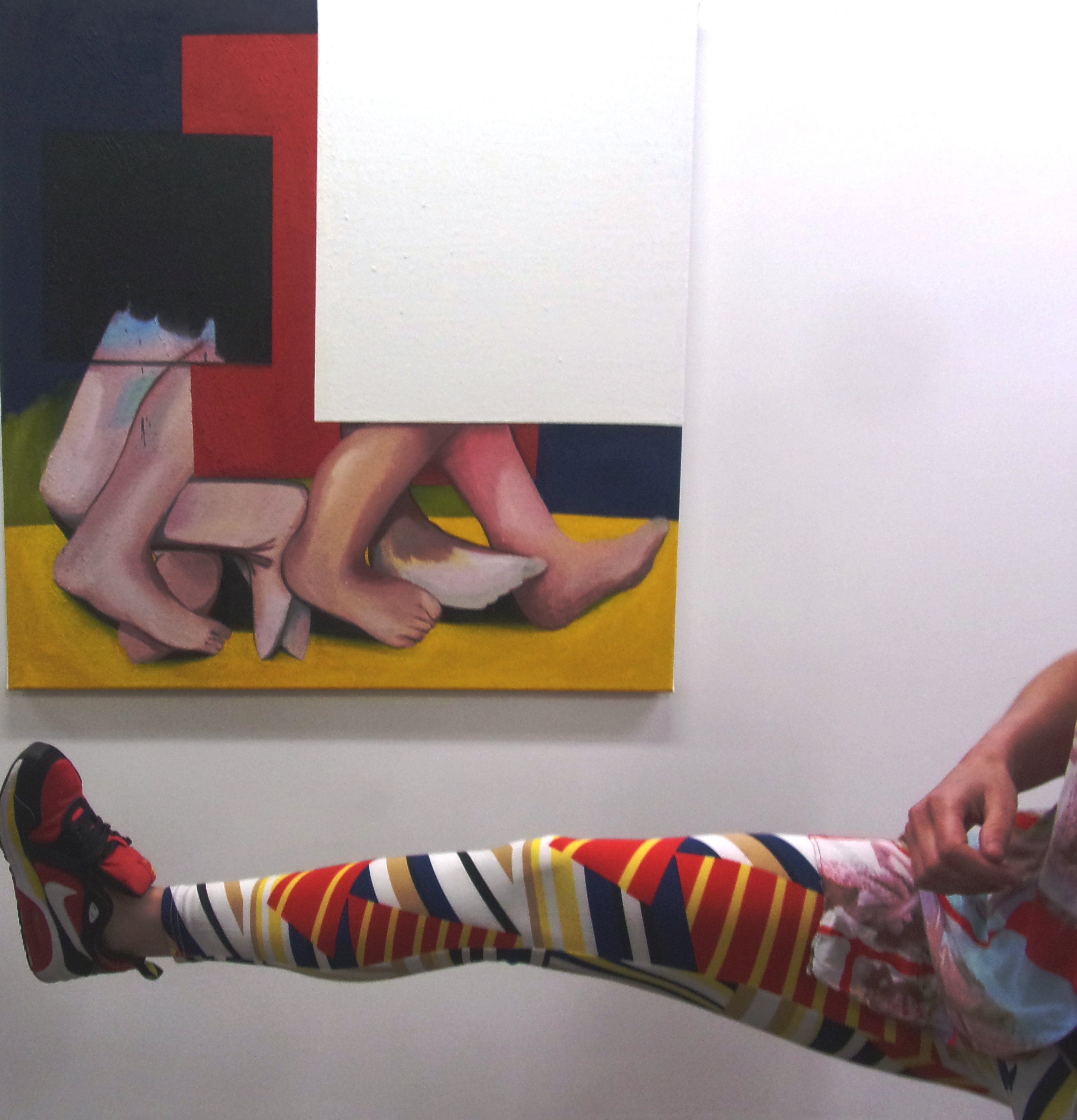 Emma Cousin: ‘Square Shuffle’, 2015-16 comes from a series of paintings featuring legs: here it is with one of the artist’s…

What is it like to be an octopus? Would that be a better model for how an AI might be regarded as ‘intelligent’ than assessing how its responses differ from the human? And what would that mean for the way people look at the world?