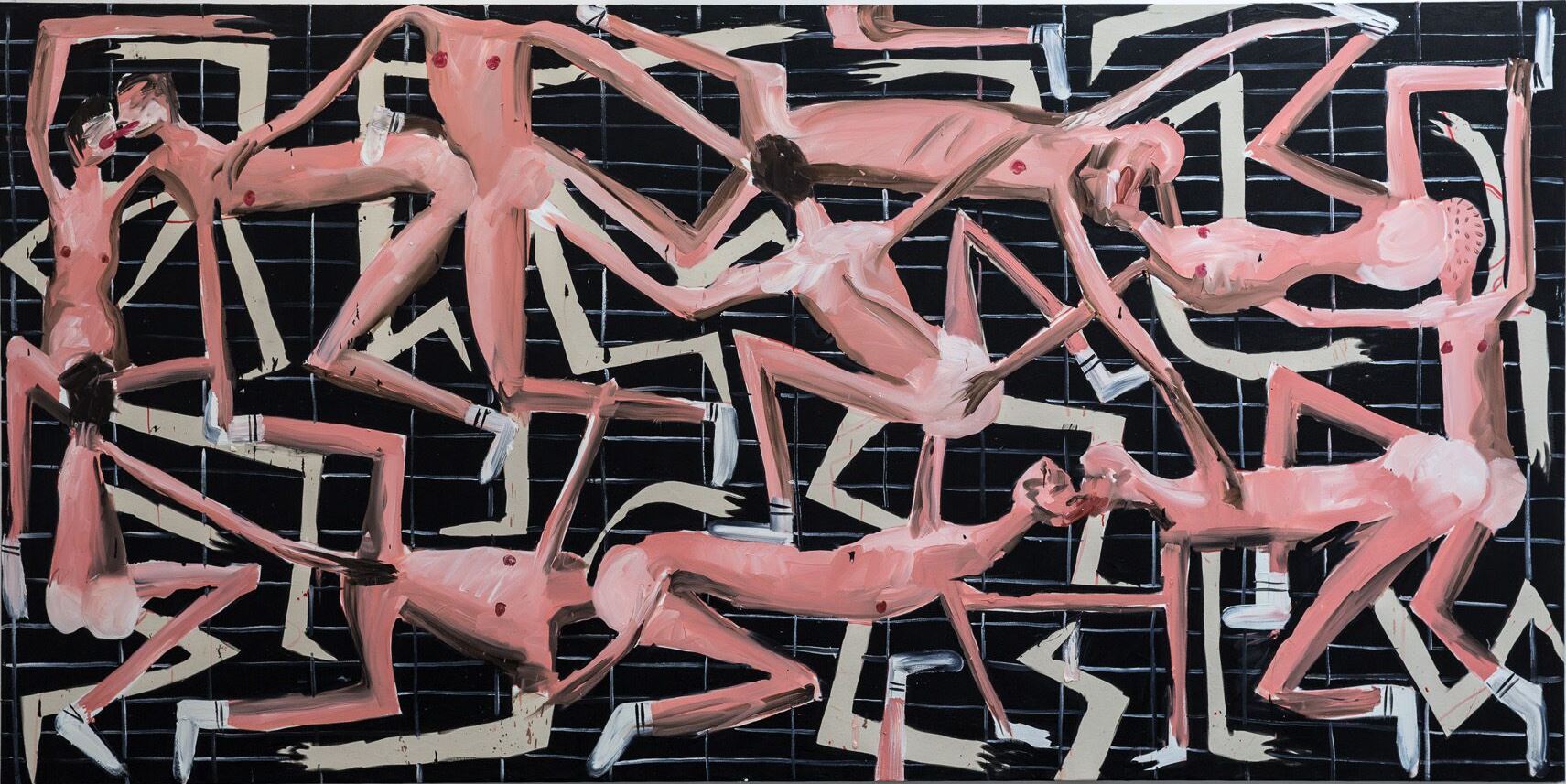 Money is a helpful and potentially empowering advantage for an artist. Yet by way of a prize, perhaps it’s even better to win the mentor-plus-show package awarded by the Jerwood Painting Fellowships. Three applicants from 400 were selected by Phoebe Unwin, Jane Harris and Dan Coombs, all prominent painter-teachers, and the year-round programme is just now concluding with a touring show of the resulting work (Jerwood Space, London to 19th June, then Bournemouth, Cardiff and Norwich). All three artists seem to have progressed to interesting positions. Dale Lewis (with Dan Coombs up), the only one whose work looks at all like his mentor’s, makes enormous multi-figure compositions, each in a frenzied sixteen hour session. He uses a widescreen format which bring a Pollock-like rhythm to daringly rapid paint-handling akin to Germans in the 1980s, and makes great use of patches of raw canvas. Lewis is already selling well, and his sex, drugs and alcohol triple has the biggest impact here. Francesca Blomfield (Phoebe Unwin) has what look like serial abstractions, but actually show hair and pasta with cunningly varied appearances of flatness and volume; and interior views of limousines, with vaguely transcendental colouring traded on by her own added texts ending in ‘day’. Archie Franks (Jane Harris) has the most varied practice, at its best in ‘Static’, which conflates a TV’s malfunction with a rain-driven seascape. All in all it makes for a lively show. 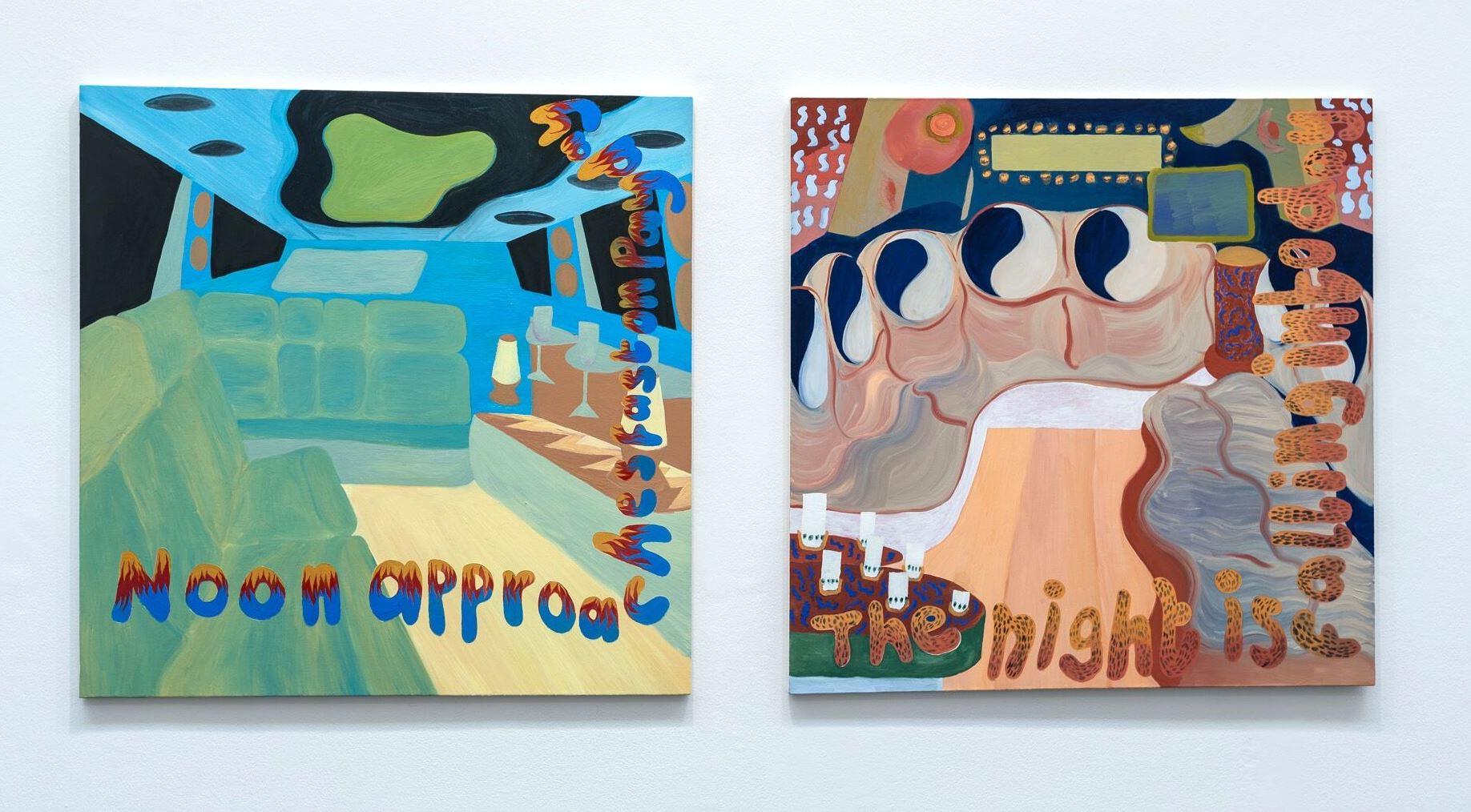 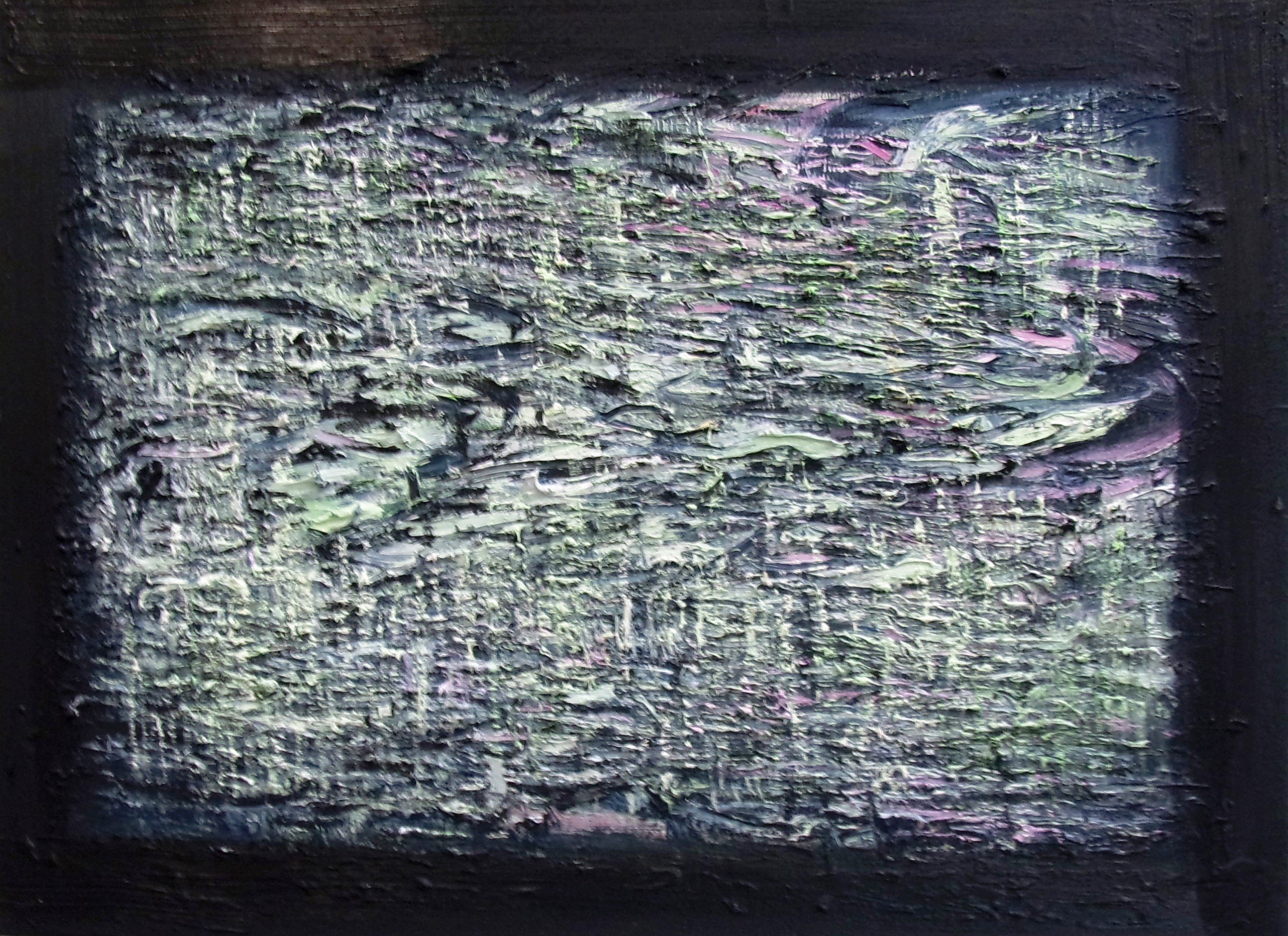