Sometimes it is difficult to find time out of the confines of a nine to five existence to enjoy the brighter sides to life that Smiths singer Morrissey swears he’s seen, “but not very often.” Indeed, those laborious hours, that long and futile commute can be rather a hindrance. However all is not lost, with this rare opportunity to escape away, Smart-phone bound, to visit a series of over 40 art locations and top up on your culture fix.

The Wrong (again) is the second ‘Digital biennial multi-geographical exhibition’ taking place across the globe with web-based “pavilions” as well as physical “embassies.”  The premise of the exhibition is to make art accessible to people anywhere and everywhere, whether in cyberspace or on the street. The event is completely free and goes on until 31st January.

Over 90 curators and more than 1100 artists have taken part in a yearlong project to bring alive their own take on digital arts. Some of them have invited participants to code and hack their own art projects. Others have welcomed discussion on questions raised in this digital era, using video to illustrate their points of view.

Enter the “reception” of the digital biennale and you see a programme of pavilions that you can choose to enter and explore.

Dystrophies is one such example of a pavilion where you might land, featuring short films on repeat during 24 hours, each 24-hour block showing something new. The dictionary definition of a “dystrophy” is a disorder in which an organ or tissue of the body wastes away”. In much the same way, this can happen in movies, the film deteriorating, the overall sharpness fades over time and the images disintegrate.

The footage shown varies in genre – Some films are quirky, others humorous and very professionally executed. It is a mysterious curiosity well worth checking out.

Utopia Internet Dystopia challenges the fed narrative that internet is good for us, offsetting it with an emerging sense of unease and fear of the unknown, foregrounding our unique love hate relationship with the web.

Jeff Baij presents his response to this in Creeper a series of images taking place in an intimate domestic scene featuring a cat in each image who stealthily appears, unashamedly staring into the camera lens, projecting a sense that we are being spied on. Yet, on hovering on the images, you zoom right into the scene, which makes you into the voyeur.

Tom Moody contributes his Small Model Internet, his ode, or should that be “node” to technology, in the form of an animated gif. The image contains a series of circles with blue connections appearing then disappearing, briefly linking the circles and making them momentarily flash red. It is a simple representation of the basic tenets of the internet, adopting an early gimmicky image that you may have seen on websites before people really knew what to do with them.

Niko Princen introduces us to Vlinder, an app downloadable from Google Play which features a butterfly protagonist who visits mobile devices, only staying on one phone before disappearing off to the next nearest one. This illustrates how connected we all are thanks to the internet.

Ctrl Alt Delete comprises a collection of digital artwork by various international artists. The internet and technology have firmly stamped their authority on the art world, with fields such as computer science and app design converging with fine art to push the boundaries. Ctrl Alt Del takes you on a flight of fancy where it is difficult to decipher the line between the ethereal, the organic and the digital realms.

Rachael Archibald has animated her own portal in Narcosia, which displays a moving image of shiny graphics rising upwards, simulating the scrolling of a webpage. The images look like they could have been creating using brush and pen. Archibald wants to capture a “trance like state” in this virtual installation, and it certainly makes for hypnotic viewing.

Vince McKilvie incorporates an impression of fine art into an animated gif using an apparently 3D form rotating from left to right and then right to left. The pixels are arranged in such a way as to emulate shimmering light bouncing off the nail polish-like paint stripes. As the viewer, you feel as though you could reach into the screen and prise the form out from inside your device’s screen. Various other images follow this. Displayed in a column, some are moving, some are still and all are seemingly capturing the organic in a mutated, digital form. Some appear as man-made objects disintegrating into corrupted versions of themselves.

Christian Jeppsson’s Catalogue is a seven-minute long video encapsulating a series of tiled collages in slide-show form. The images appear to be gleaned from all over the internet, from Google search pages, product listings and landscape photographs. The images are arranged in Mondrian-esque combinations, going from grayscale with pops of colour, providing what is essentially a visual inventory of the internet.

In another pavilion, you find the numbers 0010111000101100. No, it’s not that someone has accidentally leant on the keyboard or fallen victim to rogue touch screens. These are not just random numbers, but the binary code for “. & ,”. In this digital space, you will find a selection of films which take gender issues as their point of inspiration.

Leak Out by Elena Gaztelumendi features an androgynous digital mannequin akin to a crash test dummy with no real identity, in an inconspicuous realm of social media which appears to be consuming it. There is no clear distinction between the dummy and the Facebook windows that surround it, as it melts into the background like molten metal. The sounds played throughout are cacophonous and nonsensical, adding to the confusion and the anonymity of the universe in which the character finds itself.

New York-based artist, Carla Gannis’ Lorem Ipsum finds itself among the offerings in this pavilion. There is one main character throughout positioned like Buddha, supporting a tablet above which a globe rotates, highlighting different geographical locations. In just seconds, it flashes between different costumes and cultural headwear, the face switching between a pretty female and a pretty male, juxtaposing traditionally masculine attire with feminine traits and vice versa. It is a short and fascinating exploration of gender neutrality and the ownership people have over their own sexuality, highlighting the blurred lines between male and female concepts.

This is just a small selection, but for your own insights into digital arts in all forms without having to leave the sofa,  browse thewrong.org to have your pick of the pavilions. It will take some time to get round them all, so for the next week or so, it is worth choosing two or three a day to get a feel for what is happening worldwide in the digital art scene. Your art and culture diary will be full and you won’t have to fork out a single penny. 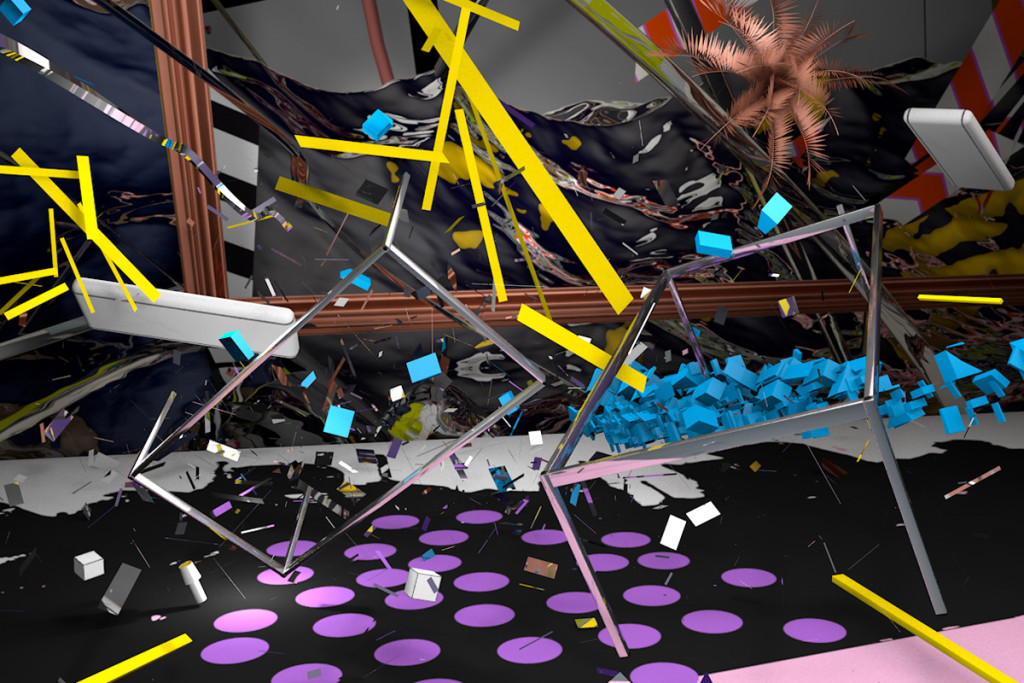 All Images Courtesy of Stefan Saalfend 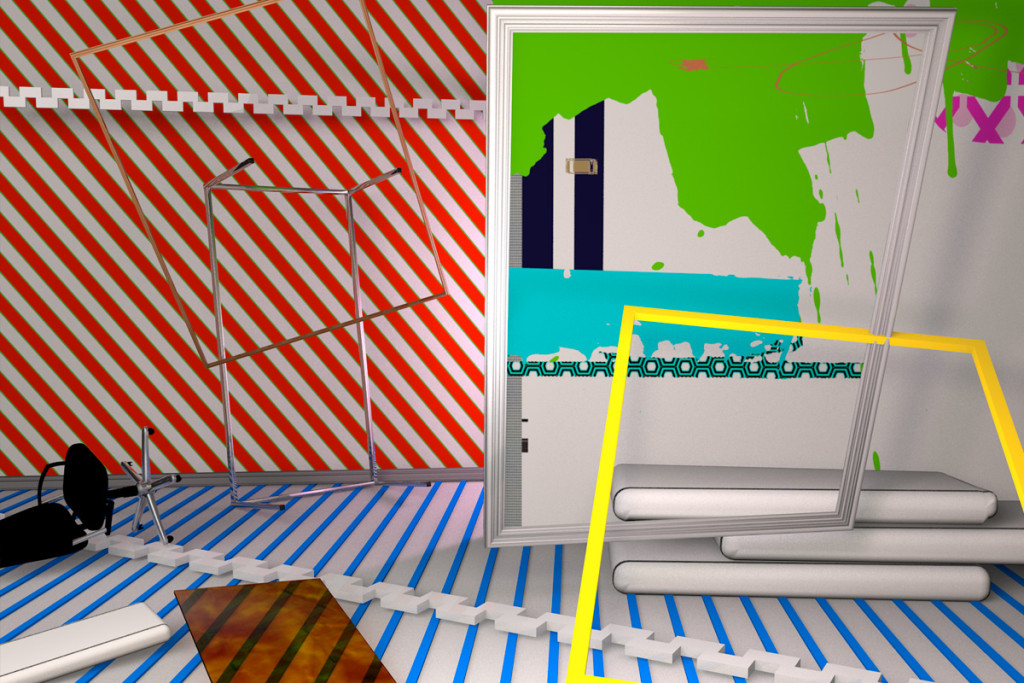 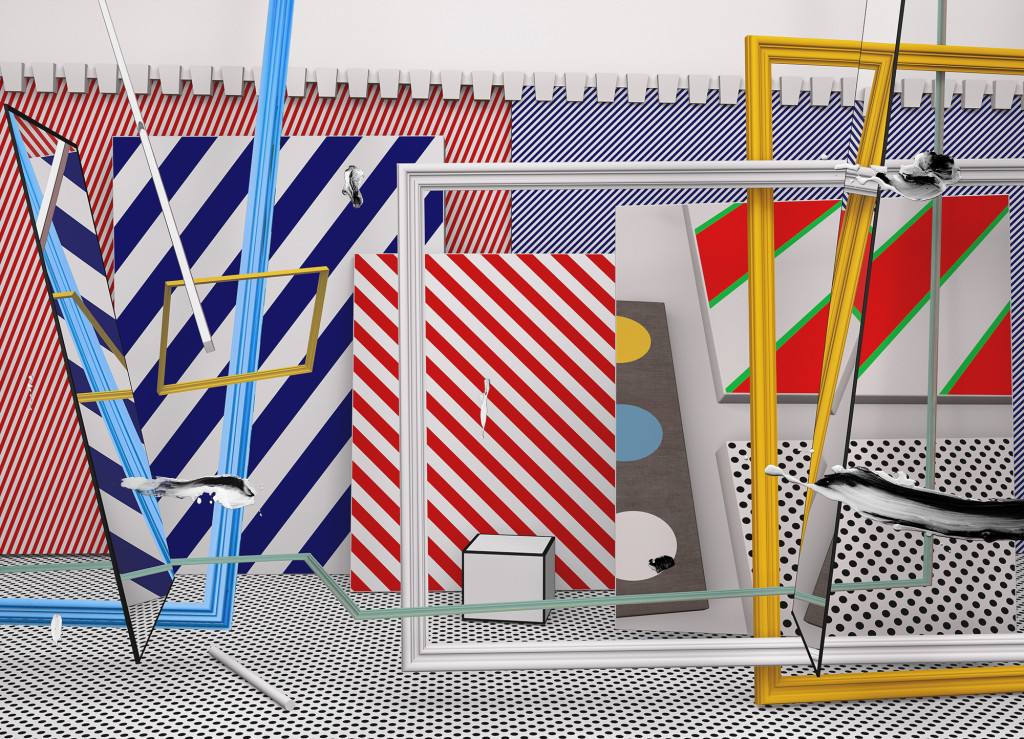 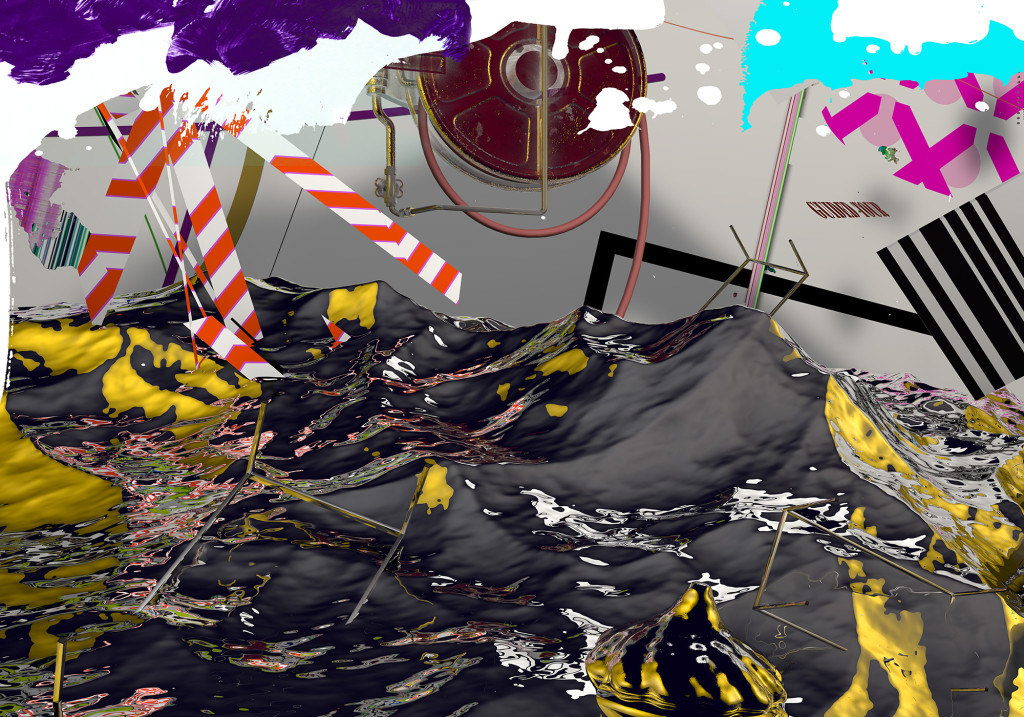 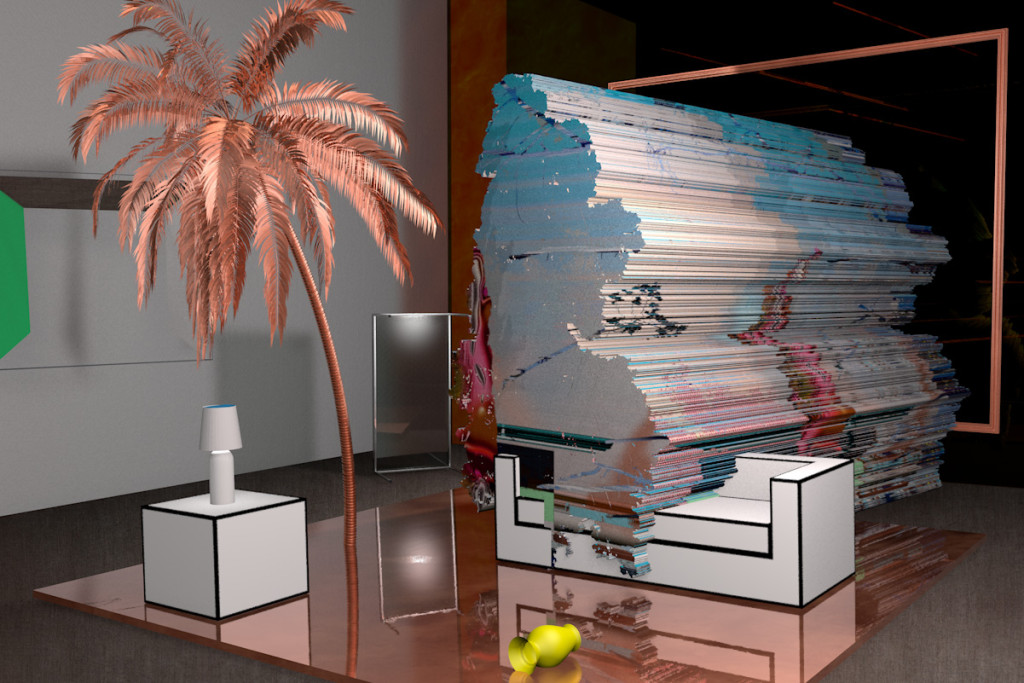 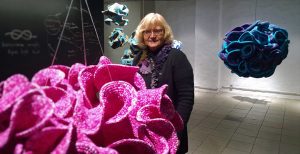 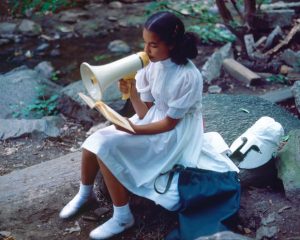 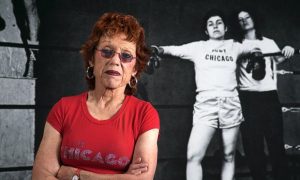 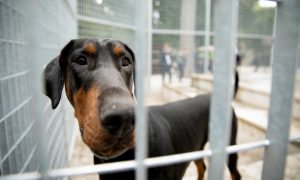 Venice Biennale: slaps, drenchings and Dobermans on the prowl

The main show is a woolly walk through hand-wringing hippydom and flowerpot trainers. But elsewhere, the biennale bares its teeth in works of danger and daring