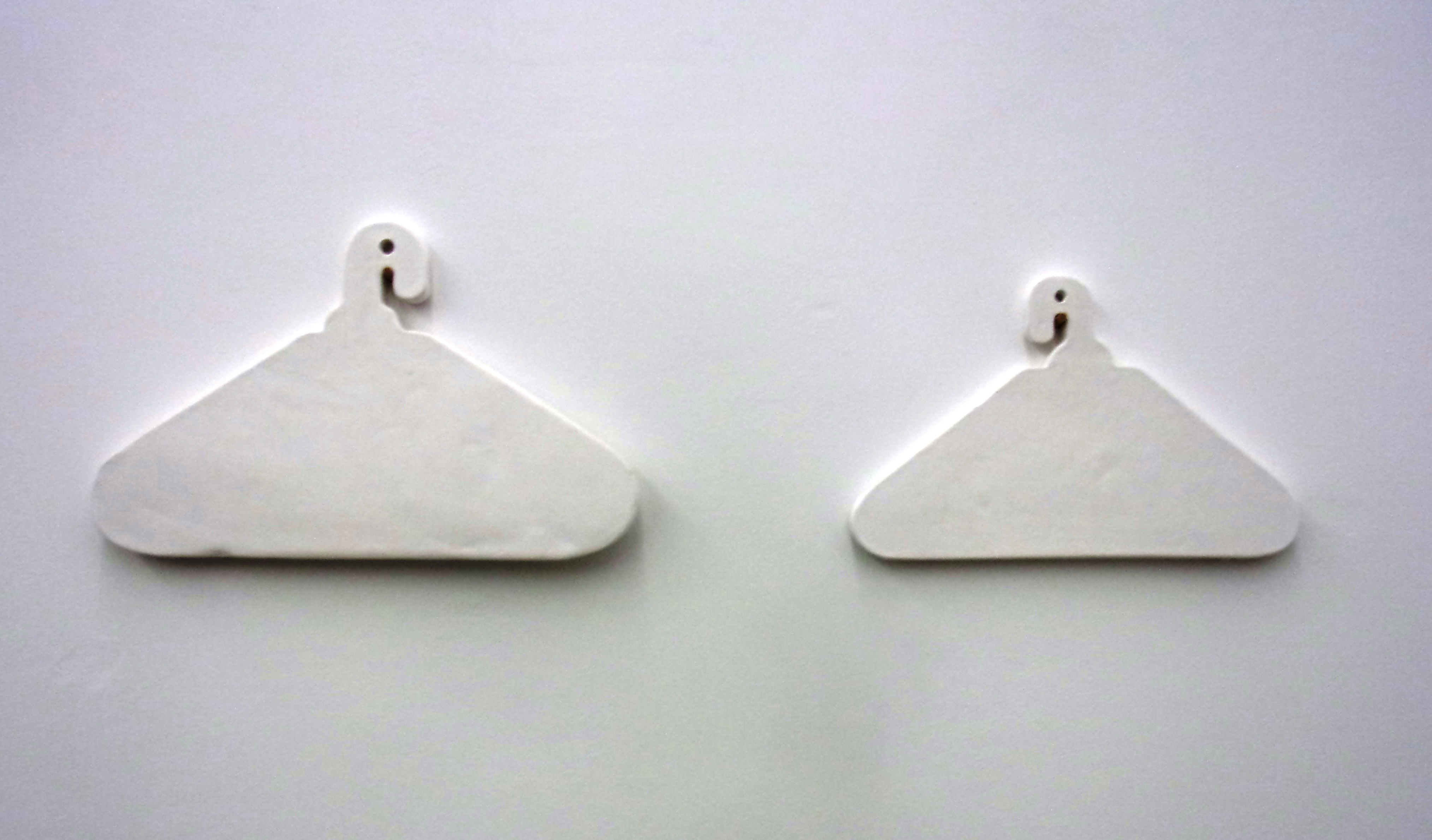 Solo or group show? Maybe, to escape the norms, artists could appear in sequence, or collaborate, or respond to each other’s work across shows? Tintype’s current season of three exhibitions ‘Stop Bugging Me’ escapes the binary norm more innovatively: it started with an Adam Gillam solo show. Halfway through the run, though, Gillam was ‘bugged’ by Oona Grimes. That segued into the current Grimes show, which is now haunted by Jo Addison (to 7 Nov). Her show (11 Nov- 5 Dec) will then be invaded by Gillam to complete the loop. Nice idea, then, and nor is it wasted. Grimes delivers a complex mixture of serious and playful: stencil and spray painted objects float against blackness which could be a film set or deep space or the disordered mind of an Alzheimer’s sufferer – such as the artist’s mother, the heavy end being taken up by a moving film of her. The lighter side yields joke spectacles made of clay in the form of drinking glasses, complete with eyeholes; clothes hangers brilliantly recategorised as pigeons; and a pile of clay potatoes. Their lumpiness is picked up in the curious video object, somewhat like a blackberry which can’t decide if it’s a satellite or a molecule, with which Addison has joined in; and by a herd of baked-spud-like forms which scuttle round the gallery on bugs’ legs. Seeing such a range made me glad Grimes is 1/11th of my next curation* – of course, I love the other 10/11th’s, too… 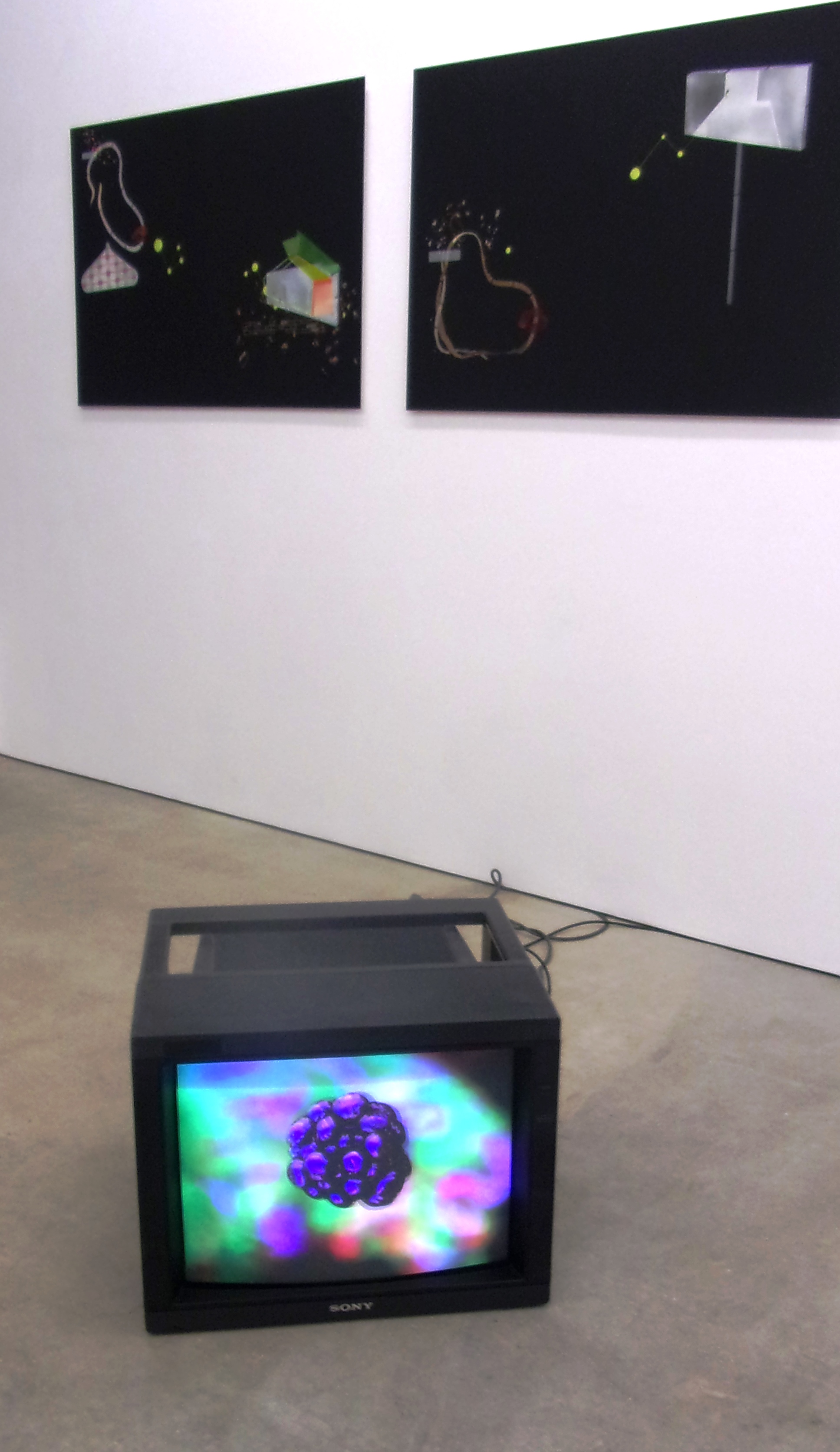