Modern Art is presenting a solo exhibition of new work by Richard Tuttle. It will be Tuttle’s third solo show with Modern Art.

This exhibition at Modern Art comprises four new bodies of work made over the course of the past year.

Over fifty years, Richard Tuttle’s work has been the subject of more than two hundred solo exhibitions. He held his first solo show at Betty Parsons Gallery, New York, in 1965, and in 1975 was granted a ten-year survey exhibition at New York’s Whitney Museum of American Art. Tuttle’s work was included in the Venice Biennale in 1976, 1997 and 2001, Documenta in 1972, 1977 and 1982, and the Whitney Biennial of American Art in 1977, 1987 and 2000. In London in 2014, Richard Tuttle undertook the Turbine Hall commission for Tate Modern, coinciding with a retrospective exhibition at the Whitechapel Gallery.

About The Artist
Richard Tuttle’s work is the subject of three concurrent solo exhibitions: Wire Pieces, at Pulitzer Arts Foundation, St Louis, USA, until 12 September; Both/And Richard Tuttle Print and Cloth, at the Fabric Workshop and Museum, Philadelphia, USA, until summer; and A room within the collection and a drawing cabinet, at Kunstmuseum Winterthur, Switzerland, until 30 June.

Richard Tuttle lives and works in New York, New York, and Abiquiu, New Mexico. He was born in Rahway, New Jersey, in 1941, and completed his BA at Trinity College, Hartford, Connecticut, USA, in 1963.
Go back Print 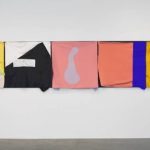 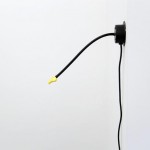 Paul’s ART STUFF on a train # 84: ‘The Minimal and the Excessive’

Walking round galleries with a group of artist friends, it was interesting to compare the reactions to two shows which take off from minimalist language and add emotion. 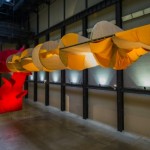 With only 9 days left, this is a must see New York show-As most of you probably already know, Ron Gorchov is categorized as a groundbreaking American artist, along with Frank Stella and Ellsworth Kelly, he is just one more name to know and Vito Schnabel is bringing his prolific and thoughtprovoking works straight to you!