Paul's ART STUFF on a train # 102: ‘The Use of Painting’ - FAD Magazine
Skip to content 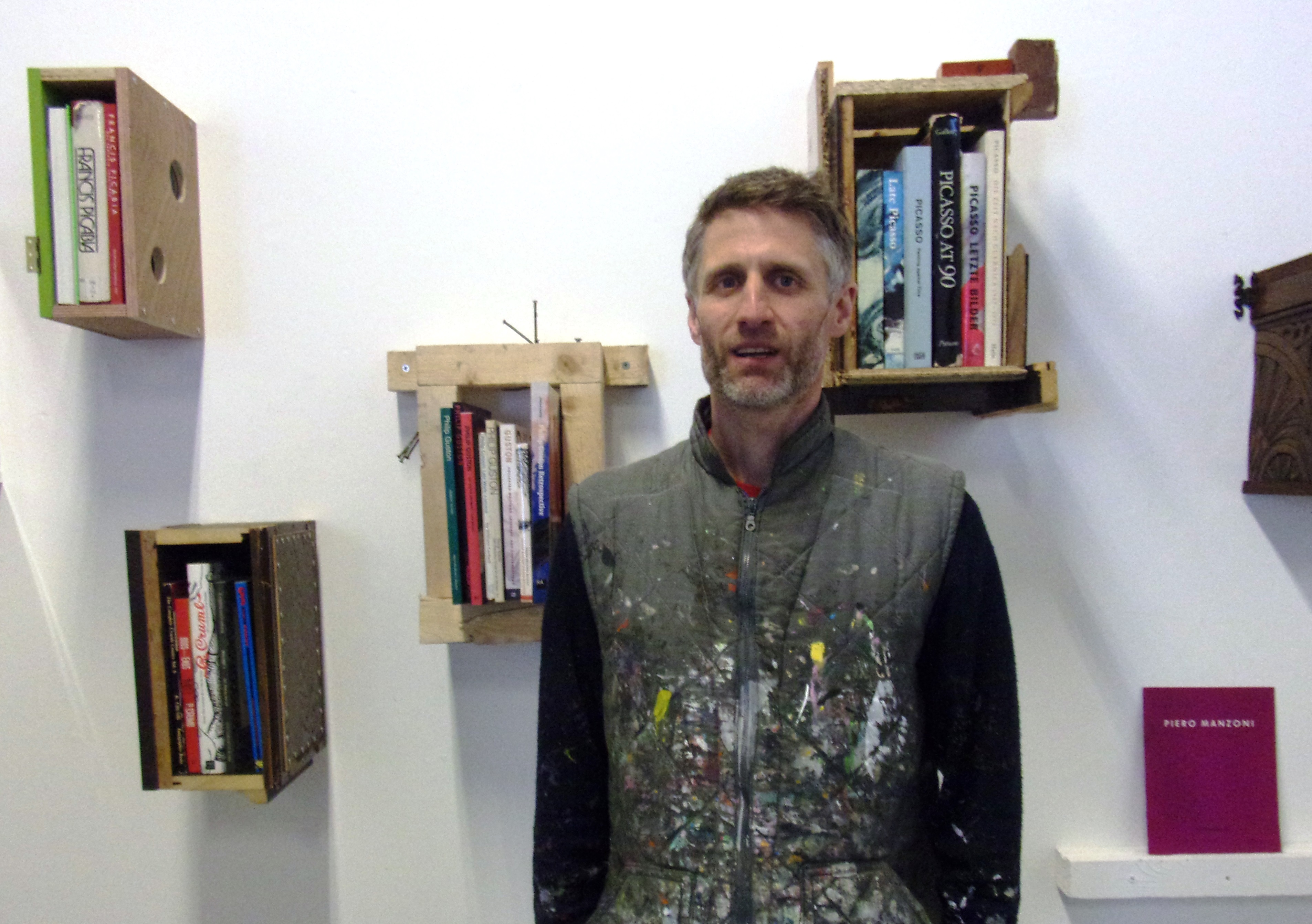 Luke Gottelier in his best painting kit with themed bookselves

Really, what’s the use of painting? Successful works just take up wall space which could have been used for shelving – possibly the fun-shelves, suited to their books, which Luke Gottelier has put up at DOLPH project space in Streatham: Manzoni monographs on a white shelf, Kippenberger on a scrappy construction, Warhol on a mix of silver and transparency etc. Failed paintings must be even further down the value chain. Yet Gottelier (also at FOLD’s new space in Fitzrovia, to 18 April) gives his rejected works a practical role: as ashtray, toy vehicle, electric guitar… Or does he? The first problem is that the process generates a ramshackle purposefulness which is in danger of falling back into art value. The second is that he’s just as likely to torture the earmarked set of 39 failed works from 2004-05, suffocating one in toxic gold paint, lighting another up with fireworks – and planning to conclude his time at DOLPH (where he’s at home with his books to 28 March) by covering a painting with catnip and letting a performing hoard of tabbies do their worst.That’s typical of how Gottelier works: he’s fired by decidedly wacky ideas – what if he sticks neckties onto paintings / aims at the ugliest possible portrait / makes a hairy painting / attacks his old work? – which then drive him into the search for the formal and practical solutions. And that’s what maintains his – and our – interest. Maybe that’s the use of painting, after all. 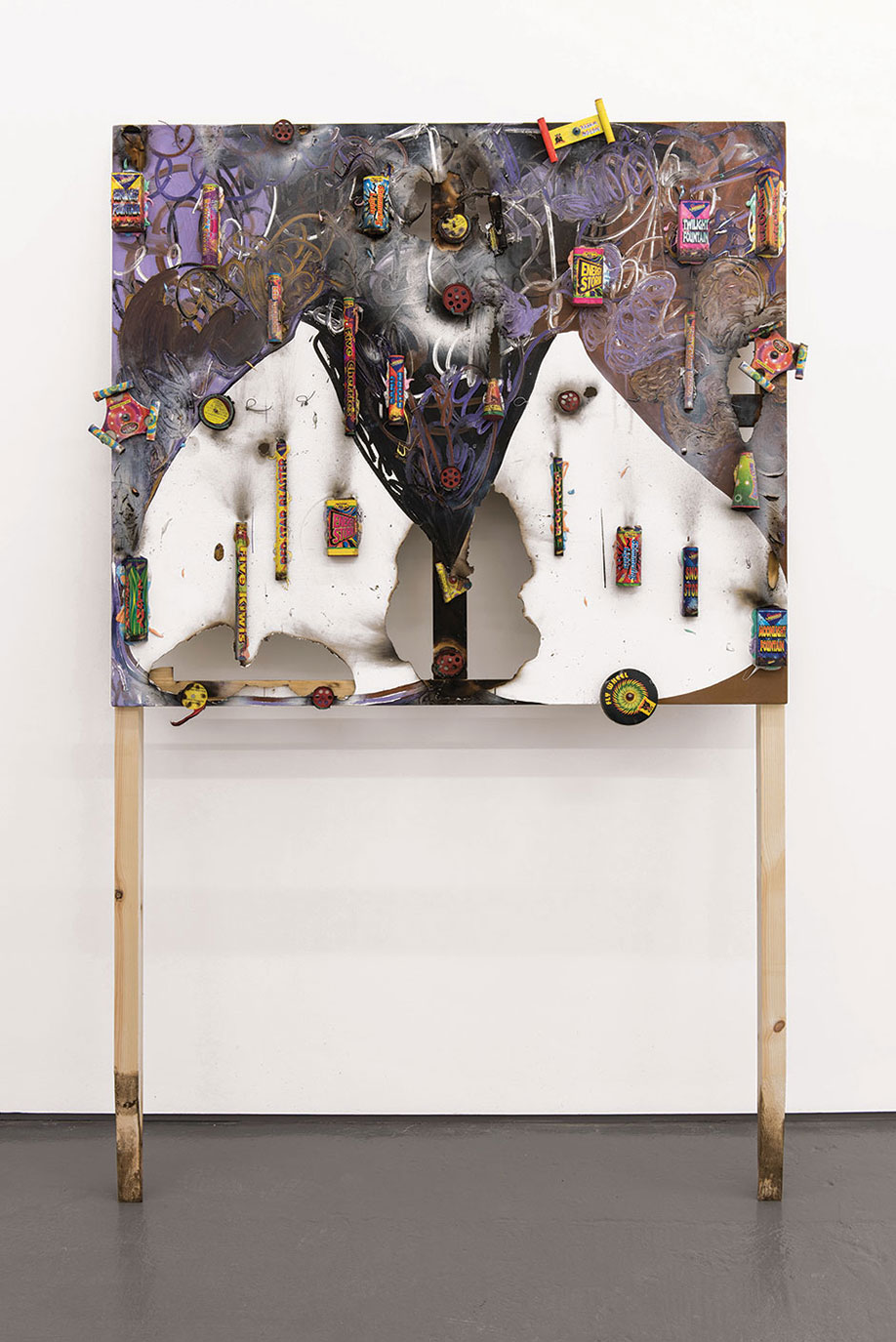