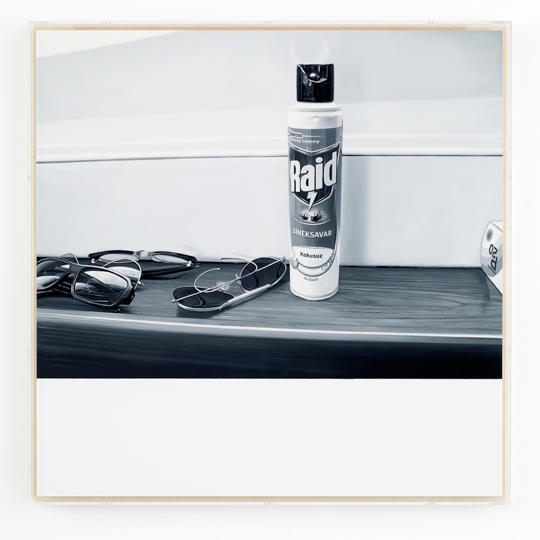 Visitors to the Max Wigram gallery often assume that James White’s still lives from hotel rooms and the interiors of boats (to 9 Nov), are black and white photographs. There’s the exacting and somewhat forensic grey-scale reproduction of glass and mirrored surfaces; a snapshot casualness to the choice of items and their composition; and a run-off of white as if a contact sheet has been cropped. Some future show should contrast these works with White’s photographs, which – even though they originate from his archive of source material for the paintings – look more like paintings than the paintings made from them. This results from their unnaturalistic colour and dominant use of a stylised ‘lens flare’ after-effect, sometimes set against solarised backgrounds.

The paintings, it seems, edit out the obviously painterly effects which the photographs are printed to exaggerate. Back at the paintings, that said, closer examination does show the brushwork on the unusual material of Plexiglas; an objecthood more typical of paintings is emphasised by the double layer of birch board on which they are set in Perspex box frames; and that white band starts to feel more like a way of revealing the nature of the ground – or even, it being placed where a signature might be expected, a jocular way of signing the work ‘White’. And it’s in the back-and-forths – between painting and photograph, between throwaway and exacting, between pointlessness and point – that the interest of White’s work lies. 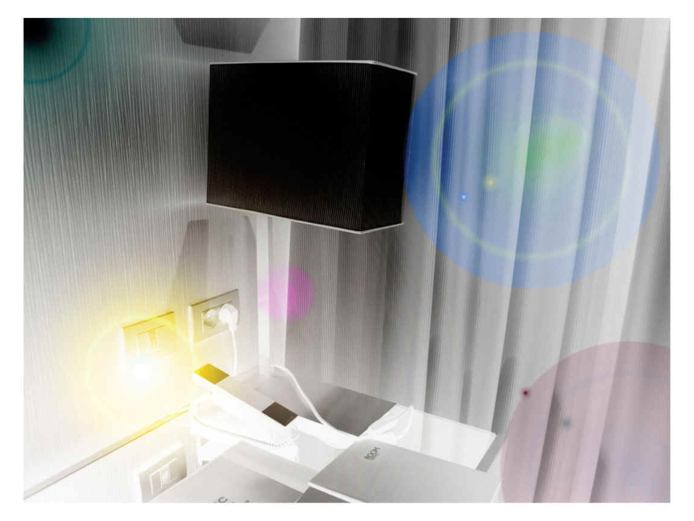