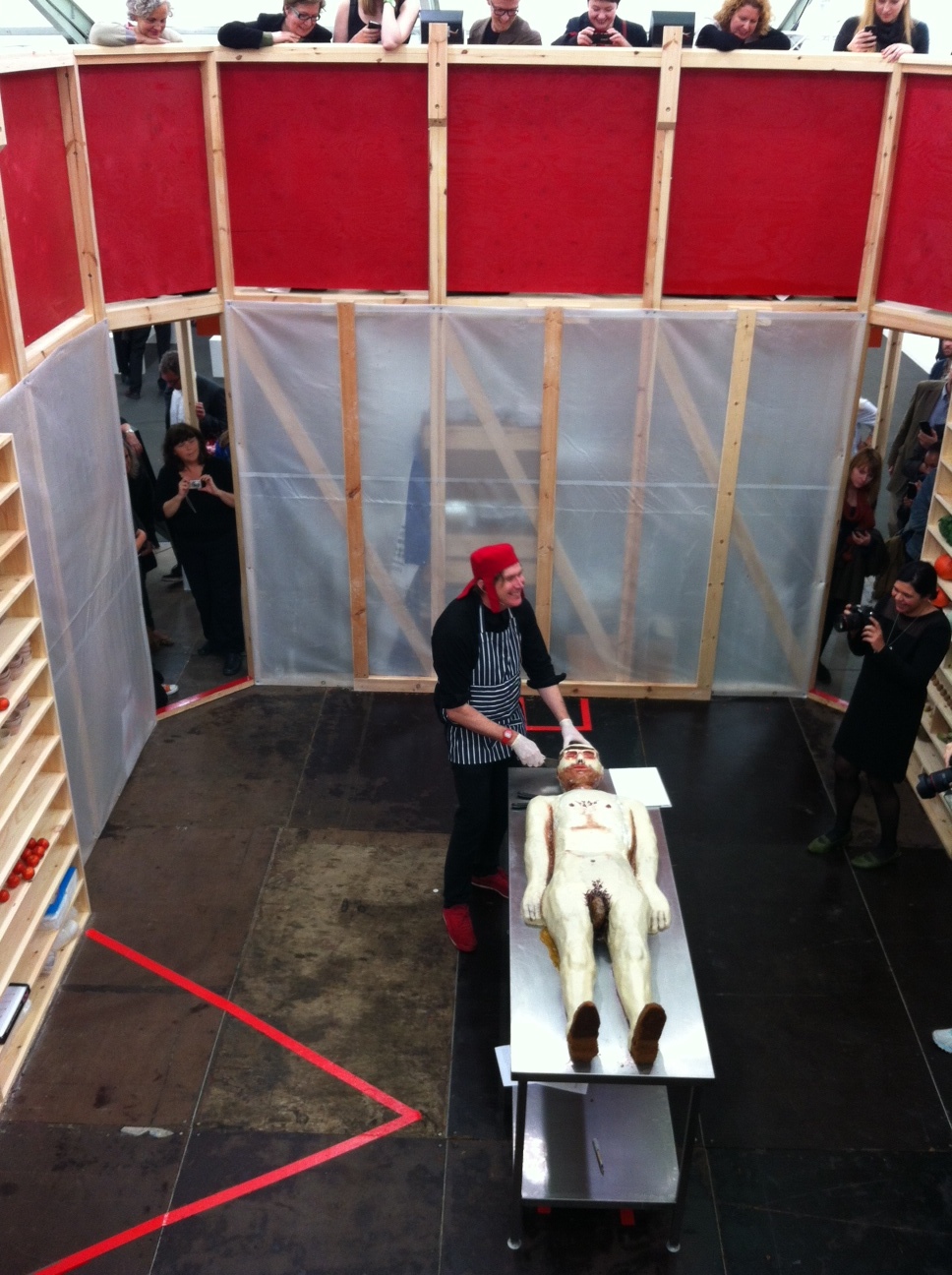 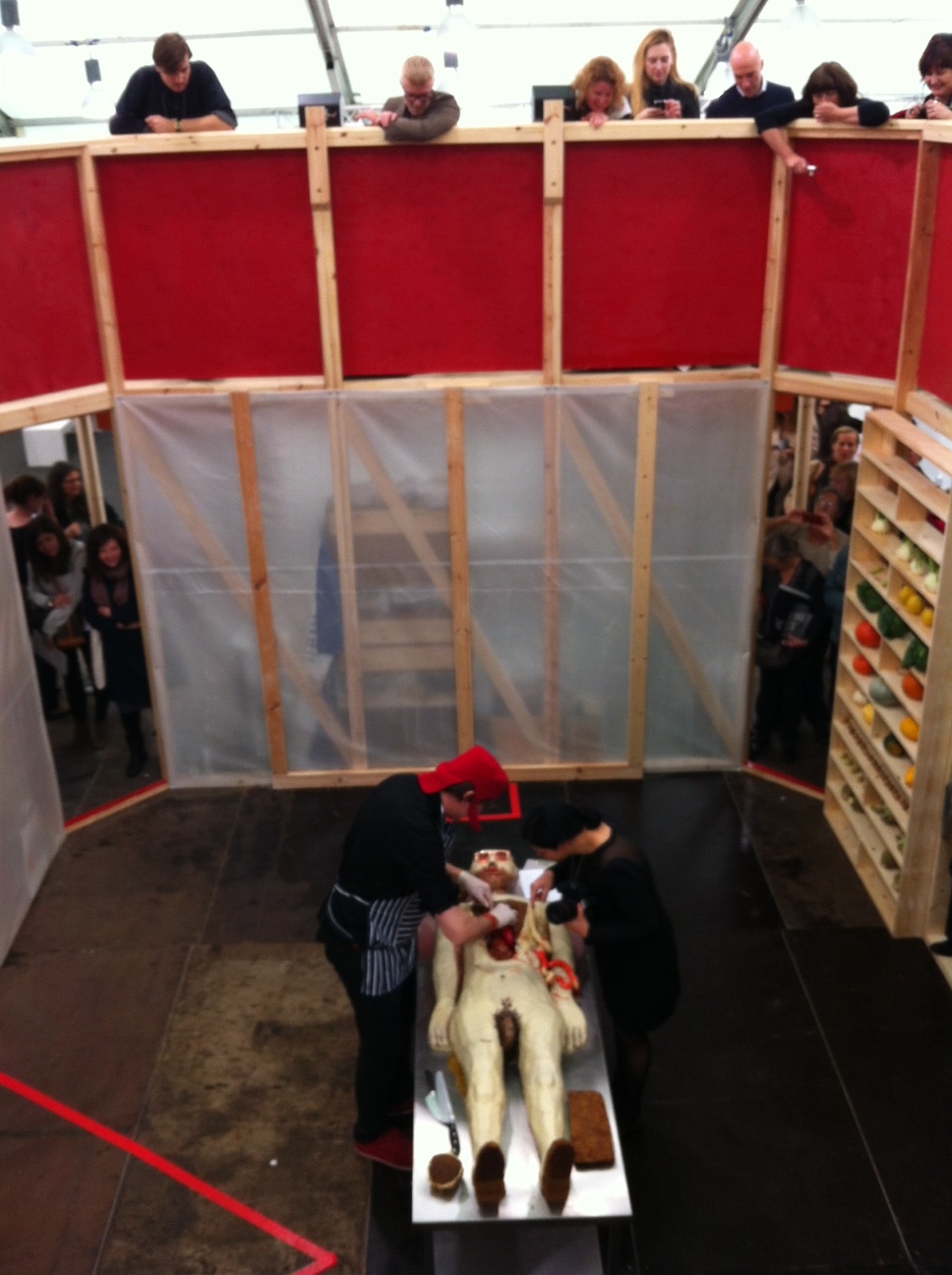 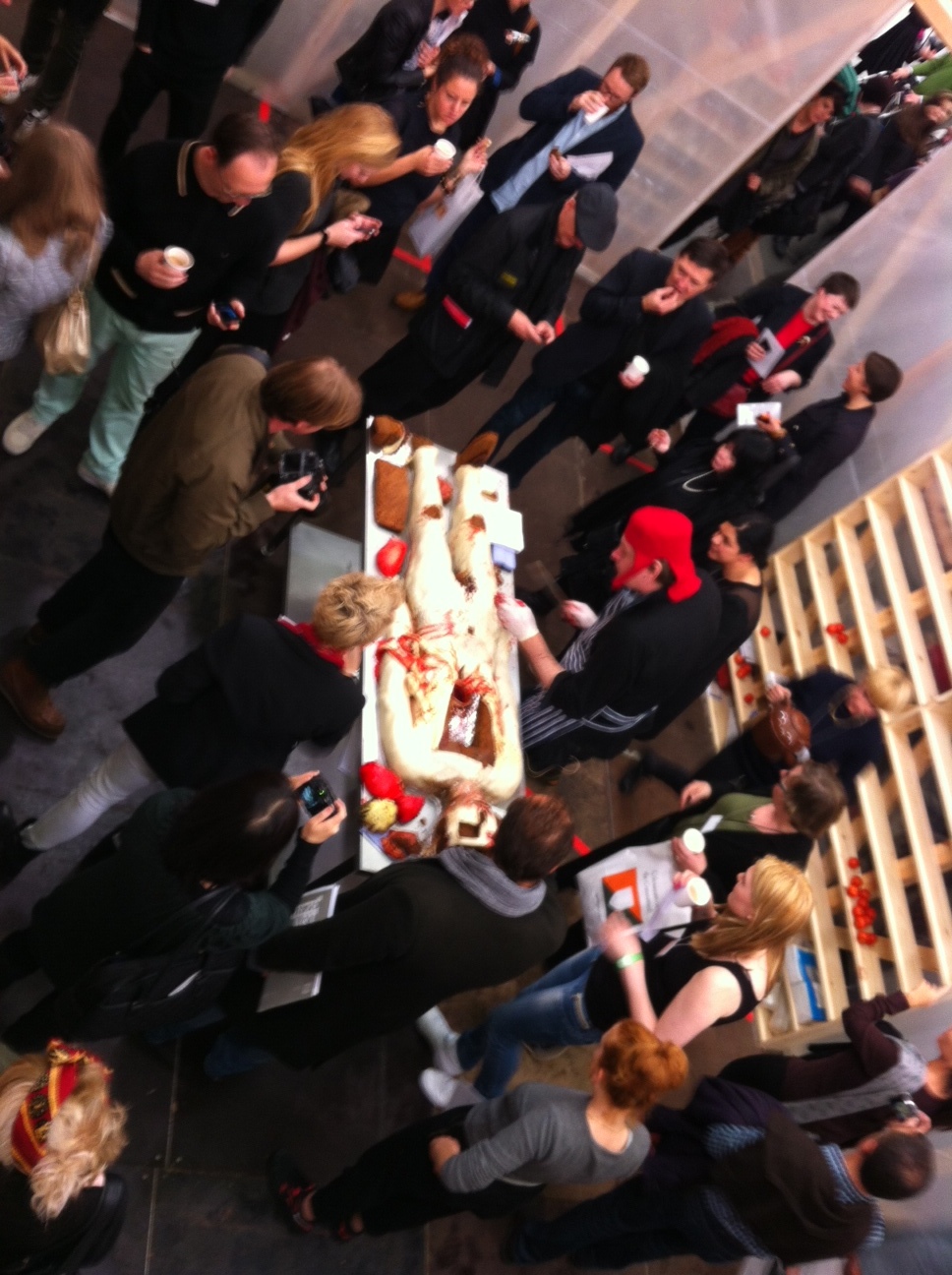 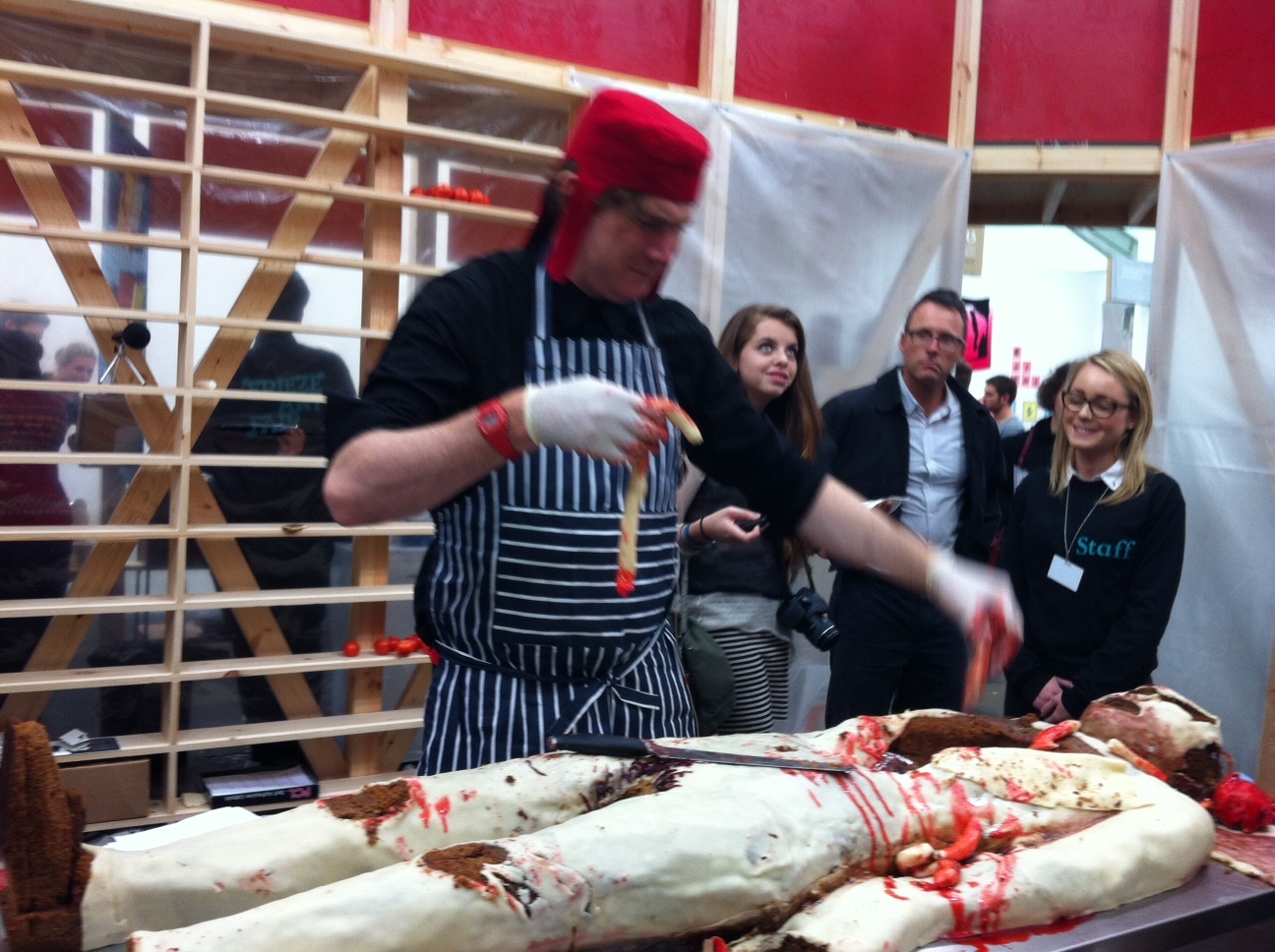 Here are some pictures of Bedwyr Williams’s performance yesterday afternoon at Frieze.
He dissected a life-size curator made out of cake, complete with internal organs and covered in marzipan skin.

The performance was courtesy of the Grizedale Arts and Frieze Foundation food-related programme: Colisseum of the Consumed.
www.friezefoundation.org/

Broadcaster and curator Tim Marlow (White Cube) was good game – he ate the bald curator’s spongy penis! Other takers included Louise Wright, Arts Council Wales commissioner for Wales In Venice, at the 55th Venice Biennale, 2013, who I think got a finger and Ben Borthwick, Chief Executive, Artes Mundi, ate a bit of liver.

Bedwyr Williams will represent Wales in Venice at the 55th Venice Biennale, 2013, curated by Mostyn and Oriel Davies galleries. 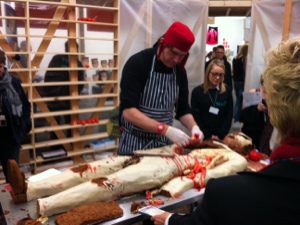