What are artists doing during lockdown? - FAD Magazine
Skip to content

What are artists doing during lockdown? It’s potentially a reinforcement of ‘studio time’ – albeit that may be in the house without access to the studio as such – and a chance to move in new directions without the pressures of particular deadlines to finish work for a show. Sometimes the work will directly reflect the unusual circumstances, thriving perhaps under a different form of pressure, as art often has. Sometimes it supports particular causes. This week and next I will feature work made in last couple of months which reflect some of those factors. 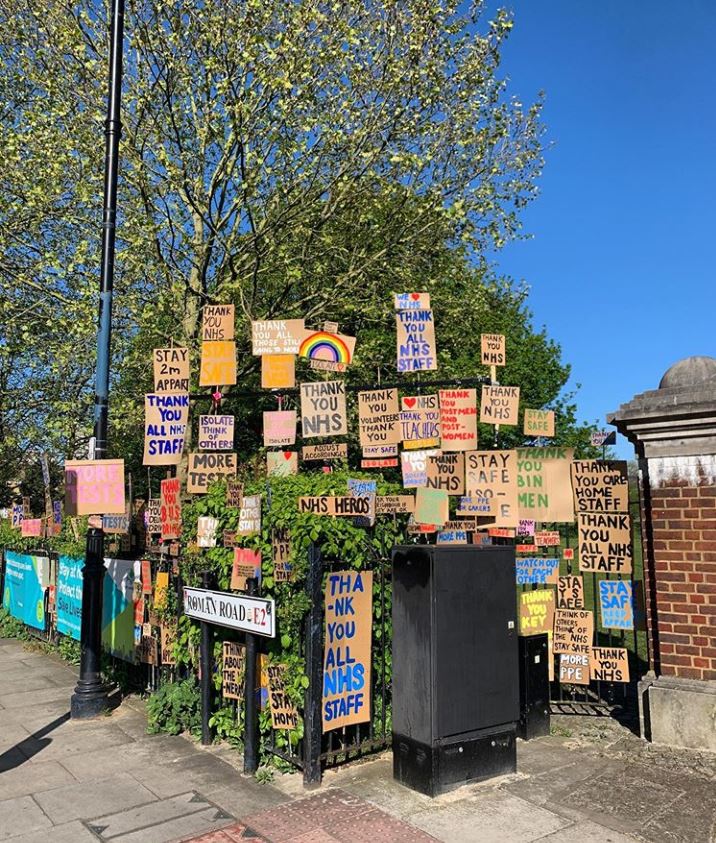 Peter Liversidge: Sign Paintings for the NHS. Peter Liversidge has previously addressed forms of protest through installations of signs, but here his placards, which he adds to daily in his East London neighbourhood, are celebratory and have become an evolving sight for the presumably reduced number of regulars passing by. @peterliversidge 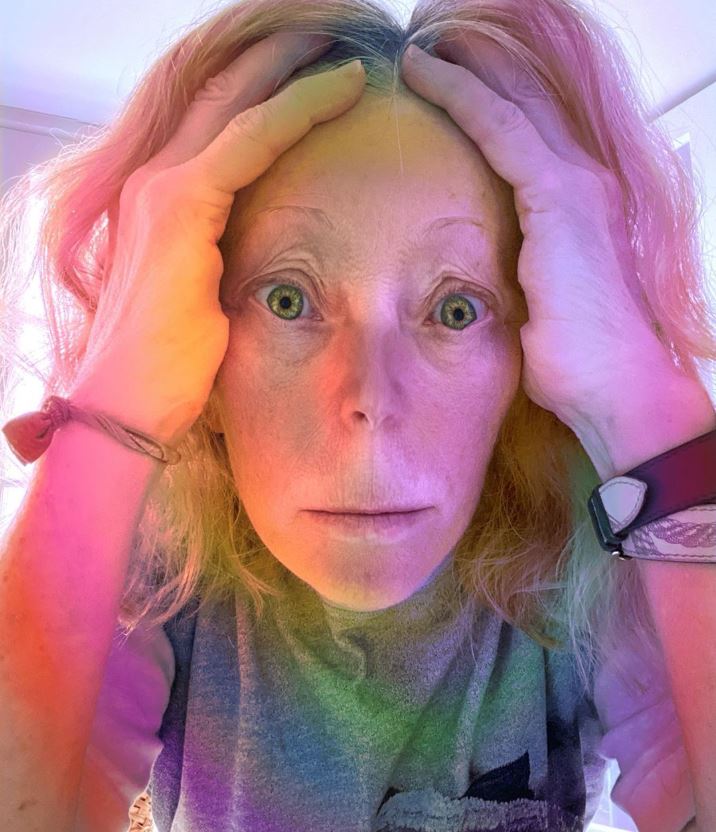 Cindy Sherman is among those artists quick to take up charitable causes in response to the crisis. This is Cindy Sherman’s response to a call to support foodbanks in New York by making art featuring the currently ubiquitous rainbow motif. @cindysherman #rainbowsinwindows 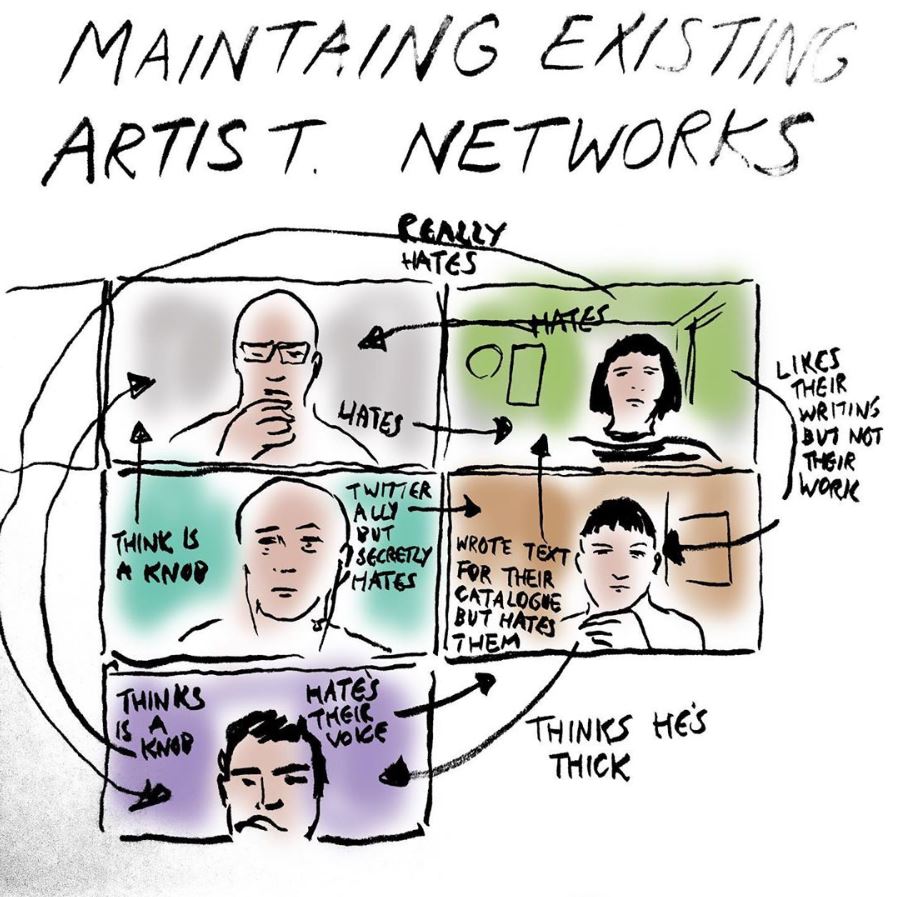 Bedwyr Williams regularly posts his satirical drawings of art world on his Instagram account. Not surprisingly, the lockdown has given him a fresh context to lampoon such characters as the ‘tells artists that art isn’t important during a crisis artist’ and the ‘posts quotes and stills from obscure books and films without saying where they are from artist’ and – here – the false bonhomie of networking for a purpose. @bedwyr_williams 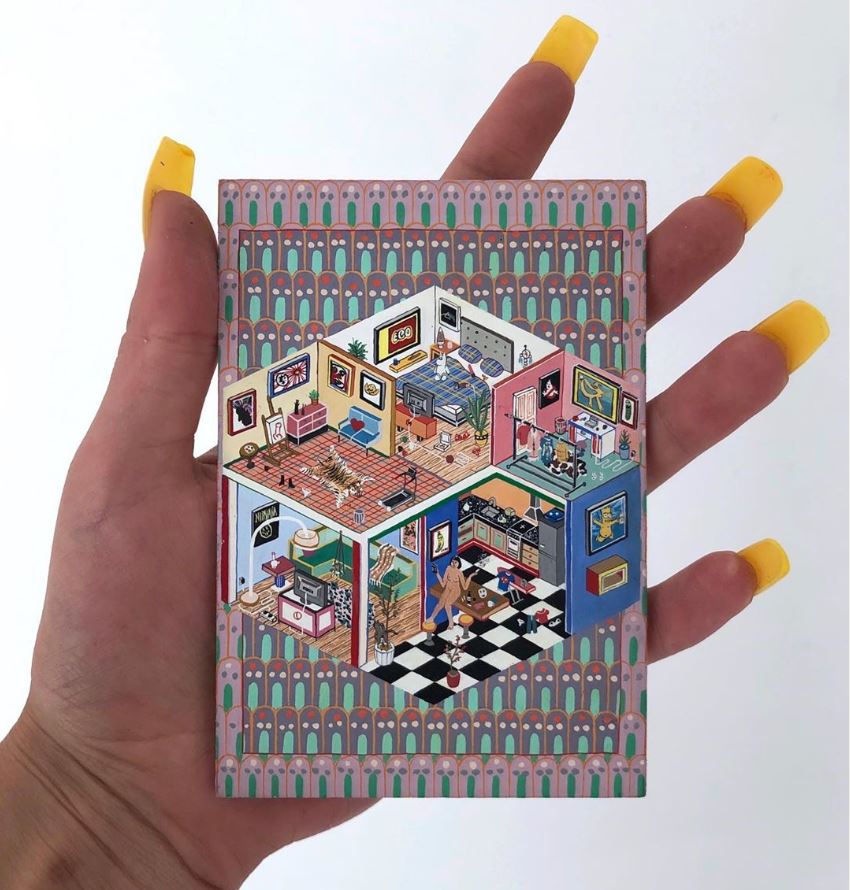 Paola Ciarska holds one of the art-laden interiors in which her naked avatar lives the isolated life in some luxury. The presentation demonstrates both the intricacy of Ciarska’s working process, ideal for confined circumstances, and the impressive maintenance of her fingernail standards during lockdown! @paolaciar