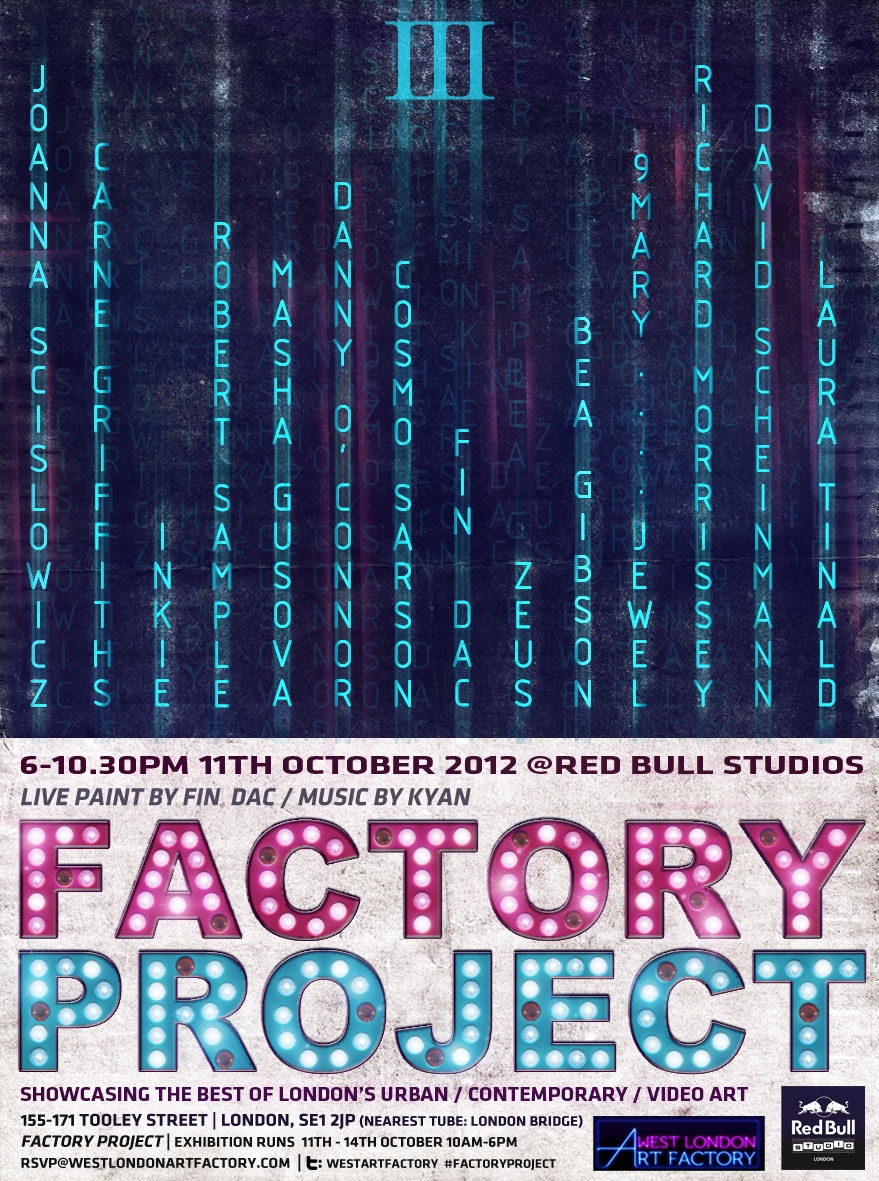 West London Art Factory is proud to present ‘Factory Project III’. After the phenomenal success of the previous two, Factory Project returns to Red Bull Studios, the place where it was first launched as part of Red Bull’s on-going support for the arts. This exhibition features some of London’s most accomplished Urban / Contemporary and Video Artists who will be exhibiting works from the 11th Oct and throughout the week of the prestigious Frieze Art Fair 2012.

“This promises to be a great show with a really dynamic line-up of artists showcasing some exciting new work. We’re really pleased to be returning to Red Bull Studios, it’s a perfect space.”

Many of the works employ a notable use of the female form as a means of expressing and exploring human emotion as well as examining themes such as femininity, beauty, power, frailty and a sense of loss. Other contributing artists are interested in political and spiritual themes and for some of the exhibitors it is the act of creation itself that takes precedence. Typically, the work provides only hints or glimpses as to their meaning and motivation encouraging the viewer to take a step back and come to their own conclusions.