The apartment and studio used to be Andy Warhol‘s living and creative quarters and is located in the Bowery of Manhattan, New York. According to real estate agency, Meridian Capital Group, the 57 Great Jones Street property is available for $60,000 USD rent per month for a minimum of 10 years as a potential restaurant. Shortly after Basquiat met Warhol, he rented the second floor space. The agency described the space as an “open loft space with high ceilings and multiple skylights.”

In 2016, Village Preservation, an architectural conservation society, placed a plaque outside the building to commemorate the former resident. It reads, “Basquiat’s open loft space with high ceilings and multiple skylights.” The exterior of the building can be seen adorned in street art as a public tribute to the artist since he first started his career as a graffiti artist as one half of the duo SAMO.

The building was purchased by Warhol in 1970 and spans 6,600-square-feet across three floors. 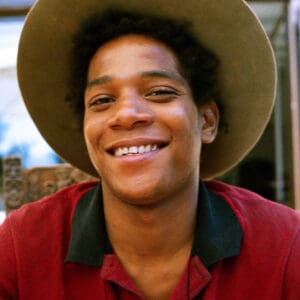