The whole debate kicked off at the start of the decade, when that bastion of knowledge, Wikipedia, defined the $91 million sale of Pak’s Merge artwork as NFT sales, not art sales. But, as Kenny Schachter would later comment, NFTs aren’t “art in the same way Wikipedia is not an encyclopedia…”. After all, “art is defined by the intent of the artist”, and who but the artist can comment on their intent?

The divisive critic hasn’t been the only one to express their opinion on whether or not Non-Fungible works should be classed as artworks; plenty of people on both sides of the debate have been outspoken on their views. The viability of NFTs as the future of art has even been hotly contested by media outlets belonging to other industries, so clearly, it’s become quite the hot topic.

But the true question here is, why does it even matter at all whether NFTs are seen as art or not? Are they just the latest in a long line of techy upstarts, or is something more meaningful at stake?

Why NFTs are so Divisive

NFTs, aka non-fungible tokens, are decentralised assets that utilise blockchain technology, aka the tech that powers cryptocurrencies like Bitcoin. Each asset is unique and has its own value – much like artworks in that sense.

Creators generate NFTs by digitally creating and minting their content, be that visual art, music, video etc. and then sell their tokens to buyers, transferring the ownership of the content to the buyer. However, while the ownership of the work belongs to the buyer, the content itself can be viewed and consumed for free due to the decentralised nature of digital creation.

Take the work ‘Everyday: The First 5000 Days’ by the artist Beeple (Mike Winkelman). Everyday became the first NFT artwork to generate $69 million in sales when it was sold in March 2019. While the work now officially belongs to the buyers, it’s still right there on Winkelman’s website for anyone to view and download – all 5,589 images.

This, in turn, raises the question of who actually owns the digital art contained within NFTs. If the content can not only be viewed but downloaded and altered further, it turns the exclusivity and value of art directly on its head.

New Art for a New Generation

There’s another layer to this debate, which has a more philosophical impact on what we consider great art to be. The presence of decentralised, digital artworks doesn’t just affect the bottom line of the art industry; they also democratise the idea of “great art”.

NFT art is oblique in that it doesn’t reference or revere the more traditional Western art that still dominates the world’s museums, galleries and exhibitions. Artists creating in the digital realm reference pop culture; everything from video games to comic books, Sci-Fi, pixel art, and even Artificial Intelligence appears in NFT artworks that have been sold in the public domain.

Furthermore, plenty of NFT artworks create under pseudonyms or prefer to remain completely anonymous, letting their works speak for themselves.

All of this points towards digital art, specifically art sold as NFTs, as being truly contemporary and of its time. We’re now well and truly in the digital era, and global tastes reflect this. NFT art is an art movement created for and by a new, technologically savvy and digitally motivated generation. We only have to look back at the past five hundred years of art history to see the precedence for such movements repeatedly.

The Italian Renaissance, for example, sprung up following the invention of the printing press and the rise of the merchant class. Artists had a newfound freedom to explore rationality, generating work that was very much grounded in the collective human experience. 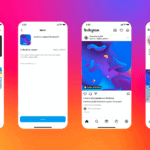