Using a window display created by Andy Warhol for a luxury New York City department store in 1961 as a starting point, Michael Pybus is to transform D-Contemporary into facsimile of a retail display. Exhibiting a new series of paintings and mixed media assemblages that simultaneously celebrate and parody the aesthetic tropes of rampant conspicuous consumerism.

One of the paintings in Warhol’s display was ‘Superman’ (1961). It got me thinking ‘who is a Superman today?’ well they would be a celebrity for sure. This led me to read a feature claiming Robert Pattinson is the most handsome man in the world according to science and the Golden Ratio, so I reimagined Warhol’s Painting with Robert Pattinson taking center stage. The same article claimed Bella Hadid is the most beautiful woman in the world. She has allegedly had a lot of cosmetic surgery including rhinoplasties, so I reimagined Warhol’s painting of a nose job advert “Before and After” (1961) with the inclusion of Bella Hadid’s impossibly perfect face.

Robert Pattinson & Bella Hadid are hugely lucrative commodities in the commercial sector. Their faces and bodies are used to display and sell millions of dollars worth of goods globally. For all intents and purposes they are living versions of inanimate mannequins which stood in the Bonwit Teller shop window.

Sampling from a multitude of sources Pybus reimagines contemporary culture by remixing the icons, brands and franchises which permeate our lives. For his exhibitions “Corporate Sculptures” at D-Contemporary 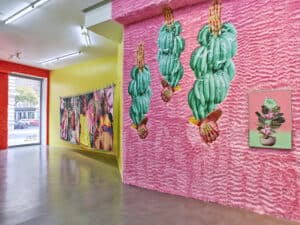 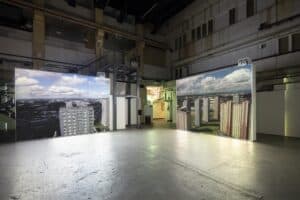 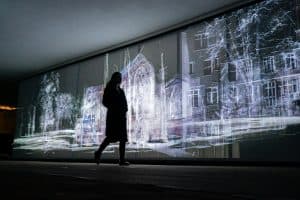 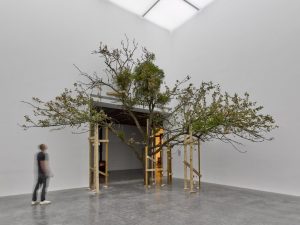