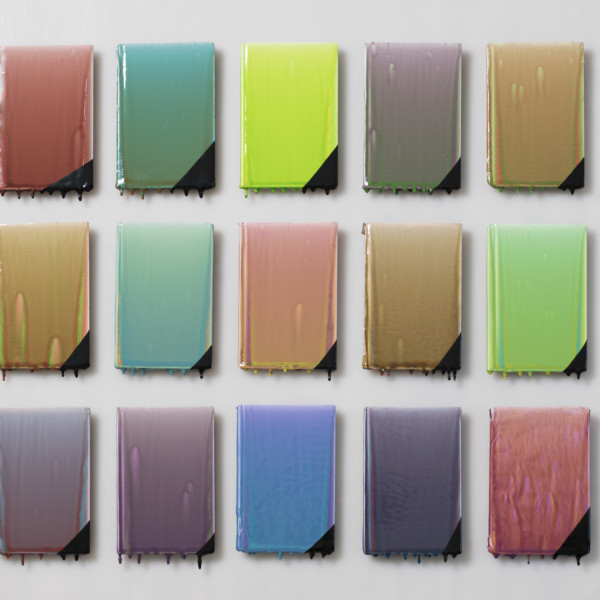 An original artwork will naturally tend to materially exemplify the reasoning behind its production, though even that is complicated by outsourcing. The same isn’t true of editions: whereas a woodcut, for example, is conceived for reproduction and made in a manner attuned to that, some prints are simply paintings which have been turned into something rather like a signed poster: the thinking and technique behind the art isn’t reflected in the edition. So the use of materials is one way to achieve that authentic link between creative origin and the outcome. Another, proposed as the leitmotif of the new edition-driven project ‘Assembly Line’ by Shane Bradford, is to use the fact of multiplicity as the  inherent driver of editioned art. 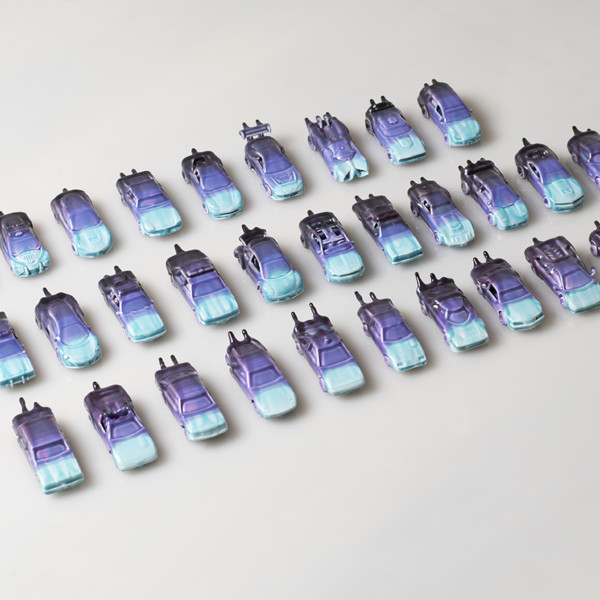 How does that operate So far, we have only three artists’ examples to go on, and Bradford’s own work predominates. One strand of his practice is to ‘dip’ objects into paint. The 32 hand-dipped model cars which make up the edition ‘Twilight (Factory Reset)’ – complete with exhaust flame drips – relate much more convincingly to factory assembly line production for being multiples. And the edition of 15 dipped hardbacks ‘Judge a Book by its Cover’ reinforce each other’s impact: we suspect the books’ contents are likely to be different, but the blank monochrome covers effectively give the same basis for judgment in all the disparate cases – which wouldn’t operate comparably in a one-off. The neat underlying joke is that, although we normally say that ‘you can’t judge a book by its cover’, that is all one can judge by in this case – and it still doesn’t help, except in concluding that they make attractive abstractions. Which may, however, be all we need… 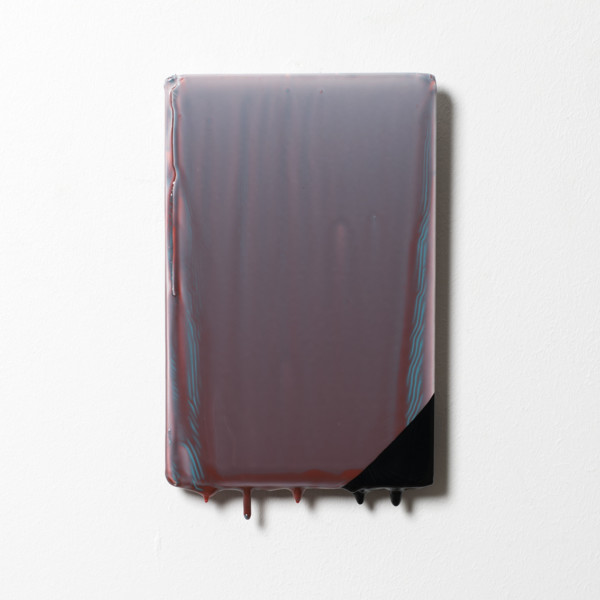 Bradford aims to generate comparable thinking from additional artists in future: it will be interesting to see how that works out. 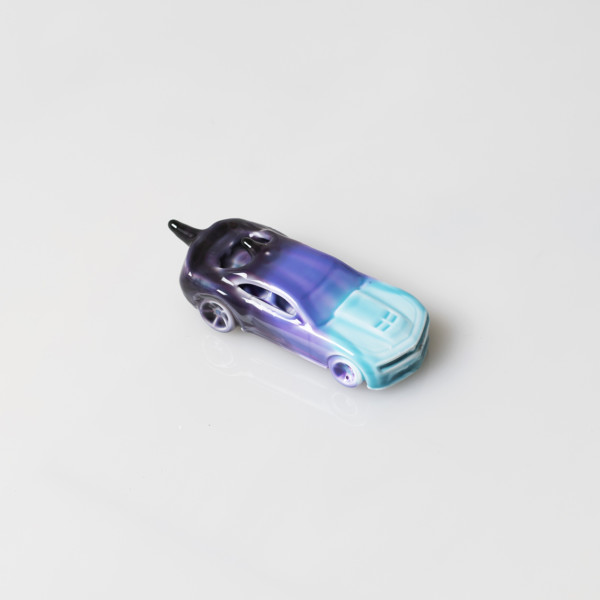