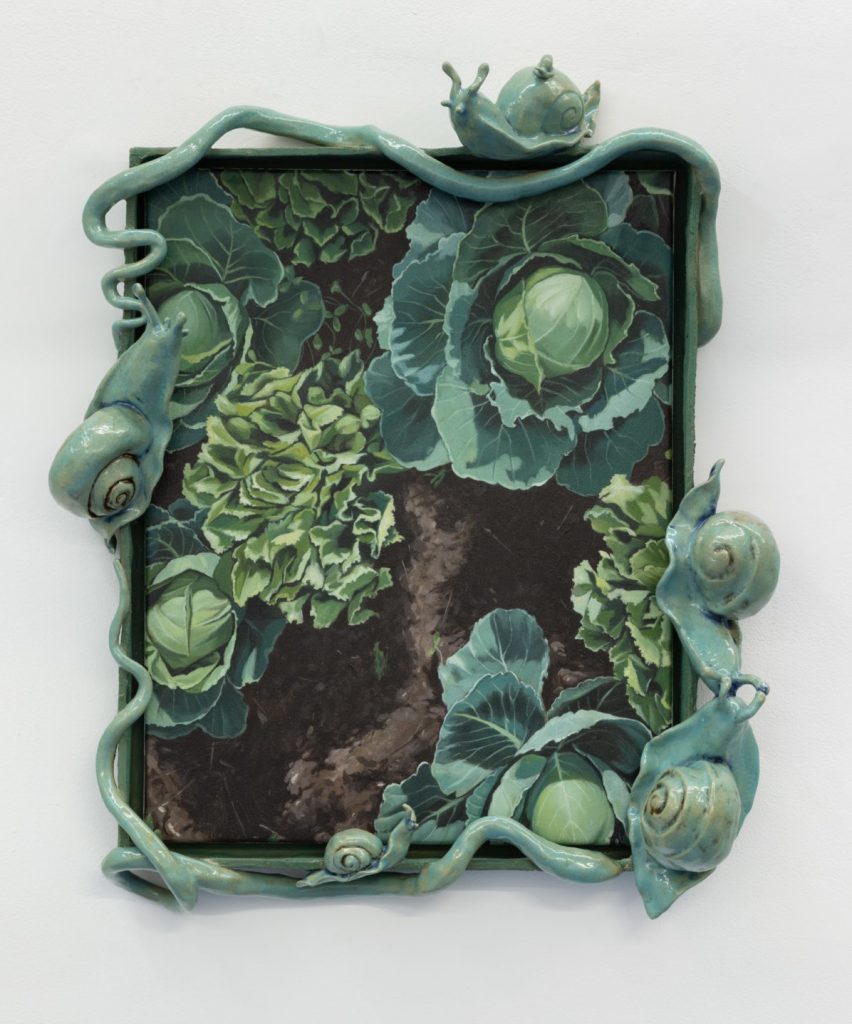 The ceramic painting seems to be a form on the rise. Ceramics have been a trend for some years now, triggered perhaps by a desire for the visibly hand-made in the era of outsourced and / or digital production.    Painting shares some of that, so why not meld them? Leaving aside Julian Schnabel’s way of painting on smashed crockery such work has tended to be abstract – Mary Heilmann, Liz Larner, Arlene Shechet and Mai-Thu Perret come to mind. But here are three lively young artists making figurative ceramic paintings:

Stephanie Temma Hier: ‘Green grass finely shorn’, 2020 (top) – oil on linen with glazed stoneware sculpture. The twist I like in the Canadian painter’s use of eccentric ceramic frames to provide bespoke contexts for her oil on canvas still lives is how the potentially heightened realism of three dimensions actually operates to undercut the veracity of the relatively traditional illusionism of the two dimensional surface. She got the idea from drinking water: ‘My experience of the water changed based on the glass which carried it to my lips, and so I wanted to similarly change the experience of painting with its own contextualizing vessel’.  Shown by Brooke Bennington.

Lindsey Mendick: ‘A fish out of water’, ‘Spilling my guts’ and ‘Hung out to dry’, 2020. One of five narrative triptychs which act as a comic strip of paintings encapsulating the messages implied by the journeys of flowers and food towards entropy. Given that ceramics are the natural material of plates and vases, and that human clay travels towards the endpoint of the Vanitas, there is logic to Mendick’s wit. Part of her show ROT at Cooke Latham Gallery 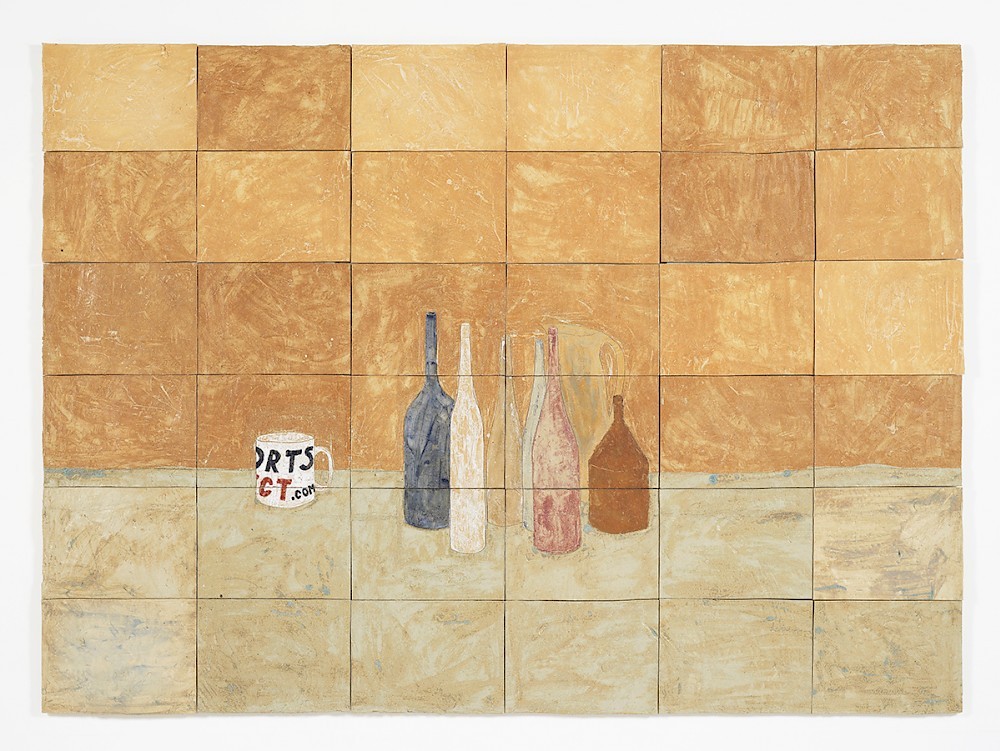 Jesse Wine: ‘Still Life’, 2015. This looks like a combination of historical precedents from its genre: Giorgio Morandi’s meditations on vases and pots – another case of clay depicting clay – join a mug such as Ben Nicholson sometimes featured. We come down to earth once we spot that the latter is actually from Sports Direct, introducing the somewhat less revered figure of Mike Ashley.