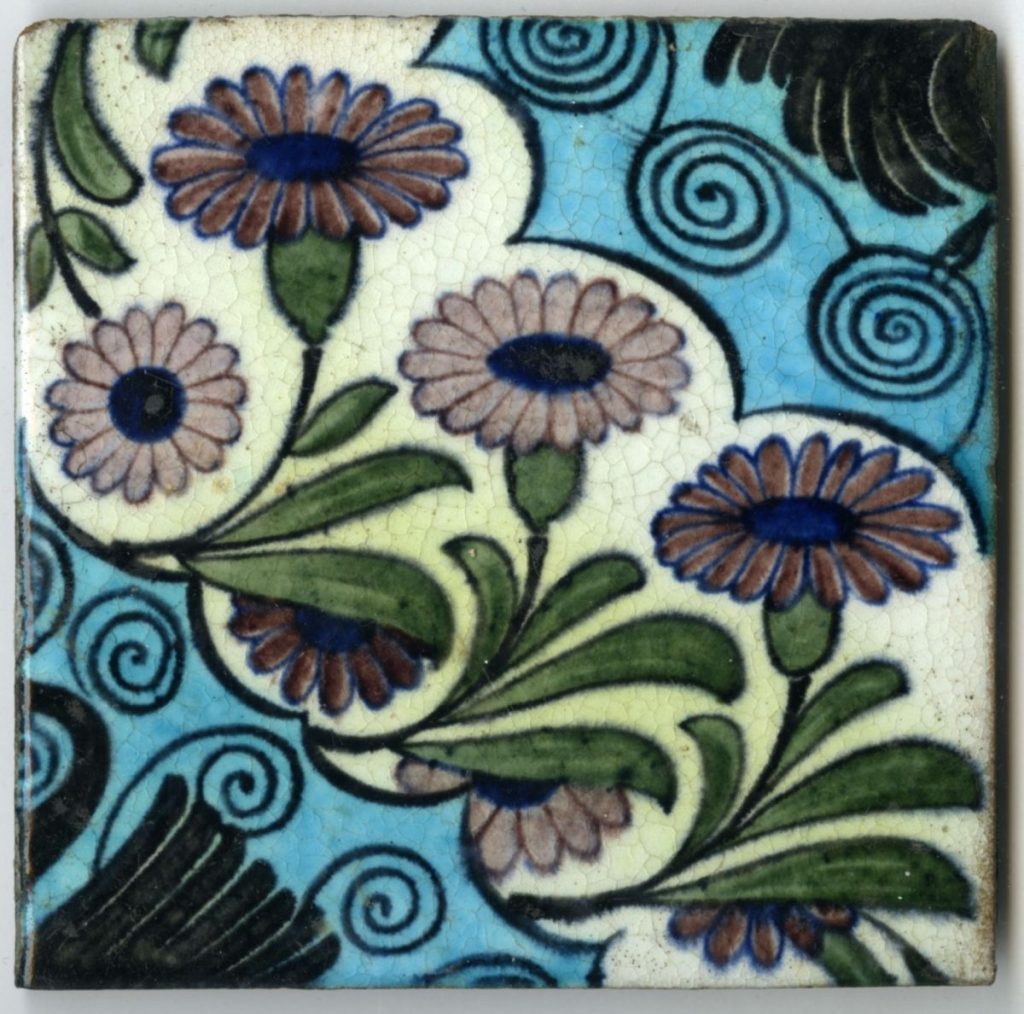 Pre-Raphaelite painting can often come across as inert, but the designs of the tendency’s primary ceramicist  – William De Morgan (1839 -1917) – are always full of characterful life and implied movement. You can catch him permanently in the Watts Gallery (where the De Morgan Foundation is based), Ashmolean, British Museum, V&A and at Pitzhanger Manor in Ealing – but he’s also having something of a wider moment. 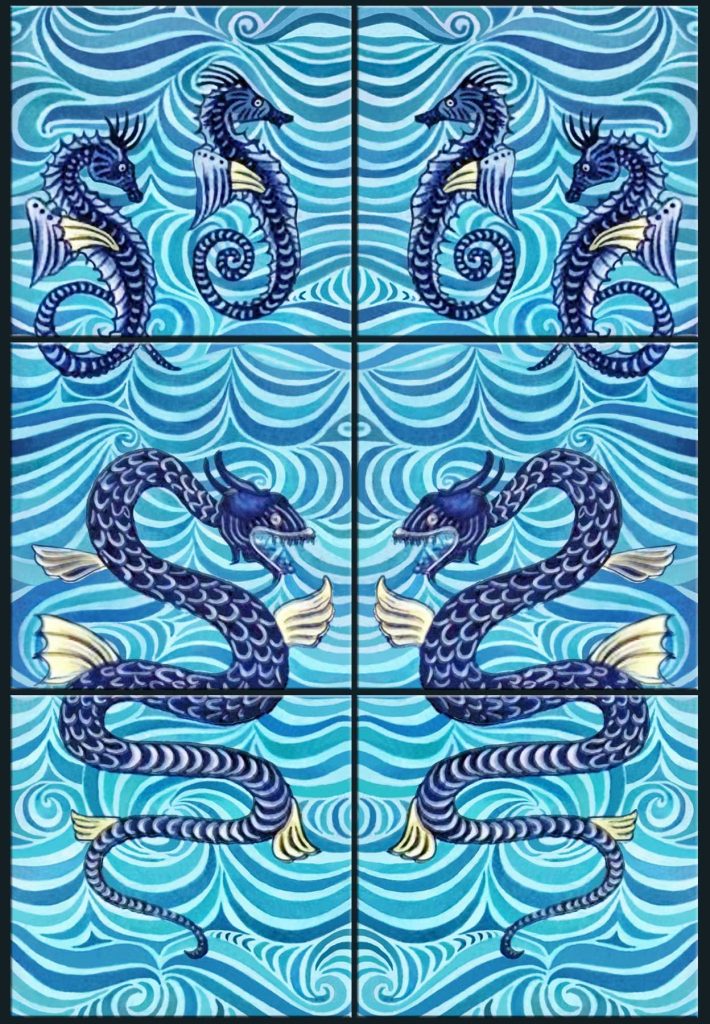 He will feature with his painter-wife in ‘William and Evelyn De Morgan: Two of the Rarest Spirits of the Age’ at the Laing Gallery, Newcastle (14 March – 20 June), and is currently on show at the Russell-Cotes Museum in Bournemouth (to 2 Feb). That show is titled – accurately enough – ‘Sublime Symmetry’, but it’s stated the theme is to explore ‘The Mathematics behind De Morgan’s Ceramic Designs’. 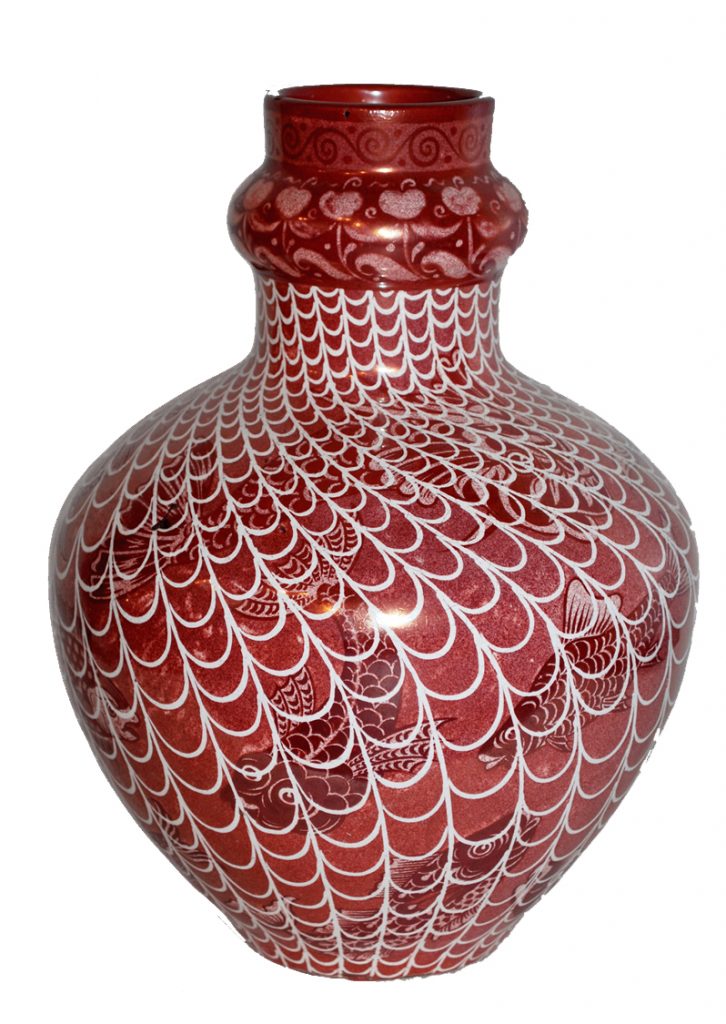 That led me to expect something like calculated ratios or computational bases for the number of repetitions.  Yes, although De Morgan’s admired Euclid, his father was a Professor of Mathematics and his brother formed a mathematical society,  the maths turns out to be no more than symmetry, repetition and geometric shapes. You can dress that up as mathematical, but in that case lots of art – Donald Judd’s and Bridget Riley’s, for example – is mathematical and it seems a little superfluous. None of which is to diminish the pleasure to be gained from how ingeniously and attractively De Morgan uses those devices: the Russel-Coates is certainly worth a visit. There are plenty of flowers and birds, but I have chosen watery examples, including perhaps his neatest combination tile (top and bottom) in which four corners make – as you might not guess from one tile – a swimming swan… 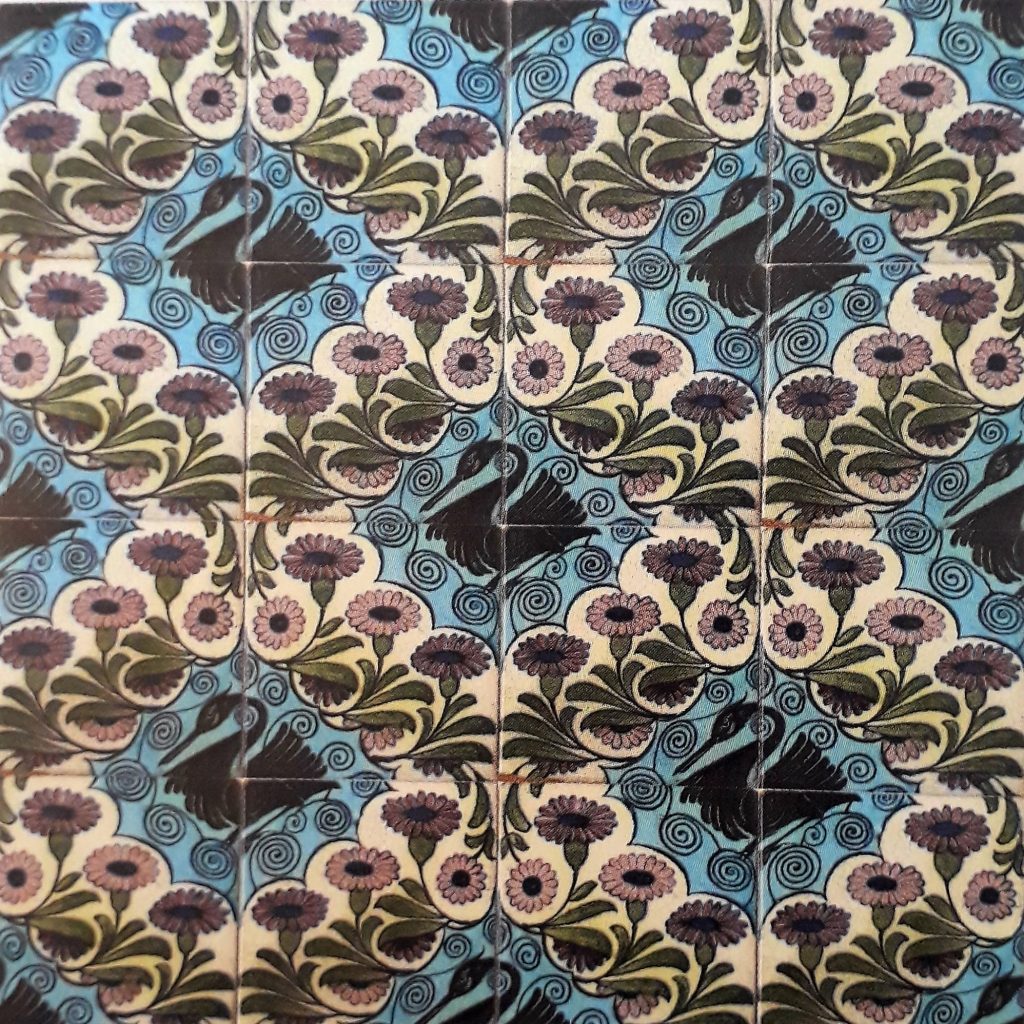