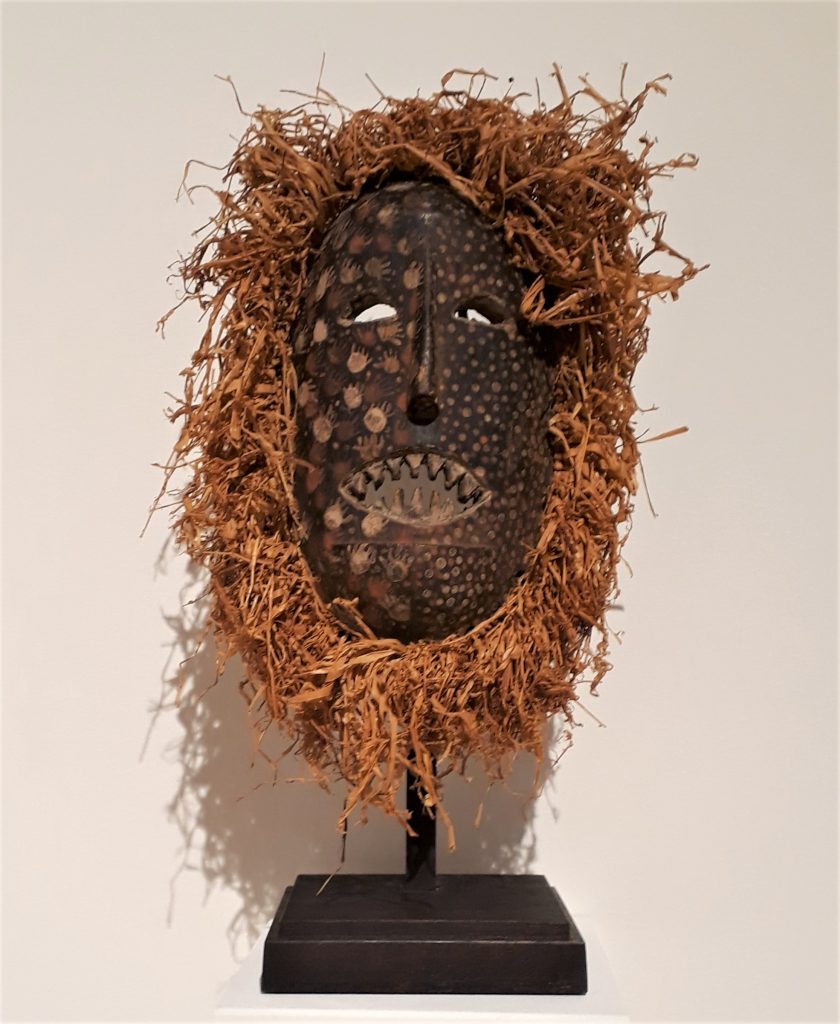 The first fair of the new art season (Sept 3-7 at the Mall Galleries) covers an area I find interesting without knowing much about it. In Tribal Art London, twenty dealers present a good mix. Figures, masks, textiles and baskets are present as expected, but so are less usual items: headrests, a coconut scraper, paddles, a circumcision knife… Here are four items which caught my eye.

Mask, Congo 1940’s at Mark Eglinton (USA) – top image. Not only is the raffia surround – often removed – still present, the earth-painting of hands and stars is particularly subtle and reminded me somewhat of how Richard Long works mud with his hands. 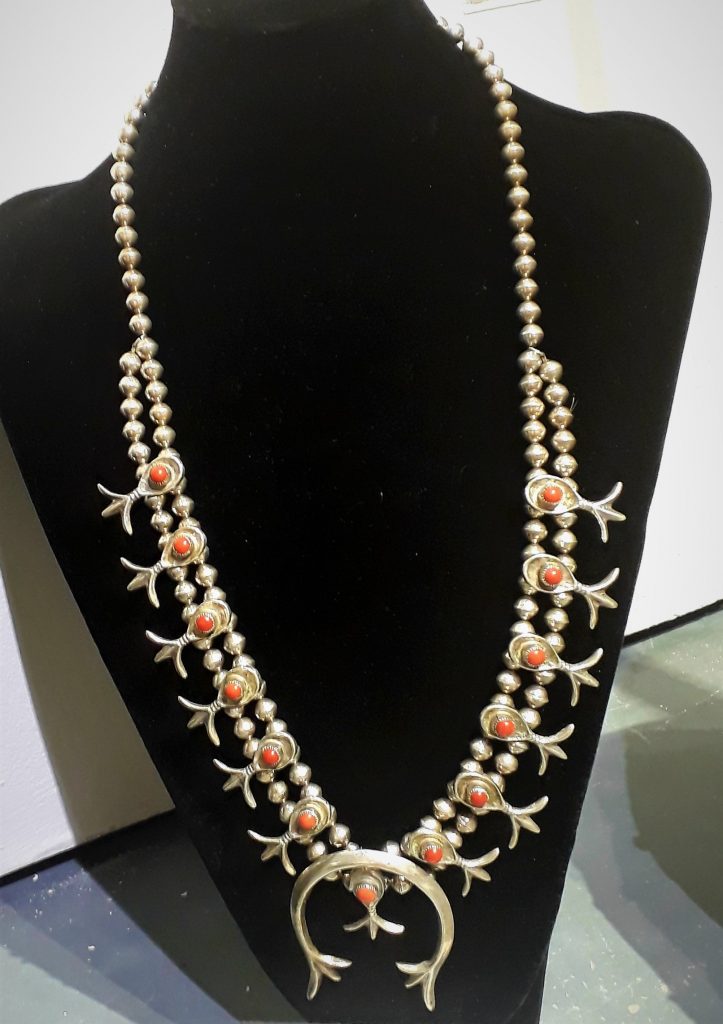 Squash Blossom Necklace, Navajo 1950’s / 60’s at Kenn Mackay (UK). This is a traditional design which has been made since the 1870’s. I liked how I read the pattern as silver fish with coral eyes before I realised that the flowering of the unglamorous Cucurbita was being celebrated. 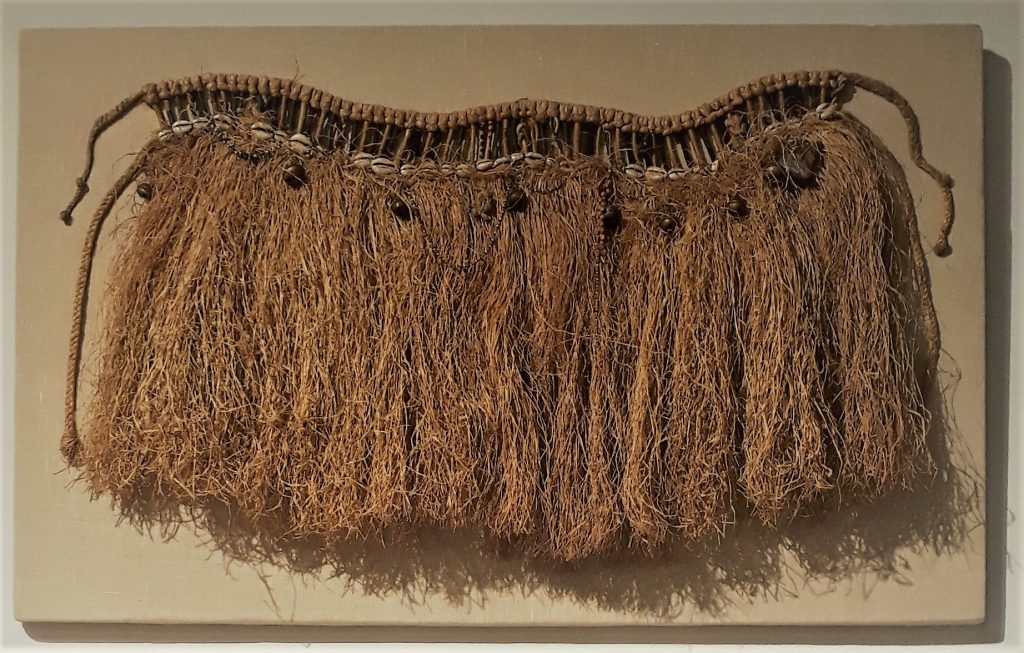 Ceremonial skirt, Cameroons, c. 1900-50 at Bryan Reeves (UK). As mounted, this would-be-ephemeral item operates as an abstract painting with the sound of its own dancing suggested by the row of bells incorporated. There was also a tunic made of porcupine quills, presumably requiring more cautious movement. 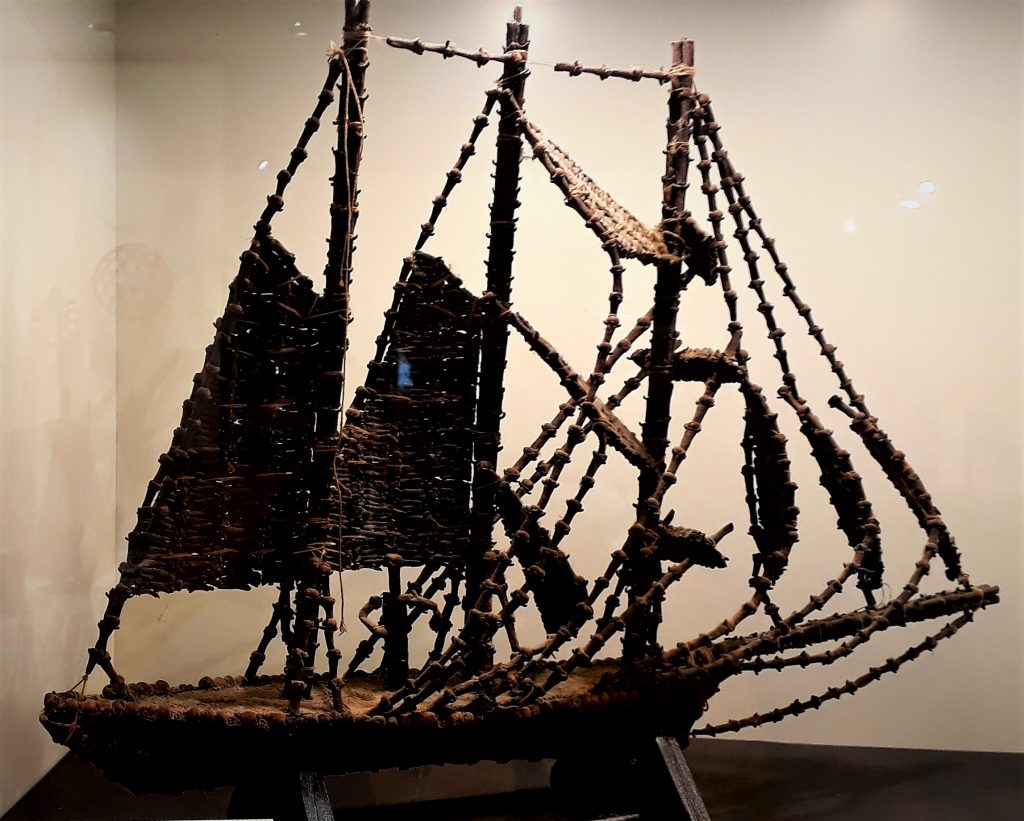 Sailing boat, Mollucan Islands, Indonesia c 1900 at Gallery Lemaire (Netherlands). This fragile vessel was made for the Dutch colonial souvenir trade by the arduous process of piercing and stringing together hundreds of cloves. Even given that cloves were readily available on the so-called ‘spice islands’, it seems a perverse choice of material.