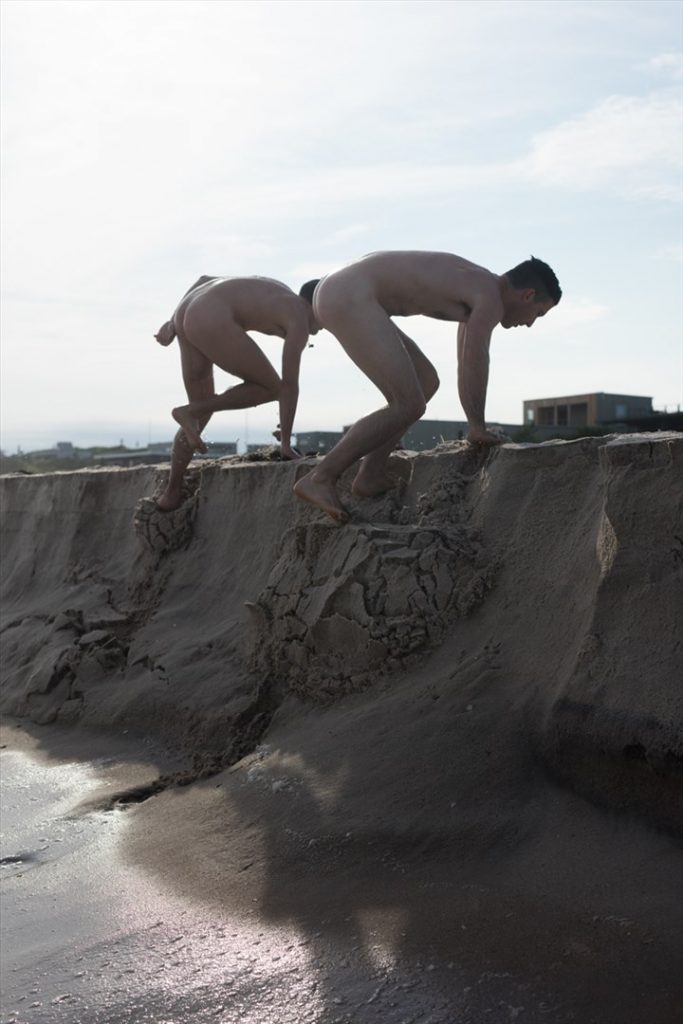 This year’s RA Summer Show features several rooms more obviously ‘curated’ than I recall previously: animals; climate change; abstraction; politics; light and time… But the essence isn’t about to alter: the visual overload of almost 1,600 works of variable quality. One risk artists face is to be ‘skied’ – hung too high to be seen properly. Maybe that factor led me to noticing several interesting works which dealt with upward or downward points of view: three broadly ‘up’ and three ‘down’.

Could be personal and desirous, but knowing Tillmans’ fierce anti-Brexit views the combination of coats and cliff and freedom of movement might have a different aspect… 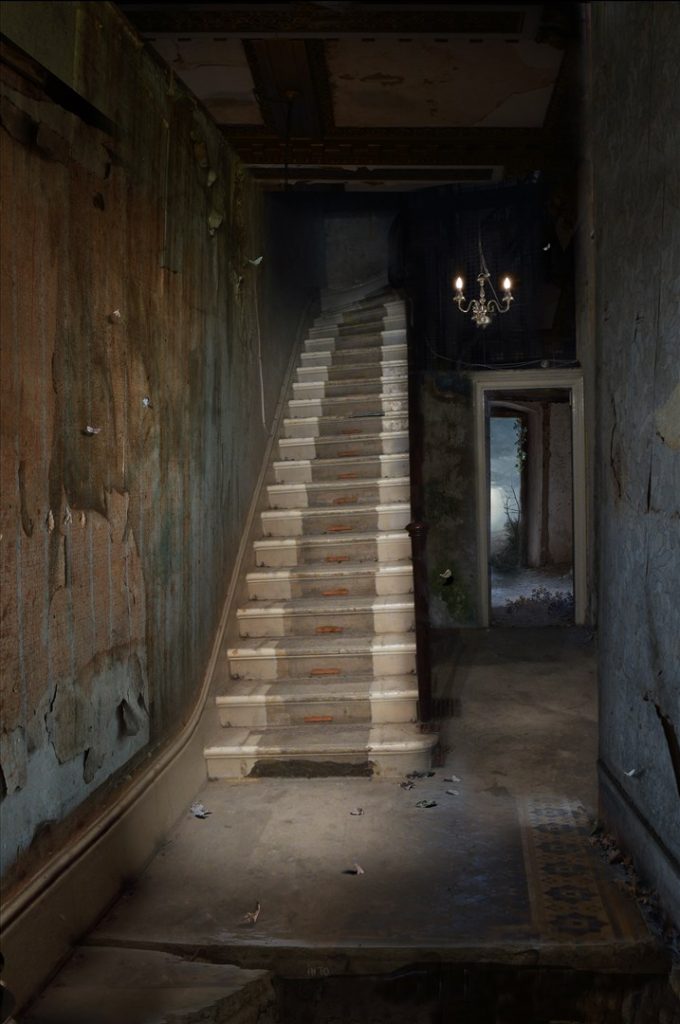 That’s a nice twist at the top of the stairs in one of Moxhay’s atmospheric images of the stage set collages she builds. 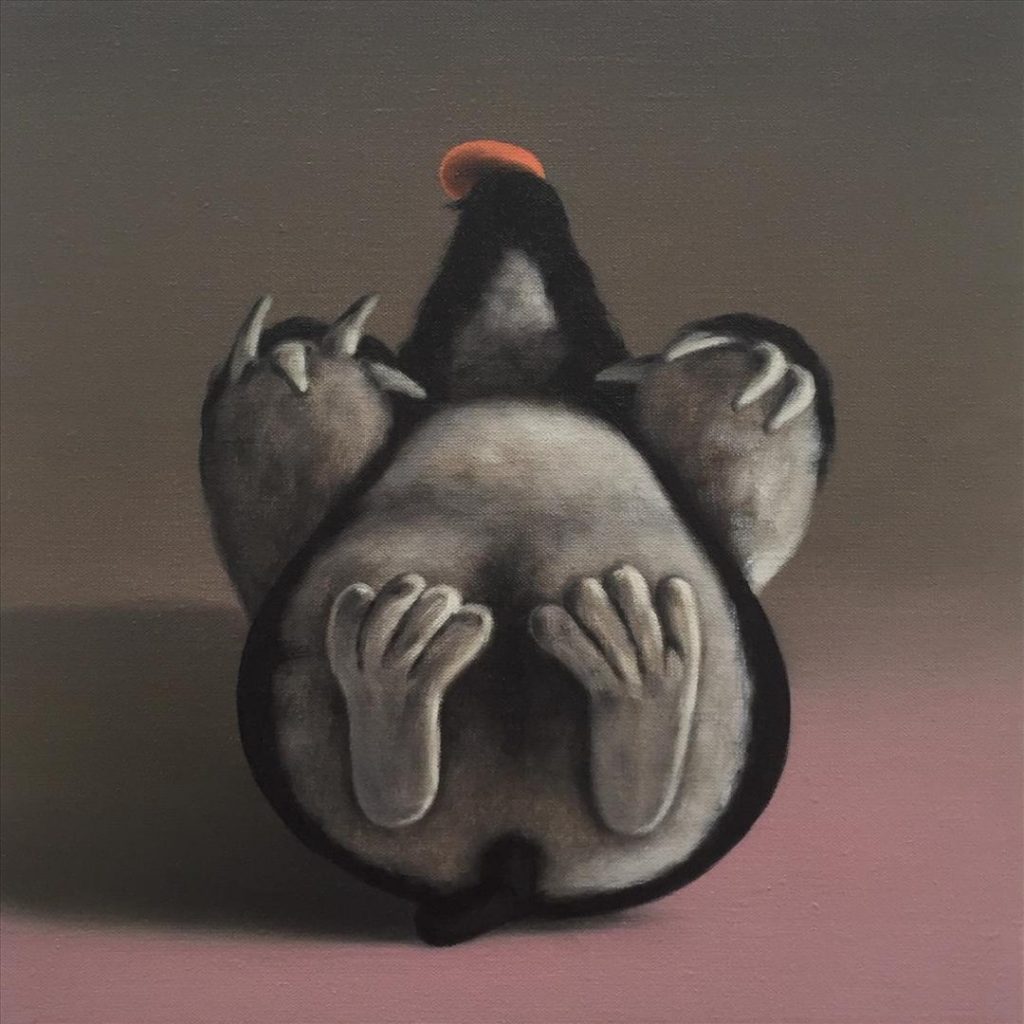 A witty view – looking up at an animal that lives down below, and mourning the death of a cuddly toy. 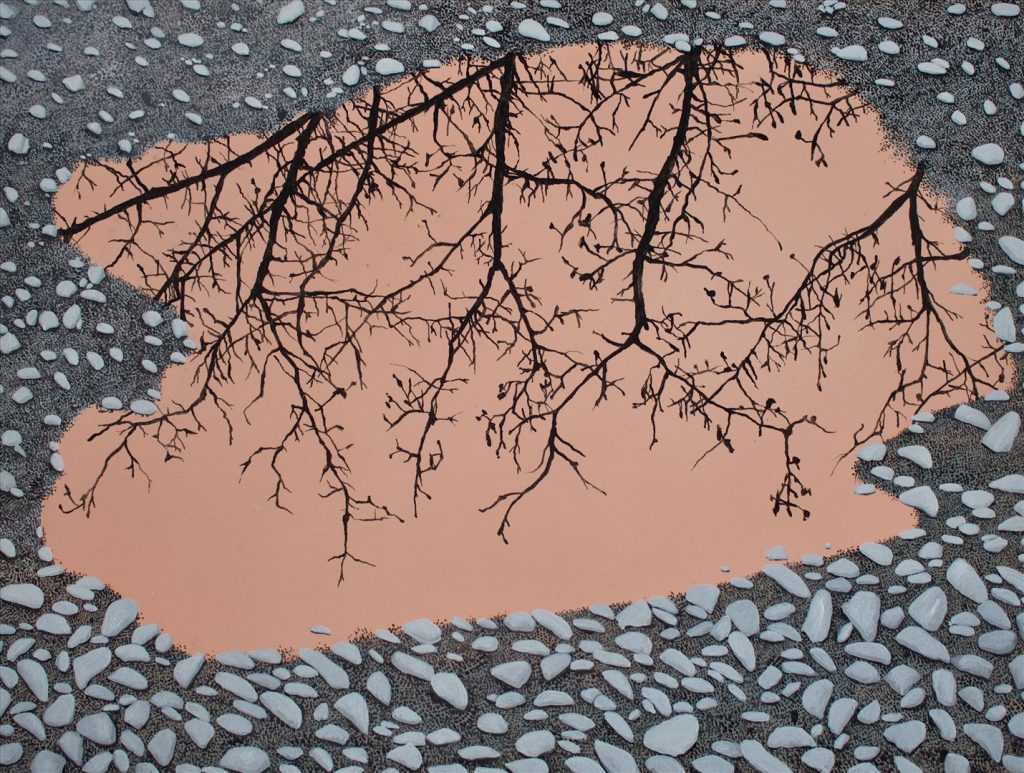 The trick of this small but beautifully rendered oil on panel is that  the reflected branches take on the look of roots. 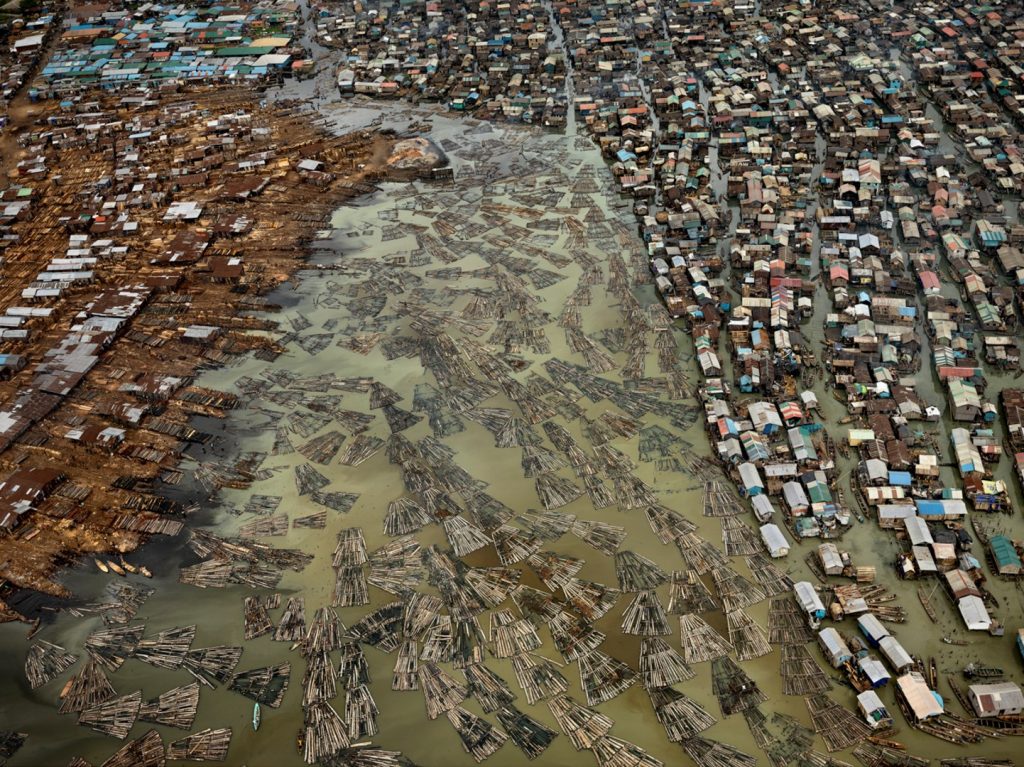 The Canadian is master of the aerial landscape – from helicopter or drone – freighted with environmental issues. 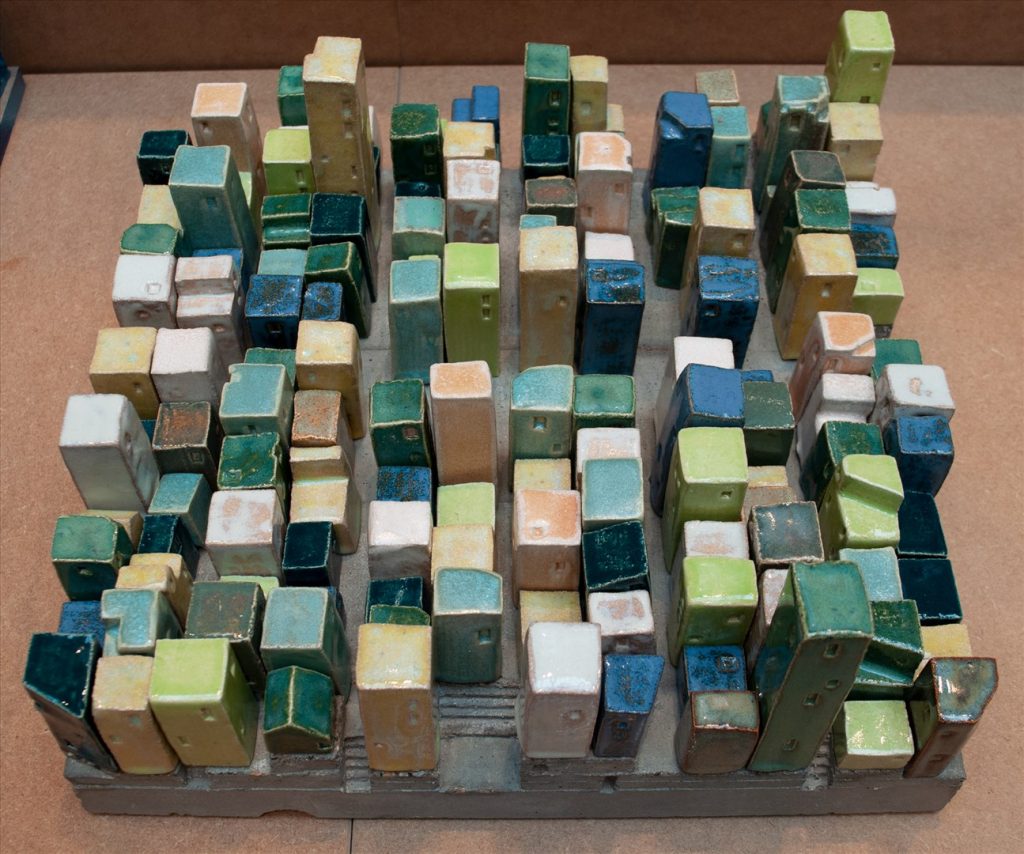 There’s always a room of architectural work. This year sees not only some outstanding presentations of Thomas Heatherwick’s projects but also the chance to look down on this model made, surprisingly but winningly, in ceramic.