Ralph Rugoff’s theme for the 58th Venice Biennale (to 24 November) is ‘May You Live In Interesting Times’. There was plenty of work to confuse on show, and that may well be a consequence of such an age. So I found myself asking…

Roman Stanczak turned a private jet inside out for ‘flight’ in the Polish Pavilion: the cabling was outside and the wings folded in. Ah yes, the problems of an economy going into reverse even as the rich get richer. 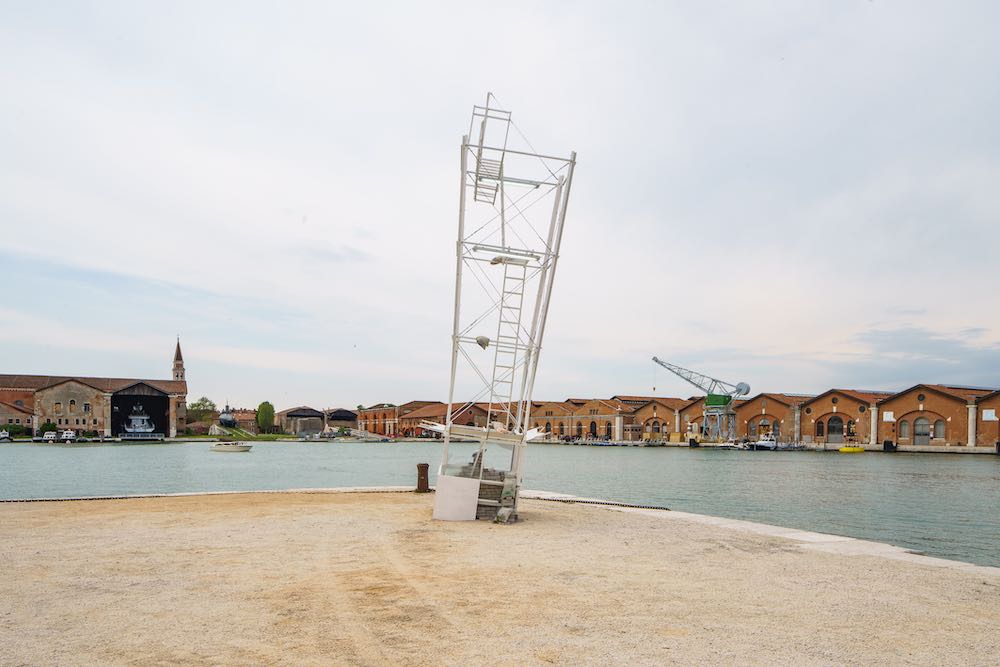 Ludovica Carbotta’s ‘Monowe (The Terminal Outpost)’, 2017 is a watch tower, but upside-down. That stands for a world in which their function is redundant – which sounds positive until you realise that the imagined condition informing her body of work: that she is the last person in the city of Monowe.

Why isn’t it finished? 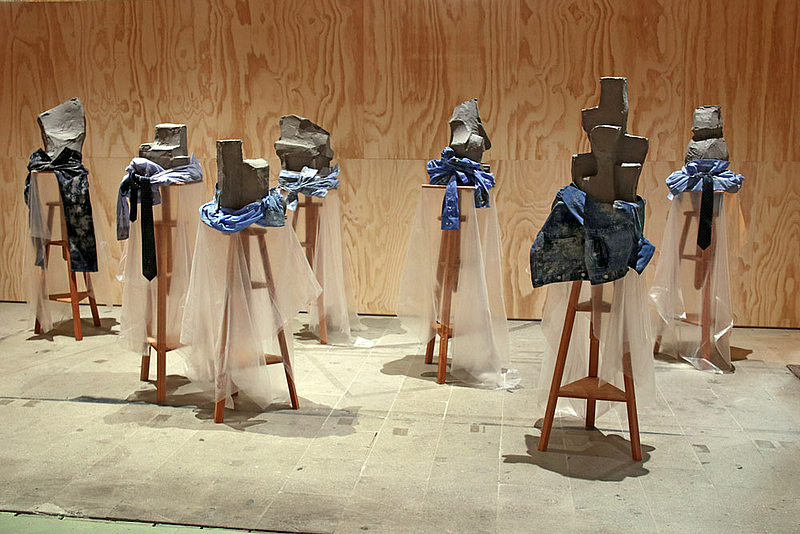 Maria Loboda’s ’Lord of Abandoned Success (L’Argile Humide)’, 2017 is a group of clay lumps which seem ready to be shaped into heads. Are they unfinished? No, they must be completed sculptures posing as unfinished, and wittily half-dressed to boot.

Is that really possible? 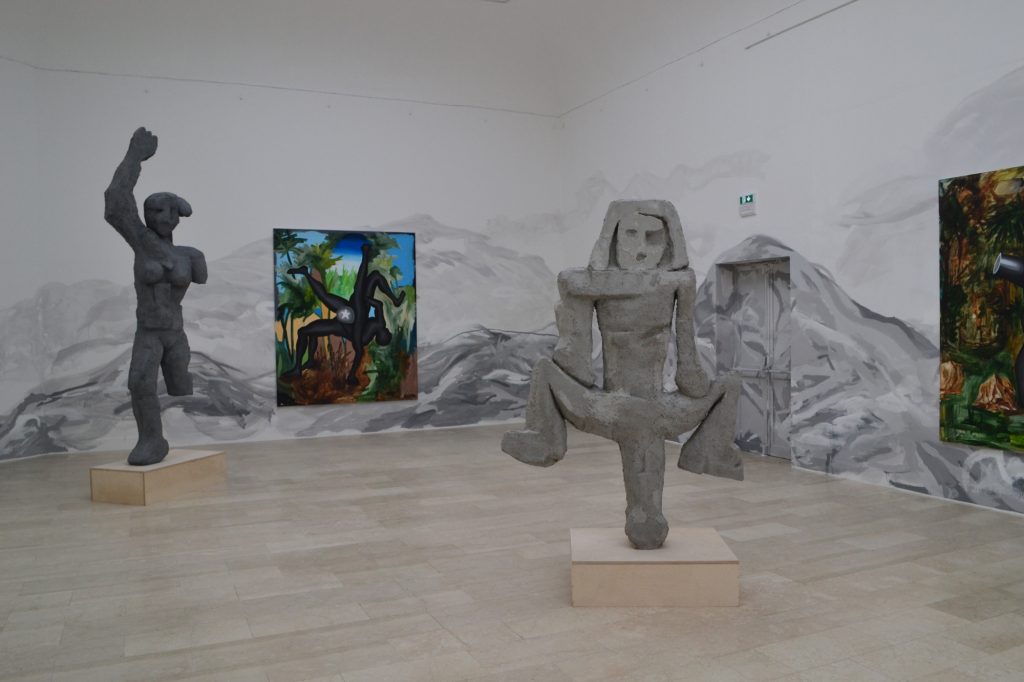 Djordje Ozbolt’s excellent Serbian Pavilion, themed around how memories become unreliable with the passage of time, included a sculpted figure apparently standing on its penis. Quite a distortion of the event recalled, I suspect. In some sort of mirror reflection, by the way, the salacious words to the Brazil Pavilion’s extravaganza of ‘swingueira’ dancing – at least as sub-titled – said at one point ‘Tonight I’m gonna throw my pussy in the air’! 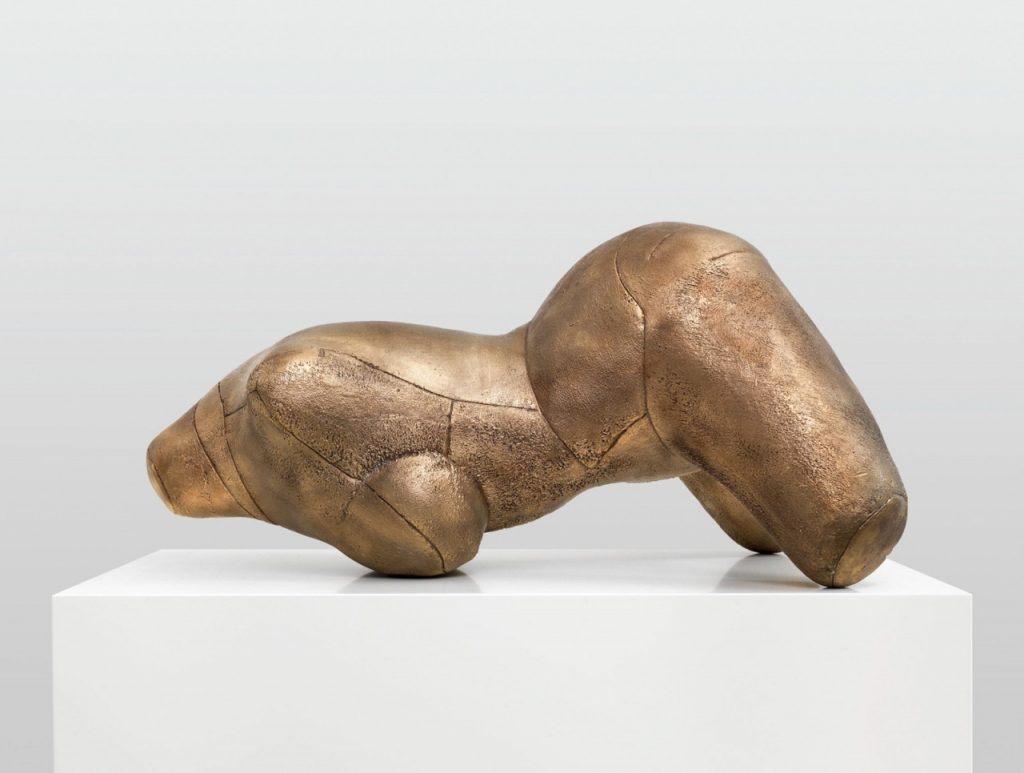 Alexandra Bircken’s ‘Eva’ 2013 is a gleefully oppositional version of a sex doll: being cast in bronze, I think we can take it to be impenetrable. And I can include her twice, because the hacked motorbike ‘Incubo’ 2019 seems to be set up to carry its own engine, rather than a passenger. 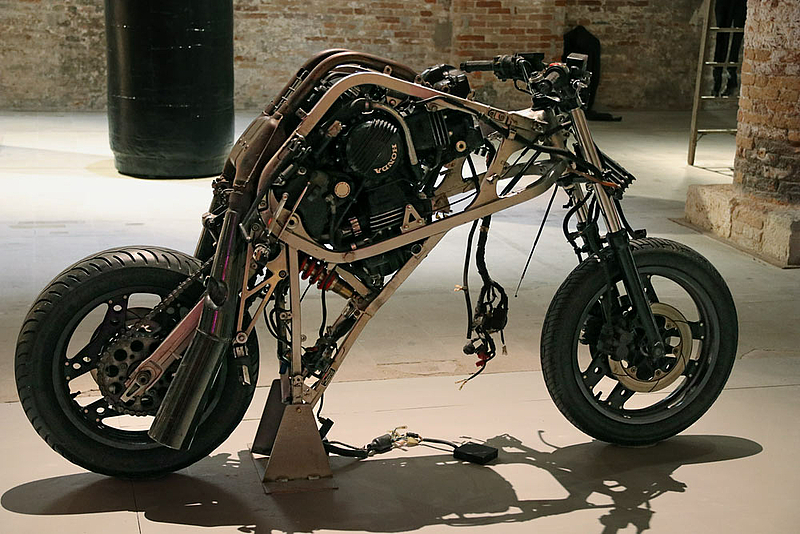