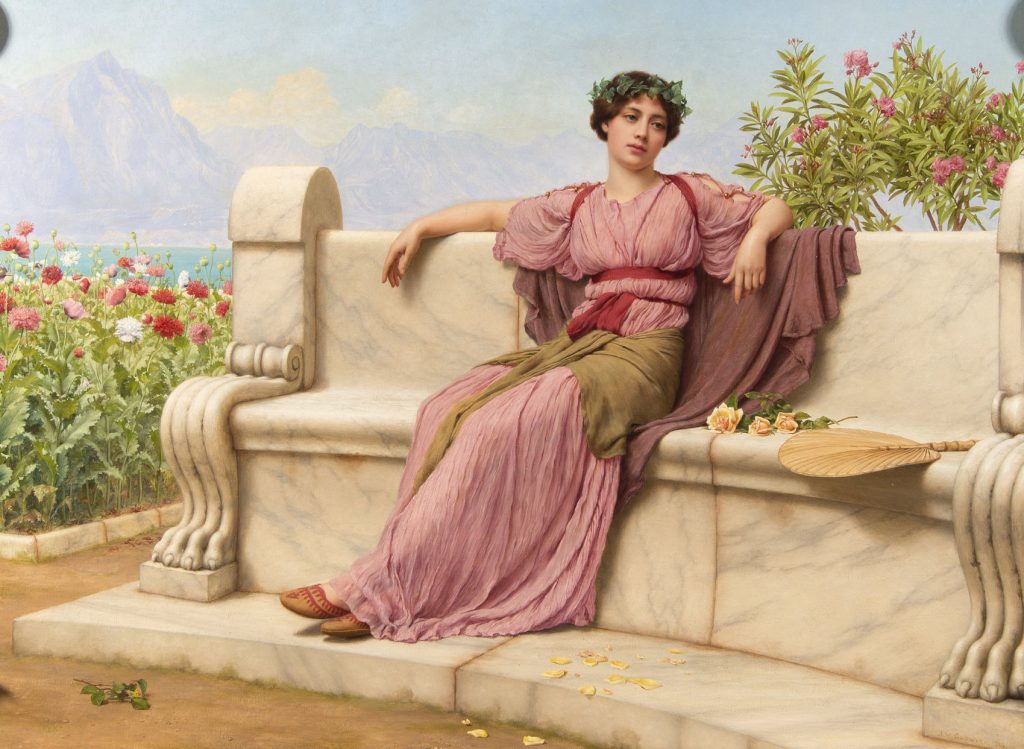 There seem to be plenty of idealised beauties-come-muses, 19th-century style, in London galleries just now – though maybe there are always some around if you look. Either way, here are three artists who may not be great, who can be variously criticised for academicism, clichés or ignoring contemporary social concerns, but who are technically brilliant at doing what they do.

John William Godward: ‘Tranquility’, 1914 at Trinity House. Hardly the date to be so escapist, but in 1912 Godward had alienated his family by moving to Rome when his favourite model Dolcissima, shown here, decided to return to Italy. He saw the war out there, but by its end the fashion had turned away from his technically brilliant, if somewhat empty, brand of beauties in classical dress with marble, flowers and sea. He returned to England in 1919, but commited suicide in 1922. 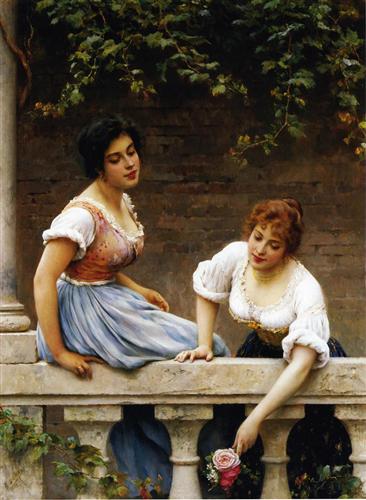 Eugene de Blaas: ‘The Unseen Suitor’ 1898 at the MacConnal-Mason Gallery. Eugene Von Blaas (1843-1932), an Austrian in Venice at a time when the city was part of the Habsburg Empire, changed his name to ‘de Blaas’ to make himself sound less Austrian. The marketing tactic seemed to work, as his paintings sold for high prices and remain popular. Nearly all feature his brunette wife Paola Prina or her blonder sister, both preserved throughout his long career in their most pearlescent youth. Here we get both.

Joaquín Sorolla: ‘Female Nude’ 1902 at the National Gallery. ‘Pearly skin caresses blushing silk’ says the National Gallery – breathlessly but accurately – of this reimagining of the Rokeby Venus in the form of the artist’s wife, Clotilde, looking at her wedding ring rather than in a mirror. That said, the Valencian ‘master of light’ (1863-1923), famous in Spain but subject of a revivalist exhibition from a British perspective,  exhibited the work only as an anonymous nude or as ‘A Gypsy Woman’