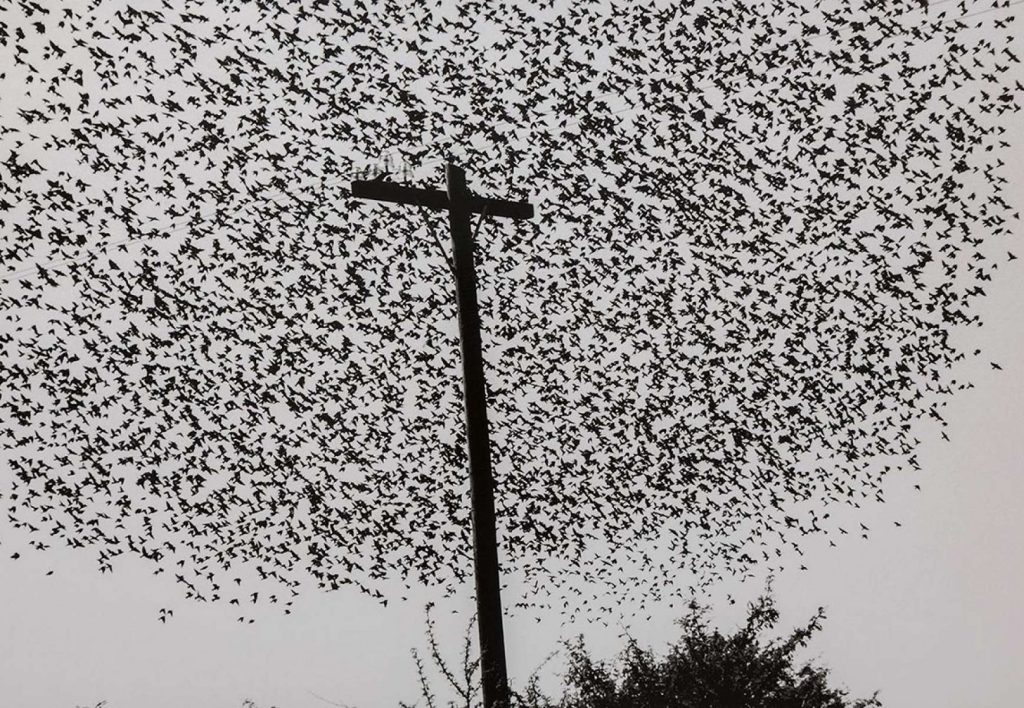 I’ve had the chance to look comprehensively at the work of Graciela Iturbide, through an extensive show of her work in Frankfurt (which itself has a sizable catalogue) and the sumptuous and informative catalogue of an even bigger show in Boston. Iturbide developed in the context of a powerful tradition – Edward Weston, Tina Modotti, Paul Strand, Henri Cartier-Bresson and Manuel Álvarez Bravo – to whom Iturbide acted as assistant – which tended to emphasise Mexico’s ‘exotic’ and ‘fantastic’ qualities. And though she rejects the labels of surrealist or magic realist, she often makes what may be perfectly everyday seem simultaneously otherwise. That’s at its strongest in what is justifiably her most famous single image: Our Lady of the Iguanas. A woman crowned with live iguanas, which she was bringing to market – they are considered a gastronomic delicacy – is promoted to an iguana goddess and enacts a fusion between human and animal which has an element of Medusa but also of humour. Iturbide says she chose the particular image from her contact sheet because the iguanas themselves appeared to be posing for the camera. 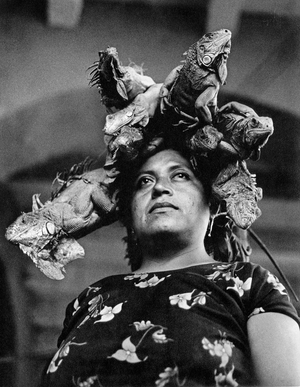 That is something of a one-off, whereas Iturbide has more typically explored particular subjects with many images which help to build up their symbolism. Early on in her career, following the tragic loss of her young daughter, Iturbide obsessively photographed angelitos—a Latin American term for dead children who are, according to custom, dressed up as angels and buried in white coffins. Other themes include birds, often pictured as harbingers of death in line with her originally photographing them at cemeteries; the women of Juchitán, depicted as strong, independent and politicised; the Seri Indians – ‘those who live in the sand’; fiestas and rituals, notably the annual sacrifice of hundreds of goats in the Mixteca Mountains; and Frida Kahlo’s bathroom, to which she was the first to have access when it was opened 50 years after her death. Both exhibitions also pay particular attention to the less expected theme of botanical gardens. As the Frankfurt catalogue puts it, they represent an interrelation of nature and culture through ‘a natural domesticated space that suffers from a profound vulnerability; a garden whose autochthonous species ironically cannot survive if not specifically tended’. Accordingly, Iturbide’s images reflect the caretaking aspect of the garden, often with plants in a state of healing, which she finds ‘very human’. I’ve chosen a fence of órganos – organ pipe cacti – with newspapers wedged between the plants to protect them. They are in convalescence, reversing the healing process through which cacti are used medicinally, and suggesting wider metaphors give that Mexicans also use cacti on a daily basis for food and alcohol,  and one appears on the national flag. 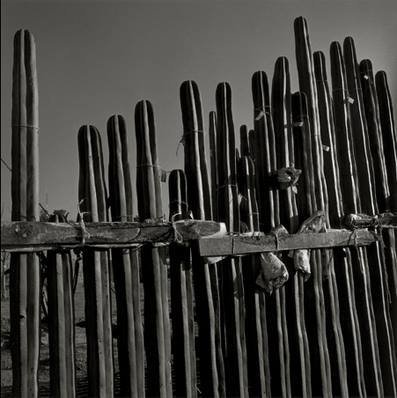 Graciela Iturbide’s Mexico: Museum of Fine Arts, Boston to May 12 with accompanying publication by Kristen Gresh, with an essay by Guillermo Sheridan ($50)