Clare Price: painting, performance and the self - FAD Magazine
Skip to content 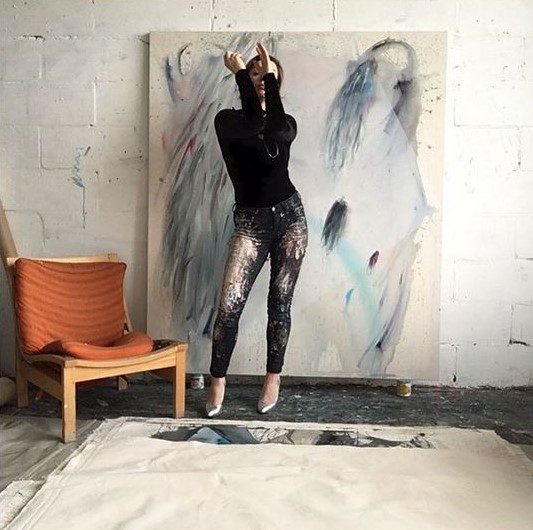 The actions of Clare Price are visible in her series of rapidly-made paintings ‘Fragility spills’. The works are scaled to the artists body, and we can see, in her words, ‘colours smear push soak float leaving fingered edges and thin wet absent middles like pelts’. Price goes further, however, through two sets of photographic projections at the ASC Gallery (to 20 Dec). In the first, taken remotely, she strikes dance-like poses in front of the works, wearing studio clothes which themselves bear the accidental results of her actions. That suggests an autobiographical angle, confirmed by the photographs’ original publication on a private Instagram account alongside hashtags indicating emotional vulnerability: ‘needs’, for example, ‘fragile’ and ‘refuge’. 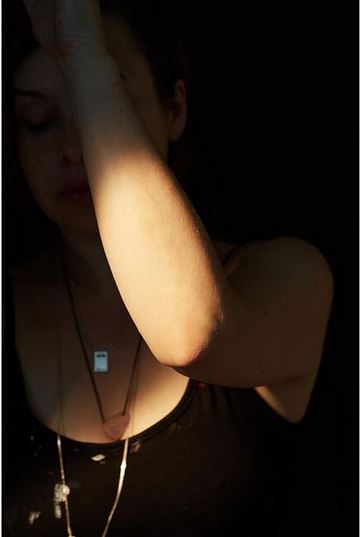 The second set of photographs is a collaboration with Benjamin Whitley: he’s two decades younger than Price, enabling differences in generation and gender to generate an alternate and intimate gaze. Price sees the photographic additions as ‘un-containing’ the self from the constraints of the stretcher, so enabling a ‘spilling forth of affect’ from the paintings. As Stephanie Moran puts it in an attractive accompanying booklet*, Price’s practice proposes that ‘painting has a structure that contains experience’. That suggests, says Cairo Clarke in the booklet’s other text, that Price’s combination of paintings and photographs forms ‘a dance between containment and release’ which emphasises ‘the importance of being an active, conscious body’ when making art. The overall result is a novel presentation – and potential remaking – of the self through the action of painting. That resonates with the growing belief that differences between the sexes, between man and nature, between human and technological, are less fixed than used to be assumed. 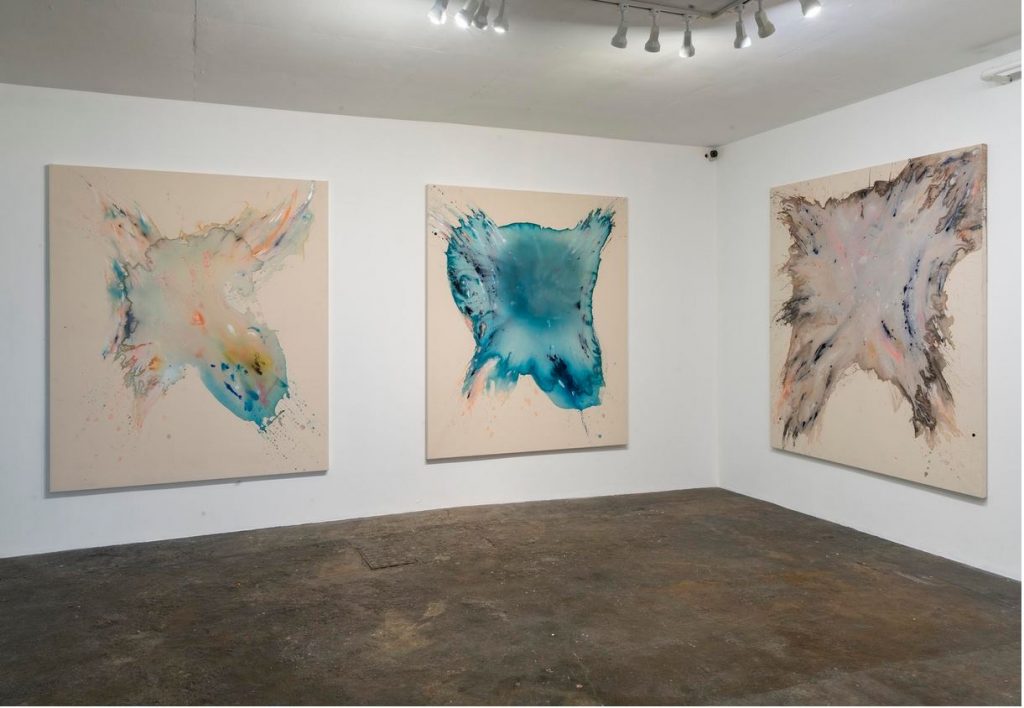