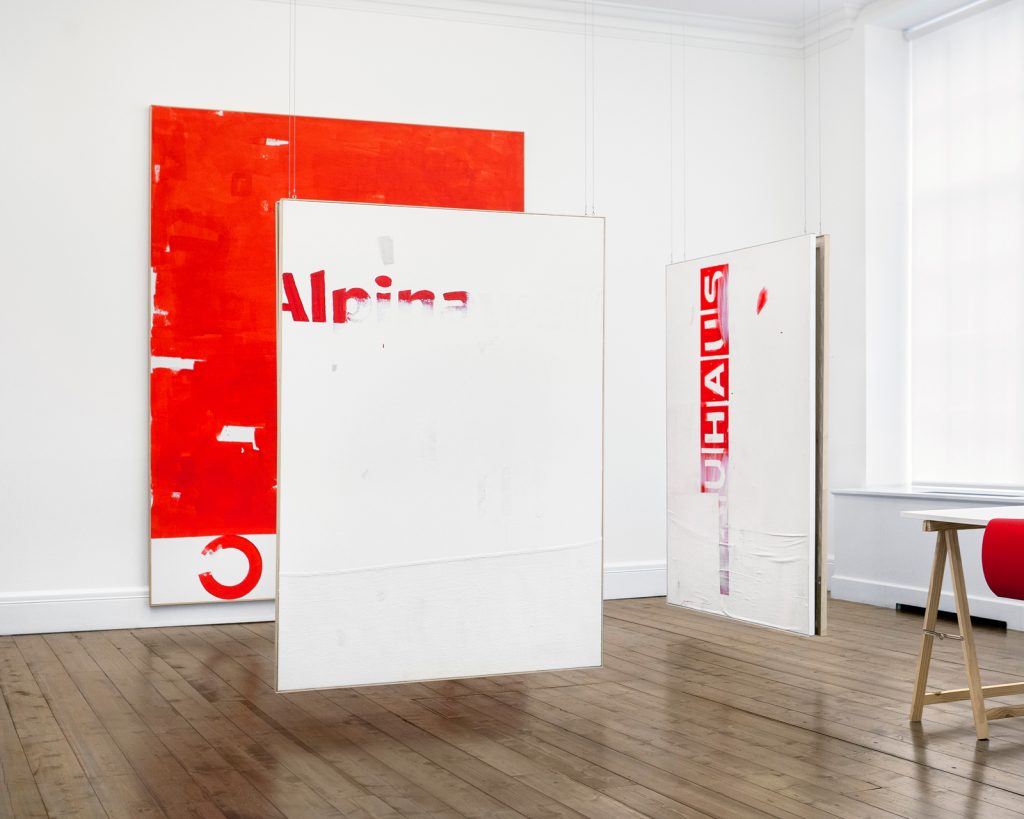 By way of an interesting reversal of the usual hierarchy, David Ostrowski’s ‘The Thin Red Line’ (to Jan 19) delivers more ‘the show of the book’ than ‘the book of the show’. The German painter is known for canvases which foreground his apparent nonchalance, with just the occasional sprayed gesture on near-empty grounds suggesting a lazy graffitist. The casual approach extends to the hang at Sprüth Magers, with some paintings obscured by others. Ostrowski adopts a restricted palette, and here the focus is on red – so much so that an accompanying book with five essays on the colour is an integral part of the show. The writers consider red from various angles. Can it drive you crazy? The mantis shrimp, says Tenzing Barshee, ‘is believed to have the eyes with the widest range of colour reception in the animal kingdom. To me it doesn’t come as a surprise that this animal is extremely aggressive. It speeds towards its prey and punches it so fast that the impact creates underwater light and sound’. Colour psychologist Vanessa Buchner reports that red has the most prominent associative effect: it makes a pleasant person seem more so, but also a disagreeable person even more unappealing. ‘Wearing a red shirt to your next first date’, she judges, assuming her readers are nice, ‘would not be a terrible idea’.  It also seems that people playing with red poker chips bet more than those using blue or white chips, perhaps because they seem like the chips of winners; and the Chinese don’t allow red at funerals since it’s the colour of happiness. All of which and plenty more gives substance to a show in which there is artfully little to look at… 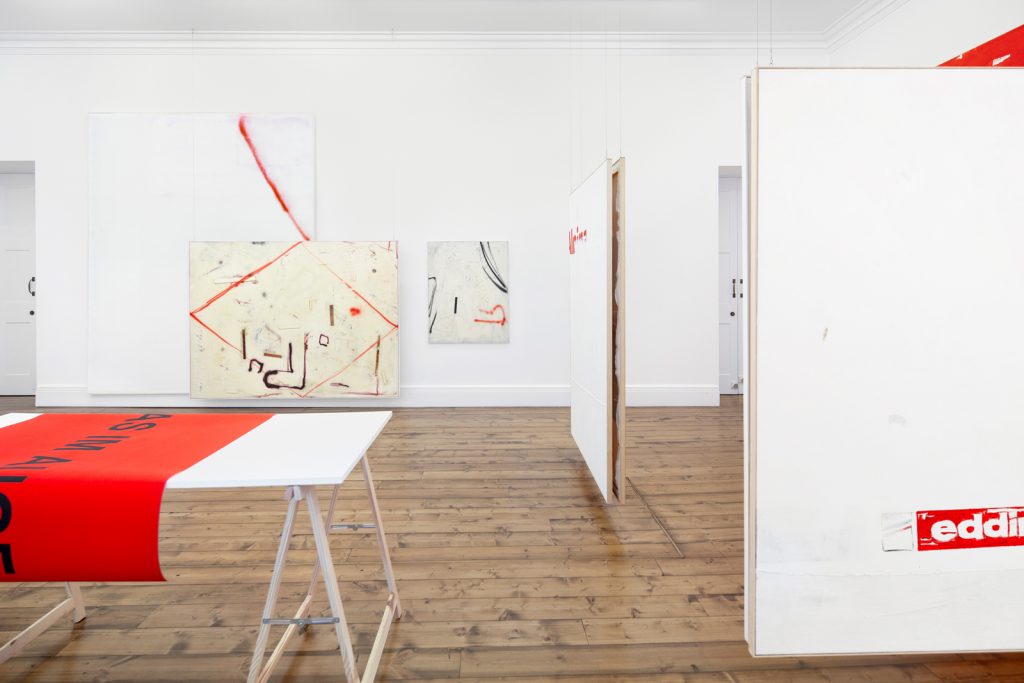