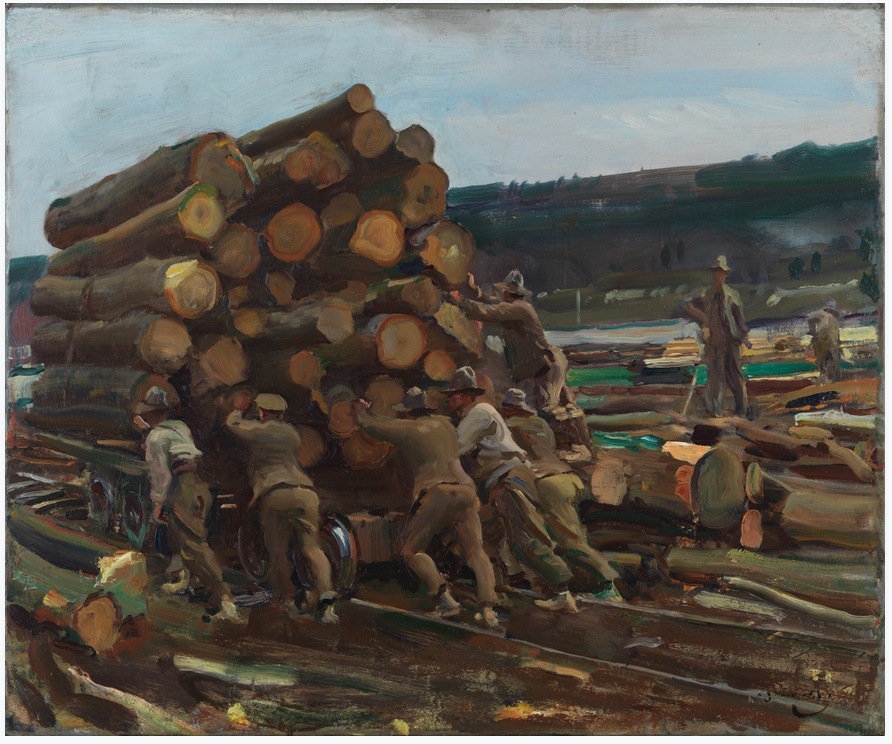 Here is an unexpected exhibition in an unexpected location: the impressively refurbished National Army Museum, which reopened last year, is showing some 50 Alfred Munnings paintings*. They were commissioned by Lord Beaverbrook in 1918 as a means of recording the Canadian contribution to the First World War, and have emerged from storage at the Canadian War Museum in Ottawa in pristine condition for a first viewing since 1919!  Munnings’ reputation is as a brilliant – if rather old-fashioned – painter of horses; and a stick in the mud president of the Royal Academy, famous for railing drunkenly against modernism. His work remains popular and fetches good prices, but isn’t really part of the mainstream story of art. The work here is varied, though horses are central, this being the last war for which they were a significant presence: the British Army alone deployed over a million, though they proved less suited to the new trench warfare than to subsidiary operations, such as reconnaissance, transport and the logging for the war effort – led by Canadian lumberjacks and extensively recorded by Munnings. Most of the paintings are relatively bucolic at first glance, and certainly there is no death to be seen. Yet we are kept aware of the martial backdrop, and I was reminded of how Edward Thomas’s great poem ‘As the Team’s Head Brass’ sets the timelessness of ploughing against the trauma of conflict. I was also entertained to find that Munnings actually stated that a cow ‘though not perhaps so beautiful or romantic an animal as a horse, is a better subject for the artist’ – and went so far as to buy one to act as his model. All of which makes for an interesting show – though not one likely to change Munnings’ critical standing. 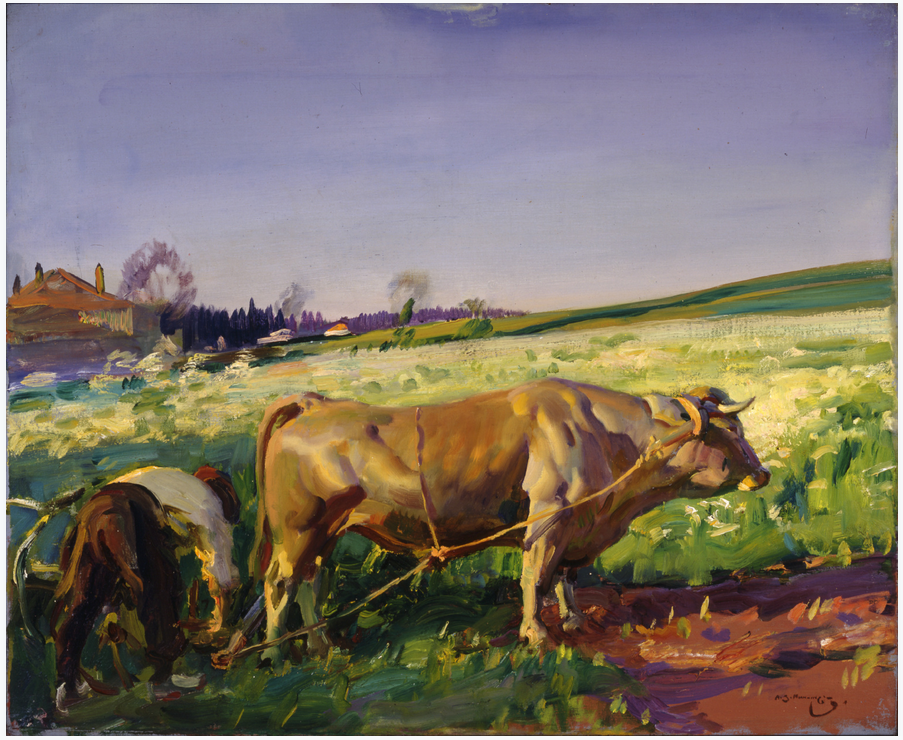 Alfred Munnings: ‘A June Evening in the Jura’, 1918. (Beaverbrook Collection of War Art)