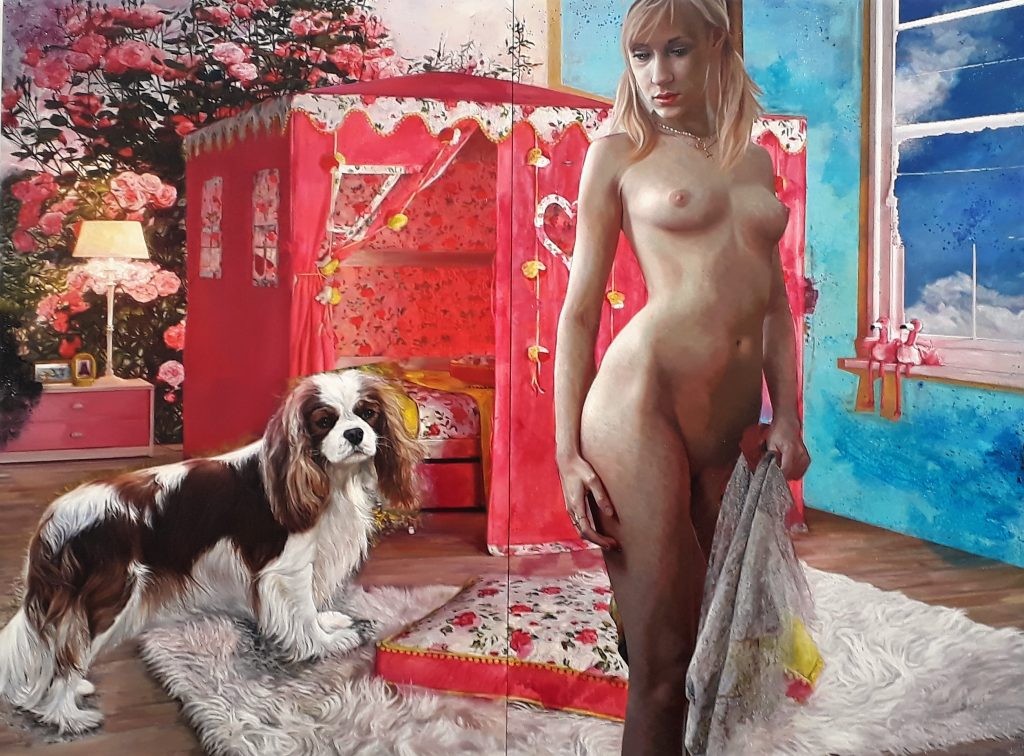 ‘Parasites’ is the tenth exhibition at Damien Hirst’s Newport Street Gallery, which opened in 2015. The German painter Martin Eder, shows 53 works – many of them huge and all, his staff assured me, owned by Hirst. As before, excellent presentation makes the most of the material, but the content won’t be to everyone’s taste. Eder sees himself as an artist of our dystopia for whom ‘beauty is toxic’. His world is one of excess in Koons mode, with plenty of naked bodies, puppies and kittens, all executed with the bravura and moral intent of 19th century history painting. In Eder’s words ‘I set out to choose the stupidest subjects… Things that everybody knows’ so that ‘you can really get started with the scenery, the dramaturgy’: the result, he says correctly, is ‘iconography right on the border of car bonnet painting and the Renaissance’. The Guardian’s Jonathan Jones believes it shows Hirst is ‘unable to tell the difference between dangerous art and masturbation’, but I’m surprised he sees much scope for sexual arousal, it is so overwhelmingly concerned with colour relationships and painterly effects. Is that enough to offset the danger that the crass / juvenile / kitsch images will reinforce rather than undermine the critique of consumer society as infantile and perverse? I’m not sure, but for example the shaggy transitions of dog to rug and pink phasing of roses to tent to cushion to stuffed flamingos draw the eye winningly in ‘Possession’ 2011/18, and I’m glad Damien has given us the chance to ponder Eder’s merits. 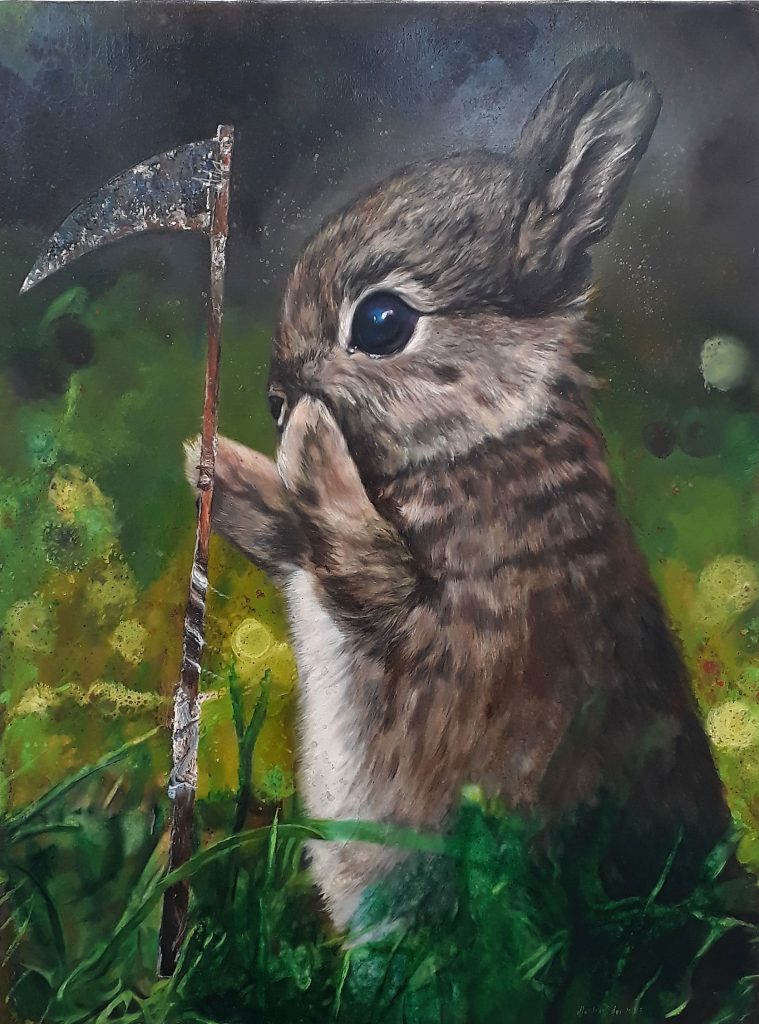 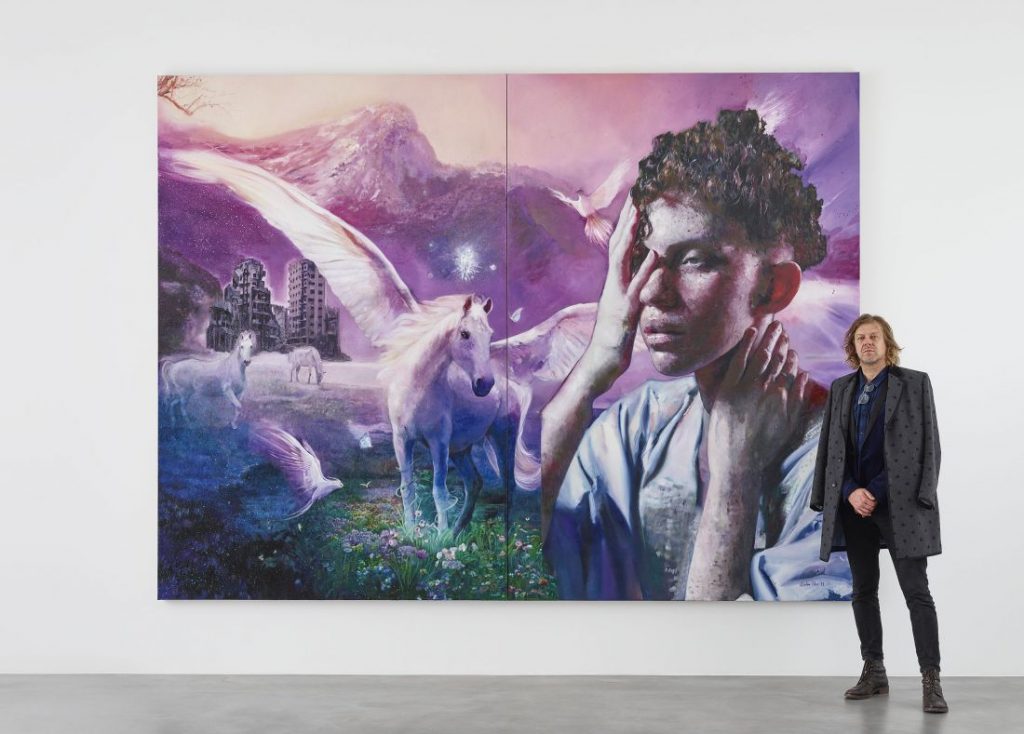