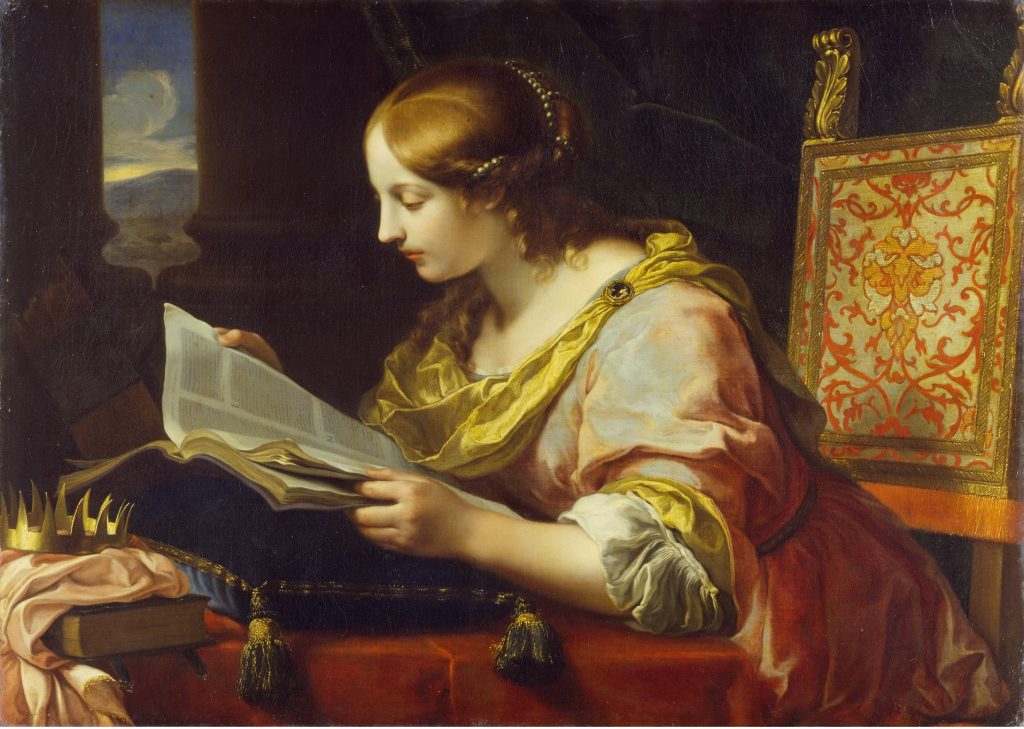 Despite its fame, the Wallace Collection somewhat underappreciated, I reckon. It’s famous for masterpieces by such as Titian, van Dyck, Rembrandt, Canaletto, Poussin, Hals and Delacroix – which have to be seen at Hertford House as it was a condition of bequeathal on 1900 that they are never loaned. But there are plenty of interesting yet less remarked works. Onorio Marinari (1627 –1715) is a little-known Italian, but his account of St Catherine of Alexandria reading from c. 1670 has some of the tenderness and atmosphere of Vermeer’s famous Girl Reading a Letter at an Open Window, painted just a few years earlier. 13 of the 775 paintings in the collection are by Jan Weenix  (1642–1719), making for one of the largest holdings of the Dutch specialist in still life featuring dead game and instruments of the chase. They’re typically big, elaborate and somewhat mournful to current eyes, even if they originally celebrated the status of those who allowed to hunt big game birds. ‘Dead Goose and Peacock’, 1718, has the additional doomy aspect of being the last picture Weenix painted. The implausible organisation made convincing, the tempted springer spaniel and the landscape background with classical statuary are all typical, and it’s possible to admire the abstract qualities beyond the unfashionable subject. Currently there’s also a special exhibition which highlights 20 selected items in focused museum manner as a contrast to the usual integrated display. And the Wallace Collection – unlike, say, Kenwood House and the Dulwich Picture Gallery, is free – so it’s well worth dropping in on Hertford House… 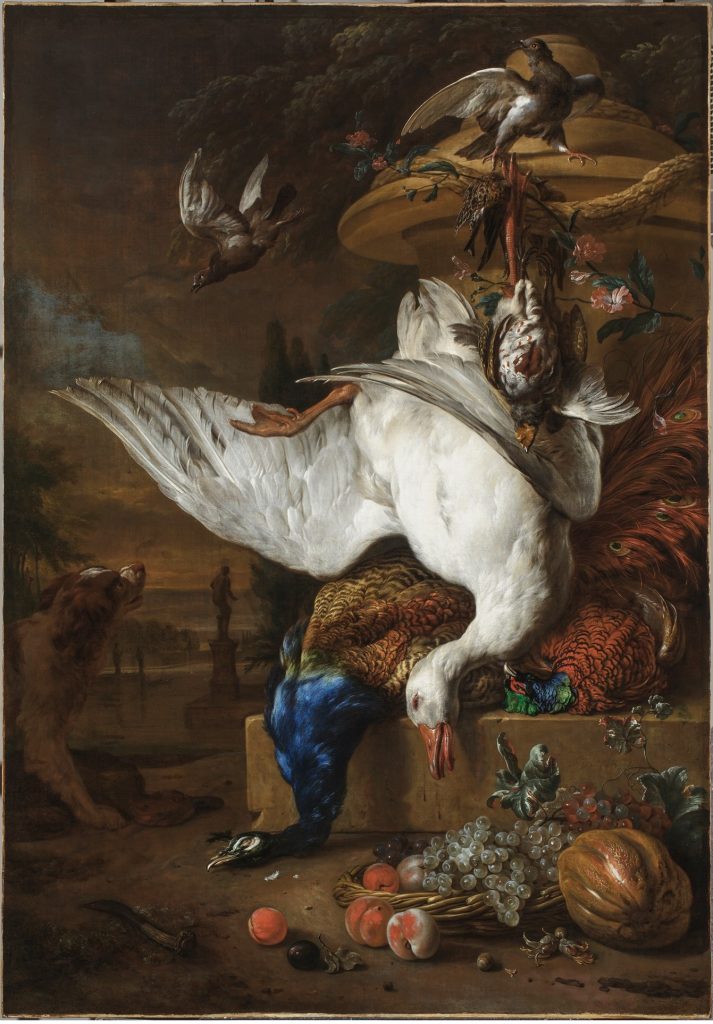