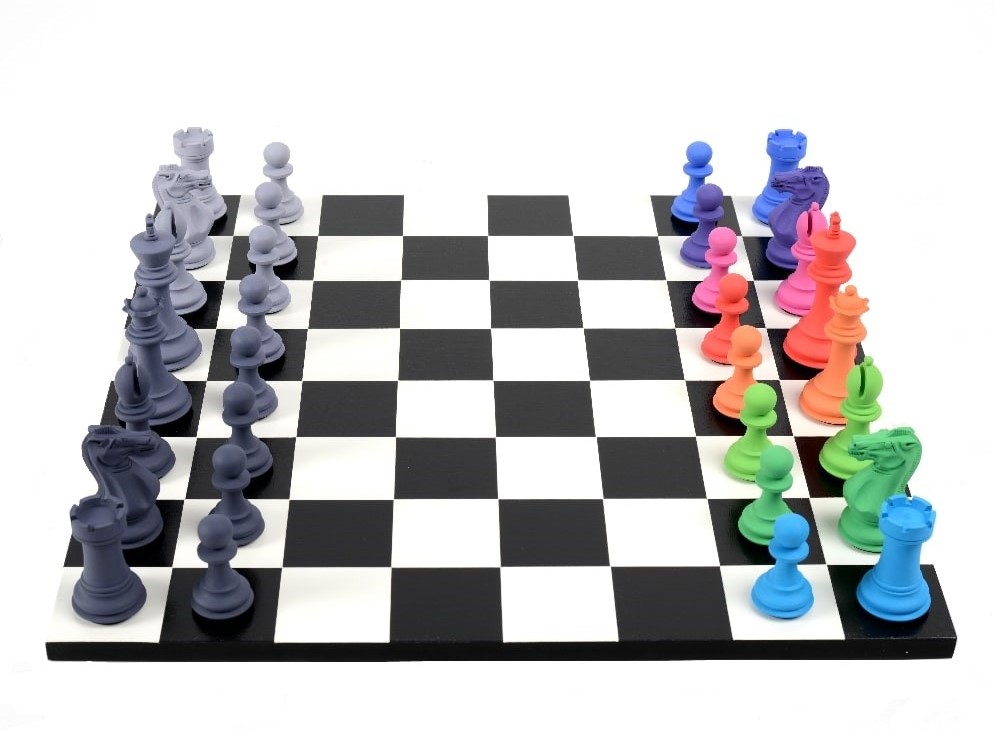 Art and chess have often been linked, most famously via Marcel Duchamp, who was addicted to the game to the extent that not only did he switch his focus from Athena to Caïssa, but it contributed to the failure of his marriage in 1927. According to Man Ray, Duchamp spent so much of the honeymoon studying chess problems that his bride got up when he was asleep and glued the chess pieces to the board. They divorced after three months. Duchamp designed and carved a chess set of his own, and Purling London’s is the latest of several projects over the years which have asked artists to design sets. Much the most interesting is by Tom Hackney, who has since 2009 played on Duchamp’s refusal of art in favour of chess making an ongoing series of apparently abstract paintings which actually represent the moves from games played by him. Duchamp famously saw his readymades as an antidote to purely ‘retinal art’, emphasising the thinking behind what is seen.

As Hackney explains, both art and chess can be considered in terms of their retinal and non-retinal characteristics, as the physical placement of the pieces represents the thought-space shared between opponents. ‘The set I have designed’, says Hackney, ‘aims to accentuate this retinal aspect of chess, with the pieces defined by the two primary types of photo-receptor cells found in the eye – cones and rods. As the game progresses the pieces are scattered into disordered configurations and combinations, before being reset into spectral sequence and tonal rank’. The result is the most interestingly coloured pieces since Yoko Ono’s ‘White Chess Set’,1966. 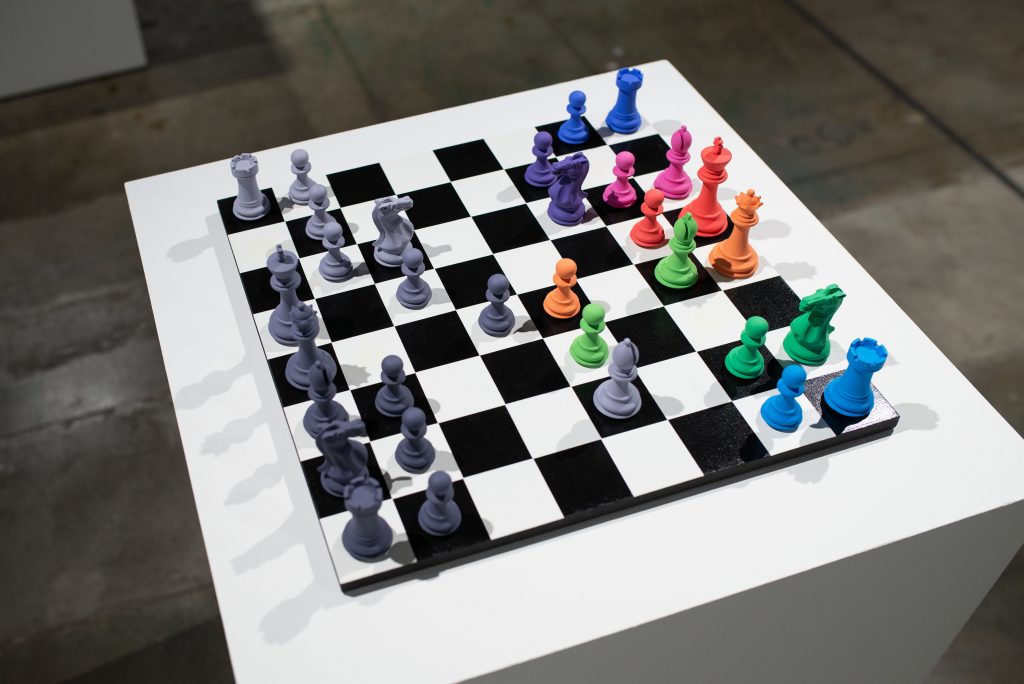 The set in action: the position is from a game between Turner and Duchamp, played in New York, c1948 – photo by Austin Fuller, World Chess Hall of Fame 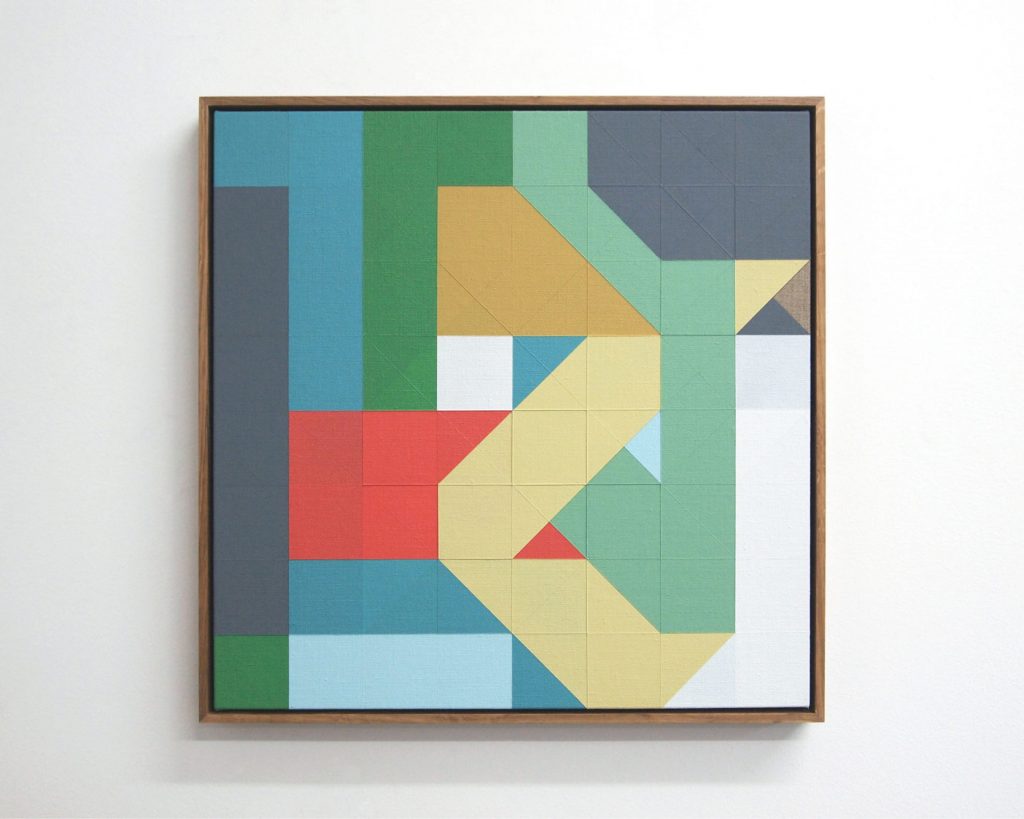