It’s not easy to get a grip on the boggling scale of the British Museum: it has around 8,000,000 items. There’s room to show only some 8,000 at any given time, i.e. 0.1% – but half of them are included in the surprisingly extensive online catalogue. Take masks: a catalogue search on the term yields 9,631 items. 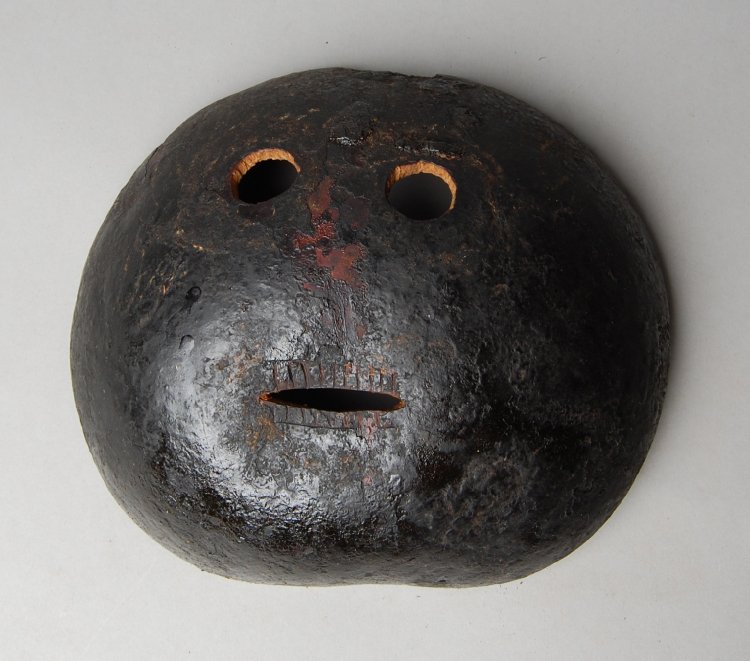 One which appeals to me achieves character in the simplest possible way, by exploiting a coconut shell. It is a late 19th century example from the Idahan Murat – that is, Indonesian hill people, blackened by fire with eyes and mouth cut through.  That made me wonder if, narrowing matters down considerably, there were more of these. Indeed there are, although  few of the 1,590 objects which depict or use coconut materials are masks… 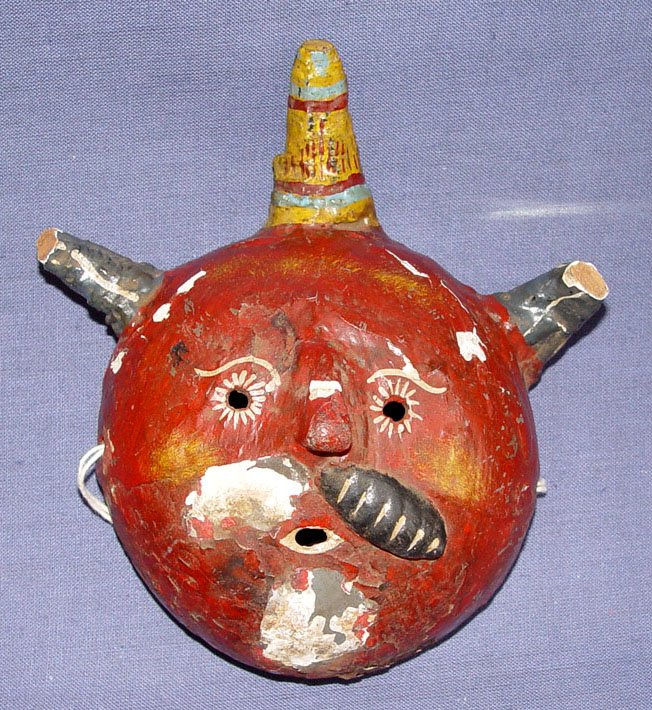 This three-horned 1980’s mask from the Mexican state of Guanajuato was made for use on the Day of the Dead (now Nov 2 but differently timed during 3,000 years of pre-Colombian observance). 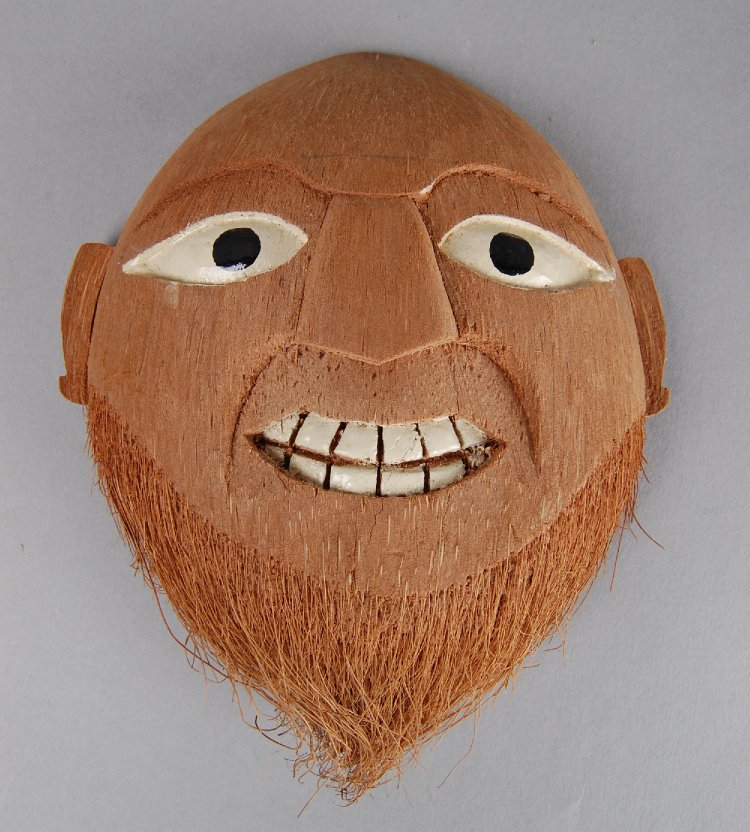 The jauntiest drupe is this recent mask from Dhaka, the capital of Bangladesh, which wittily retains some shaggy mesocarp as a beard. 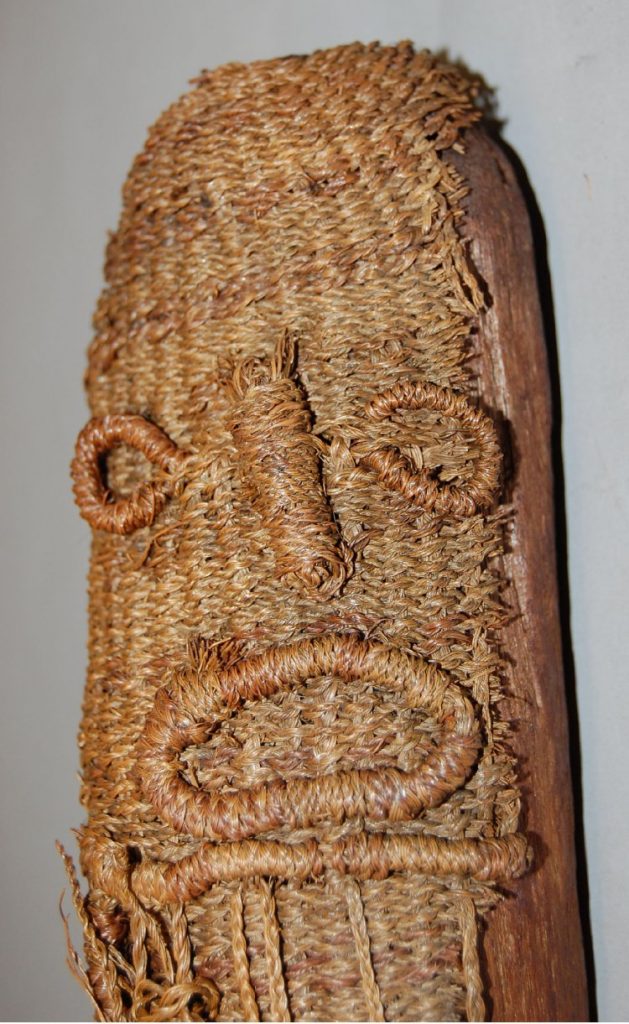 Even hairier, though not strictly a mask, is this fabric face made with knotted  coconut fibre over a wooden core. It’s a god image made for ritual purposes by Society Islanders in French Polynesia.

This ritual representation of a god from the Polynesian Society Islands, made from a fabric of knotted coconut fibre over a wooden core, comes closest among the non-masks: