Book lovers/frequent travellers across the world can rejoice! For the millions of people who love to read on the train or in a car, yet inevitably suffer from motion sickness after a few minutes, Citroën has given you the answer. Known primarily as a car manufacturer, the French company’s new glasses are called the Seetroën, and reportedly solve the problem which arises when your brain gets confused due to the feeling of movement but without actually seeing it – hence why so many people who look at smartphones and books experience nausea, headaches, and dizziness when traveling. 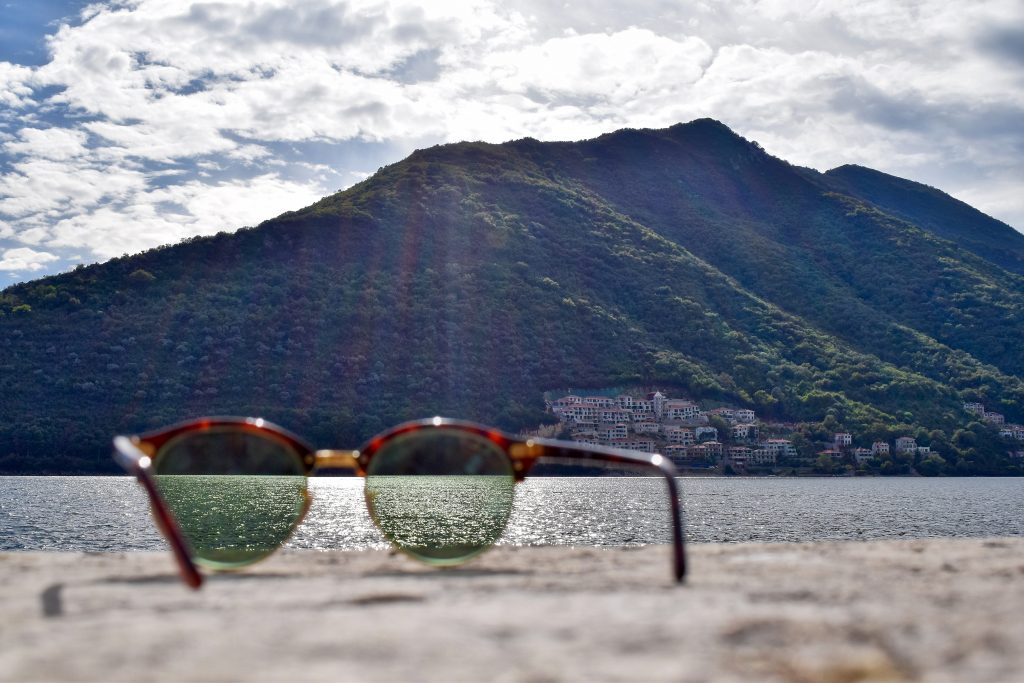 The Seetroën glasses might not look great (they look downright awful, in all honesty), but Citroën believes that the glasses can eliminate motion sickness in around 10 minutes. With ‘Boarding Ring’ technology, the glasses have four lenses filled with blue liquid which can supposedly simulate the movements of the horizon, so that your brain is tricked into thinking that your body is moving as it should be, and that there’s no cause for alarm.

Costing around $100, we think that’s still a little bit expensive for a pair of glasses which won’t get used that often (unless you’re reading in the car every day, in which case, maybe get an audiobook?) and will no doubt have other passengers on the train giggling and taking photos. But hey, if you’ve got a spare hundred lying around, then give them a try and see if they actually cure motion sickness for good.

Could we see these Seetroën glasses being remodeled with Gucci frames and join these styles online some time in the future? That’s a big maybe, but if the motion sickness glasses take off, then who knows? 3D glasses are being remade, so perhaps glasses with four lenses will become a new trend and Citröen will have the last laugh.

Snapchat Spectacles inexplicably getting a makeover

In more wacky glasses news, remember those Snapchat Spectacles that were all the rage a while back? The sunglasses that were initially sold in vending machines and let you film and upload videos to your Snapchat account from your own POV? Well, most of the world had already forgotten, and considering that Snap (the company behind the Snapchat app) reported a $40 million loss on unsold Spectacles – equating to around 300,000 pairs of glasses – you would be forgiven if you thought that these insane sunglasses/wearable video camera would ever see the light of day ever again. Unfortunately, they did.

Spectacles 2.0 are now purchasable, and despite the alleged upgrades of a thinner, lighter frame, the ability to take and upload photos in addition to video (up to 30 seconds), faster connectivity, a water-proof design and a charging case, we all know deep down that this is like the Malibu Stacy episode of The Simpsons, whereby the design team “completely” remakes an unpopular doll by outfitting it with a new hat.

Whilst we won’t know how many 2.0 Spectacles have been sold until some time, it was reported by Snap CEO Evan Spiegel, that around 220,000 of the first version sunglasses were sold. Considering the hype train that brought along the Spectacles, that’s seriously not a lot of units sold. The idea, then, that Snap has decided to give Spectacles another go and raise the price from $130 to $150, is one that requires a heavy amount of deliberation.

Yes, I know what you’re thinking: “Who cares about the price and the connection issues if these Spectacles look cool?” Well, you’re out of luck there, too. No cooler than any round frame pair you’d find at a gas station and about as unobtrusive as wearing a blaring siren on your head, the Snapchat Spectacles look silly, are totally pointless, and will fail just like the last version. Can we just go back to wearing Ray-Bans, please?