In honour of the 57th anniversary of the March on Washington, Snapchat has teamed up with six Black artists to develop a series of “Raise Your Voice” augmented reality face lenses including masks, plus  US Capitol Landmarker and Bitmoji apparel designs. The project was developed to redefine masks as a canvas for protest and self-expression in support of the ongoing fight for racial justice. All of the lenses will go live today Friday, August 28th, the day of the March. 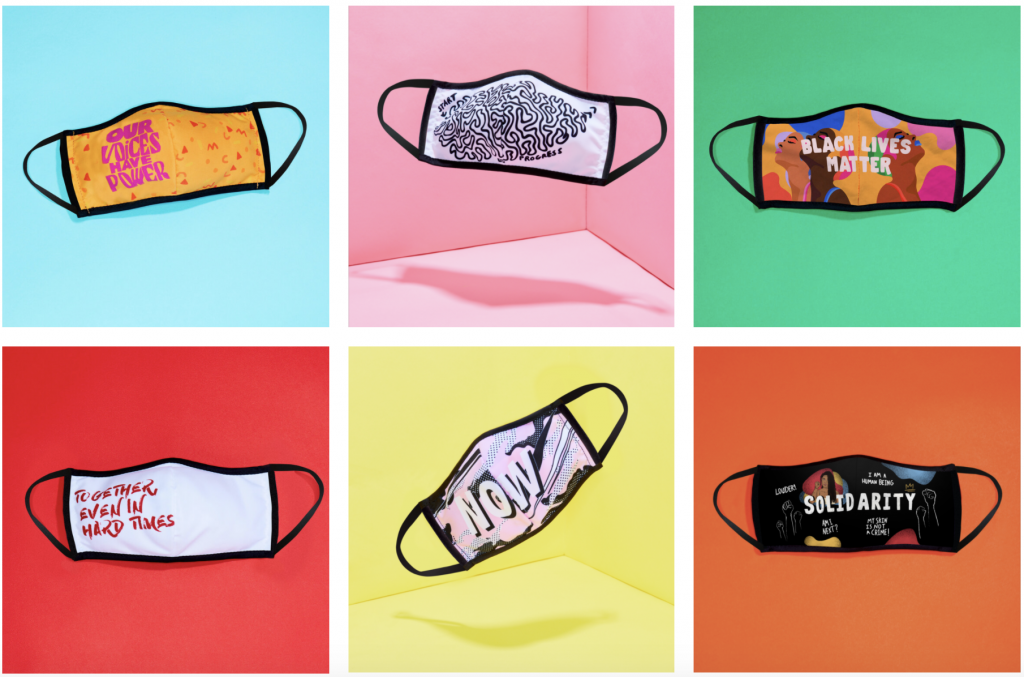 Masks have become a symbol of this unprecedented period in America, as we continue to battle two crises: COVID-19 and systemic racism. While an in-person march is planned in Washington DC to mark the anniversary, we also know the pandemic will force many supporters to participate virtually, rather than in-person.

“We believe that augmented reality can play an incredibly important role in helping young people express themselves and make their voices heard. (On average, over 180 million Snapchatters engage with augmented reality every day). We want to do our part to help Snapchatters commemorate this iconic moment in the fight for racial justice — and hope these powerful new lenses will help uplift the voices of the Black community and their allies.”

“The COVID-19 pandemic has deeply affected all of our lives, from the way we gather and protest to the way that we breathe. This project embodies the mantra that I try to tell myself every day, that especially in hard times, we need each other more.” – Theaster Gates

Here’s how the artists’ designs will come to life on August 28th — inside and outside of the Snapchat app:

Inside the Snapchat app:

Outside of the Snapchat app:

This initiative is the next step in Snap’s broader efforts to advance civic engagement, racial justice and emerging Black artists. In recent months, Snap has worked with Black artists to design lenses, Bitmoji, stickers and other creative tools in support of Black Lives Matter, the anniversary of the Voting Rights Act and Black History Month.