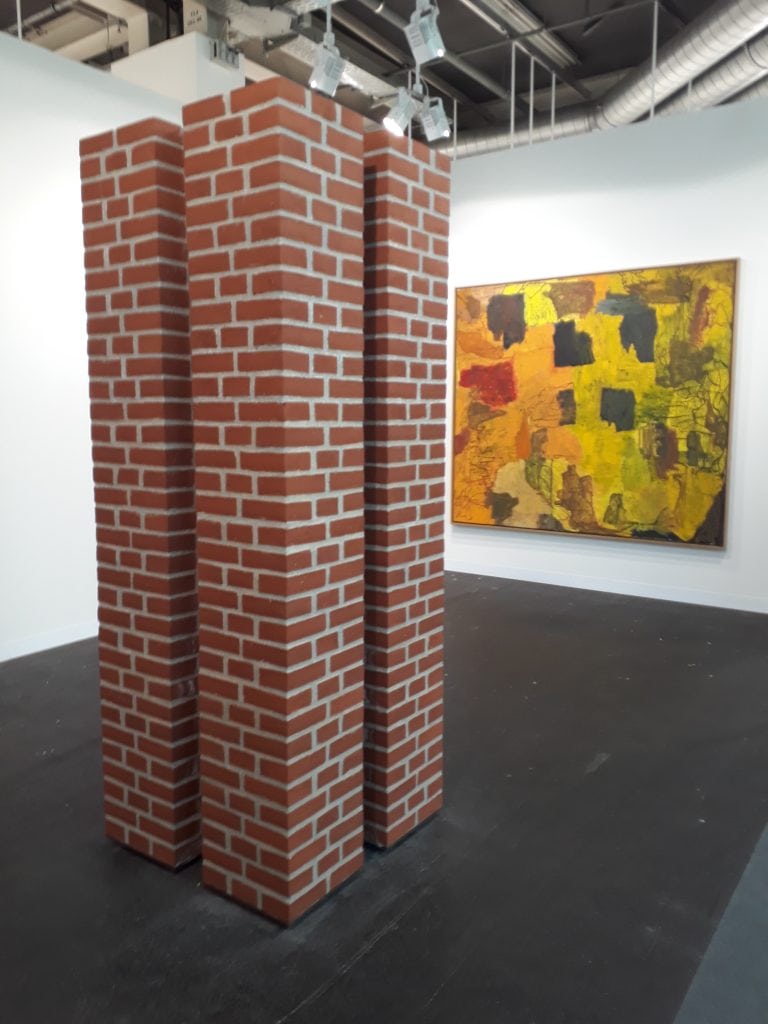 View of Per Kirkeby works at Michael Werner

Brick sculptures were one characteristic stream of work by  Per Kirkeby, who died in May at 79. Michael Werner showed one of his last at Art Basel. The Danish artist, who grew up in the shadow of a brick church, invokes mystical and monumental as well as the everyday and minimal  by making buildings without a purpose – there are no entry points.  As it happens, Basel had several other interesting works featuring bricks, as if extending the tribute. 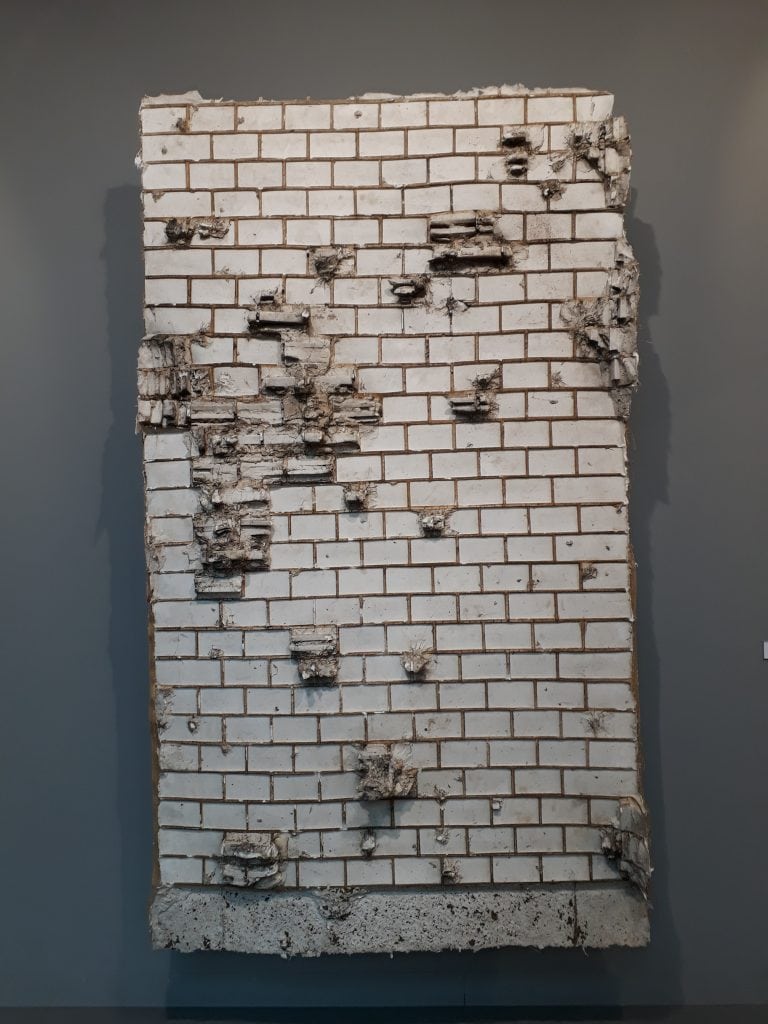 Carlier Gebauer showed one of Asta Gröting ‘Berlin Facades’, which – before such scenes disappear as the city redevelops – hauntingly capture the physical impact of war damage on Berlin’s buildings through an exacting silicon casting process for which the artist has set up her own factory. 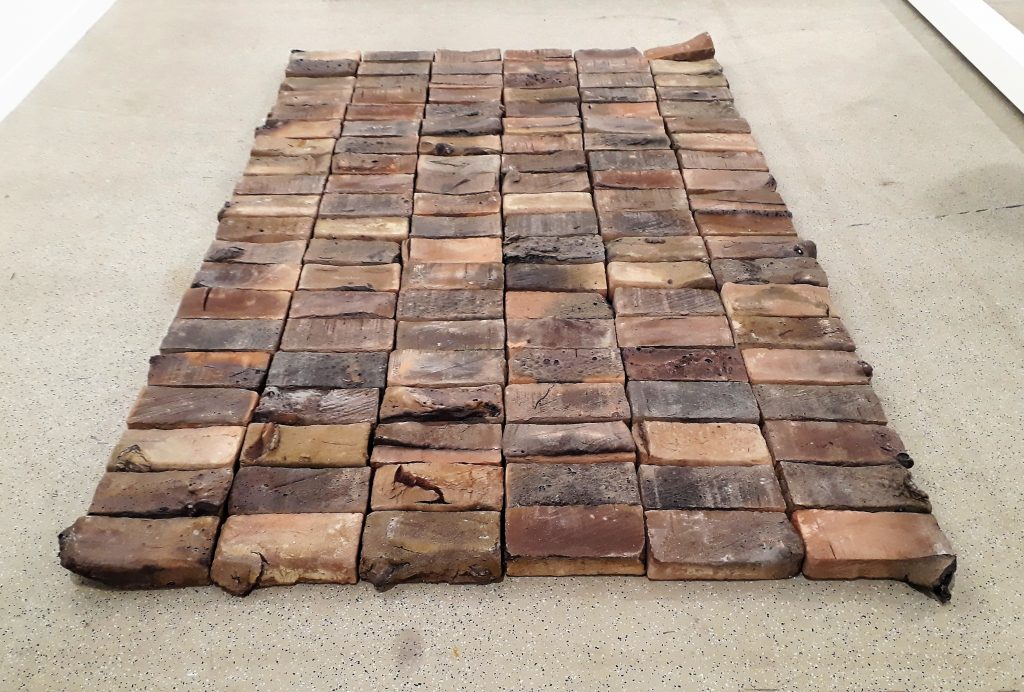 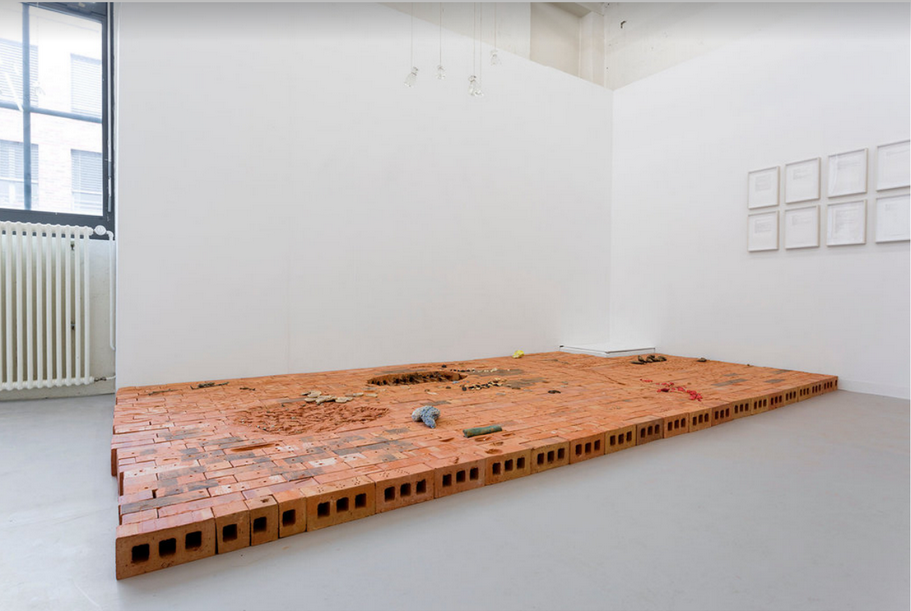 Kate Newby: ‘I want to hear everything’, 2018 at The Sunday Painter

Kate Newby – both at The Sunday Painter’s stand at Liste and now in the London gallery  – herself vandalises the bricks in her platforms, which serve as the base for many subtle interventions. Ugo Rondinone and Michael Wilkinson transfer the look of brick into the language of painting. 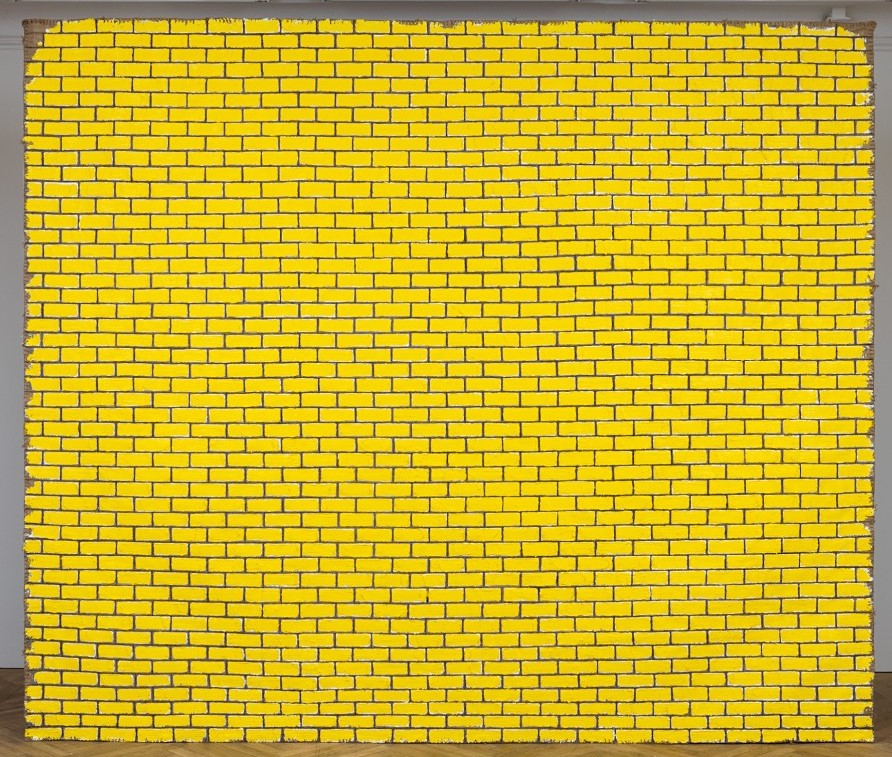 The former has them painted, somewhat expressively in oil on burlap – yet deadpan and titled just by date – as a way of importing their studied neutrality into the more historically and emotionally charged matter of applying paint. 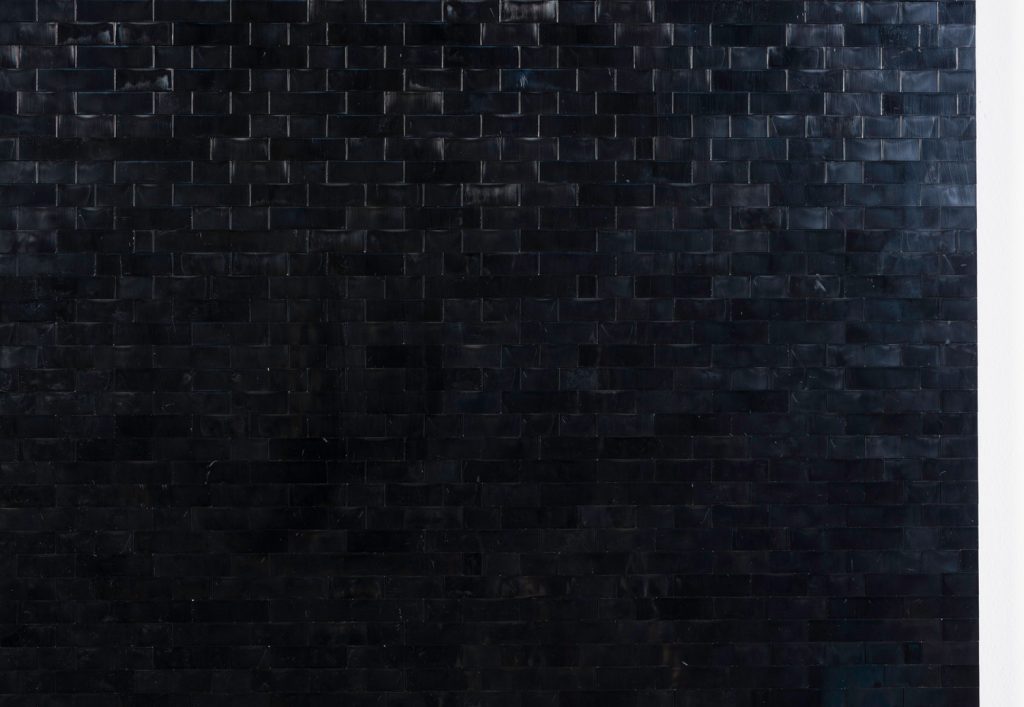 The  latter uses lego bricks to set up a minimalist barrier partly inspired by Pink Floyd’s The Wall . Both depart as suits them from traditional brick colours, something Kirkeby never did.