Over 30 works by acclaimed British contemporary artist Richard Caldicott, many of which have never been exhibited before, will go on display at Atlas Gallery this week. The exhibition will celebrate Caldicott’s 30-Year career, gathering an exciting variety of works in all media, shown together for the first time. From early photographs through to his recent prints and paintings, the show will illustrate the sustained innovation and experimentation within his unique personal aesthetic. 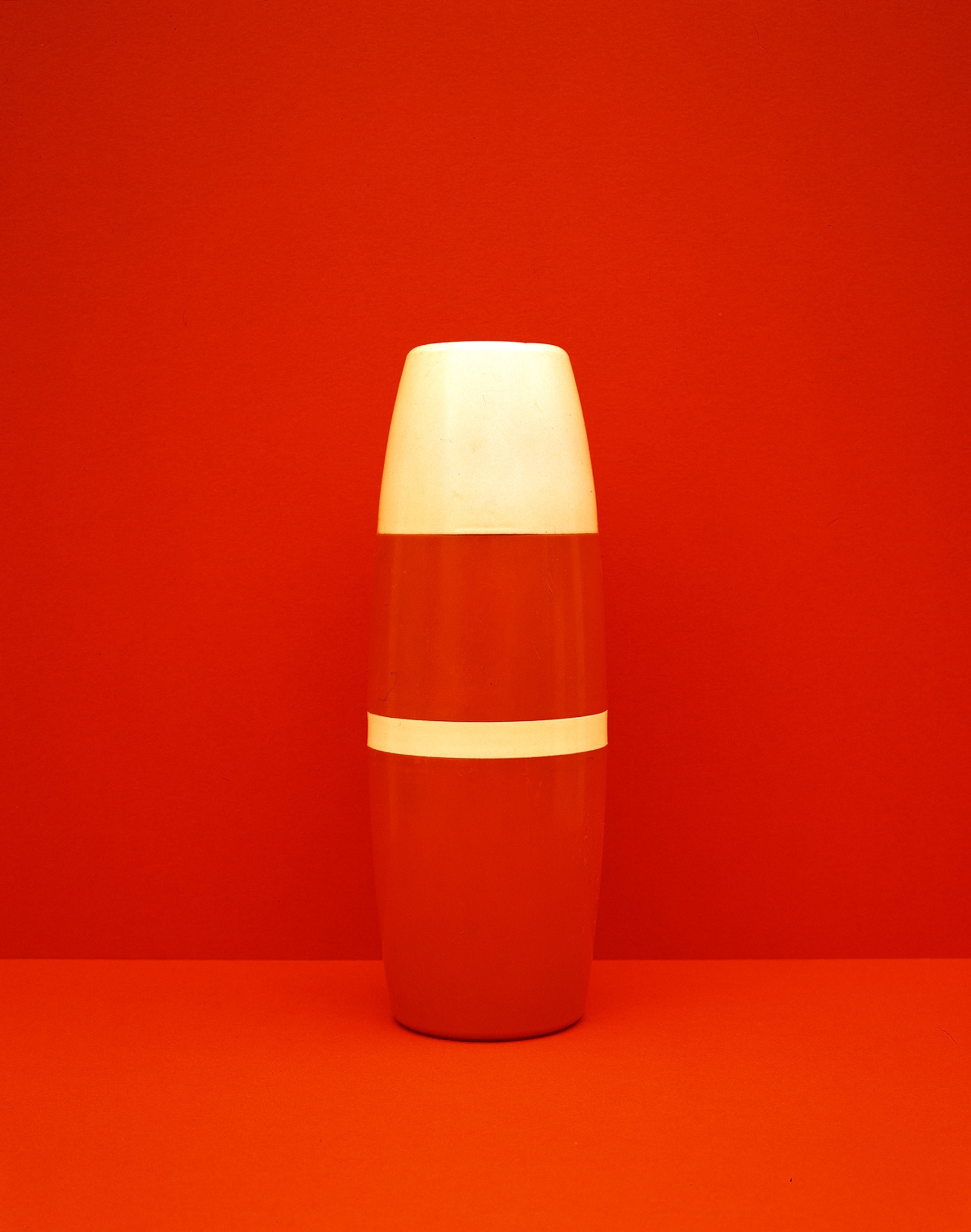 Working and shifting across mediums – photography, drawing and painting – Caldicott’s work is inextricably linked through its minimal aesthetic and focus. His early photographs of precise arrangements of Tupperware and everyday objects placed like trophies against painted backdrops are striking compositions of chromatic colour and form. The use and elevation of these usually mundane, household objects in these photographs result in an interplay between luminosity and intensity, transparency and saturation – as visible in Orange Flask, 1996 and in Untitled No. 17. As in the Tupperware composition Untitled No.179, 2000 the original objects are often abstracted from their context, to the point where any reference to their original nature is erased. 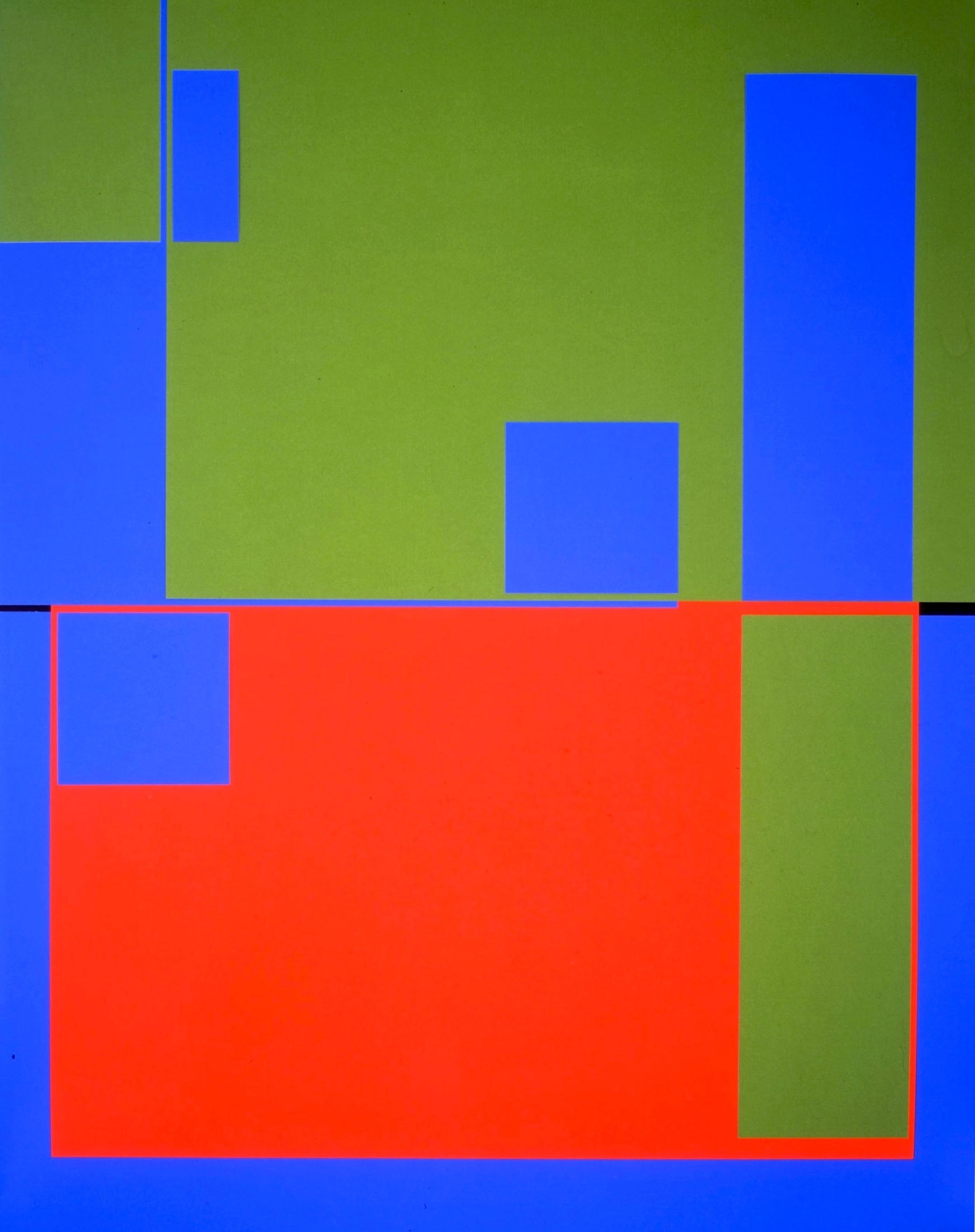 The visual elegance present in these early works is carried throughout Caldicott’s practice from the most minimalistic Tape Drawings to the vibrant complexity of his pen and ink-jet drawings on paper envelopes. Even his most sparse and minimal works have an architectural quality, playing with a highly-calculated use of space – partitioned, divided and sliced. In many ways, these works are reminiscent of musical notations or visualisations of sound.

The exhibition will also showcase a never before seen group of paintings – a medium that Atlas is displaying for the first time. These Perimeter Paintings reflect a use of colour and partition of space similar to his later photographic Constructions.
The geometric, rectilinear forms are spaced so they appear to jostle with a sense of movement within their interlocking, precise, and rational structure.

The conversation between Caldicott’s disparate works is neatly defined by art critic Derek Horton:
‘Whatever the scale of Caldicott? s works on paper they always present an expansive space combined with elements of taut linearity. The emptier the space and the more austere the formal composition, the more exquisitely luscious and sensuous is the colour of which it is made. As in all Caldicott? s work there is an elegant balance of space, form and colour in which all three are completely inter-dependent.’ (Derek Horton, “Seeing through modernism: transparency, absence and construction” in Richard Caldicott – Christopher Muller: On the Entity of Objects, Kunstmuseum Bonn, 1997)

Atlas’ retrospective on Caldicott’s captivating production demonstrates his ability to thrive in all media and underlines his unique visual signature. 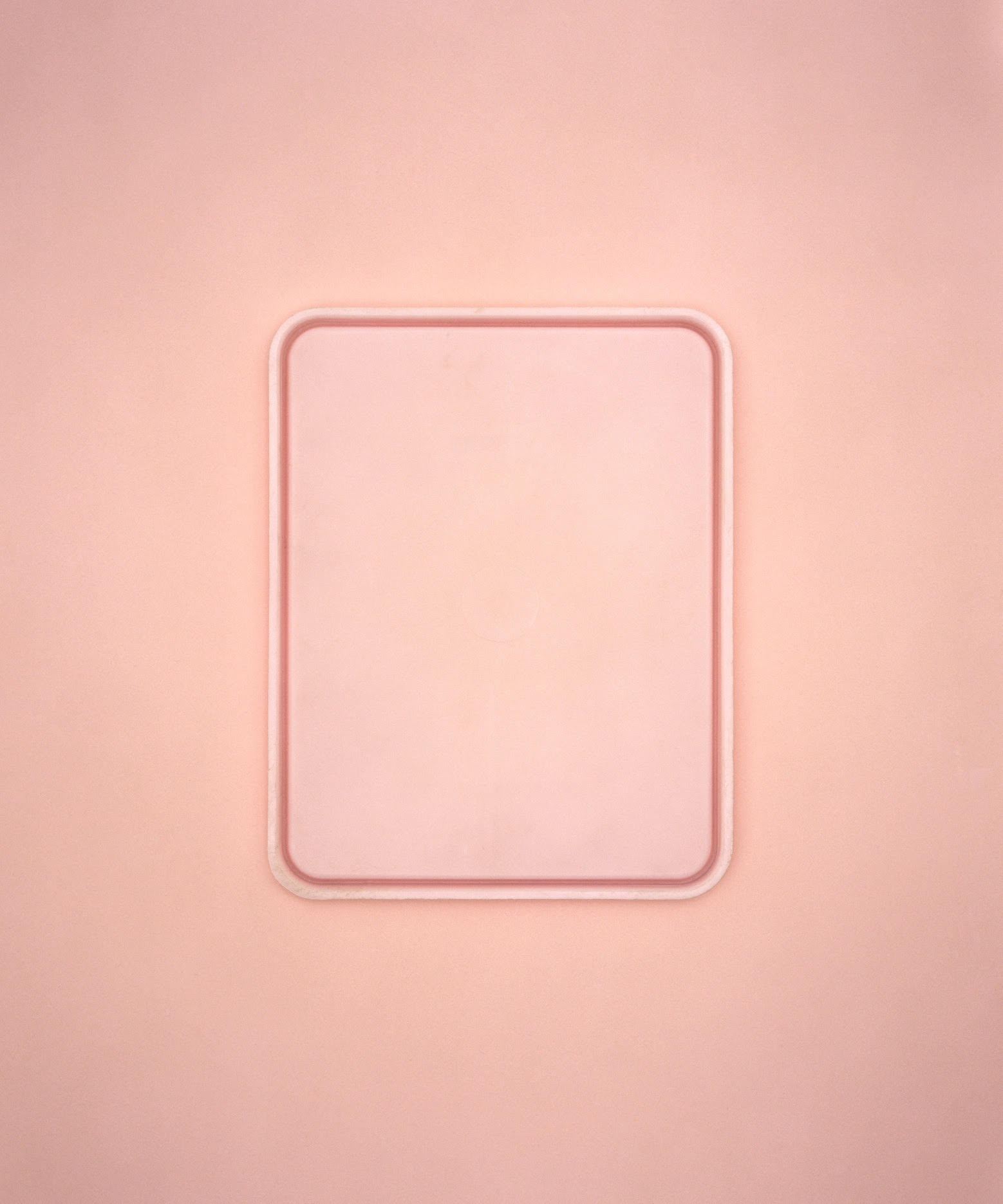 About
Richard Caldicott (born 1962) lives and works in London. He graduated from Royal College of Art, London (1987) his work has been the subject of more than 20 exhibitions across Europe and the US. Caldicott’s work is the subject of several monographs and is held in numerous public and private collections including the Kunstmuseum, Bonn, Museum im Kulturspeicher, Würzburg; the Davis Lisboa Mini-Museum of Contemporary Art in Barcelona.
Sir Elton John has consistently championed Caldicott’s work which is also part of his collection.

Clarks: Rebooted launches to celebrate the 65th Anniversary of the iconic Clarks Desert Boot in partnership with landmine removal charity The HALO Trust.
Tabish’s Top 5 Art Exhibitions to see in London this week