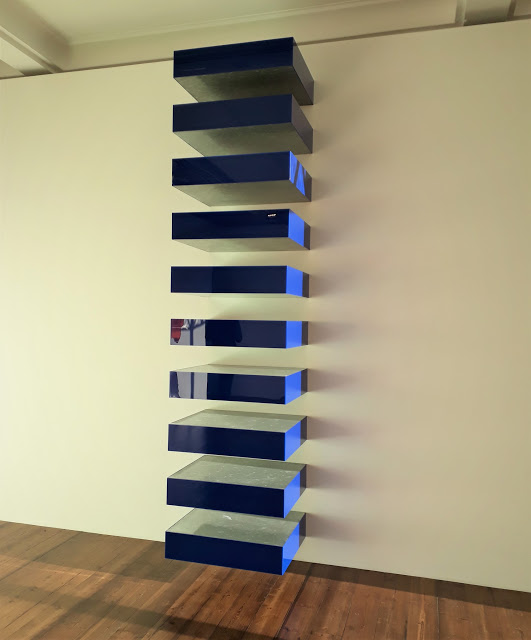 The aim of Sprüth Magers’ impressive show ‘Crossroads’ (to 31 March) is to present Craig Kauffman in the context of Robert Morris and Donald Judd. Yet walking in on a Judd ‘stack’ – ie one of the many ‘untitled’ works by Judd which fit that convenient classification – I found myself looking at that afresh rather than as just ‘another of those’. Partly, no doubt, because I found myself next to Judd’s longtime assistant Peter Ballantine, one of the fabricators who made all Judd’s work after 1964. He installed Sprüth’s example, in this case of galvanised iron and blue Plexiglass, an inherently coloured and self-supporting material central to both Judd and Kauffman’s production. It looked particularly good in the somewhat unlikely winter sun. Early examples have seven units, later ones have ten. In all cases, the units are of equal size to the spaces, and there are two sizes of unit, 6 inches leading to a height of 10 feet, as here, or 9 inches leading to 15 feet. I’ve always liked it more when the stack looks tailored to the ceiling height, and that was indeed the case when they were first shown in Leo Castelli’s relatively domestic space in New York. But, Ballantine explained, Judd did not insist on it, so there may be a larger gap above and – going the other way – he allowed some flexibility in the case of low ceilings: some units can be removed, but a minimum of seven is set. 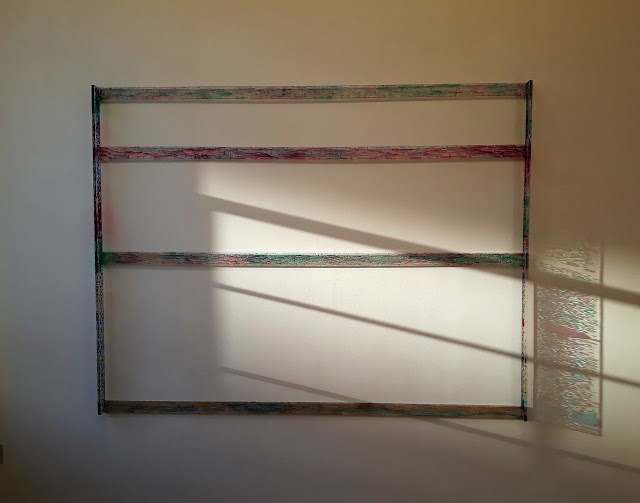