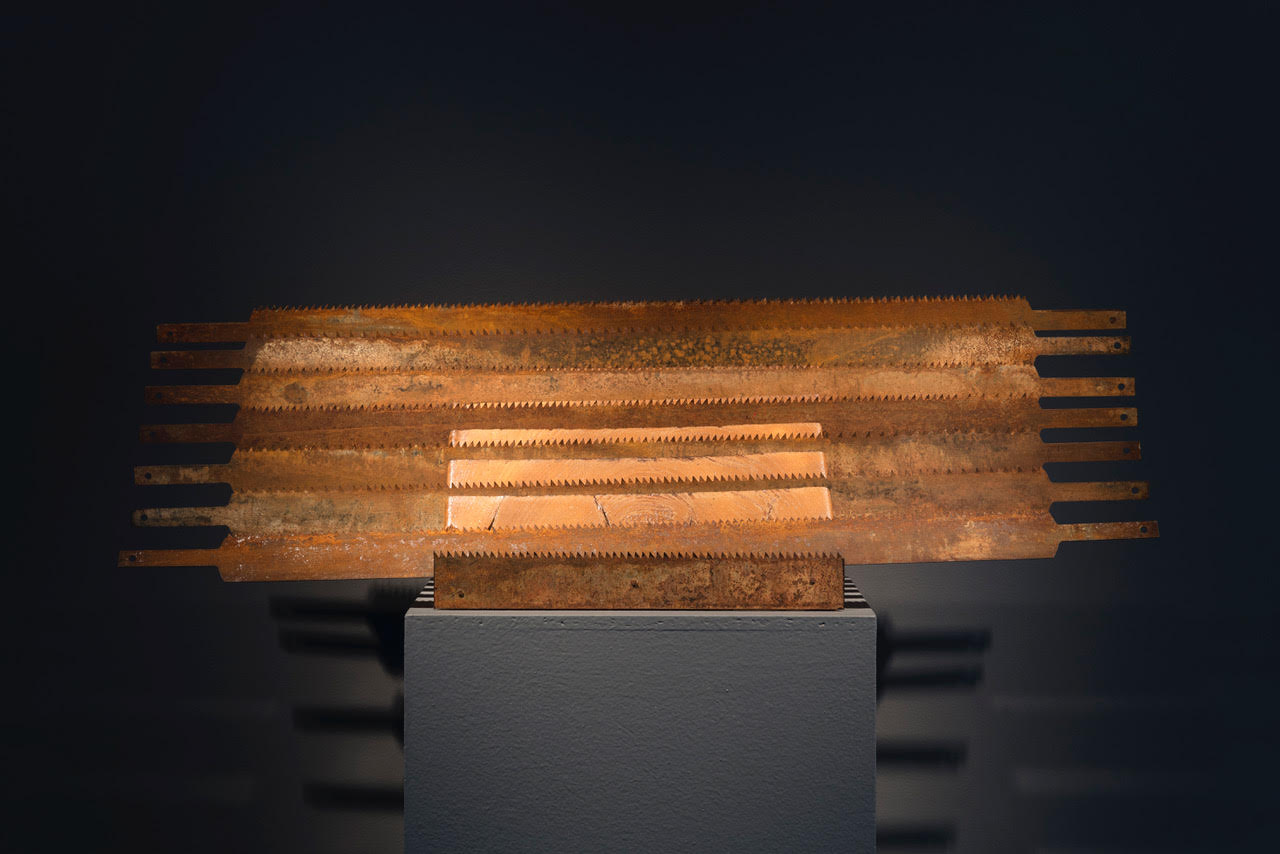 There’s always plenty of interesting stuff at Frieze London and Frieze Masters, whether or not you like it as art. Here are four unusual works which I did also rate highly as art.

This early Heinz Mack has a neatly circular logic, as it incorporates the saw blades that cut its wood. Moreover, Mack – who grew up 500 miles from the coast in the centre of Germany – made it after seeing the sea for the first time, at the age of 22. So you can interpret it as waves, as well as the overlapping plates of body armour implied by the title 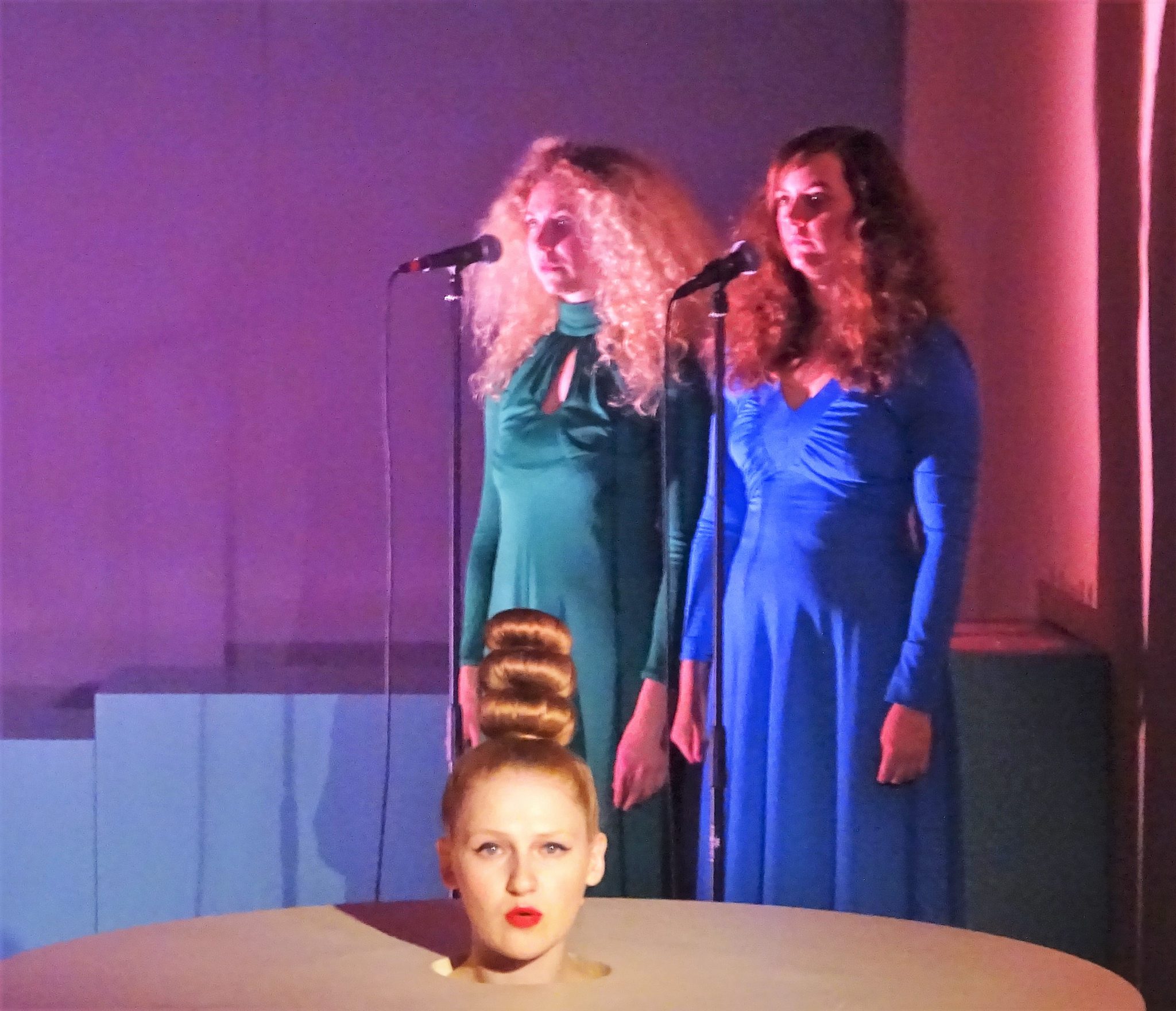 View of ‘Androgynous Egg’ from the Projects programme at Frieze London

Buns were the go-to hairstyle at Frieze London. The outstanding performance, Georgina Starr’s ‘Androgynous Egg’ – twenty minutes of sculpture, advanced singing, hyper-flexible choreography and witty ovum-themed text – also starred a triple-bunned soprano disembodied from the head down. And Ryan Mosley, a painter of comparable spirit known for his glorious treatment of beards, showed signs of developing the bun as the female beard… This is a modest example, but the bicycle more than makes up for that! 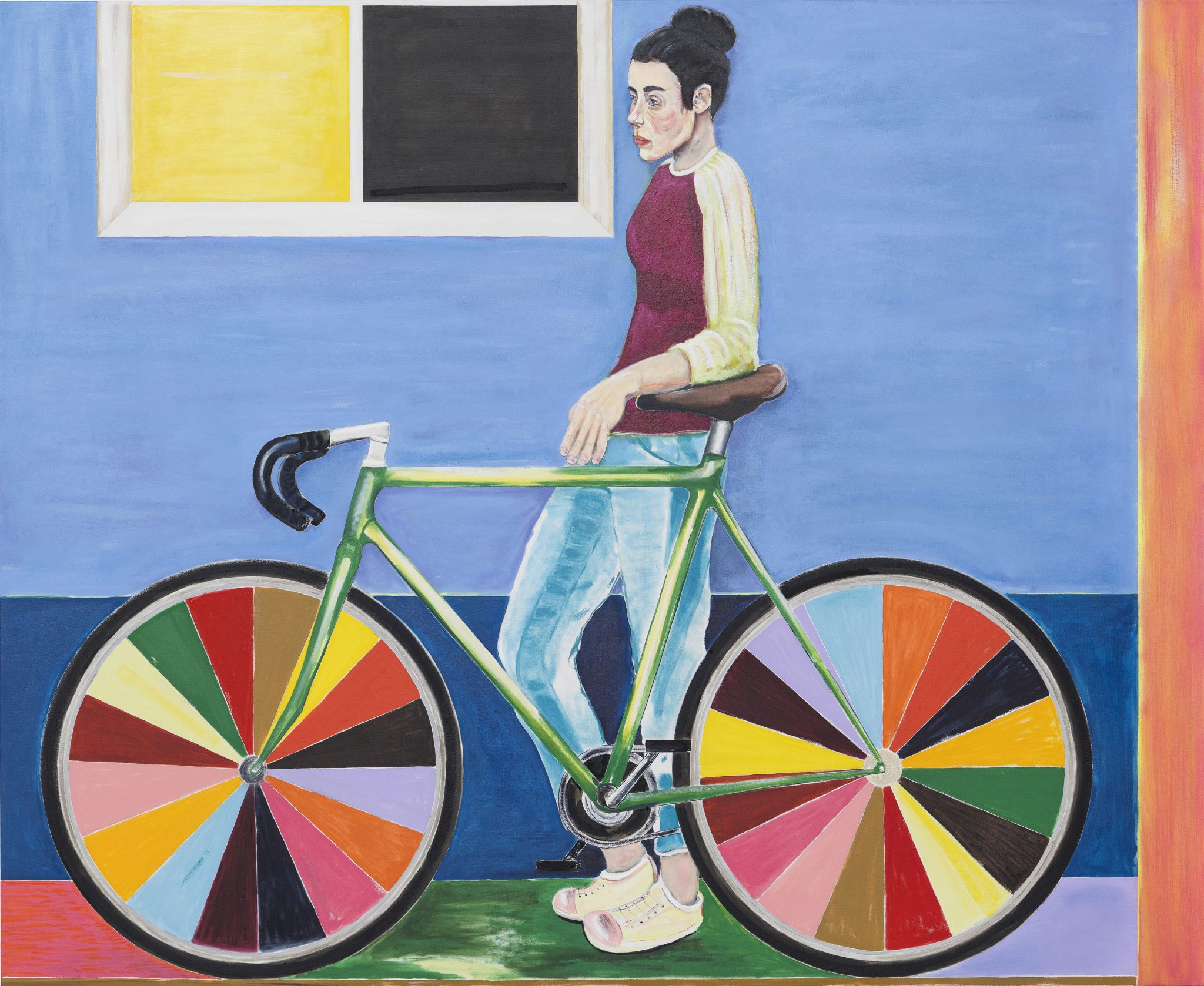 One of the Frieze ‘collections’ was of Aztec feather works which were not only aesthetically striking, but seemed to have retained their original colour for well over a thousand years. Was there a scientific secret to that? The gallery didn’t know of one, but it seems from net research that feathers get their colour from a unusual combination pigment groups and the tough keratin protein of which feathers are made, and that the angles through which their internal structures reflect light are particularly efficient, both factors which seem likely to help… . 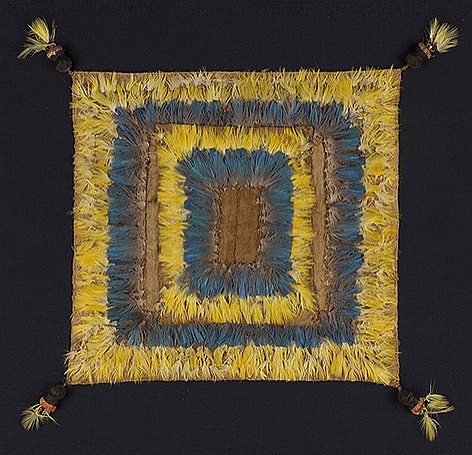