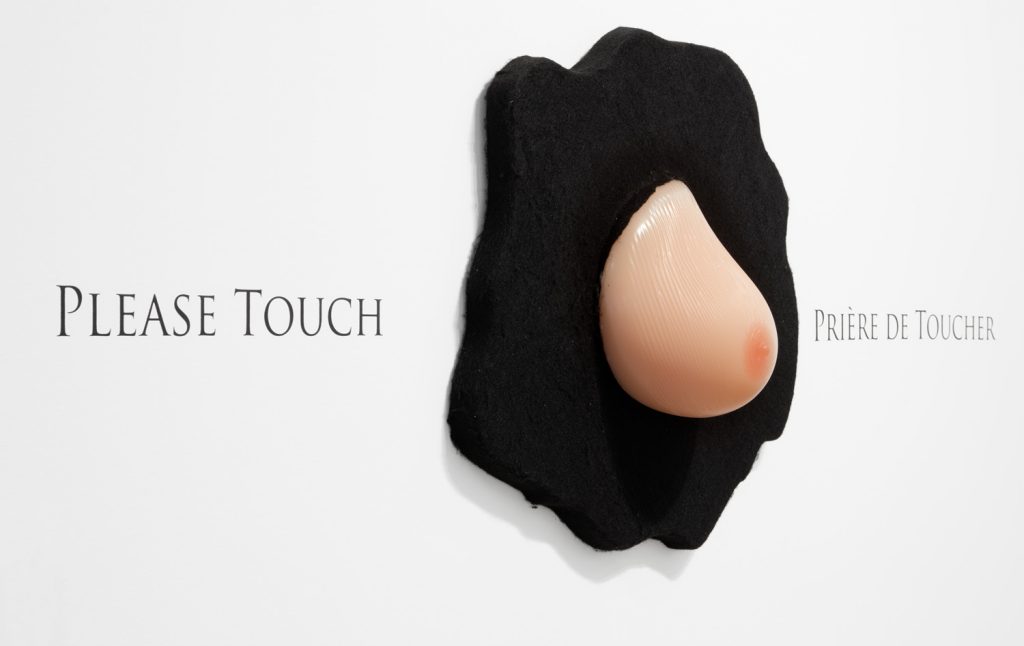 Undeflected by the fact that there’s an unusually high number of good shows on this August (see HERE) this month is traditionally the one in which to report on silly things.

Omer Tiroche (to 1 Sept) do their bit with an over the top installation-come-work by the gallery’s own staff. It supplements works by such as Calder, Ernst and Matta in tribute to Prière de Toucher, the first post-war surrealist show, with a sculptural homage to Duchamp’s famous rubber breast cover it. To put it more directly, there’s a giant silicon boob on the gallery wall, which viewers are invited to fondle. It’s risible, yes, but not so alien to the spirit of surrealism. 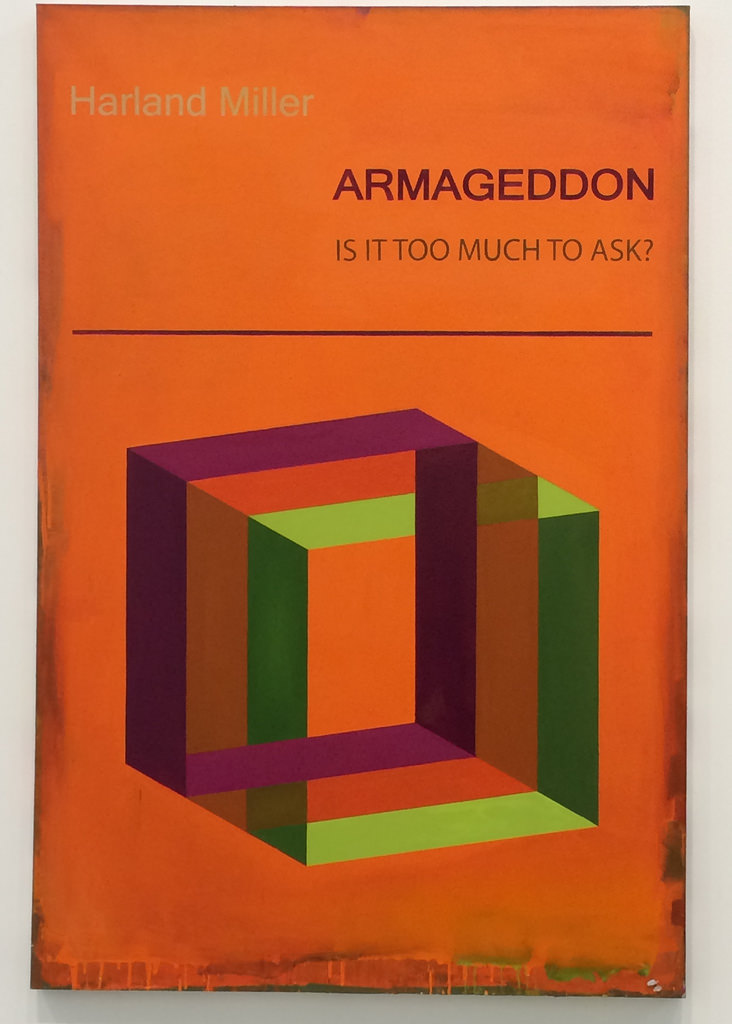 Speaking of which, White Cube’s glorious show of female surrealists in Bermondsey has 170 works. There seems to be room for everything, yet the White Cube Mason’s Yard show by Harland Miller (to 9 Sept) doesn’t even contain the painting about which its press release waxes most lyrically: the typical book-cover-meets-abstraction ‘Armageddon – Is It Too Much To Ask?’. Yet that, too, may have a humorous logic: yes, it is too much to ask. But I’m giving you a digital chance… 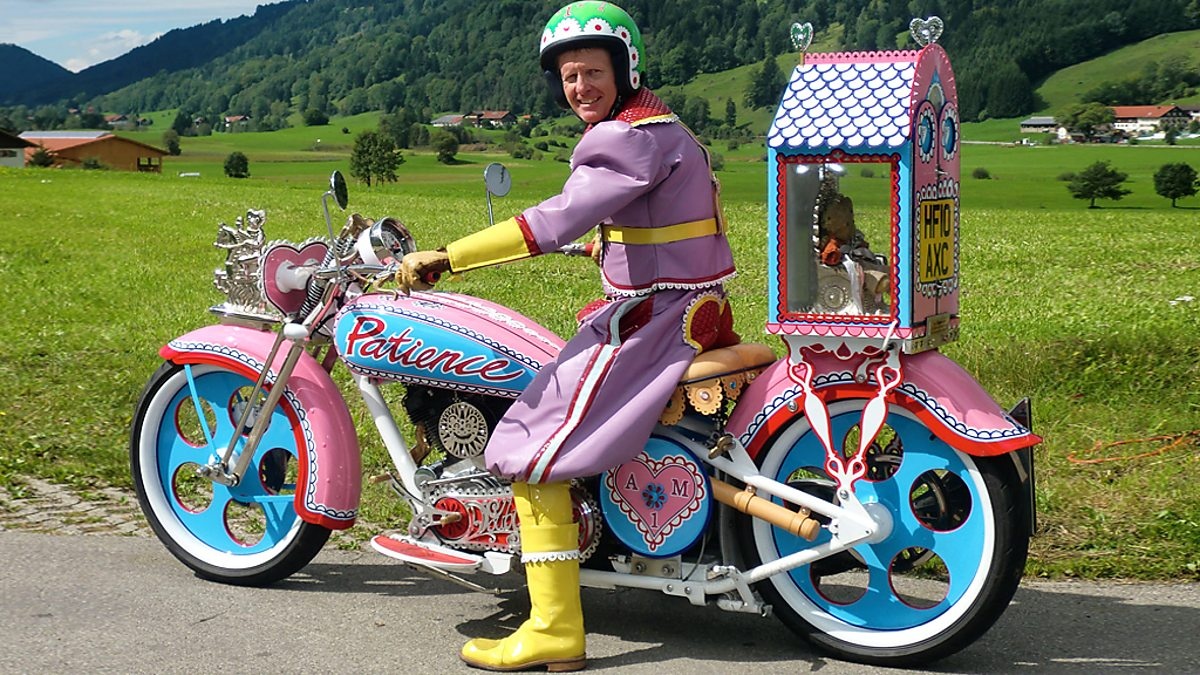 Perry on the bike, which is on show at the Serpentine

Yet silliness central is at the Serpentine Gallery, where Grayson Perry holds sway. Of course, that is deliberate, as flagged by its titling as ‘The Most Popular Art Exhibition Ever!’. All the same, it’s hard to be even unseriously enamoured of a motorbike customised for Perry’s teddy bear; or a skateboard with an image of Kate Moss on it simply in order to call it a ‘Kateboard’. But the loos are fun: the gents now has Grayson’s photo on the door, the ladies has him dressed as Clare. 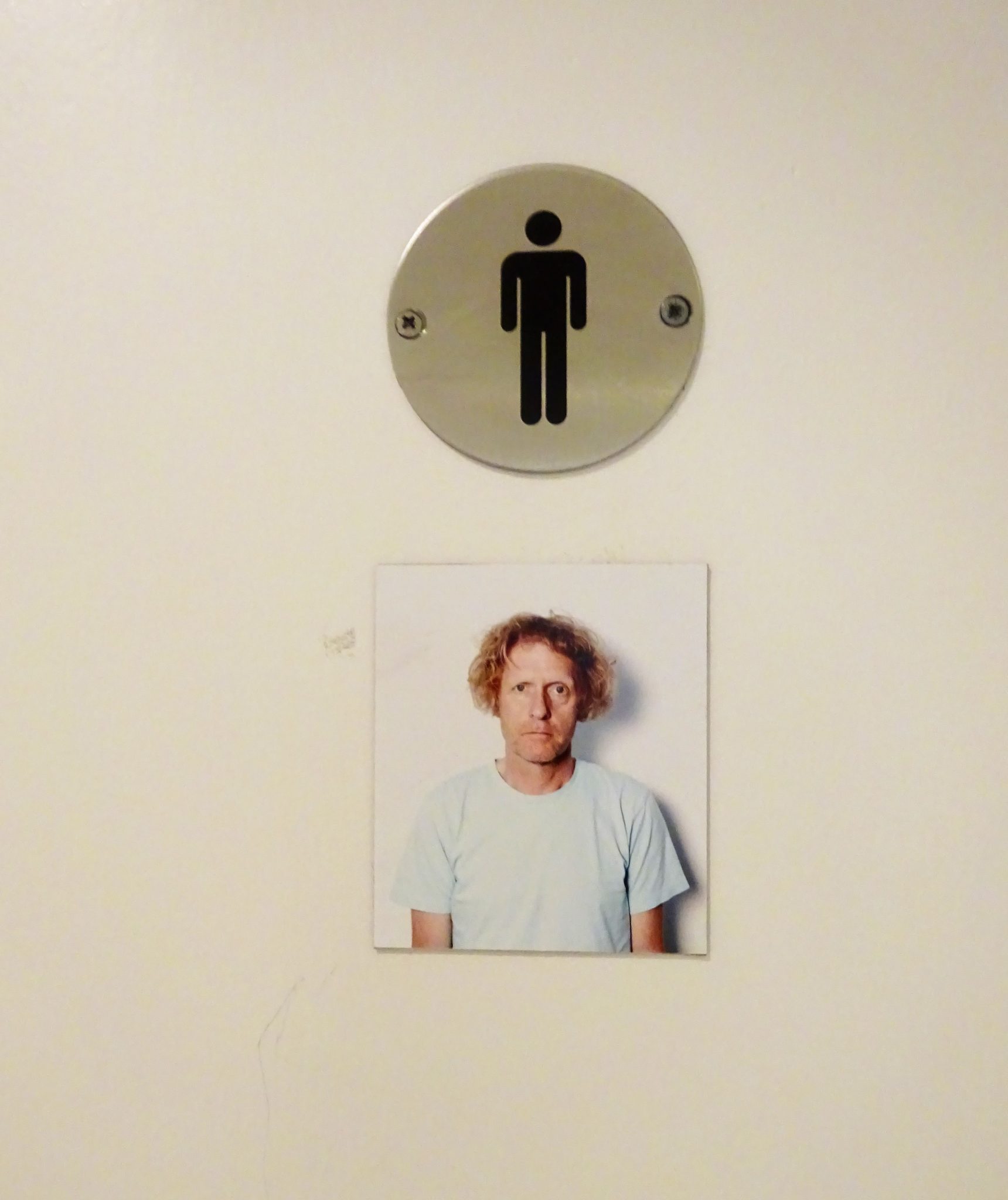