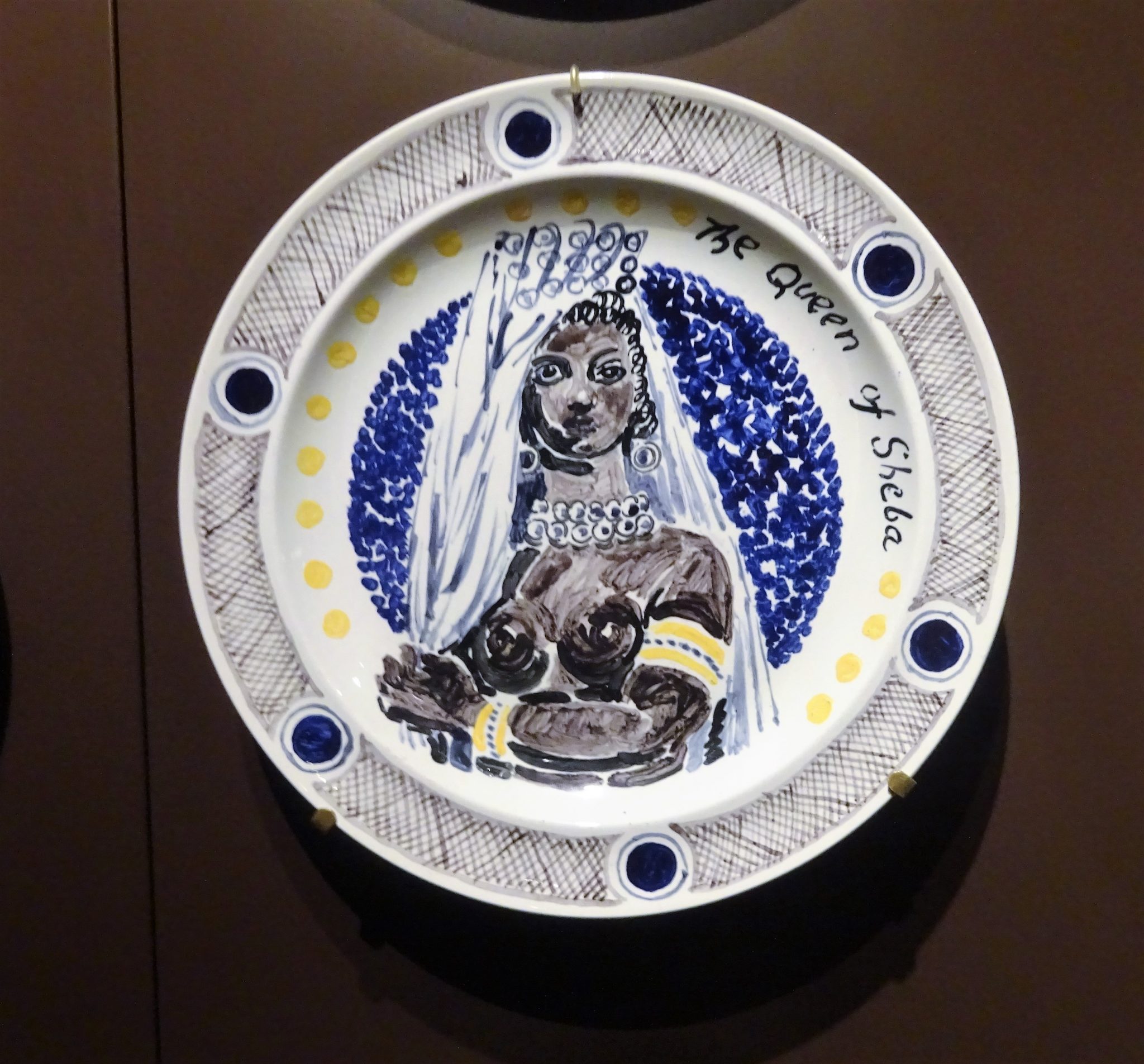 The 8th edition of Masterpiece fair (29 June – 5 July at the Royal Hospital, Chelsea) features 150 exhibitors with all manner and periods of fine and applied art. It’s easy to range from to a late Paul Klee to a mummified ibis to an erotic feather painting by George Taylor to a 19th century Indian ebony and bone-inlaid rosewood turban stand to Ivan Navarro’s political yet abstract installation of lightworks to a set of six coco de mers, and so on… Artists more ‘on trend’ than in previous years are John Hoyland, Alexander Calder and John William Godward (1861 –1922). The last was a protégé of Lawrence Alma-Tadema (1836 – 1912) with a commonality of subject – women disporting themselves in classical architectural settings – but more availability and lower prices, though ‘A Happy Awakening’ is £0.6m, so hardly a snip. Alma-Tadema himself has a major show shortly at Leighton House, so this is a teaser of sorts. All that all caught my attention, and you should look out for it, but what surprised me most was to find two dealers showing remarkably large and well preserved collaborations by Vanessa Bell and Duncan Grant. In 1920 those two seminal figures of the Bloomsbury Group were commissioned by a third – John Maynard Keynes – to make murals for his rooms at King’s College, Cambridge. Philip Mould has a wall of eight studies they made in preparation. The second Bell-Grant collaboration was produced in 1932-34 for another distinguished commissioner: Sir Kenneth Clark. Piano Nobile have the complete set of 48 plates on which they painted agreeably camp portraits of Famous Women – 12 Queens, 12 great beauties, 12 writers and 12 artists (including Bell, and Grant as an honorary woman). Clark’s diners had the option of eating off, for example, Great Garbo, Charlotte Bronte or the Queen of Sheba. 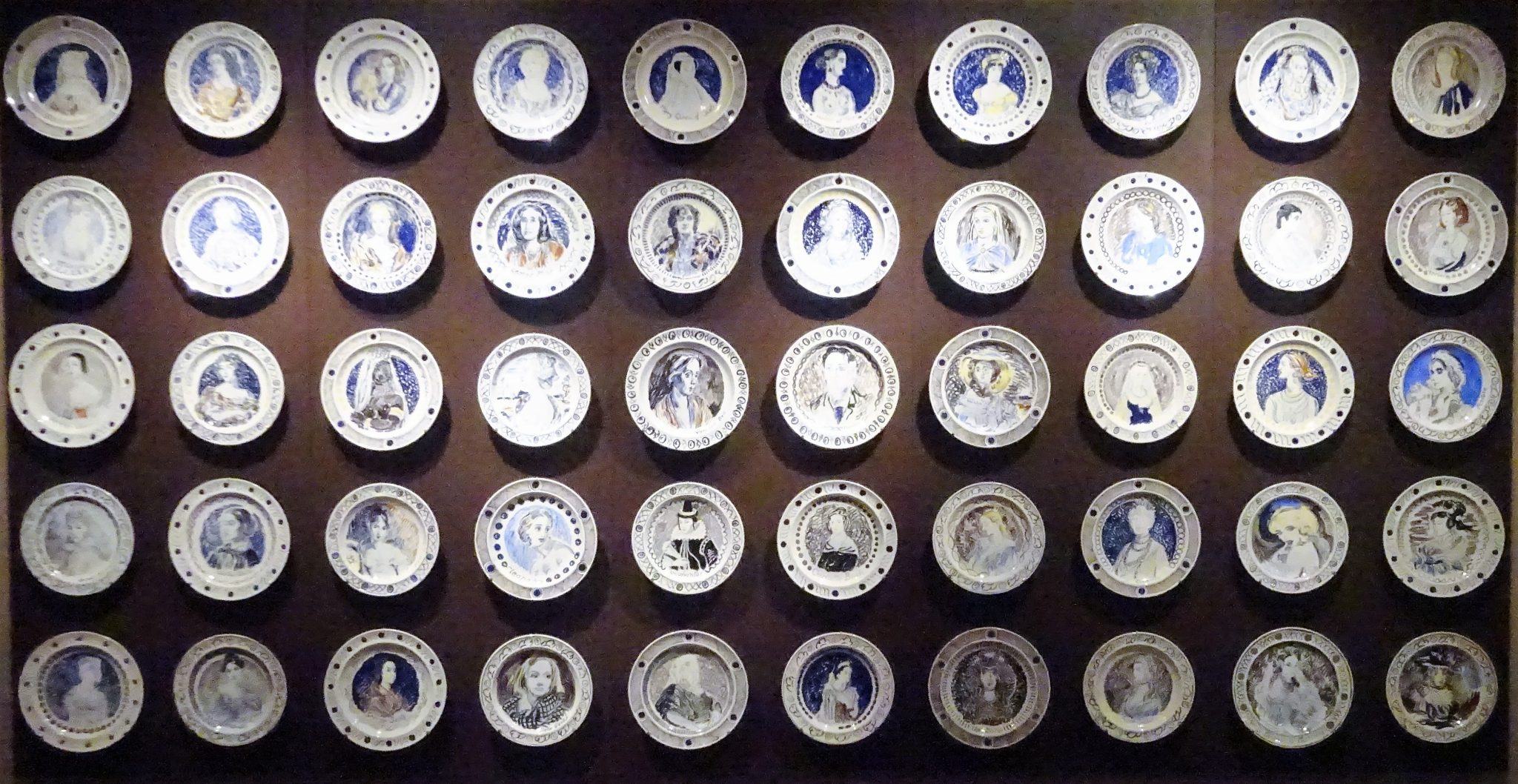 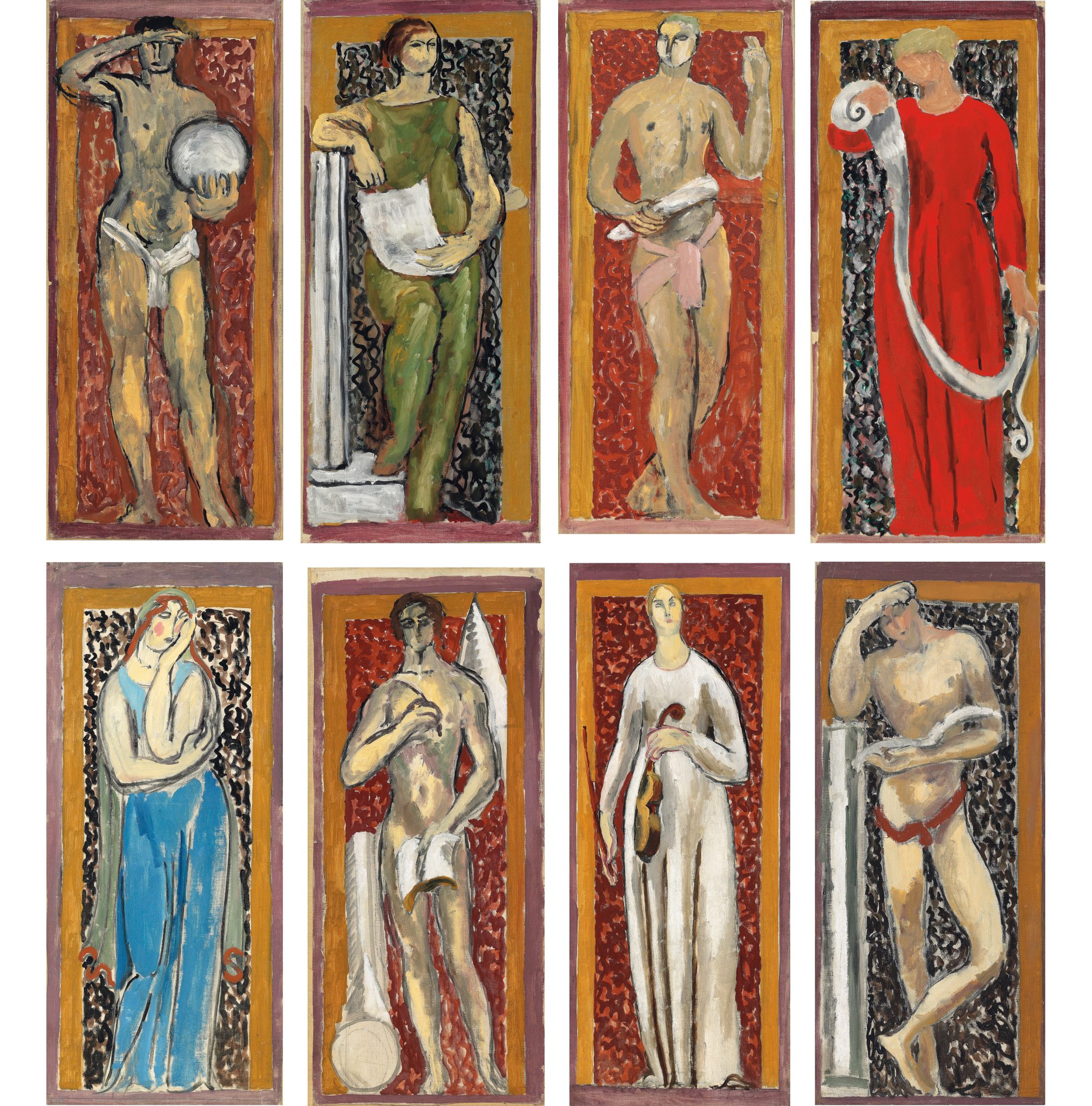 Studies for The Muses of Arts and Sciences, 1920, by Duncan Grant & Vanessa Bell 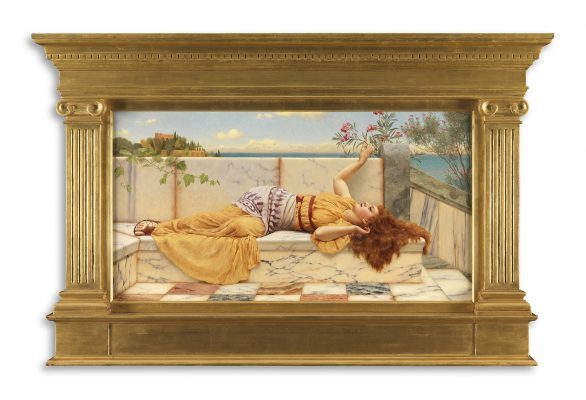