Alteria Art presents The House of Penelope, an evolutive exhibition by The Modern Penelope Collective - FAD Magazine
Skip to content

The House of Penelope is the physical outcome of 18 months of regular meetings between The Modern Penelope Collective, a group of curators and artists based mainly in London. Ideas, practices, contacts, support, techniques and encouragement were shared between this band of creatives with a discourse on the myth of Penelope running through as a recurrent theme. Penelope is a mythological character from the Odyssey who has been an inspiration throughout time, known for her faithfulness and patience. Her story embodies concepts of waiting, longing and mourning, but the strongest element is her willpower which enabled her to resist against authority and protocol and allowed her independence through her intellect and her work. Penelope’s husband is lost to her for 20 years, it is unknown whether he is alive or dead whilst he travels the world facing hardships and adversities, trying desperately to make his way home again after the Trojan war. She is under pressure to marry one of her many suitors and she makes the promise to do so the day she finishes sewing her father-in-law’s shroud. She refuses to be a spectator to her own destiny and through her guile and ability, she chooses to stand against this condition. In a very subtle manner, she spends her nights undoing what she has been weaving throughout the day. Penelope has wit and refuses to be defeated.

The curators of the project, Alix Janta-Polczynski and Lauren Jones, have requested that each of the artists that form part of the collective create a new installation in response to the rhetoric of the past 18 months. The majority of these works will have an evolutive aspect to them whereby the public are invited to watch the process of creation and in many cases, participate and contribute as well.

The virtue of patience is embedded in Becky Allen’s practice whereby one of her intricate drawings can often take months to produce. Fascinated by the inchoate nature of form and capturing the simultaneous duality of both reality and abstraction, Allen’s imagery is created with intense mark-making by either pen, pencil or needle. The organic progression of her marks is transformative, creating images that have a natural and rhythmic quality. They are typically made by consistently marking a single line over time, the process mimicking that of domestic textile production and exploring the dual capacity for fabric to both conceal and expose simultaneously. In this new series, Allen has created four drawings amassing a total length of over 4 metres, relating to the dimensions of a funeral shroud. She will be working further on the series throughout the exhibition, deleting her markings using different techniques such as puncturing, bleaching or erasing, creating ghosts of the original drawings. The public will have the opportunity to remove parts of her drawing with the artist during the exhibition at specific times. This is a direct response to the devious nature of Penelope unweaving throughout the night and is also a unique insight into the creative process of this artist. 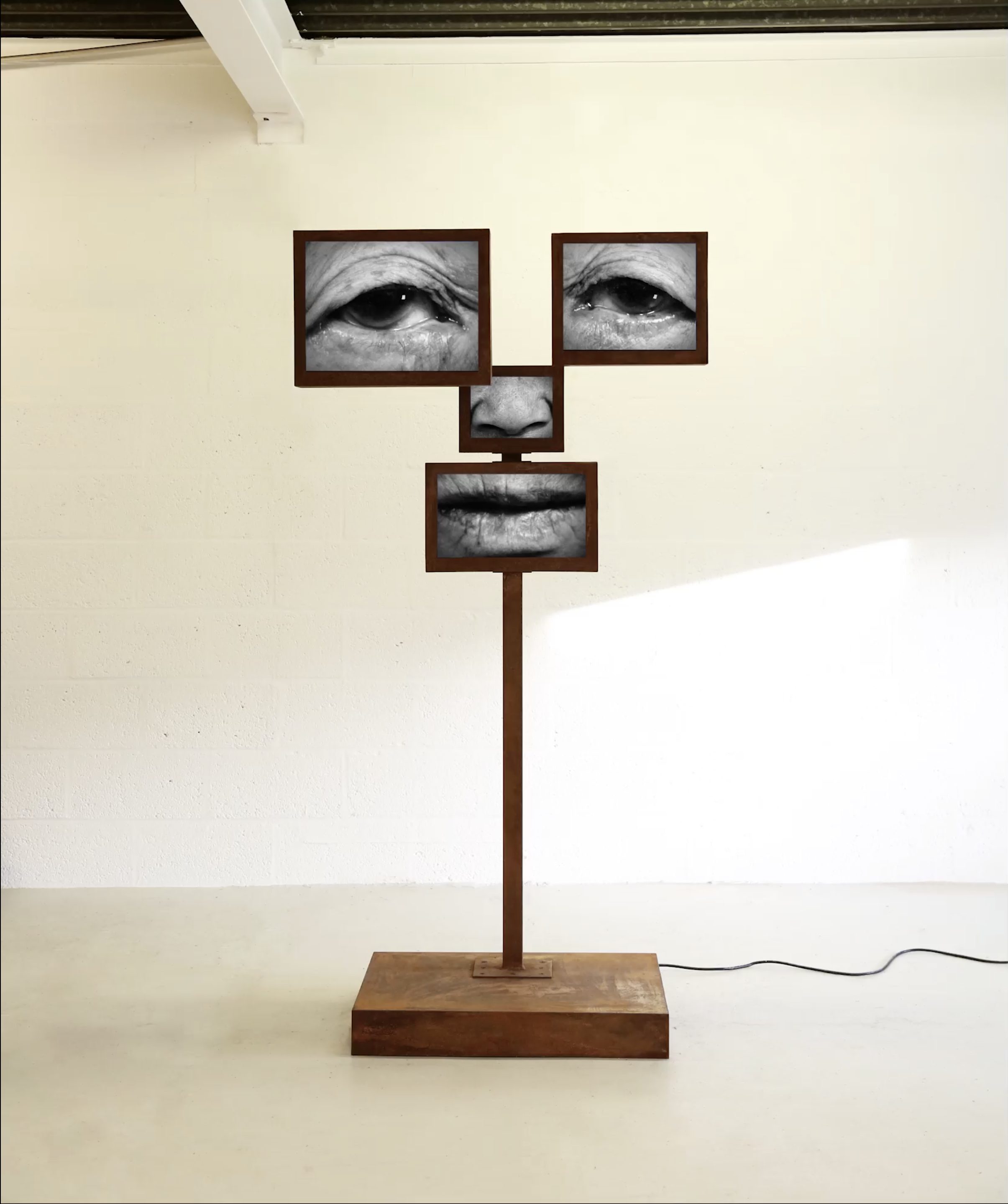 Artist and filmmaker Charlotte Colbert undertook the long journey to find and meet Lee Soon-Kyu in her home of Cheongju, South Korea and to interview and film her to create the first in a series of anthropomorphic Screen Portrait’s. Soon-Kyu is a living modern day Penelope, she was married to Oh In-se for seven months and was pregnant with their first child when The Korean war erupted in 1950. In-se disappeared into the conflict, ending up in the North when the war was halted three years later by a truce that left the Korean Peninsula divided. The couple did not see each other again until 2015 when as part of a rare state organised program, they were reunited and In-se met his son, then aged 64, for the first time. Encouraged by the regime in the North, In-se had remarried, though he never stopped looking for his first bride and true love Soon-Kyu who had remained faithful to her husband for 65 long years. The installation consists of a sculptural series of screens showing close up abstracts of Soon Kyu’s face, capturing details of the waiting, recreating her presence in time and abstracting her to universalise her story. The rusty metal cases enclosing the work give the feeling of a portrait that has been lost in time, re-discovered in the future, and worn by the years gone by, much like the subject matter it holds within. 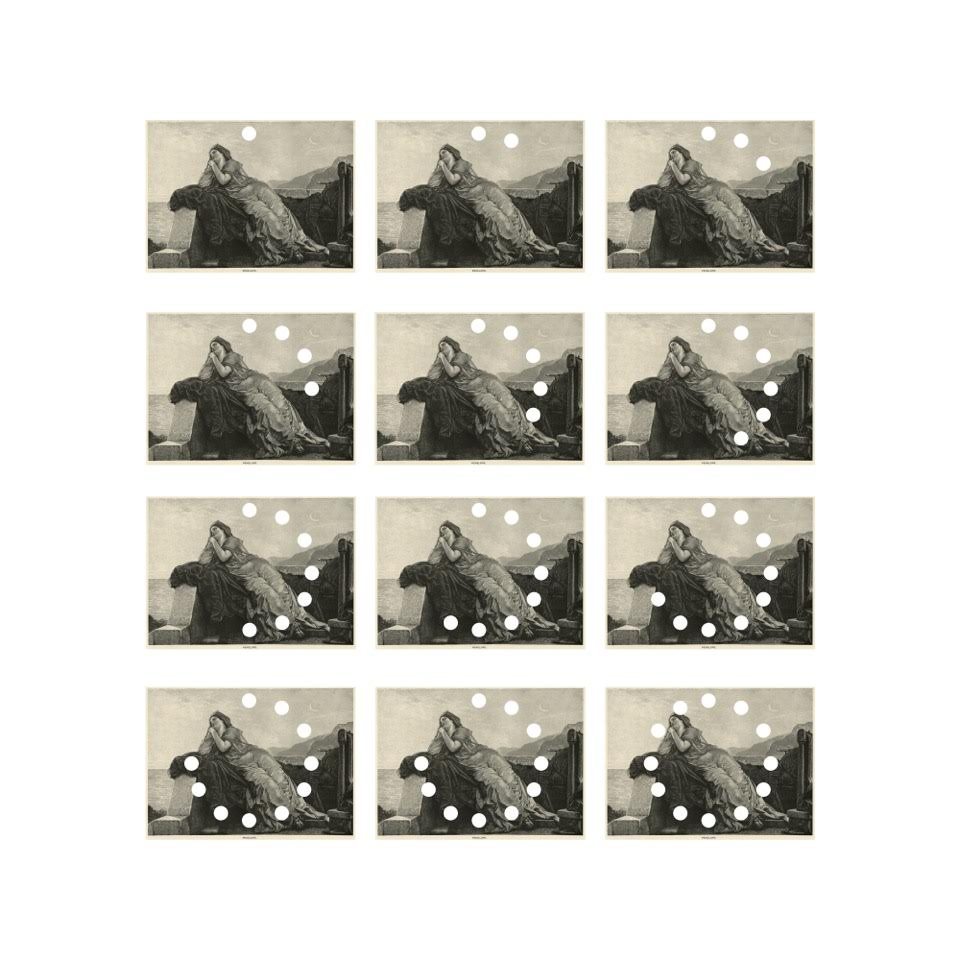 The focal point in Adeline de Monseignat room is Penelope’s Wheel, a metal structure that nestles around a human size bed mattress meant for the viewer to lie down and gaze at the 12 glass spheres which successively turn on and off so as to give a sense of a spinning wheel. In the Odyssey, Penelope’s main challenge was the endless wait for her husband’s return. Her patience was put to the test like no other. Nowadays and in our technological world, wait is symbolised by the icon knows as ‘throbber’ or ‘spinning wheel’. The 12 spheres also represent 12 moons (months passing by, year after year) – yet another dimension of time – and the 12 maids hung one after the other by Odysseus on his return. Penelope’s bed is also the symbol of her faithfulness for her husband. The title is close to the expression “Penelope’s web” which refers to “an endless job”. There will be accompanying works on paper and canvas as well as a wall where visitors are invited to write a love letter to Penelope.

Camilla Emson’s loose loops of thread sewn onto reams of muslin, which are hung from copper pipes create the backdrop for her garden scene. Emson will begin facilitating the space for a public indoor terrarium garden with several handblown terrariums (individual ecosystems enclosed inside handblown glass vessels) selected from her ongoing collection. The Slow Sow Workshops will be open to the public to make a their own terrariums which will become part of the installation, spreading across the room giving the community garden a sense of evolutive depth. There will be a ceremony towards the end of the show where Emson will collaborate with Leo Cosendai offering an indulgence of time and space to receive sacred tones and a medicinal concoction from the garden. Recently Emson has been working closely with Solace a charity that supports women who have experienced domestic violence and sexual abuse and this has helped her inspiration for this new body of work that focuses on healing through community interaction. She has found that the symbol or act of gardening, like sewing is a powerful tool in unhooking people from their dependency on instant gratification, drama and consumerism. She is particularly drawn to the fact gardening forces people to slow down and surrender to a very organic process, which takes time and ties in with the theme of Penelope’s creative methods for survival. 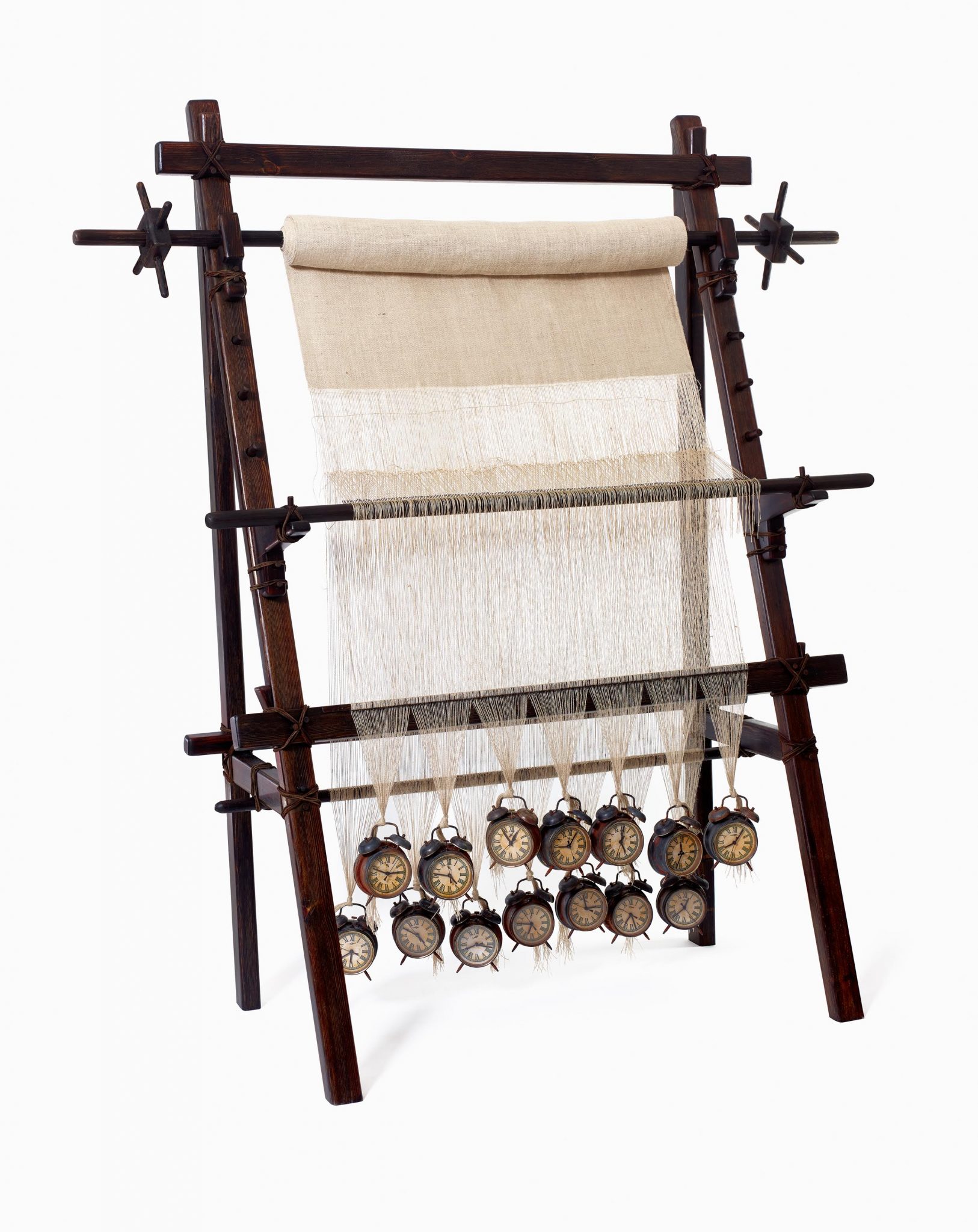 Nancy Fouts, known for her witty and sharp puns using sculptural collage as her medium, has created an installation rebuilding the most ancient form of loom, a warp weighted loom but replacing the typical weights with antiquated clocks. She will have a shroud half way through being woven on the loom referencing the death shroud that Penelope was supposed to be weaving, and the sound emanating from the ticking clocks will fill the room as a reminder of time passing by, second by second. This is a candid visual interpretation of Penelope’s story that plays with the idea of the weight of time, the pressure that one feels against it and the impossibilities to ever regain it.

Eloïse van der Heyden is creating a scene using her signature style of printing using various textiles onto paper whereby concepts of fusion, separation, love and solitude are explored. Imprints of loved ones that have been embraced and are now gone. This particular body of work will be a series of mono prints onto Japanese paper. The patterns of the textiles will appear subtly and disappear again by the way that they have been inked. It acts as a game where presence and absence are in union through the same gesture. This reiteration symbolises Penelope’s perseverance as well as representing the work of craftsmen, artists and all people seeking meaning through the repetition of gesture.

Walter & Zoniel and Soojin Kang have been invited to create new performative works that will be live on the 7th Jan. Remnants of these performances will be available to view throughout the duration of the exhibition and Walter & Zoniel will be hosting further workshops in their room. Please visit the website for further information about these and other events.

Penelope’s myth also embraces all of the concepts developed by Homer in the Odyssey. These notions include travel, perseverance, the initiative journey, spiritual growth, home and family, deceptions of reality and comradeship amongst many others, these themes can be witnessed throughout the exhibition and in particular in the group show featuring relevant works by artists selected by the collective.