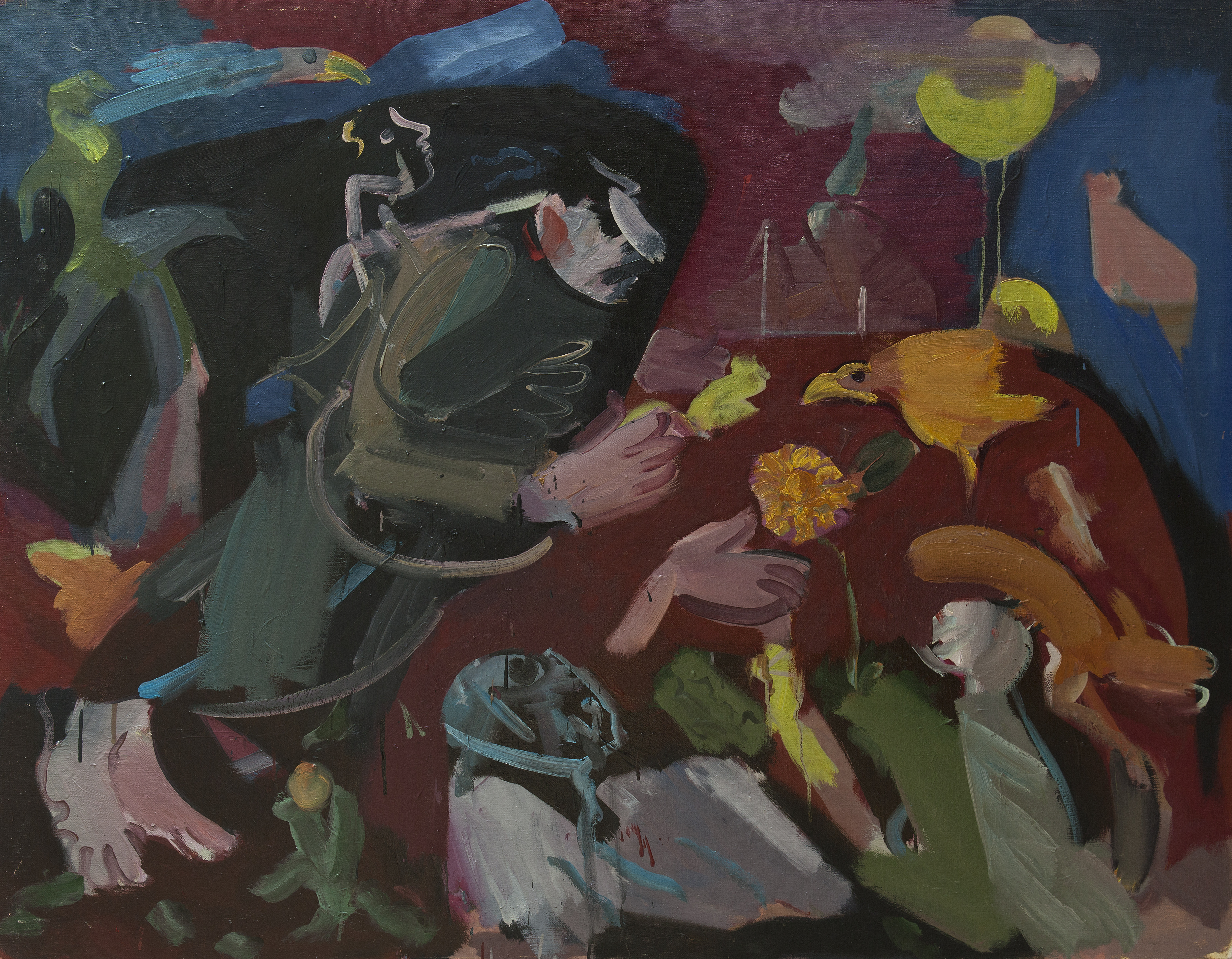 Orion Stumbles is a fascinating collection of late paintings by Francis West (1936-2015). Rarely visualised in the history of art except for one known work by Nicolas Poussin, the ancient classical myth of Orion, the blind hunter who walks across the sea to be healed at dawn by the sun-god, has been celebrated by postmodern thinkers such as philosopher, Maurice Blanchot as a symbol of the visionary poet who, like Odysseus in the underworld, descends to the darkest places and returns to give depth to life.

The title of this exhibition is taken from a line in one of West’s poetry notebooks and is also the subject of Orion (2014). West liked this work for its fluent correspondences between paint, process and poetic subject matter. The work is set between a wild night forest and the dawn of a wind-blown seashore.

Paintings by West draw on his profound knowledge of literature, his imaginative visions and experiential memories of living and working in the south of France. The paintings have an abstracted sense of site-specificity, drawing on the physical features and atmospheric light of the Mediterranean, beauty spots such as Menton and the wilds of Montagne Noire.

The exhibition focuses on Orion, alongside a number of West’s Nocturnes – dark places of wild enchantment. The most visionary, dream-like Nocturnes provide a contemporary equivalent for the dark humour, mystical and moral practice of Hieronymus Bosch. West enjoyed Bosch’s medieval irony and creative use of ‘the grotesque’, strategies of fantastic distortion and metamorphosis, which he also used to find form for the human condition with its enduring themes of love and desire, fear and foolishness, madness and freedom. The Nocturnes journey through luxuriant and exotic forests teeming with birds, wild beasts, undiscovered species and buried body parts. 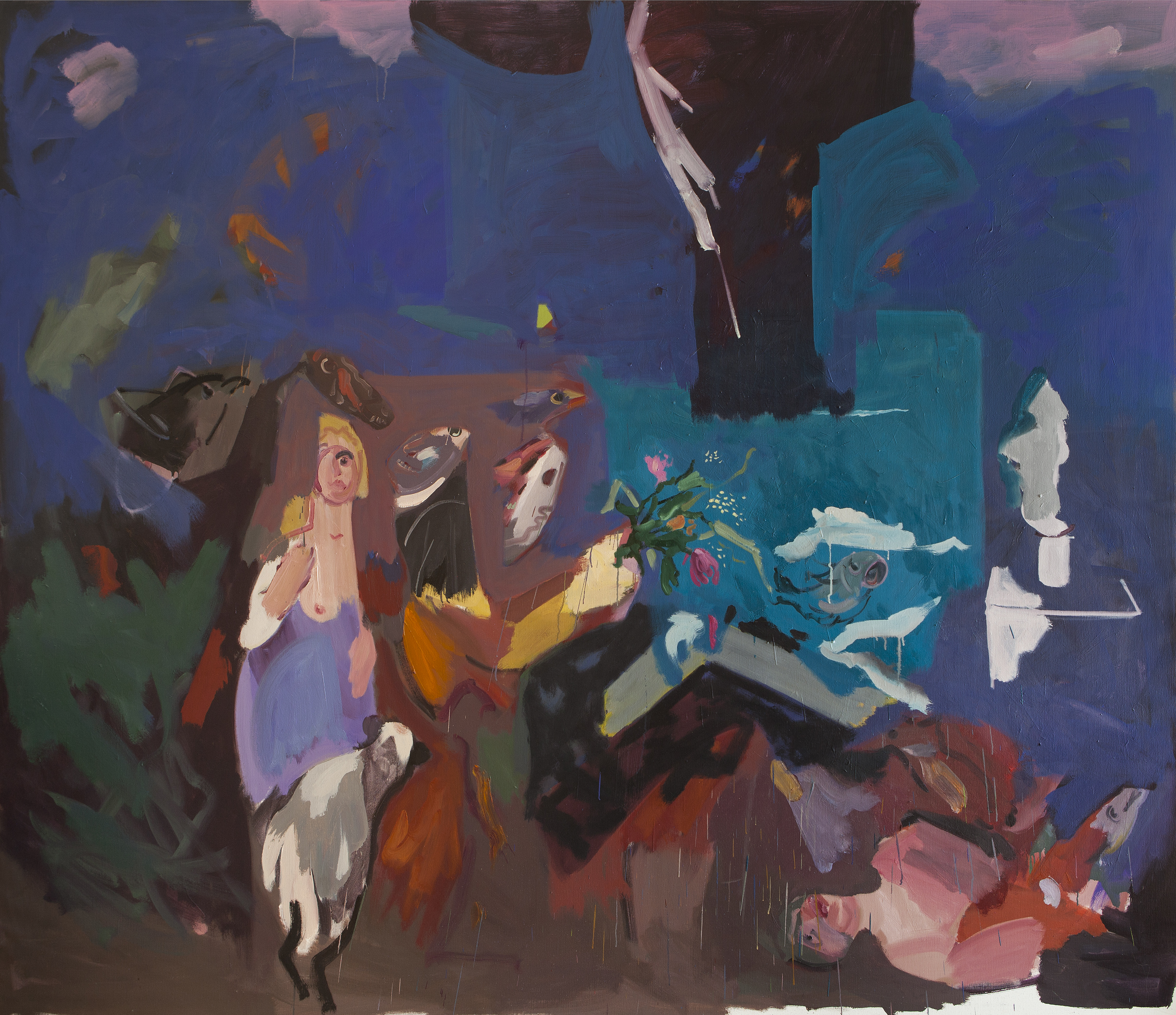 Perhaps the most extraordinary and unforgettable experience of the exhibition is to see West’s ambitious painting, Death of A Poet (2015), worked on from his deathbed in late 2015, with his wife’s support. It is rare to experience an artist’s last work that consciously addresses the theme and onset of death. There is nothing overtly depressive or fearful here. An expansive field of lavender and blue vibrates like a heat haze establishing an unbounded liminal space for the spirit. There are suggestions of an interior and exterior landscape simultaneously.

Francis West continued to push forward with strength and full commitment to his creative quest to see for us in the darkest places. He worked to find form for the very moment of the artist/poet’s death. He shaped a shadowy figure of collapse, just visible in the half-light in the bottom corner, but then opened up the work to a new becoming with the addition of the hawk-like bird readying itself to fly. 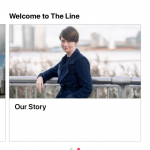 The Line Art Walk has launched a new, free digital guide to explore the public art, nature and heritage along the 3-mile route on the Bloomberg Connects App 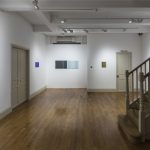 Hidden amongst antiquarian objects are the abstract gems of Tess Jaray.